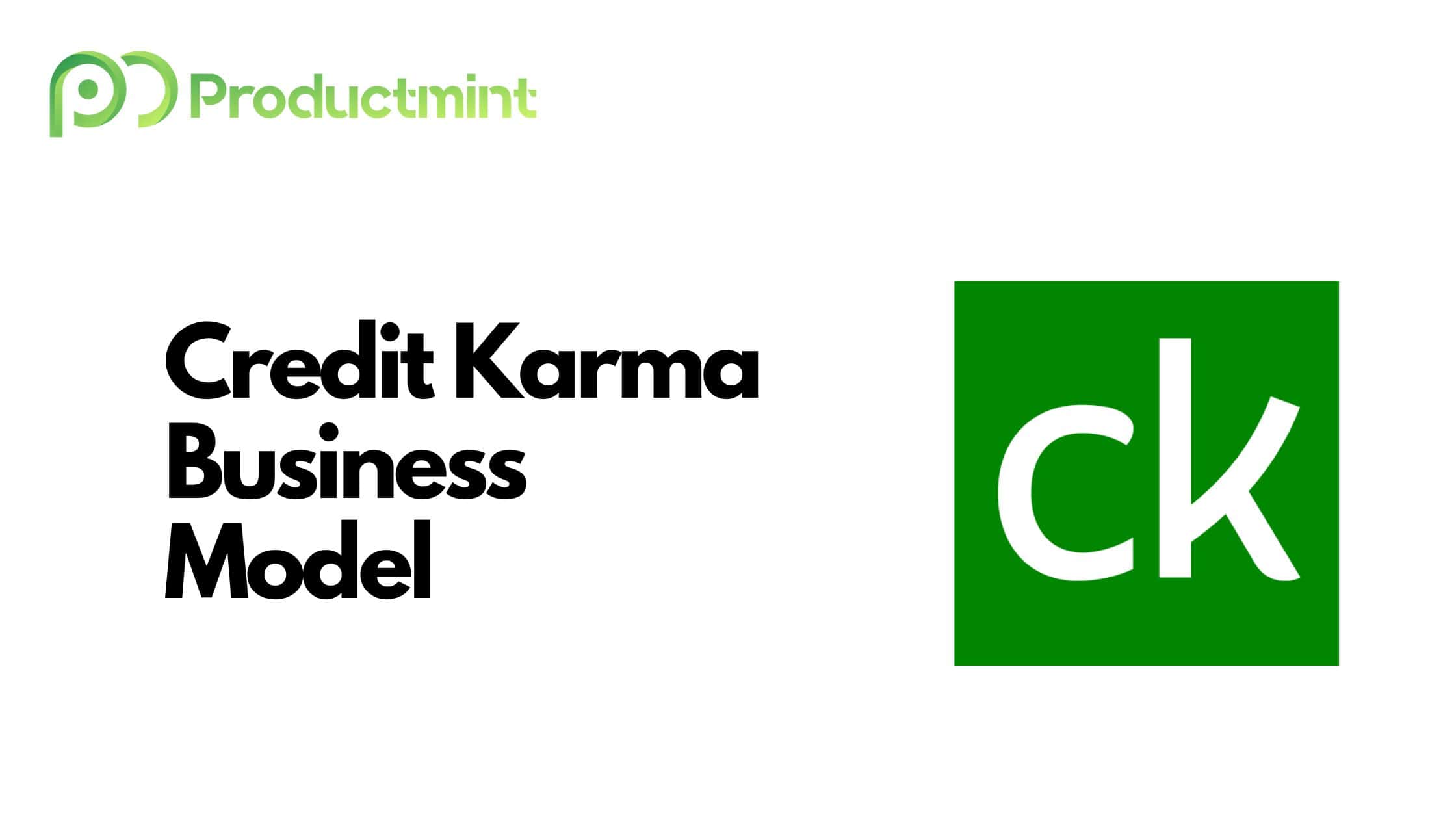 Credit Karma is a personal finance company that is best known for providing credit scores free-of-charge. It allows users to access their credit data at any time.

Credit Karma makes money through referral fees, interchange fees, as well as interest on cash. The company operates on an affiliate business model.

Founded in 2007, Credit Karma has become widely successful. Over half of all U.S. millennials now use the service. The continued success led to the company’s acquisition in 2020 when Intuit paid a combined $7.1 billion in cash and stock.

Credit Karma is a FinTech company that focuses on making credit data transparent and readily available to consumers.

Consumers can sign up via Credit Karma’s website or one of their mobile apps (available on Android and iOS devices) within a few minutes.

Once everything is set up, users can access their credit scores – free of charge. A person’s credit score determines their eligibility for other financial products, such as loans or credit cards. If a person’s score is too low, a lender can choose to decline their application.

The report includes information such as the number of accounts in good standings or the percentage of payments made on time. The report may also notify someone if they are suspected of having their identity stolen and used without authorization.

Credit monitoring allows consumers to stay on top of their credit scores by receiving notifications when meaningful changes occur.

Credit Karma sources its data from Equifax and TransUnion, two of the country’s three major consumer credit bureaus (excluding Experian). The credit data is based on the VantageScore 3.0 model, which was released in 2013.

Lin himself immigrated to the United States from China at the age of 4. He grew up in Las Vegas, where his parents worked blue-collar jobs.

Furthermore, Lin became the first of his family to graduate college with an Economics degree, which he earned from Boston University.

Post-graduation, Lin held various roles in the consulting and finance space. Meanwhile, he kept experimenting with business ideas on the side.

One of his ideas centered around buying computer parts at wholesale prices and selling them online on the web. Later, he dangled with opening an internet café in Boston’s Harvard Square.

Eventually, in 2007, he took a leap of faith and, together with Graciano and Mustard, went on to start Credit Karma.

The idea for launching Credit Karma arose from his own frustrations with retrieving his credit score. At the time, similar services already existed, but had a shaky reputation at best.

Over the years, consumers were misled by websites offering “free” credit reports which had more than a couple of strings attached. After registering for these supposedly free reports, those deceiving sites would then start charging unsuspecting users on a monthly basis after their trial periods ended.

In March 2008, Credit Karma launched its platform right into that environment. On top of the troubling stigma, the financial crisis was on full steam, making it hard to raise any sort of funding.

Luckily, Credit Karma became a hit with consumers right of the bat. Major news outlets like CNN or CNBC were running stories on the young company. The catch? None. Credit Karma was, in fact, free of charge without any hidden fees attached.

But not all was rosy during those times. Around the same time, in 2008, Credit Karma received a 30-day termination notice for its business relationship with TransUnion, which Credit Karma used to access the credit score data.

If that crucial relationship were to end, Credit Karma would have no credible data source to use for its credit scoring. Lin immediately sent out an email to John Danaher, the president of TransUnion Interactive, the agency’s consumer subsidiary.

In the email, he was highlighting the startup’s potential and all the benefits it could provide for TransUnion going forward. Luckily for the team, TransUnion agreed to terminate its notice and instead focused on widening its partnership with Credit Karma.

A year later, Credit Karma announced their first round of funding, raising $2.5 million from Founders Fund, SV Angel, and others.

In the following years, Credit Karma continued to expand by raising even more cash, adding more features such as a tax calculator, expanding into new verticals (mortgages, for instance), and acquiring 8 startups (such as Claimdog in 2017 or Noddle in 2018).

Rumors of a potential IPO kept swirling around for almost half the decade but were put to rest when, in February 2020, software giant Intuit announced it would acquire Credit Karma for a whopping $7.1 billion in cash and stock.

As a result, Credit Karma decided to eventually sell its tax business. In November 2020, payments processor Square announced that it would acquire the tax business unit for $50 million.

Soon after, the Justice Department cleared Intuit to proceed with the acquisition of Credit Karma.

Simultaneously, Credit Karma launched its first checking account (along with a debit card powered by Visa). The move puts it in direct competition with other neobanks like Chime or Dave.

As it appears, the company’s growth seems undeterred from the increasing competition. In May 2021, for instance, Credit Karma announced a $13 million investment to expand its Charlotte office, with the intention to hire an additional 600 people.

Unfortunately, not everything was always going according to plan. In September 2022, the FTC levied a fine of $3 million on Credit Karma. The regulator accused the firm Credit Karma of enticing consumers to apply for credit card offers that they often did not qualify for.

Today, Credit Karma employs over 2,000 people across offices in the United States, the United Kingdom, and Canada. Over 110 million members are part of their platform, including almost half of all U.S. millennials.

How Does Credit Karma Make Money?

The company operates on an affiliate business model. It creates value by aggregating information on hundreds of financial products, ranging from credit cards to insurances, and presenting them to customers in an easy-to-understand manner.

However, the backbone of its growth engine are the free credit scores and reports it provides.

Consequently, the more users Credit Karma signs up, the more it can cross-sell them into ancillary offerings.

And since Credit Karma has a detailed overview about a user’s spending habits and credit worthiness, it can make substantially better recommendations than of its competitors.

So, without further ado, let’s take a closer look at each of Credit Karma’s revenue streams in the section below.

Credit Karma’s primary driver of revenue are the referral fees it collects. The company receives a payment whenever one of its users signs up to a service or product that the company recommends on its platform.

The company built a quasi-marketplace in which consumers can compare different financial products. Credit Karma advertises in product categories such as:

Because Credit Karma has a front-row seat to its user’s credit data, it can identify what products and services would best fit their needs.

Examples include a user’s spending habits (Credit Karma launched a free savings account in 2018) or the timeliness of loan payments allows them to assess if that user might be ready to refinance their house loan or be interested in getting a rewards credit card.

More precisely, Credit Karma collects more than 3 terabytes worth of data a day on its members and feeds said data into hundreds of algorithms. But, as the company repeatedly has emphasized, it does not sell off its user’s data. Nevertheless, over the years, it had received multiple lucrative offers to do so according to Lin.

Additionally, the company also takes data from Intuit’s product suite, in particular TurboTax, into account. Customers can now even receive their tax refunds directly into their Credit Karma checking accounts.

In general, Credit Karma’s focus has always been to offer all its products free-of-charge. For instance, its tax calculator, which was launched in 2017, allows users to file their taxes (it has since been sold off to Square and been integrated into its Cash App ecosystem).

On top of that, Credit Carma provides a plethora of educational content aimed at helping users to better understand and improve their personal finances. This, in turn, creates more trust, awareness, and engagement.

In the company’s early days, Lin had to do a lot of convincing that Credit Karma was in fact free-of-charge and without hidden cost. He became a frequent commented on various finance-related forums and even hosted a Reddit AMA to answer questions about Credit Karma.

In some instances, the company even started tracking Reddit users who would come to their defense in the comments section. They’d then reach out and prompt them about what they would like to see improved.

One example was that users were frustrated with inaccuracies in their credit reports. Credit Karma launched Direct Dispute in response, which allowed users to file complaints if they felt their scores were inaccurate – in a matter of clicks.

Credit Karma took that very same mindset of customer obsession and convenience, inspired by Amazon, and rode it to a multi-billion dollar exit.

It, however, isn’t the only company monetizing this way. U.K.-based ClearScore, for example, utilizes a affiliate-based business model. In the United States, sites like NerdWallet and Mint.com have adopted similar monetization strategies as well.

In September 2020, Credit Karma announced that it would introduce its first-ever checking account (called Credit Karma Money). The account comes with a Visa debit card.

Whenever you pay with a debit card, a so-called interchange fee is applied. The debit card itself is issued by Visa.

In the United States, Visa’s interchange fees are normally between 1.4 percent to 2.5 percent. A portion of that revenue is then shared among Visa and Credit Karma.

Moreover, Credit Karma has also launched a cashback reward program (in partnership with Cardlytics) back in June 2022.

The goal of the cashback reward program is to incentivize customers to use the card more often. This not only generates interchange revenue for Credit Karma but also provides it with additional data on its users’ spending habits.

Lastly, Credit Karma likely receives a fee from the companies in the cashback program. That fee is then shared with Cardlytics.

Credit Karma is just like any normal bank. They use the cash on users’ accounts to lend it out to other institutions, such as said banks.

However, users shouldn’t fear loosing their money. Credit Karma’s accounts are FDIC-insured for up to $5 million.

According to Crunchbase, Credit Karma has raised a total of $868 million across 8 rounds of venture capital funding.

Notable investors into the company include the likes of Tiger Global Management, Founders Fund, Google Capital, Silver Lake, Felicis Ventures, and many others.

When Intuit announced it would acquire Credit Karma, it valued the business at $7.1 billion. Credit Karma would remain a standalone entity while still being run by CEO Kenneth Lin.

It was reported that Credit Karma amassed annual revenues of over $1 billion for the year 2019. This represents a 100 percent increase from 2017 when the company generated around $500 million in unaudited revenue.

In 2022, CEO Lin expects that Credit Karma will generate somewhere between $1.540 billion to $1.565 billion in annual revenue.