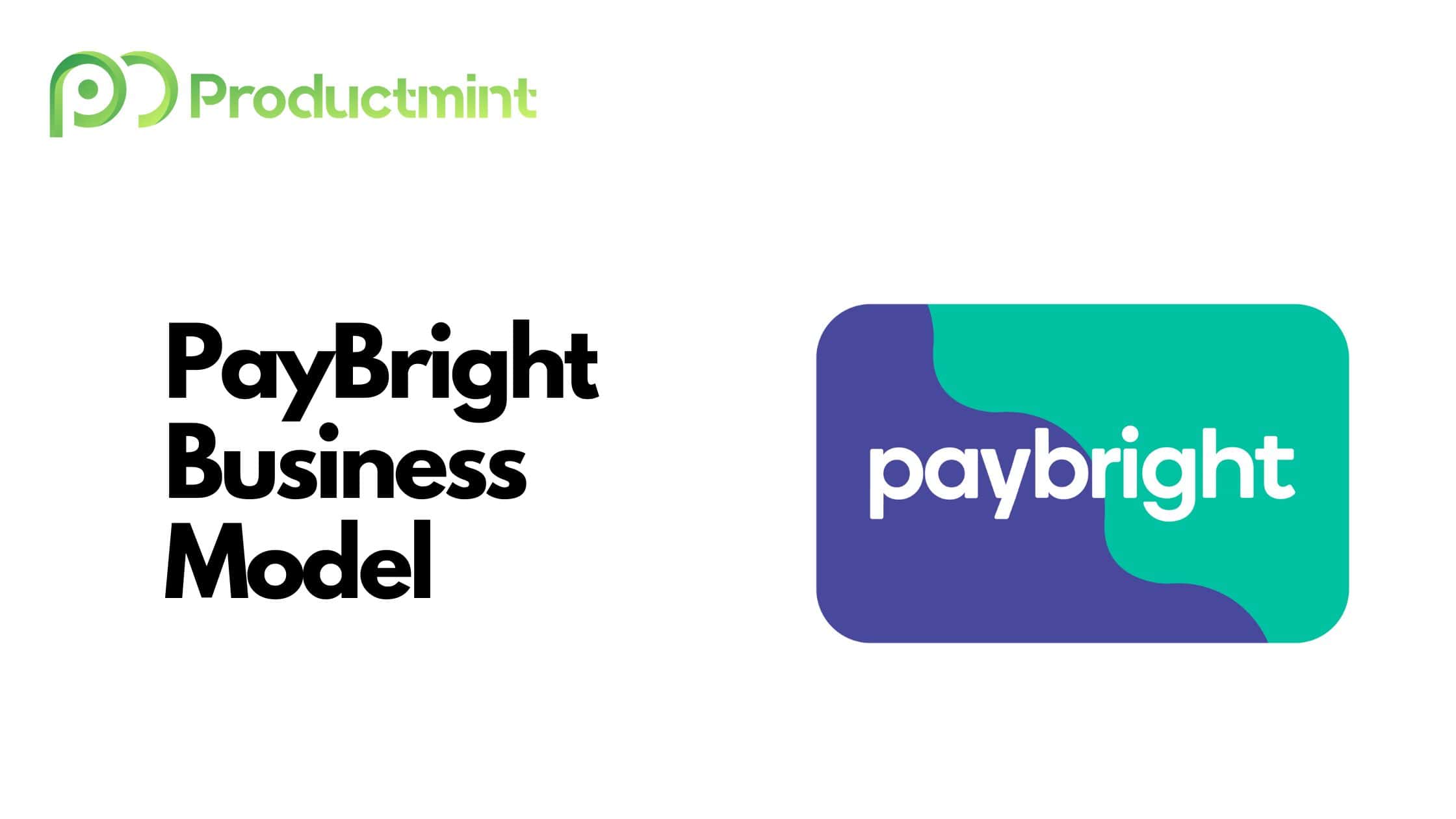 PayBright is a FinTech company that provides ‘Buy Now, Pay Later’ solutions to both customers and merchants.

PayBright makes money by charging a variety of different fees to both customers as well as merchant partners.

Founded in 2009, the company has managed to become one of Canada’s leading consumer financing providers. PayBright was acquired by Affirm for CA$340 million in December 2020.

PayBright is a FinTech company that provides ‘Buy Now, Pay Later’ (BNPL) solutions to both customers and merchants.

The firm’s payment plans enable customers to break down the cost of a purchase into biweekly or monthly payments.

Customers then have up to 60 months to repay what they owe PayBright. The firm’s service does not impact a customer’s credit score nor does it charge fees (interest is being charged on some of its loans).

Using PayBright is as straightforward as it gets. Customers simply select PayBright as their preferred payment option when checking out.

One then either registers an account using their email or mobile phone number. After checking out, PayBright will send the first invoice two weeks (on biweekly plans) or a month later.

PayBright works together with some of the world’s leading brands including Apple, eBay, JACK & JONES, Samsung, and more.

In fact, PayBright works together with over 7,000 merchants and has accounted for more than CA$2 billion in consumer spending thus far.

The company, furthermore, has developed its own partnership program, allowing platforms like Adyen, Magento, or Shopify to tap into the firm’s financing solutions. PayBright, for example, can then be offered as a payment option if you run your own Shopify store.

PayBright, which is led by Wayne Pommen and headquartered in Toronto, Canada, was launched in late 2017.

However, the company actually goes back all the to 2009. The service was started as Health Smart Financial Services by James Fox and James Hyssen.

In January 2017, they rebranded the business into PayBright. Furthermore, PayBright expanded by offering payment solutions to companies outside the healthcare industry.

After a trial period that lasted a few months, it officially unveiled the new PayBright in November 2017. It effectively became the first instant financing solution for e-commerce in Canada, providing businesses with loans of up to CA$5 million per month.

At launch, it already had 2,500 merchants that it partnered with. These merchants originated from its previous financing business. In fact, PayBright had managed to approve over $250 million in consumer credit before its relaunch.

Heavy hitters such as Wayfair would soon join the service as well. By September 2018, PayBright had grown to over 3,000 onboarded merchants. That same month, the team managed to raise $26 million from iA Financial Group and the Canadian Business Growth Fund.

The funding was primarily used to increase the firm’s merchant base and build additional partnerships. In March 2019, for example, it announced a partnership with Klarna. PayBright was unified into Klarna’s reverse integration platform, allowing it to connect directly to Klarna and its merchants.

A month later, PayBright raised another $34 million in growth equity from goeasy. At the time of funding, PayBright had already over 4,700 merchant partners and approved more than CA$1 billion in consumer credit.

It capped 2019 off by being named the FinTech Company of the Year at the 5th Annual Canadian FinTech & AI Awards. However, this wasn’t by far the biggest boost to its business.

The coronavirus pandemic, which broke up in early 2020, led to a significant shift in consumer purchasing patterns. Many shifted their shopping towards online stores, many of whom offered PayBright as an additional checkout option.

The shift towards online shopping, furthermore, allowed PayBright to ramp up its partnerships. It signed up word-renowned companies such as SHEIN, Samsung, and Sephora, among others.

Its growth also enabled PayBright to launch its first (national) advertising campaign during the summer of 2020. By the end of the year, its merchant count had swelled to over 7,000.

It, nevertheless, was somewhat of a surprise when, in December, competitor Affirm announced that it purchased PayBright for CA$340 million. CEO Wayne Pommen became Affirm’s Senior Vice President of Canada as a result of the acquisition.

The move was somewhat necessary as competition in the BNPL industry began to heat up. Australian provider Afterpay, for example, entered the Canadian market in January 2021.

At the same time, criticism regarding BNPL also started to accelerate. Consumer advocacy groups were highlighting the inherent risks of easy credit, more specifically that the companies in the industry encourage unhealthy spending patterns.

In spite of the increased scrutiny, PayBright continued to grow at a steady clip. In August 2021, for example, it signed up its biggest merchant partner to date: Apple. Unfortunately, the partnership had its issues, too.

A month later, when Apple released the new iPhone 13 series, users had issues completing their orders. The increased demand for Apple’s new mobile phone brought down PayBright’s site and led to errors during the checkout process.

How Does PayBright Make Money?

PayBright makes money by charging a variety of different fees to both customers as well as merchant partners.

Interest fees are only paid on certain types of loans. Pay in 4 plans (four bi-weekly payments for purchases under $1,000), for example, are completely free, meaning no interest and processing fees are being charged.

However, monthly payment plans, which can last anywhere between 3 to 60 months, impose interest fees on customers.

PayBright charges up to 29.95 percent in APR (Annual Percentage Rate). The actual rate is dependent on the length of the loan and borrowed sum.

PayBright, unlike other competitors in the space including Sezzle or Zip, does not impose late payment fees. Instead, customers are simply banned from using the service if they miss a payment.

On the merchant side, PayBright charges transaction fees. The transaction fee is not being disclosed to the public and, in all likeliness, negotiated between the two parties prior to entering the partnership.

But why would merchants agree to pay a transaction fee? The primary reason is increased sales and revenue.

PayBright claims that its BNPL solutions increase conversions by 25 percent, enhance the likelihood of repeat purchases by 20 percent, all while boosting the average value of an order by 30 percent.

Essentially, those merchants make those fees back (and then some) simply by partnering with PayBright.

It is then on PayBright to correctly assess the risk of a given payment defaulting. In the case of PayBright, it tries to minimize that risk by limiting the sum a customer can borrow as well as banning them if they fail to make a payment.

Its business model is thus predicated on maximizing the number of merchant partners that it works together with. This, in turn, attracts more customers to the platform who are eager to shop.

PayBright, according to Crunchbase, has raised a total of $60 million across two rounds of venture funding.

The company only had three investors, namely goeasy, iA Financial Group, as well as the Canadian Business Growth Fund.

The last time PayBright’s valuation has been disclosed was during its acquisition by Affirm in December 2020. The American BNPL leader paid CA$340 million to acquire the business.

Affirm has decided to not disclose any revenue figures for PayBright during its quarterly filing. It may do so once PayBright generates a significant amount of revenue.

PayBright is owned by North American BNPL provider Affirm, which purchased the service for CA$340 million back in December 2020.

But why did Affirm spend a significant amount of its cash reserves to purchase PayBright? The answer is diversification and synergies.

Affirm and PayBright essentially pursue the same types of customers and merchants. The two companies, in all likeliness, utilize similar securitization and risk assessment techniques to run their respective businesses.

Instead of spending tens of millions on marketing campaigns, Affirm got itself a head start in Canada by acquiring a well-known and trusted brand.

Moreover, the two companies can both integrate the merchants that the other business is missing, thus expanding their respective networks. Affirm, more or less, confirmed that sentiment.

“This combination creates a payment solutions platform with expanded scale and reach, resulting in a larger, more diverse merchant and consumer network,” Affirm said in a press release.

In fact, PayBright actually had a larger merchant network (7,000) at the time of the acquisition compared to Affirm (6,500).

The combined merchant network also provides both companies with greater negotiation power when either onboarding new merchants or renegotiating deals with existing ones.

Lastly, Affirm was deriving a third of its revenue from one merchant (Peloton) when it acquired PayBright. The acquisition, therefore, provided it with an opportunity to diversify its revenue, which ultimately increases Affirm’s independence.