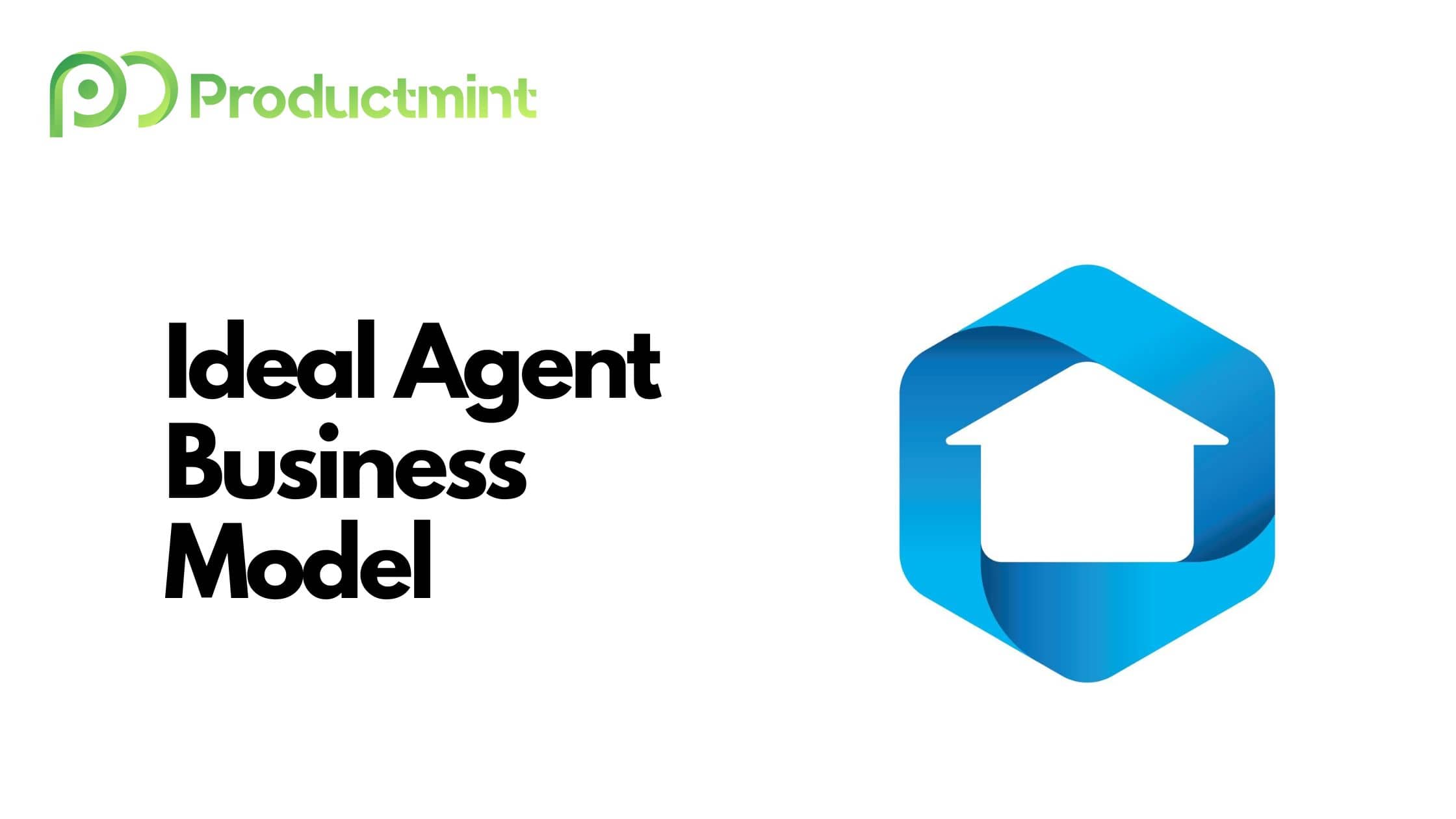 Ideal Agent is a technologically-enabled real estate brokerage that connects customers with the nation’s leading agents.

Ideal Agent makes money by charging a fee to the real estate agents in its network as well as by selling homes at a profit.

Founded in 2016, Ideal Agent is now one of the fastest-growing real estate brokerages in the United States.

What Is Ideal Agent?

Ideal Agent is a technologically-enabled real estate brokerage that connects customers with the nation’s leading agents.

Whenever you sell your house, you are required to pay your agent and the buyer’s agent. That fee normally is equal to about 6 percent.

Ideal Agent, on the other end, charges its sellers as little as 2 percent in commission. With the median sales price of a home in the U.S. being equal to about $440,000, this can lead to tens of thousands of dollars in savings for the seller.

But how is Ideal Agent able to offer such a low commission? For once, it does not employ the 2,000+ agents it works together with.

Instead, it utilizes artificial intelligence to match local, top-performing agents with clients that are willing to sell.

The agents it works together with have, on average, been working in the real estate industry for 14 years at leading brokerages such as Century 21 or RE/MAX. Furthermore, they complete up to 300 transactions a year.

As a result, Ideal Agent only accepts around 10 percent of the agents that apply to join its referral network.

After entering all required information about a given home, sellers will be matched with just one agent in their proximity. Sellers are not obligated to move forward with the agent, though.

However, if they do decide to work with said agent, then he or she will provide all essential services, ranging from the preparation of a Comparative Market Analysis (CMA) to listing one’s home on the best MLS and top real estate websites (like Realtor.com or Zillow).

And since Ideal Agent is digitally enabled and does not operate local offices, it is essentially available across all 50 states.

Ideal Agent, which is headquartered in Tampa Bay, Florida, was founded in 2016 by Steve Johnston and Chad Semans.

To say that CEO Johnston lives and breathes real estate is probably still quite the understatement. Residential real estate essentially runs through his blood.

His mother, for example, co-owned and operated Century 21 offices in South Florida. She worked at a time when you searched for a home within an MLS book, which was printed and distributed on a weekly basis.

Throughout the decades, those 6 percent to 7 percent commissions largely remained unchanged, even as home values skyrocketed.

The lucrativeness of selling homes prompted Johnston to pursue a career in real estate as well. After graduating from the University of South Florida in the mid-1990s and spending the following 7 years learning the ins and outs of the industry, he became a founder himself.

The company quickly rose to become Tampa’s leading brokerage. In 2005 alone, Johnston and crew, which also entailed Chad Semans, facilitated sales worth over $190 million. The second-placed brokerage ‘only’ did $59 million over that same time span.

However, unlike Ideal Agent, Johnston actually employed the agents on a full-time basis. This entailed paying fixed salaries, bonuses, as well as expensive office space and company cars.

While the business model worked like a charm during boom cycles, it quickly fell apart when the real estate market crumbled in 2008. The overhead cost simply became too much to bear, forcing Johnston to wind down the business.

Nevertheless, he was still captivated by the idea of providing brokerage services at feasible commissions. And there was certainly reason to believe that the model could ultimately work.

For example, U.K.-based Strike has built one of the nation’s leading brokerages without charging any fees. Instead, it makes money on ancillary services as well as referral fees.

“I’m finishing what I started. It’s been 17 years,” Johnston said in an interview with The St. Pete Catalyst. “I’m very passionate about real estate. Quite a few of the original people who were at Home Discovery have come back to help with this one. We’re excited to have a different angle that gets better results.”

Those people, which include co-founder Chad Semans, began working on Ideal Agent back in early 2016. A year later, Ideal Agent was finally unveiled to the public.

The launch would consequently be accompanied by a set of TV commercials that prominently featured founder Johnston.

And it seemed like the founders learned from their mistakes. Two years into the business, the company still only employed about 10 people.

By the beginning of 2019, the model had proven to be successful enough to be rolled out nationwide. The expansion was, furthermore, accompanied by a national TV campaign.

The Covid pandemic in particular accelerated the firm’s sales. “When Covid hit, we had a decision to make – we could’ve either preserved cash and stop the advertising or, we kept the advertising. What happened was people went home, advertisers pulled out of the market because they couldn’t sell, our rates went down on the costs and the ratings went through the roof,” Johnston recalled in another interview with The St. Pete Catalyst. “We couldn’t show houses, we couldn’t list houses, but people were still calling and wanting us, and we took off during Covid. I have never looked back.”

In order to take advantage of the heated housing market, Ideal Agent raised another $5 million in Series A funding led by appraisal management company Incenter. The two firms also entered into an agreement to improve the experience of buying or selling a home, for example by making title agency services available directly on Ideal Agent.

Over the course of the coming months, investors such as GHS Holdings contributed another $15 million (for a total of $20 million) to the firm’s Series A round.

The exponential growth also allowed Ideal Agent to enter another industry in June 2022: home buying. While the likes of Zillow and Opendoor were either shutting down their home buying divisions and/or suffering huge losses, Ideal Agent doubled down on the segment.

Ideal Agent even managed to attract high-level execs from competitors. In September 2022, for example, it hired Gayln Ziegler, previously the COO of Keller Offers, the iBuyer division of Keller Williams.

How Does Ideal Agent Make Money?

Ideal Agent makes money by charging a fee to the real estate agents in its network as well as by selling homes at a profit.

As previously stated, the company imposes a seller fee of at least 2 percent. In more complex cases, said fee can be as high as 4.5 percent according to Trustpilot reviews.

Ideal Agent is able to charge such low fees due to its proprietary technology, which automatically connects high-quality leads (= sellers) with suitable agents in the respective locality.

For example, the company utilizes a variety of algorithms that scrape popular sites like Redfin, Trulia, or Zillow and automatically contact the best-performing agents to invite them into its network.

In addition, it utilizes performance-based systems to select the best agent for a particular home sale based on his or her past performance and expertise.

Furthermore, the agents in its network are coached by a company-internal team, which ensures that they provide the best service possible.

Acting as an intermediary, which essentially equates to a marketplace business model, offers various advantages.

First, Ideal Agent is not required to employ the agents in its network. This leads to significant cost reductions as the firm does not have to pay for salaries and other amenities.

Second, the model itself is highly scalable. Since it does not require a physical presence, it can technically be rolled out across the country and abroad by the proverbial flipping of a switch.

Lastly, the greater its network becomes, the better the agent recommendations that Ideal Agent makes. This, in turn, increases the likelihood of a successful sale, which raises awareness for its services.

And the greater the awareness and perceived benefits, the easier it becomes for Ideal Agent to onboard new agents.

Additionally, being tech-powered allows a startup to command higher valuations and thus raise more money. The most prominent example in the real estate industry is Compass, which has grown into one of the nation’s largest brokerages within a few years, largely by raising billions in funding.

Ideal Agent has since expanded from simple matching services to accompanying the whole buying and selling process – a platform it calls Connect.

This is also where its second income stream, namely that of buying homes directly from sellers, comes in.

In the past few years, so-called iBuyers have taken the industry by storm. These companies purchase homes directly from sellers, offering convenience and speed in exchange for a lower price.

Most of those purchasing decisions are algorithmically driven. As a result, iBuyers often only purchase homes that fit certain criteria, namely single-family homes built after 1960 that cost anywhere between $125,000 to $500,000 (criteria may vary depending on the firm’s appetite for risk).

The purchasing price of those homes tends to be easier to calculate, which in turn decreases overhead and allows them to flip homes faster. And since iBuyers operate online, they can often take advantage of their website’s traffic and thus resell homes a lot faster.

Ideal Agent, therefore, makes money whenever it is able to sell a home for more than it was initially purchased for, minus the cost for things such as restoration, preparation, and so forth.

It has to be noted, though, that Ideal Agent works together with outside investors who provide the capital to purchase homes. In all likelihood, it only receives a commission from those investors whenever it facilitates a sale.

Detailed shareholding figures are currently not being disclosed since Ideal Agent remains in private ownership.

However, there are a few data points that help us dissect how much the founders still own. They have raised two rounds of funding thus far, namely:

The above calculation assumes that the two funding rounds were equity and not debt-based. Therefore, Johnston and Semans should still own around 70 percent of Ideal Agent.