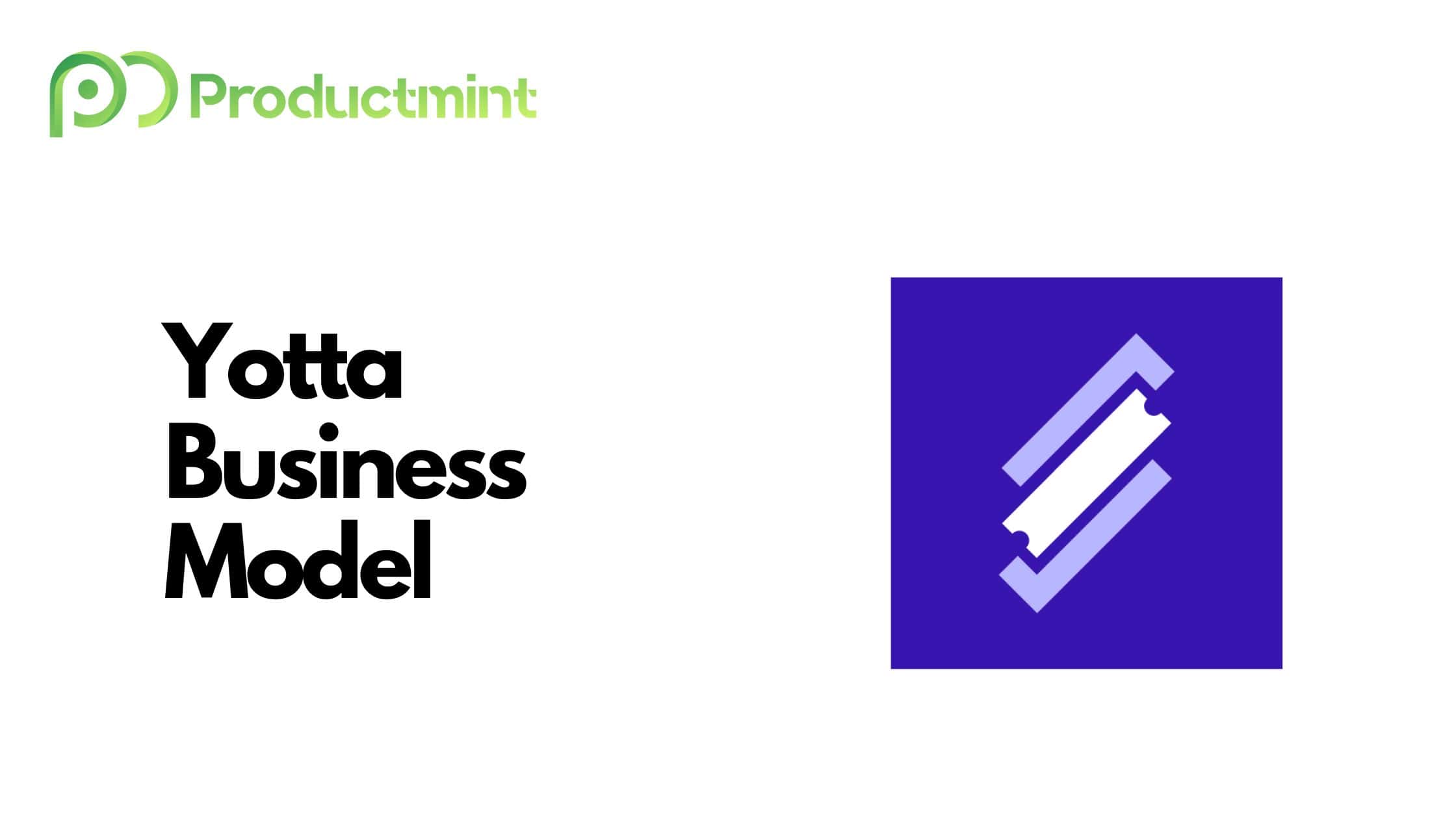 Yotta is a FinTech company that offers a bank account that rewards users for saving money by allowing them to enter sweepstakes.

Yotta primarily makes money via interest generated from customer deposits as well as interchange fees whenever someone uses its credit and debit card.

Launched in 2020, the founders have managed to raise $16.6 million in funding for the business thus far.

Yotta is a FinTech company that offers a bank account that rewards users for saving money by allowing them to enter sweepstakes.

Not only do customers earn money via fixed interest rates, but Yotta’s users can also earn prizes of up to $10 million every week.

With Yotta, every $25 you save provides you with one ticket into weekly prize drawings. Users then pick seven numbers. A number is drawn every night at 9 pm by a third-party insurance company.

That very same insurance company, given that Yotta is still in its nascent stages, would also compensate the user in case someone wins the $10 million price pot.

At the end of the week, the more numbers you matched with, the higher the prize you will be awarded.

Partial matches, for instance only hitting two out of six numbers (plus one bonus number), will also allow users to earn rewards. Users can, furthermore, pool together to increase their odds of winning.

Yotta also provides users with a debit and credit card powered by Mastercard. For every $10 spent, users earn one ticket for the upcoming drawing. At times (2 percent chance of winning), Yotta even pays for your complete purchase.

Other features that Yotta offers include the ability to pay other users free of charge (like Venmo), set savings goals, invest in bonds, hold and earn interest on crypto stable coins (USDC), set up recurring payments, and get paid up to two days in advance.

It has to be noted though that Yotta itself is not a licensed bank. Instead, its banking license is provided by Evolve Bank & Trust, which allows Yotta to offer FDIC insurance of up to $250,000.

Yotta itself can be accessed by visiting its website or downloading the firm’s mobile app, which is available on both Android and iOS devices.

Detailing The Founding Story of Yotta

Yotta, which is headquartered in New York City, was founded in 2019 by Adam Moelis as well as Ben Doyle.

CEO Adam Moelis graduated with a degree in economics at Wharton. After stints at banks such as Goldman Sachs, he eventually pivoted towards a career in tech, working as a Product Manager for marketing research firm YipiData.

Yotta’s CTO Ben Doyle, on the other hand, had somewhat of a reverse path. After completing his Computer Science studies at the University of Michigan, he went on to work as a trader and investment associate for companies such as Bridgewater Associates.

In 2015, he launched his first company named Entrypoint, a self-service development platform for VR content creators. They even went on to raise $2 million from the likes of Two Sigma Ventures but ultimately shut the firm down back in 2019.

Luckily for Doyle, he already had his sights on the next opportunity. The two founders met each when Moelis’ cousin introduced him to his roommate, which happened to be Ben Doyle.

However, the inspiration for launching Yotta actually came from overseas. The United Kingdom, since the 1950s, has issued Premium Bonds that reward people for investing money.

Every £1 someone invests into those bonds equates an entry to a weekly lottery. More than two million prizes are paid out each month, with prizes ranging from £25 to £1 million. Over 23 million people participate in those drawings every month.

Offering prize-linked savings accounts has been legal in the United States for a few years thanks to the 2014 American Savings Promotion Act.

Meanwhile, in the United States, almost 40 percent of all citizens can’t come up with $400 in an emergency. Furthermore, around 5 to 6 percent of all households are still unbanked.

And to make matters even worse, Americans spend $80 billion on the lottery every year (equal to around $640 per household). With considerably lower chances of winning, playing the lottery is one of the worst financial decisions one could make.

With those issues in mind, the founders sought to build a financial product that rewards users for saving their hard-earned money instead of throwing it away.

In October 2019, Doyle and Moelis officially began working on the product. Around ten months later, in July 2020, and during the height of the Covid pandemic, they officially unveiled Yotta to the public.

Just weeks after the launch, the two founders were accepted into prestigious startup accelerator Y Combinator, which not only provided them with $125,000 in seed funding but exposure to world-class investors.

In September 2019, Yotta announced a $3.3 million seed round from a group of investors including Chapter One, TwentyTwo VC, FundersClub, and more.

But this is not where the funding story ends. One other key investor in the round was YouTube star Graham Stephan who created the following video after his investment:

Not only did the video itself blow up but it prompted other YouTubers to post reaction videos to his original video. And that, in return, allowed Yotta to onboard tens of thousands of new users.

Their innovative business idea earned Doyle and Moelis a spot on Forbes’ 30 under 30 list and allowed them to raise even more funding just three months later.

In January 2021, Yotta raised another $13.2 million in Series A funding from the likes of Base10 Partners, Slow Ventures, and more. Over 130,000 people had signed up for an account at that point while 90,000 of those were holding a balance.

However, after that initial publicity, it was now time to focus on improving the product experience. Over the coming year, Yotta introduced a variety of new features and products including a debit and credit card, the ability to invest in bonds, allowing users to send money to each other, and so many more.

In recent times (May 2022), Yotta has introduced its first-ever affiliate program, which rewards content creators for recommending its service. This likely indicates that the firm is, once again, focusing on growing its user base now that a sufficient product experience has been put in place.

How Does Yotta Make Money?

Yotta primarily makes money via interest generated from customer deposits as well as interchange fees from using its credit and debit card.

Despite not being a licensed bank itself, Yotta has adopted a business model that is very reminiscent of how a traditional bank generates revenue (more on its income streams later).

What separates it from a traditional bank is that it actually incentivizes users to save and not spend frivolously. Many of today’s banks generate a significant portion of their income from overdraft fees. As a result, they are not incentivized to promote responsible financial behavior

Yotta flips that concept on its head by utilizing behavioral psychology to help nudge people to make financially smart decisions.

Interestingly, it is not the only startup doing so. Omaze, which allows users to enter sweepstakes in return for donating money to charitable causes, has raised hundreds of millions for charities that way.

So, without further ado, let’s take a closer look at each of Yotta’s revenue streams in the section below.

Yotta’s customers can earn up to 0.40 percent in interest (APY) on the deposits they hold in their accounts.

However, Yotta does not just hand out money because they are noble people. Instead, the money held in its account is used to lend it to other organizations that pay a (substantially) higher interest rate in return.

Technically, Yotta itself is not doing the lending since it is not a licensed bank. Instead, its partner bank Evolve Bank & Trust is the one doing so. Evolve is partnering with a variety of other FinTech ‘banks’ such as Marc Cuban-funded Dave.

And because Yotta, unlike traditional banks, is not operating any physical branches, it is able to significantly reduce its cost base. It can thus pass on those savings to customers in the form of greater interest rates.

The second key income stream of Yotta is the interchange fees it generates from the usage of its debit and credit cards.

Interchange fees are paid by the merchants that accept your payment for the goods and services they offer.

Interchange fees may vary depending on the payment processor (Amex, Mastercard, Visa) as well as the type of card (debit vs. credit card) that is being used.

Yotta, however, does not get to keep the whole fee. Instead, it shares interchange income with its payment processor (Mastercard) as well as partnering financial institution (Evolve Bank & Trust).

Monetizing users, who normally don’t pay account or overdraft fees, via interchange fees is a common tactic among modern-day FinTech startups. Neobank Chime, for example, derives the majority of its income from interchange revenue.

Interestingly, Yotta heavily incentivizes customers to use its card and thus maximize interchange revenue. For instance, credit card holders have a 2-percent chance of having their next purchase taken care of by Yotta. Users, furthermore, receive tickets for its lottery for every $110 they spend.

Yotta, according to Crunchbase, has raised a total of $16.6 million across three rounds of venture capital funding.

Notable investors include Y Combinator, Chapter One Ventures, Base10 Partners, Slow Ventures, YouTube star Graham Stephan, and many others.

Yotta, since it’s still privately owned, is not obligated to disclose revenue or valuation figures to the public. We may learn about either of those figures during a future funding announcement, though.