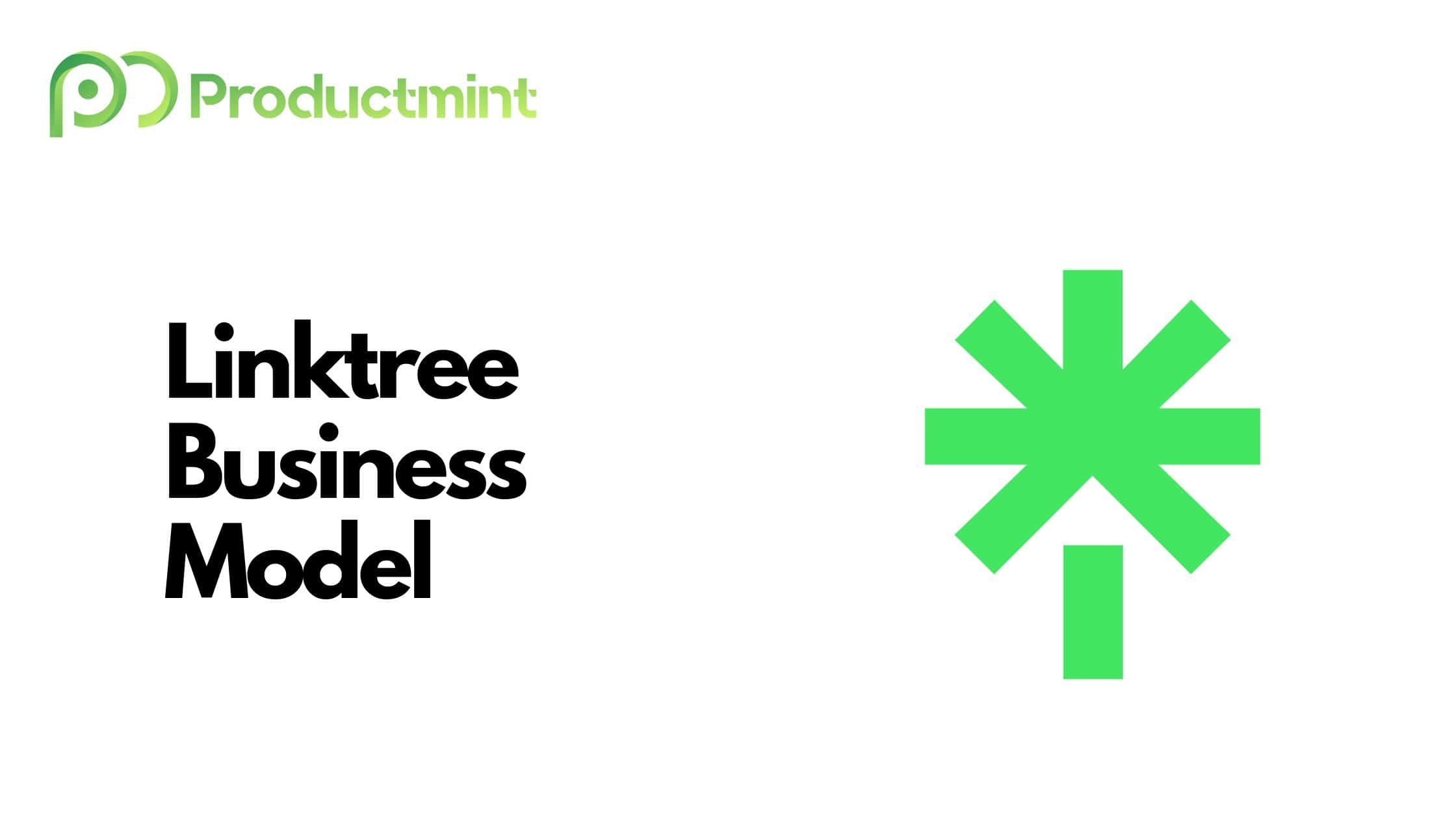 Linktree is a software product that enables its users to share various links to products and services on one single landing page.

Launched in 2016, Linktree has essentially created a whole new category and is the leading product in its industry. The company is currently valued at $1.3 billion.

First of All: How Does Linktree Actually Work?

Linktree is a software product that allows its users to create a simple landing page on which they can share various links.

The Linktree page can be customized to whatever the user wants to share. Linktree offers dozens of native integrations, enabling users to:

… and so much more. Linktree is primarily used by influencers in the social media space who want to share whatever is important to them with their followers.

Meanwhile, using Linktree is as simple as it gets. After setting up your account, which requires adding a username, email, and password, you will be given a unique Linktree URL that is based on the username you previously set.

Once the account is registered, you can customize the Linktree pages according to your personal preferences.

Furthermore, the premium version (more on that later) grants users access to a variety of additional features including analytics, setting up admins, the ability to embed your latest tweets or collect phone numbers, and so much more.

Linktree itself can either be accessed by visiting its website or by downloading its mobile app, which is available for Android and iOS devices.

Detailing the Founding Story of Linktree

Linktree, which is headquartered in Melbourne, Australia, was founded in 2016 by brothers Alex and Anthony Zaccaria as well as Nick Humphreys.

CEO Alex Zaccaria began studying entrepreneurship at RMIT University in 2007 but dropped out a semester into the program.

Over the coming years, he launched various businesses including an event promotions company and artist management service.

He eventually pivoted to agency life and founded Bolster, a digital agency for upcoming and established music artists, together with his brother Anthony and friend Nick Humphreys.

They would, among many other tasks, manage the Instagram accounts of bands, individual artists, and festivals.

Unfortunately, Instagram and many other platforms did not allow users to share links under their posts. To make matters worse, the platform also limited profiles to one link in their bio.

This would often force users to post the notorious “link in bio” reminders whenever they wanted to promote something.

Music artists, in particular, had their fair share of issues. One link would often not be enough to promote upcoming releases, concert dates, merch, other social profiles, and so forth.

Much like the many products we love using today, the founders simply wanted to solve the problems they faced in their day-to-day work at Bolster.

So, they commissioned a developer to come up with a first working prototype, which only took around six hours to get done.

But since they literally invented the category of mobile-friendly pages hosting various links, they didn’t initially realize what they just created.

Over the coming months and years, they essentially treated Linktree as a side hustle, meaning they continued to focus on Bolster, which now has over 50 employees.

As time went on, more and more people began using the platform. By the summer of 2019, over three million users had registered accounts on Linktree. One of them was popstar Alicia Keys whose registration brought on masses of new users.

A year prior, in 2018, the founders had decided to separate the two companies and slowly ramp up development efforts on Linktree.

However, it wasn’t until 2020 that Linktree literally exploded. The rise of the video platform TikTok as well as the Covid-19 pandemic brought on millions of new users. Additionally, the Black Lives Matter movement heavily utilized Linktree as well.

In October 2020, Linktree announced that it had raised $10.7 million in Series A funding. The company had grown from 10 to 50 employees over the course of nine months while amassing a user base of 8 million people.

And just a mere six months later, in March 2021, another $45 million was invested into the company. Celebrities like Selena Gomez and leading organizations such as HBO or Yves Saint Laurent had all signed up for the platform, which in turn prompted more users to check out Linktree. Additionally, 4 million users joined since the last funding round.

The funding was used to expand both Linktree’s geographic footprint as well as product suite. Weeks later, the founders opened up a second office in Los Angeles to be closer to many of the influencers that were frequently using Linktree (or could potentially become customers).

In May 2021, Linktree also launched a $250,000 grant called Passion Fund in partnership with Square (now Block) to support independent creators.

Three months later, it made its first-ever acquisition by purchasing content matching technology Odesli (formerly Songlink) to give the music artists on its platform more freedom.

Over the coming months, Linktree managed to close partnerships with the likes of Shopify, PayPal, Spring (formerly TeeSpring), and more.

Unfortunately, not everything was always going according to plan. In January 2022, the firm caught some flak for suddenly deleting the accounts of dozens of online sex workers. However, it turned out that those users were offering real-life sexual services, which both broke the firm’s terms of service as well as Australian law.

That move didn’t affect the firm’s growth too much, though. In March 2022, the founders managed to raise an eye-popping $110 million for Linktree, valuing the business at $1.3 billion (post-money valuation) in the process.

Linktree’s user count had swollen to over 24 million members at that point while the company itself was employing 230 people.

The founders used that money to introduce features such as being able to natively integrate NFTs and associated wallets, a marketplace featuring all available integrations, mobile apps for Android and iOS, and even rebranding the whole site.

However, all of those initiatives didn’t free the company from being affected by worldwide economic developments. The company, due to the ongoing worldwide recession, was forced to lay off around 50 of its 300-people-strong workforce in August 2022.

How Does Linktree Make Money?

A detailed overview of the various features that each pricing tier gives you access to can be found here.

In general, the higher tiers, especially Pro and Premium, are aimed at businesses because of the various integrations and reporting dashboards they offer.

The key difference between Pro and Premium, which is evident in the pricing, is that the latter provides subscribers with a dedicated Customer Success Manager as well as significantly shorter support response times.

Linktree has adopted a freemium model, which is a common strategy utilized by software companies, to grow its business.

The free version of Linktree provides users with all the necessary features they would need when starting out.

The marginal cost of onboarding a new user is pretty much neglectable, so the company can afford to have millions of users that do not pay for the product.

Those ‘free’ users essentially act as a marketing channel for Linktree by working with the product and talking about it.

And some of those users may eventually end up becoming customers if they manage to grow an audience on the platform(s) they’re active on. Linktree’s business model is then predicated on cross-selling them into those paid offers.

Going forward, Linktree plans to add additional monetization channels into the mix. For example, it already allows users to create their own mini-shops and could simply take a percentage fee from every sale it facilitates.

Linktree, according to Crunchbase, has raised a total of $165.7 million across three rounds of venture funding.

The company counts investors such as Greenoaks Capital, Coatue, Index Ventures, Insight Partners, and many others as backers.

Linktree is currently valued at $1.3 billion after raising $110 million in Series C funding back in March 2022.

The company does currently not disclose revenue figures to the public. It may do so during a future funding round or latest by the time it files to go public.

While Linktree does not publicize its ownership structure, it can be assumed that Alex and Anthony Zaccaria as well as Nick Humphreys still hold the majority of shares.

What we know is that investors during the firm’s Series C round injected $110 million into Linktree at a post-money valuation of $1.3 billion.

It’s not too farfetched to believe that the founders received similar terms during Linktree’s two previous funding rounds.

Why? Primarily because of how established the product was when they announced the first funding round (Series A) back in October 2020.

Linktree had already amassed a user base of 3 million people and was generating substantial revenues on the $6 in monthly subscription fees it was charging for premium accounts (it has since changed its pricing tiers as highlighted above).

We can therefore safely assume that Alex and Anthony Zaccaria as well as Nick Humphreys still own the majority of shares.