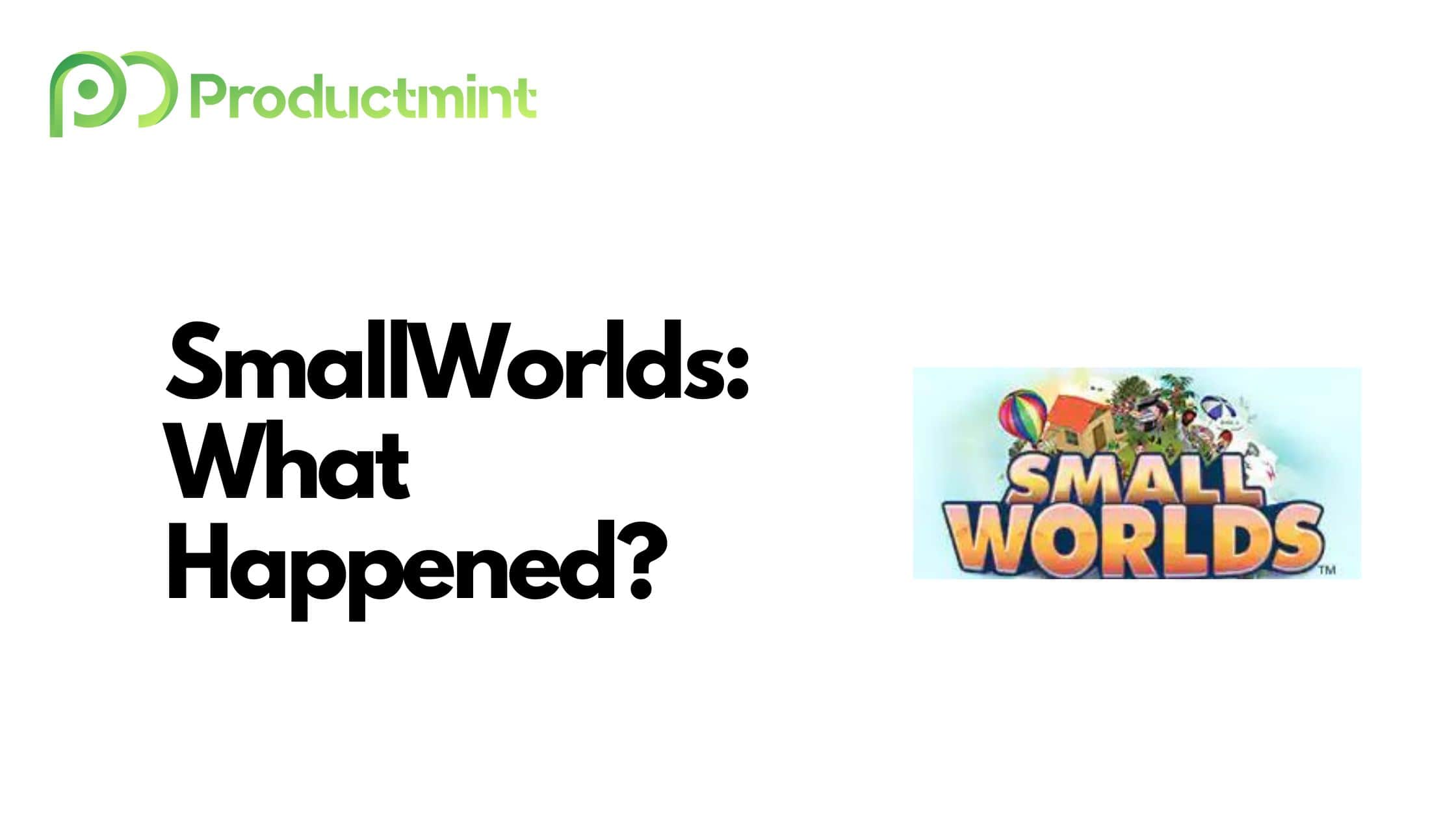 SmallWorlds is a social network and virtual game that enabled players to engage with each other, enter quests, or decorate their surroundings.

SmallWorlds shut down in April 2018 because the cost of running the game was outstripping the revenue that it was generating.

SmallWorlds is a social network and virtual game that enabled players to engage with each other, enter quests, or decorate their surroundings.

At the centre of the game is the avatar that every user calls their own. These avatars could be customized by purchasing items such as furniture or plants. Moreover, avatars could also have their own pet.

On top of that, each avatar also had his or her own room. Users could modify the room’s name and description, its decor, or give access to certain players only. Rooms would then be rated from one to five to show how popular it is.

Additionally, SmallWorlds also had public spaces such as Big Al’s Diner. Players could gather there to hang out, watch YouTube videos together, or listen to music, amongst many other activities. It was also possible to connect one’s social accounts, including Facebook or Flickr.

Apart from purchasing items, players were also able to engage in missions to earn rewards. Rewards, for instance, included wearables that would increase an avatar’s skill set such as improving their health or speed.

The game, which ran on Adobe Flash technology, could only be accessed by a browser such as Google’ Chrome or Mozilla’s Firefox.

SmallWorlds was ultimately shut down in April 2018 after over 10 years. How it came to be, who was behind it, and what led to its demise will be covered in the next few chapters.

SmallWorlds, released and maintained by Outsmart Games, was founded in 2007 by Mitch Olson and Darren Green.

Both founders possessed years of experience prior to launching the game. Mitch Olson had previously co-founded Aliveware, a technology platform that helped people to better their lives.

Darren Green, on the other hand, had been in software from the mid-1990s. He first co-founded Axis Software Design, a developer and distributor of mid-range enterprise resource planning systems.

He then started a game development studio and followed that up by launching an interactive sports entertainment company.

In 2005, Green and Olson connected and started their first business, dubbed Outsmart, together. In the beginning, Outsmart was a software outsourcing company that US-based startups used to build their products.

Outsmart became particularly skilled at building Rich Internet Applications, a set of technologies that SmallWorlds was being built upon. The two founders consequently used the money they generated from their outsourcing business to fund the development of SmallWorlds.

In early 2007, the two founders alongside a team of developers that they employed through Outsmart began work on SmallWorlds. Over a year later, in January 2008, they opened up the private beta of the game.

That meant users could join it after receiving an invite from someone that’s already playing it. Private betas are used to test new games in a controlled environment (i.e., not overwhelming one’s servers) and to gather feedback from players to make improvements.

In the meantime, the founders also managed to raise a first round of funding to support further development of the game. Disney’s venture arm Steamboat Ventures acquired a 7 percent stake in the company.

At the time, Disney was pouring substantial resources into funding and acquiring games. One of its most notable purchases during that period became Club Penguin, which offered similar game mechanics to SmallWorlds.

In June, the developers finally opened it up for public beta. Players were immediately drawn to the game, in large parts because of the fact that it was free to play and due to its fairly advanced graphics.

Over time, SmallWorlds also managed to integrate itself with various social networks, including Bebo, Facebook, Myspace, Hi5, and others, which further accelerated its growth. By the summer of 2009, over 600,000 people had registered accounts on the platform.

Some schools in New Zealand, where Outsmart was based, even began contemplating hosting online classes within SmallWorlds. The team capped 2009 off by winning the Adobe MAX Awards in the Social Computing category. User growth had tripped to over two million people in the meantime.

Just like with any traditional social, users eventually began to onboard others in their social circle. By taking advantage of the social graphs of the networks SmallWorlds was partnering with, its growth essentially became self-sustaining.

In May 2011, the team behind SmallWorlds was able to raise another $2.5 million in venture capital from Trade Me founder Sam Morgan and others. At that point, the game counted over 6.5 million registered users. Its staff had also swelled to more than 70 part- and full-time members.

However, not everything was always going according to plan. In late 2011, a 33-year-old Englishwoman was arrested after her addiction to the game caused her to forget to feed her children and her dogs to starve to death.

Despite those hiccups, SmallWorlds continued to grow at unprecedented speeds. In April 2012, the team launched a Brazilian version of the game dubbed MiniMundos (which translates to SmallWorlds in Portuguese). Yet again, the Brazilian site was able to grow just as well as its English counterpart.

Over the coming years, SmallWorlds continued to attract millions of players from all over the world. 25 million people had registered an account on the platform over the course of its lifetime.

Unfortunately, with the advent of mobile gaming, interest in the game slowly but surely began to dwindle. In April 2018, after more than 10 years in business, SmallWorlds was officially shut down.

Additionally, Green and Olson also moved on from Outsmart as a whole and both tried their luck at separate businesses. Green became an advisor to Sylo, a decentralized messaging platform, while Olson currently works on launching a new startup in the behavioural science space.

Why Did SmallWorlds Shut Down?

SmallWorlds shut down because the cost of running the game was outstripping the revenue that it was generating.

As previously mentioned, SmallWorlds managed to attract more than 25 million registered members over the course of its lifetime.

While only a fraction of them was online at the same time (and many probably ended up not using their accounts at all), it could be assumed that the game’s monthly cost was in the high six or low seven figures.

Meanwhile, only a small fraction of its active player base was purchasing Gold or Item Bundles every month. Even ads, which were running during gameplay, would bring in less money than they wound up costing.

With the relevance of Flash- as well as browser-based games winding down, the developers made the decision to shutter the game altogether.

SmallWorlds, in all likeliness, is not coming back. As previously stated, the game was ultimately shut down in April 2018.

Right after the shutdown, the founders did try to find a buyer willing to take over the platform. Unfortunately, nobody was willing to pull the trigger on a purchase.

Three years later, rumours emerged that the game might come back after a man named Darren Green filed a trademark application for the name ‘SmallWorld’.

However, this was not the Darren Green who had been behind the launch of the game. Additionally, the trademark filing was issued for a software platform and not the game.

After all, virtual and browser-based virtual worlds like Club Penguin or Gaia Online are probably past their heyday.