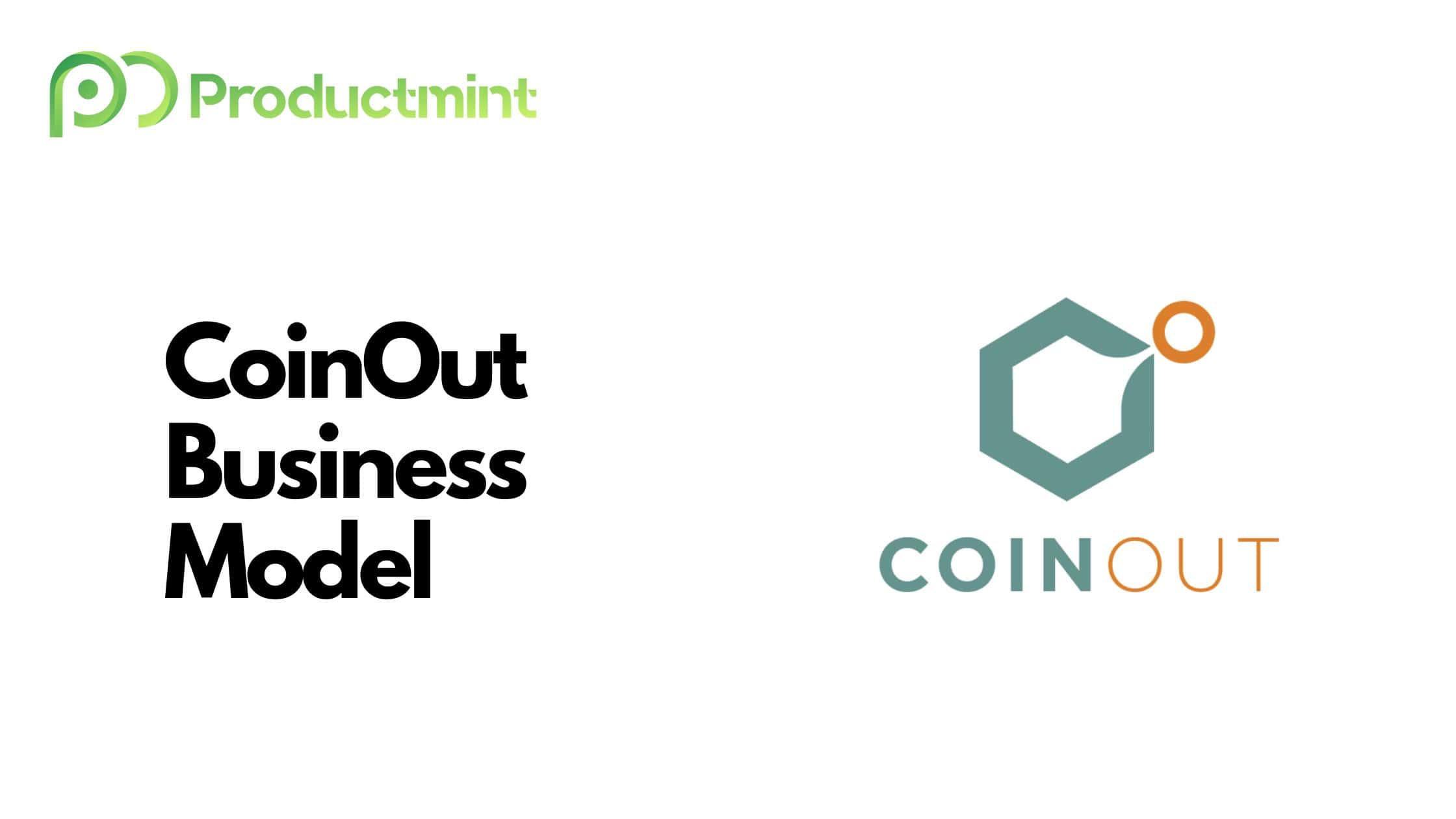 CoinOut is a rewards app that allows its members to earn cashback in exchange for scanning their receipts.

CoinOut makes money from referral fees as well as by selling aggregated data about shopping behavior on its platform.

Founded in 2015, the company has since grown to one of the biggest rewards apps in the United States. It was sold to the market research firm IRI back in May 2021.

CoinOut is a rewards app that allows its members to earn cashback in exchange for scanning their receipts.

Using the app is as simple as it gets. First, users download the CoinOut app, which is available for Android and iOS devices.

Then, they set up an account by entering their phone number. Once registered, the app can be used for in-store and online purchases.

Users, after making a purchase, simply take a photo of their receipt and submit it within the app. They should then receive their cashback reward within a span of two weeks.

The earned cashback rewards can then be redeemed via direct deposits, PayPal (minimum of $10), or Amazon gift cards.

CoinOut currently imposes a limit of seven uploaded receipts per day. The firm works together with some of the world’s biggest retailers, including eBay, Nike, and Walmart.

Apart from earning rewards via receipt scans, users can also earn cashback by shopping directly through the CoinOut app, participating in sweepstakes, and signing up for the firm’s newsletter.

Detailing the Founding Story of CoinOut

CoinOut, which is headquartered in New York City, was founded in 2015 by Jeffrey Witten and Andy Pliszka.

Witten, who continues to lead the firm as CEO, launched CoinOut while still being enrolled in university.

He initially enrolled at Columbia University to become a corporate lawyer, a path that he found to be less appealing as time went on.

After graduating with a law degree, Witten switched lanes and continued his Columbia education as a business major.

In the summer (2013) between his law and business studies, Witten did an internship at Apple where he was involved in the firm’s payment department.

At Apple, he was tasked with looking at broader trends in the smartphone market (Apple Pay itself was unveiled just a year after his stint), in particular prepaid phones and cash.

What intrigued him was the assumption that mobile payments would eventually take over (which they did), yet cash remaining crucial as ever (and many people thus continuing to use it).

He wanted to solve the most annoying part of holding cash, which is that people often have to carry dozens of coins.

Additionally, peer-to-peer (P2P) payment apps like the Cash App or Venmo were slowly taking off, which meant that people’s willingness to use mobile phones for payments would only increase.

Witten began to conceptualize what would eventually turn into CoinOut as early as 2014. Where things got serious was during Steve Blank’s LaunchPad class he attended at Columbia University.

However, instead of cashback rewards, CoinOut actually tried to turn spare change into money for retailers.

For example, if a user would $6.59 for a coffee using $10 in cash, then the rest could be sent to their CoinOut accounts. Retailers would then pay $9.99 per month to be able to accept CoinOut transactions.

Pliszka and Witten, to get the business off the ground, managed to raise $650,000 in seed funding from the former Intuit CEO and Steve Jobs mentor Bill Campbell.

Their first big breakthrough came six months later, in September 2016, when CoinOut managed to ink a partnership deal with payments technology provider Clover. Over 115,000 would now be able to accept CoinOut payments instantly.

Witten initially asked for $250,000 in exchange for a 7.5 percent stake. But shark Robert Herjavec managed to negotiate him down to $250,000 for 15 percent of CoinOut. Luckily for Witten, the deal ultimately didn’t go through.

Months prior, Witten and the rest of the team had already undergone a major pivot, which meant CoinOut was doing something different by the time the show aired six months later. Nevertheless, the publicity that CoinOut received certainly helped to take the firm to the next level.

And after more than six years in business, Witten and the rest of the team finally achieved what thousands of entrepreneurs are heavily working towards an exit.

IRI Worldwide, a market research company, acquired CoinOut for an undisclosed sum back in May 2021. Witten and the rest of the team joined IRI’s executive team as part of the acquisition.

How Does CoinOut Make Money?

CoinOut makes money from referral fees as well as by selling aggregated data about shopping behavior on its platform.

Referral fees are paid by the companies that partner with CoinOut to turn purchase receipts into cashback rewards and likely represent the firm’s largest income stream.

In this regard, CoinOut monetizes its platform in a similar fashion to competitors like Drop, Fetch Rewards, Rakuten, Ibotta, and Upside (formerly GetUpside).

These partners essentially compensate CoinOut for attracting new customers and making them shop at their store instead of their competitors.

The aim is to get consumers used to a given product and service so that they ultimately come back without utilizing CoinOut’s cashback option.

The referral fees that CoinOut receives are subject to the individual agreements it enters with its retail partners. Generally speaking, low-margin industries such as groceries yield lower fees than fashion retailers like Nike.

CoinOut utilizes various techniques to incentivize customers to use the app as often as possible. For example, members can earn cashback when shopping through the app or by taking advantage of limited offers.

Interestingly, the firm even adopts gamification within its business model strategy. More precisely, customers can earn so-called VIP badges, granting them benefits such as unlimited uploads or increased rewards, if they meet a certain threshold of receipt uploads.

Back in October 2020, CoinOut unveiled a platform that gives its partners access to real-time purchase data from its brick-and-mortar and online partners. At that point, the app had already facilitated over 100 million transactions – a number that has likely increased substantially ever since.

Live purchase data has been traditionally hard to come by, yet it holds a lot of value for a variety of different companies. For instance, banks can utilize the data to inform their investment or loan decisions while retailers can use it to assess into what categories or markets to expand to.

Lastly, it has to be noted that the data that CoinOut sells does not contain any identifiable information. Instead, it is aggregated and anonymized to ensure that the privacy of members is protected.

CoinOut, according to Crunchbase, has raised a total of $2.7 million across three rounds of venture funding.

The only investor listed on the firm’s profile is former Intuit CEO Bill Campbell who tried from cancer in 2016 right after leading CoinOut’s seed round.

The last time CoinOut publicly disclosed its valuation was when it tried to raise money during the Shark Tank episode.

Founder Witten initially agreed to sell 15 percent of the firm for $250,000, which would be equal to a valuation of around $1.67 million. The deal, as mentioned above, ultimately fell through.

CoinOut’s valuation nor revenue figures were disclosed during the firm’s sale to IRI, which took place in May 2021.