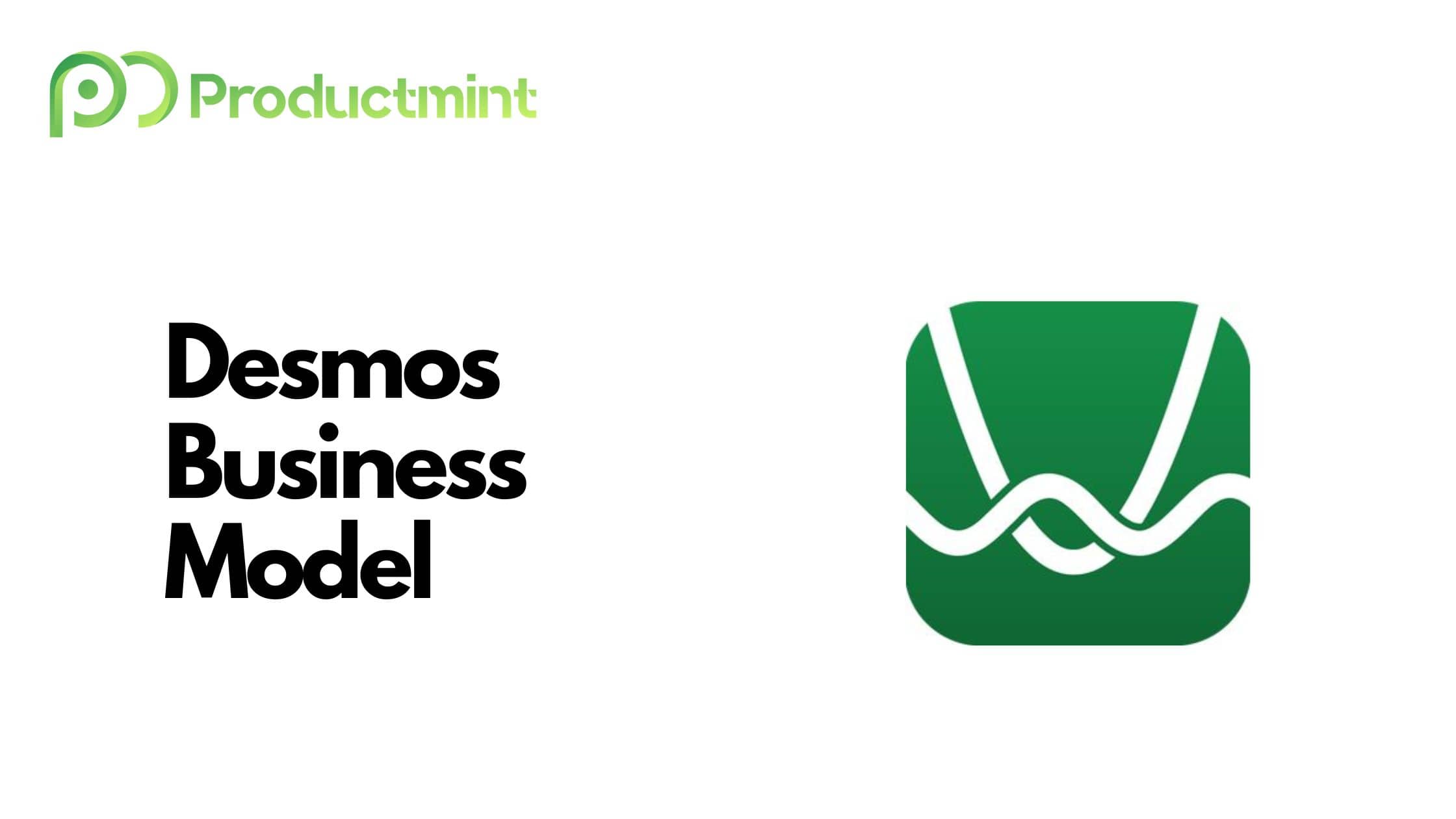 Desmos is a company that provides students and teachers with a variety of math-related learning content and products.

Desmos makes money from licensing its software to other companies, offering its math curriculum, and selling branded merchandise.

Founded in 2011, Desmos has grown to managed to create some of the most popular math tools out there. The firm’s curriculum unit was acquired by Amplify in May 2022.

Desmos is a company that provides students and teachers with a variety of math-related learning content and products.

Desmos Studio, a Public Benefit Corporation, offers different math tools. Most notably, its Graphing Calculator allows students to plot any kind of equation, from lines and parabolas to derivatives and Fourier series.

Other products developed by the company are its Scientific Calculator, Four Function Calculator, Matrix Calculator, and Geometry Tool. Students can then practice using the firm’s own test cases.

All of the above-mentioned tools can be accessed by visiting Desmos’ website. Some products, like graphing and scientific calculators, are also available via Android and iOS apps.

Over 75 million across the globe use Desmos’ products every year to prepare for their math assignments.

Desmos, apart from its own software products, has also developed a middle school math curriculum for grades 6 to 8 called Desmos Math 6–A1 (offered via its Curriculum business unit).

With that being said, let’s take a closer look at how Desmos actually started and became the beloved suite of products that it is today.

Detailing the Founding Story of Desmos

Desmos, which is headquartered in San Francisco, California, was founded in 2011 by Eli Luberoff. Despite being in his 20s, Luberoff already had his fair share of experiences in the EdTech space.

In fact, he had been rethinking how to optimize one’s education as early as during his teenage years. Realizing how broken the middle school system was, he negotiated with his mother to drop out of school and get home-schooled.

During what was technically his 8th grade year, he ended up attending various courses at UMass Amherst (Luberoff still lives in Massachusetts).

At the same time, he began teaching himself how to code in C++. Luberoff eventually used that knowledge to develop a math aid program for his brother or games for the Texas Instruments calculator – a device he would later aim to disrupt.

After a quick stint back in high school, Luberoff ultimately dropped out of grade 10 when he was 16 and legally allowed to. Although he technically a dropout, Luberoff still managed to enroll himself at Yale University, studying Mathematics and Physics.

But even the college experience wasn’t what he initially hoped for. After 2.5 years at Yale, he took a break from college to perfect his coding skills, which he then used to launch a startup in the EdTech space.

Said company, called Tutor Trove, was started with a university professor who happened to be his roommate. Tutor Trove itself was a tool aimed at tutors helping them to manage their day-to-day, for example by setting up their schedules and even issuing invoices for their services.

Luberoff even used the software himself to set up tutoring lessons he gave, which ultimately helped him pay for his Yale classes. And while heavily using that software, he realized just how important graphing technology is to get a point across to his students.

At the time, Tutor Trove only employed 3 people, so pivoting from tutoring to graphical software wasn’t particularly painful from a business standpoint.

The small team, after a few months of tinkering, released the official beta version of Desmos in May 2011 during TechCrunch disrupt.

And just like any good startup, Desmos already identified the all-encompassing enemy it wanted to disrupt.

“Texas Instruments, your monopoly on graphing in the classroom is over”, Luberoff said onstage at Disrupt.

To fulfill that mission, Luberoff managed to raise $800,000 in seed funding from Mitch Kapor (founder of Lotus), Learn Capital, and Kindler Capital.

But unlike many of the other startup disruptors, Desmos stayed pretty much under the radar. The reason for its silence was simple: Desmos was profitable almost right from the get-go, so it did not rely on outside funding to continue operating.

Founding announcements are often used to drive interest in a consumer-facing product or increase legitimacy among prospective B2B buyers – both of which Desmos wasn’t apparently reliant upon.

Instead, saving children across America and the world $100 or more by removing the need for purchasing expensive TI calculators was seemingly enough.

Over the coming years, Desmos’ team continued to expand the feature set by introducing products such as the Test Mode app (2015) or Geometry tool (2017).

However, what was particularly interesting to observe were the community building efforts that Desmos engaged in. For example, in late 2016, it unveiled the Desmos Fellowship, an imitative that enabled users to get access to early product features in test them in partnership with the firm’s representatives.

Yet, one of the biggest steps in the firm’s history was the launch of its own math curriculum back in March 2020. That launch would also prove to be crucial from a business perspective.

A mere two years after Desmos launched its math course, Amplify Curriculum acquired the Curriculum unit of Desmos for an undisclosed sum. Meanwhile, the software unit, called Desmos Studio, was spun off as a public benefit corporation.

Today, both companies continue to operate under one common brand that attracts tens of millions of math-curious people every month.

How Does Desmos Make Money?

Desmos makes money from licensing its software to other companies, offering its math curriculum, and selling branded merchandise.

The business model of Desmos can largely be described as a freemium strategy. The core products, namely the graphing and other calculators, can be used at no cost.

Unlike many freemium companies that charge for premium features, Desmos monetizes business customers while keeping the product free for individuals.

The traditionally cash-strapped education system is particularly sensitive to the pricing that companies impose. Moreover, Desmos can accrue much more goodwill by being free instead of charging hefty fees like Texas Instruments, for example, does.

One of the most important aspects to the freemium strategy is to ensure that the product offered is still of good quality. Otherwise, user growth may be severely impaired, depending on how fierce the competition is.

EdTech seems to be a popular industry to adopt a freemium model. Companies like Duolingo or Kahoot! have used a similar business strategy all the way to IPOs.

With that being said, let’s take a closer look at how Desmos makes money.

The largest source of revenue for Desmos comes from the software licensing fees it imposes on business customers to use its various software products.

Those clients, which include textbook publishers, assessment companies, and educational institutions, can embed Desmos’ software right into their app or website.

Unfortunately, Desmos does not disclose the pricing of being able to access those tools. Customers, in all likeliness, pay a small fee for every call to its API.

Desmos, apart from deriving revenue via the software licensing fees, also utilizes the product as a form of marketing.

By embedding a watermark (‘powered by desmos’) directly into what users of the product will see, the firm is able to raise further awareness for its product while getting paid for it.

This, in turn, attracts even more free users who then get accustomed to the experience of Desmos, which then incentivizes business customers to integrate its tools into their own app or website.

As previously stated, the software licensing fees that Desmos derives have allowed the company to be profitable almost right from the get-go.

As previously stated, Desmos has unveiled its own math curriculum back in March 2020, which it offers to schools around the globe.

The curriculum, called Desmos Math 6-A1, has a yearly recurring cost, which is based on a per-student model.

Customers will not only be granted access to the entire curriculum but also receive programmatic support by a Desmos representative.

Desmos claims that the program offers a variety of different benefits, including students learning more while teachers enjoying teaching more.

A small portion of Desmos’ revenue also comes from selling company-branded merchandise via its own online store.

Desmos offers a multitude of items, including t-shirts, hoodies, socks, and products like drinking bottles.

The merchandise is a simple way to make money from the firm’s popularity. The Desmos’ Educator group on Facebook alone boasts close to 30,000 members, for reference.

Interestingly, many other free software tools that have focused on community building, such as Blender, also sell merchandise.

Desmos, according to Crunchbase, has raised a total of $900,000 across 3 rounds of venture capital funding.

However, that assessment doesn’t seem completely accurate. EdSurge reported that the company raised another $4.5 million in Series A funding back in November 2019.

Investors into the company include Kindler Capital, Google Ventures, Learn Capital, and many others.

As previously stated, Desmos was acquired by Amplify Education back in May 2022. Unfortunately, neither company disclosed the acquisition price of the transaction. The same can also be said about the revenue that Desmos generates.