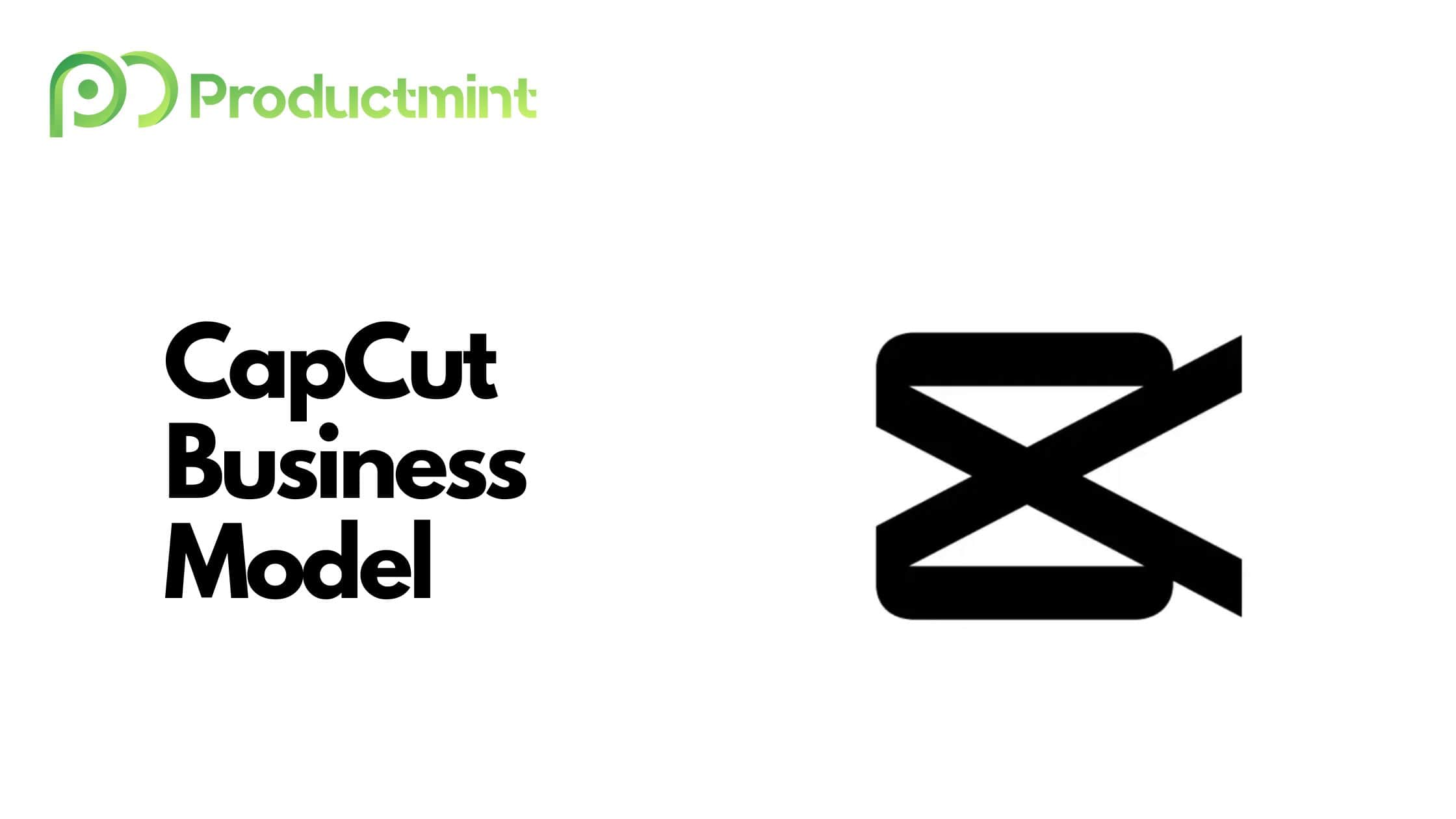 CapCut is a video-editing software that enables users to create content without advanced editing skills.

CapCut makes money by charging users for premium features. Users can access these features by paying for a monthly or yearly subscription.

The app is owned by Chinese tech giant ByteDance, which is also the company behind the worldwide phenomenon TikTok.

CapCut is a video-editing software that enables users to create content without advanced editing skills.

The tool offers a variety of different functions, including:

… and so many more. Editors also benefit from auto-captions and being able to translate text automatically to speech.

Additionally, they can tap into millions of licensed music and sound clips from the world’s biggest artists.

Videos can be edited on almost any device imaginable, whether that’s your PC (Mac & Windows), mobile phone (Android & iOS), or tablet.

In recent times, CapCut has taken the world by storm and attracted tens of millions of users in the process. But who’s actually behind the project?

CapCut is owned by Chinese tech giant ByteDance, which also happens to be the company behind the money-printing machine that is TikTok.

Interestingly, ByteDance applied a similar playbook to establishing and growing CapCut. In 2017, the tech firm launched the app in China under the brand name Jianying.

Jianying quickly rose to the top of the Chinese app charts. Meanwhile, ByteDance continued to extend its functionality. One way how it did that was through acquisitions. In 2018, for instance, ByteDance purchased the startup Shenzhen Lianmeng Technology for $300 million.

Shenzhen Lianmeng Technology had previously developed the popular app Faceu, which topped China’s free app charts in both 2016 and 2017.

ByteDance then integrated the firm’s technology into Jianying. Once it became the de-facto leader in the country, it was time to branch out abroad.

In April 2020, ByteDance quietly launched an app called Viamaker, which is essentially the predecessor to CapCut.

A mere 8 months later, ByteDance rebranded Viamaker into what is now formally known as CapCut. By May 2021, CapCut was already topping international app store charts and exceeded 250 million downloads.

The playbook that ByteDance used to grow TikTok is awfully similar. It previously acquired popular Western apps Musical.ly and Flipagram for hundreds of millions of dollars each.

Meanwhile, ByteDance already operated a highly popular TikTok-like app in China called Douyin, which had amassed a substantial user base before TikTok was even launched.

The tech behind Flipagram and Musical.ly, plus their existing userbase and music licenses, were then integrated into TikTok. The rest, as they say, is history.

A huge reason why CapCut has been able to grow this fast is the free nature of the app, which begs the question: how does CapCut actually generate revenue?

How Does CapCut Make Money?

CapCut makes money by charging users for premium features. Users can access these features by paying for a monthly or yearly subscription.

The app only started to charge for its premium features back in September 2022 and was thus completely free before.

At the centre of the app’s paid offering stands the CapCut PRO subscription, which costs $7.99 per month or $74.99 per year.

In exchange, users gain access to a variety of different premium features, including video or body effects, transitions, and text templates.

However, most of the features I outlined above remain free. The premium subscription is rather aimed at more advanced users who may utilize CapCut for their gigs.

Apart from offering a premium subscription, CapCut also allows users to store their videos on the cloud.

CapCut, in exchange for said storage, charges a variable monthly fee that is dependent on the amount of data that’s being hosted.

So far, CapCut has not publicized how much data one can store. The cloud storage itself is split up into 3 different tiers, costing $0.99, $5.99, and $18.99 per month, respectively.

The last option, in particular, seems to be aimed at power users (i.e., professional video editors) who can afford to pay $18.99 per month for storage.

CapCut has adopted a business model strategy that is very common among software companies, which is the freemium model.

This essentially means that the firm provides the core version of the product at no cost. If users want to have a more elevated experience, they can do that by paying a fee.

The single biggest advantage of the freemium model is the ability to grow one’s user base substantially faster.

By virtue of being free, users are more incentivized to at least give the tool a try. Granted the experience was satisfying, they are much likelier to recommend the tool to someone in their social circle, which aids word-of-mouth growth.

This then leads to the creation of a community, which essentially acts as a self-enforcing growth mechanism. Tools like Notion have also adopted freemium strategies to create thriving communities around their products.

Inevitably, CapCut can attract what’s normally referred to as power users, meaning people that use the software for professional settings and the like.

Those people often have a much greater propensity to pay for something as long as it’s useful and aids them in their profession.

And since CapCut already (and most likely) acquired them as a free user, it can upsell them into the subscription with a quick in-app notification.

However, one has to note that CapCut’s business is somewhat constrained by the environment it operates in. 30 percent of the revenue that it generates consequently goes to Apple and Google as part of their respective app store fees.

Another important aspect to consider is that CapCut acts as a quasi-user acquisition channel for TikTok and thus ByteDance.

By making it easier for people to edit videos, TikTok has even more members that will upload videos on its platform. And the more and better content is being produced, the more users TikTok will attract.