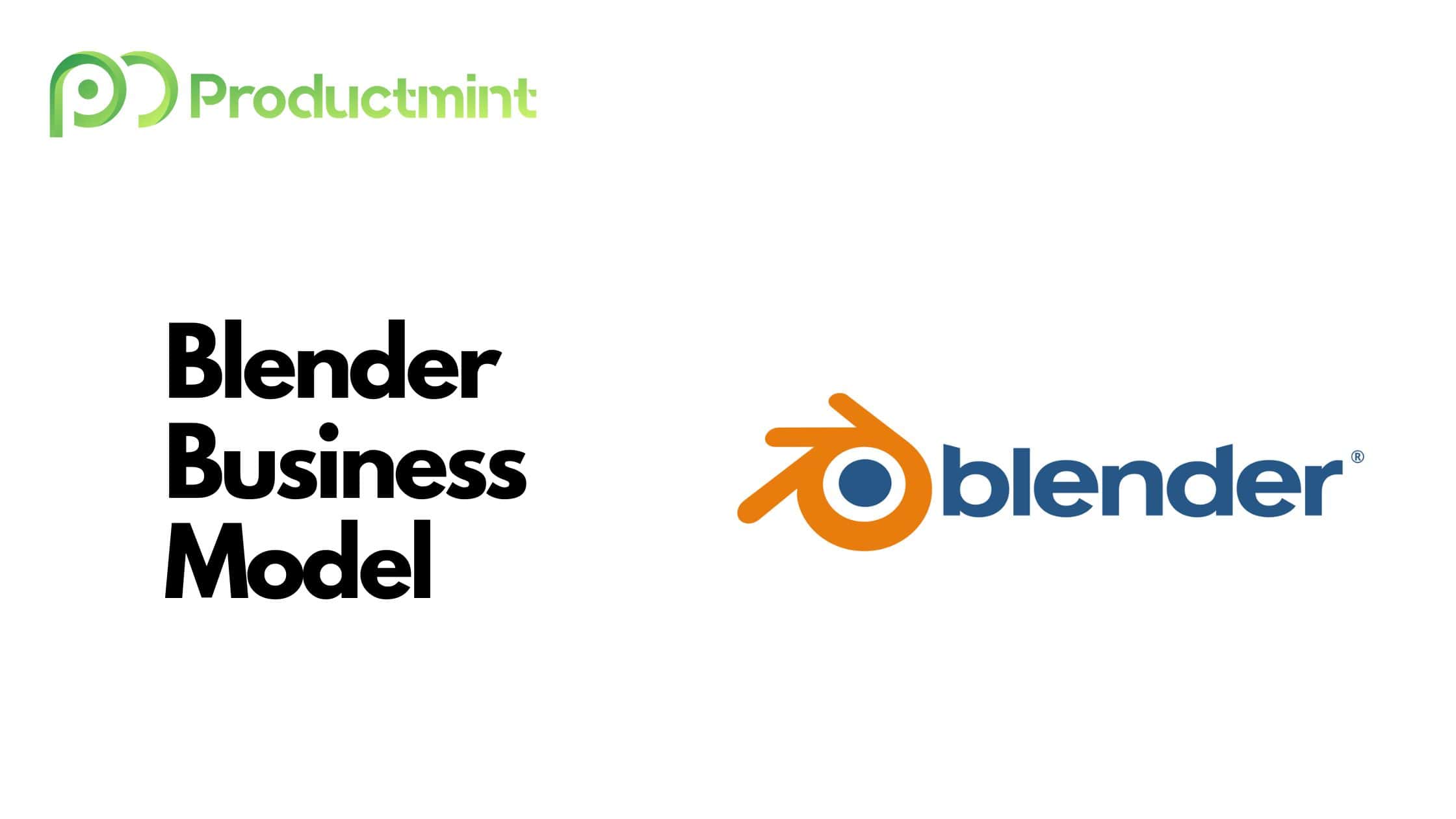 Officially established in 2002, Blender has grown to become one of the world’s leading 3D animation programs. It has been downloaded over 14 million times.

Users can perform a variety of tasks, which include animation, rendering, modeling, rigging, rendering, and plenty more.

As a result, animations made in Blender even make it to the movie screens, such as with Netflix’s 2018 movie Next Gen.

Being an open-source project furthermore allows users to make changes to Blender’s source code and be part of its community of software contributors.

Using the software comes at no cost to the user. Since Blender is released under the GNU General Public License, creators can not only distribute and use it for any sort of purpose but own the rights to the intellectual property they create.

Apart from its free software, Blender also hosts annual events (BCON), offers educational material to its creators (Blender Studio), and even sells merch and other products through its own e-commerce store.

Blender’s software is available for download and usage on computers running Linux, macOS, and Windows software.

Blender, which is headquartered in Amsterdam, the Netherlands, was founded in 2002 by Ton Roosendaal.

However, its story begins much earlier than that. In 1988, after dropping out of university where he studied Industrial Design, Ton launched his own animation studio NeoGeo (the video game console of the same name was released a year after).

Working from his attic, Ton managed to grow NeoGeo into one of the most successful animation studios in the Netherlands.

His company was also able to garner various awards for their work, which included corporate clients like electronics company Philips.

At the time, his company struggled with the development of 3D-focused graphics as the existing tools were simply not up for the challenge.

The name for Blender was inspired by Swiss electronic group Yello, which released a song that was identically-titled.

In June 1998, Ton decided to spin off Blender into a separate company called Not a Number (NaN) and release it publicly online as SGI freeware. Meanwhile, Ton had dissolved NeoGeo and handed over client contacts to another firm to fully focus on Blender.

With the release of version 1.60, NaN also began to monetize Blender by granting users access to new features in exchange for a $95 fee. On top of that, the company raised €4.5 million in venture capital. By the summer of 2000, NaN had over 50 employees.

Unfortunately, the demand for 3D computer graphics wasn’t great enough to create a sustainable business. In April 2001, they raised another round of funding while letting go of most of the firm’s employees.

Despite the release of Blender Publisher, a commercial product, in October 2001, the team wasn’t able to stop the bleeding. On top of that, the dot-com bubble had essentially evaporated almost all of venture capital, which forced them to shut down operations in 2002.

Luckily, this wasn’t the end of the story. While Blender’s software was far from complete, it still had managed to garner a loyal following of creators. In May 2002, Ton started Blender Foundation, a non-profit organization that would open-source Blender’s software.

There was just one problem: NaN’s investors were holding the rights to distribute the software. Therefore, in July, Ton launched a crowdfunding campaign named Free Blender, which garnered the support of 250,000 users and netted the foundation €100,000 – enough to purchase back the rights.

Finally, on October 13th, 2002, Blender was released under the terms of the GNU General Public Licence, a type of open-source contract which ensures that its software would remain free forever and could be used for any imaginable purpose.

Over the coming years, its community continued to contribute via new code commits as well as donations. One sign of how strong its community became was the release of Elephants Dream, an animated film created by its community of artists, in 2006. In order to create the movie, artists were only allowed to use Blender and other open-source software.

The release of the short film led to the creation of the Blender Institute in the summer of 2007, which oversaw subsequent movie releases such as Tears of Steel (2012) or Sprite Fright (2021).

Blender’s slow but continuous growth was aided by its ever-increasing community of contributors and creators. Some of them launched websites or YouTube channels which began to garner millions of visitors.

The release of version 2.80 in July 2019 finally helped Blender to break into the mainstream and put it on par with its paid competitors. Many tech companies began using its software and, as a result, also became corporate donors.

The biggest contributor was announced that very same month. Epic Games, maker of Fortnite amongst others, announced that it had awarded the foundation with $1.2 million through its Epic MegaGrant.

Much to the community’s surprise, founder and chairman Ton Roosendaal released a statement in November 2020, saying that he had been treated for an acute form of leukemia for the previous seven months – which he luckily beat.

Today, Blender’s software has been downloaded over 14 million times. Meanwhile, the foundation as well as the institute are now employing about 30 people.

How Does Blender Make Money?

Let’s take a closer look at each of these revenue streams in the section below.

The vast majority of the income that Blender generates comes in the form of donations made by individuals as well as corporate partners.

These donations are made to the Blender Foundation, its non-profit arm that is supported by the Blender Institute (which manages operational activities such as HR, office rent, conference organization, and more).

Blender offers a tiered membership system that starts with as little as $6 per month. Additionally, donors can also make one-time contributions.

For instance, a Diamond membership, which comes in at $300 per month, will place your name on its donor’s list and link out to a preferred URL.

In 2007, Blender set up a quasi-open-source studio (called Blender Studio) that would create various movies and games, including Big Buck Bunny, Sintel, or the Caminandes series.

The studio itself is a separate entity that is being funded by its members through the offering of subscriptions. Customers pay €9.90 per month to access all training, assets, and films

For example, customers will be granted access to tools like CloudRig and Blender Kitsu which aid them in their animation work.

Additionally, Blender Studio also has dozens of training videos on how to use its software and create certain types of animations.

On the corporate side, Blender Foundations counts some of the biggest names in tech, including Facebook, Microsoft, Intel, Google, Nvidia, and more as donors.

Another revenue stream for Blender comes from selling merchandise as well as books via its own online store.

Users can purchase items like Blender-branded socks, t-shirts, baseball caps, magnets, stickers, and even a book about its software.

On top of generating revenue from those sales, Blender also creates a sense of belonging among its community of creators and software contributors.

For instance, influencers like Blender Guru are oftentimes wearing branded gear, which simply increases awareness about its brand – and likely leads to some additional sales along the way.

Apart from its merchandise, Blender also hosts an annual conference called BCON (which was paused during the Covid pandemic).

This is yet another way to not only increase brand awareness but promote stronger engagement within its community.

And not only does it help with marketing but also leads to some additional cash. Its 2019 conference, for instance, would cost €299 per person to attend.

Lastly, Blender also generates revenue via ads from its YouTube channels. With close to one million subscribers and tens of millions of views, it has managed to garner significant attention.

Video ads on YouTube are displayed prior (pre-roll), within (mid-roll), and at the end (post-roll) of content.

Partner channels get to keep 55 percent of the revenue they generate. The remaining 45 percent go to YouTube itself.