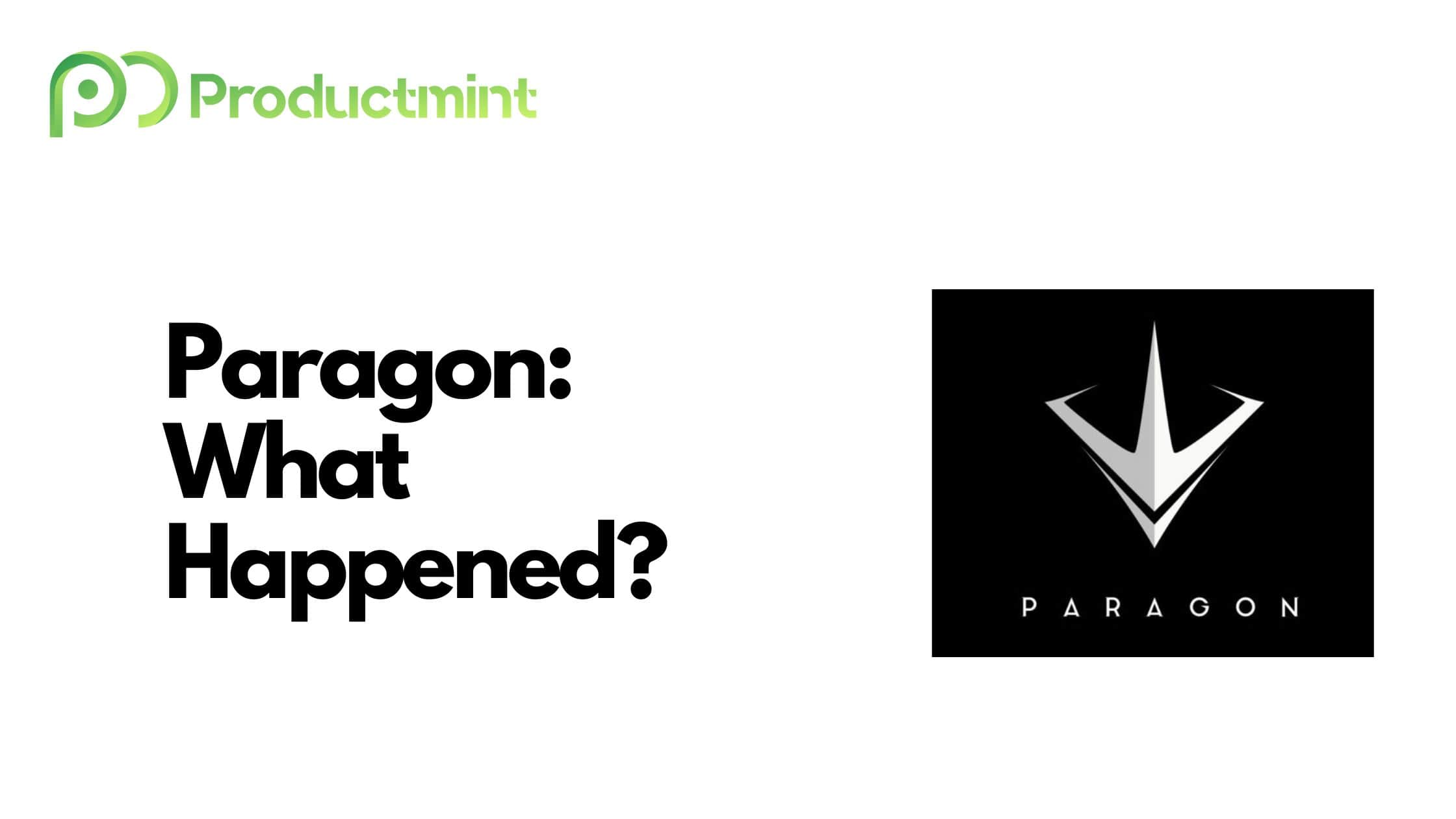 Paragon was a third-person MOBA game in which two teams of five players each were pitted against each other.

Paragon was primarily shut down because it failed to attract a significant player base while Epic’s other titles, Fortnite in particular, began to take off.

Paragon was a third-person MOBA (Multiplayer Online Battle Arena) game in which two teams of five players each were pitted against each other.

The goal of the game was to destroy the core in a team’s base. Battles were taking place on two maps called Legacy and Monolith.

Those bases could be accessed via three different lanes that were each protected by defensive towers which automatically attacked opposing players in their sight. Both teams also were supported by minions, which would navigate toward their opponents’ bases and support the team.

Players could choose from a set of 37 different Heroes who each possessed a set of distinctive skills unique to the character. Apart from basic attacks, each hero also possessed an ultimate ability.

Whenever you killed another opposing player or minion, you would earn experience as well as gold. Experience points would allow players to level up heroes and unluck or upgrade their character’s abilities.

The gold, on the other side, could be used to purchase cards that granted them benefits such as health boosts and damage enhancements.

The game was developed using Epic Games’ Unreal Engine 4. The game was available for PC as well as PlayStation 4 but also supported cross-play, which meant that owners of either device could play against each other.

Paragon, after two years of existence, was ultimately shut down on April 26th, 2018. We’ll take a closer look at how it came to be and the reasons for its failure in the sections below.

What Happened To Paragon?

On November 3rd, 2015, the North-Carolina-based Epic Games unveiled the first teaser of a game called Paragon.

The cryptic teaser featured its very first character dubbed Twinblast. Apart from announcing the release of four subsequent characters over the next month as well as availability on PC not much was known about the game itself.

Epic Games itself had gone through a significant transition in the years prior. In 2012, it sold 40 percent of the company to Tencent for $330 million.

Two years later, Epic sold the rights to its Gears of War franchise to Microsoft as the cost of production was outstripping the revenue that it generated from those games.

As a result, Epic was in dire need to create the next hit game that could attract millions of players each year.

At the time, the emerging category of e-sports (and more specifically MOBA games), led by the likes League of Legends or Dota 2, were taking the gaming world by storm. Industry insiders expected that the esports market could reach $1.3 billion within the next year.

Epic wanted to capitalize on that trend with the launch of its own MOBA game. But instead of utilizing a behind-the-back perspective (and thus making it more of a strategy game), Epic’s team went with a third-person based action shooter that contained MOBA-like elements

A month after the initial unveiling of the teaser, Epic Games formally introduced the game during the PlayStation Experience keynote in San Francisco. Alongside a more detailed description, it announced that the game would be available on PlayStation 4 devices.

Unfortunately, not everything in the sign-up process was always going according to plan. In January 2016, Muhammad Zakir Khan, an assistant professor at Broward College in Florida, wanted to download the game beta only to be blocked from signing up.

His name, as it turned out, was mixed up with someone on the US government’s “Specially Designated Nationals list.” Epic’s developers issued a public apology and were quickly able to resolve the block.

The public was finally granted early access to the game on March 18th, 2016. In order to access the early version, players had to pay between $19.99 to $99.99 to purchase early-access packs. The intention of the early-access program was to test the game with a presumably very engaged player base to solve any nagging issues it had.

To entice more players to come along, PlayStation 4 owners that were subscribed to its subscription offering (PlayStation Plus) would be granted early access free of charge. Finally, after months of early access testing, Epic released the open beta of Paragon on August 16th, 2016.

With the release of its open beta, the game was now free to access for anyone with a compatible device. The nature of the open beta meant that Epic would continue to make changes, namely in the form of patches, to the game.

These changes would primarily be inspired by the feedback given within its community of players. However, not all of these changes would always be welcomed with open arms. In December 2016, Paragon’s second map, Monolith, was released to decrease the playing time of one hour per round down to between 30 and 40 minutes.

Unfortunately, the smaller map ended up infuriating existing players as it completely changed the game dynamic and made some of the character’s strengths obsolete.

Despite the backlash, Epic continued to release patches on essentially a weekly cadence. Apart from the weekly patches, Paragon also released a new character every three weeks. The changes in game dynamics and heroes ultimately led players to always come back and keep the game fresh.

Within a year of launching its early access program, the game had managed to amass a player base of more than one million people. By July 2017, had number had gone up all the way to 7.3 million players.

However, inside the organization, things were less peaceful. Two months prior, in May, longstanding Epic games employee as well as Paragon’s creative director, left the company for undisclosed reasons.

The changes in leadership eventually caught up to the game’s dynamics as well. Instead of carefully listening to its user base, its new management just introduced features it thought that the community would like.

For instance, in August, it revamped the card system (via the New Dawn update), which ultimately rebalanced every hero and led to increases in baseline attack speeds while reducing cooldowns. The intention was to bring the game dynamics closer to that of the successful MOBA titles. On top of that, prices for skins also rose tremendously, which forced players to spend more if they wanted to customize their heroes.

Around the same time when the New Dawn update was released, Epic Games had also introduced another title for paid early access that you may have heard about: Fortnite. The Battle Royale game became an instant success and worldwide phenomenon, recording millions of downloads just weeks after the launch.

Over time, more and more focus was put on Fortnite. That meant that Epic had even reassigned some of the developers working on Paragon towards Fortnite to keep up with demand. By January 2018, Fortnite had 40 million users while Paragon struggled to retain its existing player base.

It, therefore, didn’t surprise industry insiders and gamers alike when Epic, on January 26th, 2018, announced that it would be shutting down Paragon. Epic cited the lack of a “clear path” for profitability as the reason for shutting the game down (more on that in the next chapter).

However, to Epic’s credit, it also showed grace during the whole process. For once, it promised to issue a refund for anyone that had ever purchased something on Paragon.

Then, in March, it announced that it would release Paragon’s assets, which contained 20 heroes as well as their skins, animations, visual effects, and dialogues to all Unreal Engine 4 developers. The assets themselves had a projected value of about $12 million according to Epic Games.

Finally, on April 26th, 2018, Epic Games shut down Paragon. Interestingly enough, this wasn’t the last thing we heard about the game.

In July 2020, news broke out, stating that at least four MOBA games, namely Overprime, CORE, Predecessor, and Fault were in the works. All of these projects were taking advantage of the assets that Epic had released.

More than a year later, in October 2021, Omeda Studios had announced that it raised $2.2 million to create a cross-platform MOBA game based on Epic’s Paragon assets. The studio is led by former Twitch streamer Robbie Singh who had amassed a following of 50,000 people playing Paragon.

Why Did Paragon Shut Down?

Paragon was primarily shut down because it failed to attract a significant player base while Epic’s other titles, Fortnite in particular, began to take off.

As previously mentioned, Paragon’s team, in July 2017, stated that the game had attracted more than 7.3 million players.

However, these were likely not concurrent or even active player numbers but likely the total number of times the game had been downloaded.

The active player base, in all likeliness, was meaningfully smaller. As a result, it lacked the necessary ecosystem that would splurge on visual add-ons.

Much like Fortnite, Paragon’s developers put great emphasis on skills and not making the game pay-to-win. Therefore, the only real means of monetization were purchasable skins.

Whereas Fortnite was able to create a variety of desirable skins, for instance via collaborations with other brands like DC, Paragon was mostly relying on a tiered system that offered additional animation as well as colors.

In the end, Fortnite’s overwhelming success also became the nail to Paragon’s proverbial coffin. Epic Games, in an effort to keep up with demand, had to shift internal resources towards Fortnite to capitalize on the worldwide craze.

Apart from Fortnite’s success (or Paragon’s lagging adoption), Epic’s Paragon team had also repeatedly angered its existing player base. In an effort to make the game faster, it had introduced new maps (December 2016) and revamped its card system (August 2017).

These moves were intended to bring in new players. Yet, they ended up annoying its existing players rather than motivating others to join. While changes to game dynamics can potentially attract new players, it is often existing players (in particular influencers with reach) that convince their peers to join. Ironically enough, that is also how Epic’s Fortnite was able to vastly expand its player base.

In the end, Epic Games had to make a business decision to prioritize its revenue-generating machine that is Fortnite.