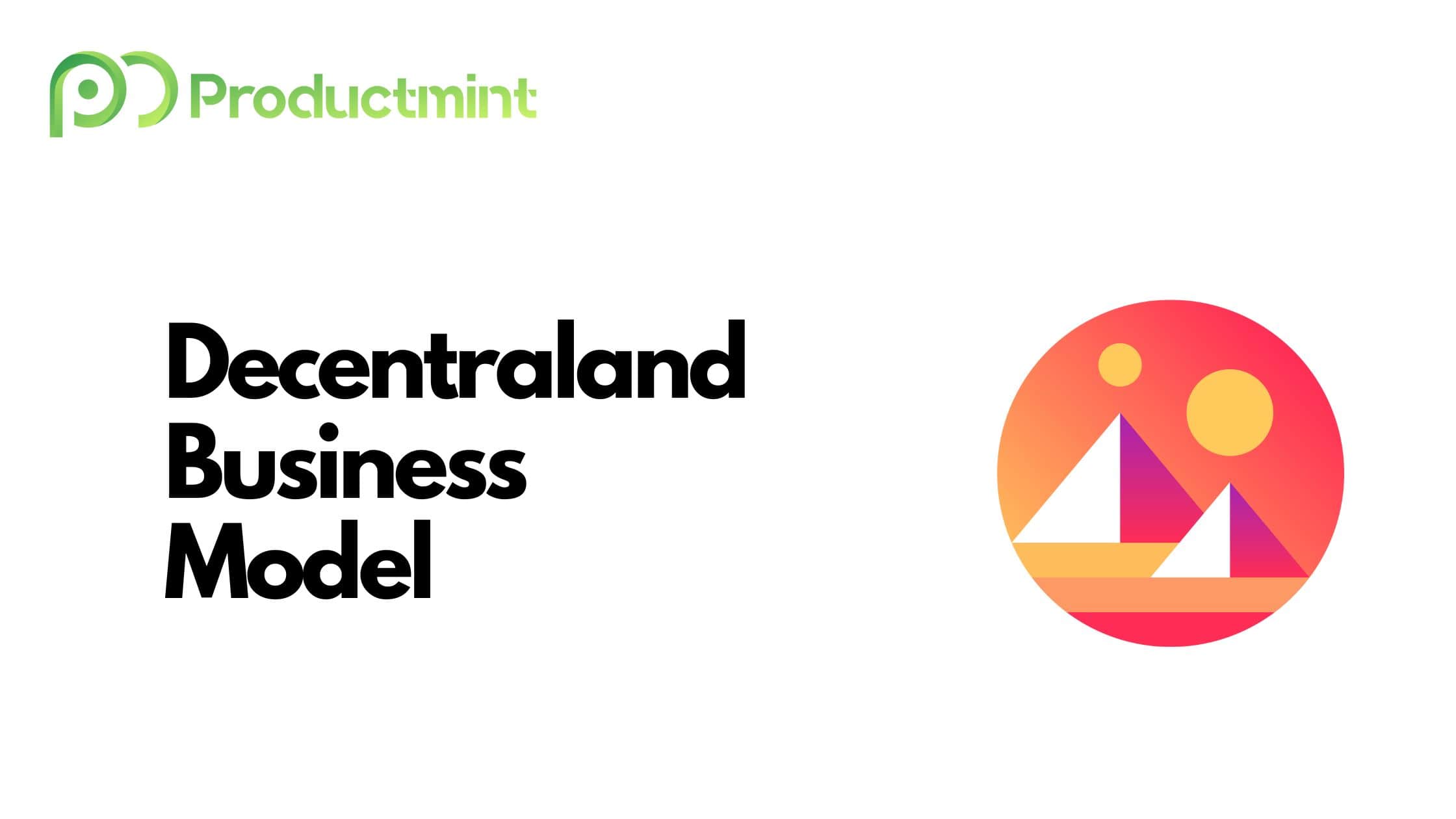 Decentraland makes money by issuing and holding its MANA tokens. The platform was able to raise an initial $26 million during its ICO by selling MANA to interested investors.

Founded in 2015, Decentraland has become one of the world’s leading metaverse platforms. It has raised over $50 million in funding to date.

The virtual world, which is built on the Ethereum blockchain, has three native tokens, namely:

Just like any other virtual reality world, Decentraland is navigated by creating your own avatar, which can be customized.

Users can then use the MANA currency to enter a variety of activities such as partaking in a poker game, entering a university class, or attending a concert.

Estate and LAND, both ERC-721 tokens, are non-fungible tokens (NFTs) and can be used to create one-of-a-kind in-world items. Examples include digital art, clothing, unique plots of land, and more. MANA, being an ERC-20 token, is considered fungible and can thus be interchanged with other ERC-20 tokens.

As previously stated, Decentraland is governed by a DAO. That means the community can vote on policy updates, future LAND auctions, and many other new initiatives or features.

Voting power is determined by the amount of Estate, MANA, and LAND tokens a user owns. MANA can be purchased on crypto exchanges such as Gemini while LAND can be bought in the Decentraland Marketplace. Estate tokens are only minted after plots of LAND have been merged.

Decentraland can currently only be accessed via a PC or Mac that runs Chrome or Firefox. Mobile or Oculus Rift versions are currently not available.

Decentraland, which is built and maintained by the Decentraland Foundation, was founded in 2015 by Esteban Ordano, Manuel Araoz, Ari Meilich, and Yemel Jardi. However, only Ordano and Meilich remained with the project throughout its existence.

The four founders met each other during their tenure at Voltaire, a ‘hacker house’ located in Buenos Aires, Argentina. Many of its residents were primarily focused on blockchain projects, so naturally, this is what discussions would be about.

Ordano and Jardi, for example, were working as software engineers at BitPay at the time. Their view on blockchain technology completely changed when residents of Voltaire decided to purchase an HTC Vive for the house.

Ordano especially found himself having a sort of eureka moment, thinking how vast the opportunities of a virtual world powered by blockchain technology could be. After two years of development, in March 2017, the team was able to deploy the ‘Bronze Age’ version on a testnet, which gave prospective players the ability to start shaping their environment and build simple structures.

In July, the team unveiled the Decentraland Whitepaper to the public and announced that it would be raising money via an Initial Coin Offering (ICO) to fund the project.

The ICO, which took place in August, was one of the most successful ones during the now-famed 2017 bull run. Within around 35 seconds, the team managed to raise around 86,206 ether, equal to about $26 million at the time. For reference: the team behind the Brave browser managed to accomplish a similar feat within around 30 seconds three months earlier in May.

And just like that, Decentraland was off to the races. However, Decentraland remained inaccessible to the wider public and was, in fact, only open to early investors and selected individuals. In early 2018, the team released a software development kit (SDK) that enabled developers to create virtual ‘scenes’, such as casinos or museums, and deploy them on the land they own.

On March 23rd, the platform also released its Land Marketplace, enabling community members to auction off their parcels of land and other virtual goods. While Araoz and Jardi had slowly but surely removed themselves from the project, Meilich and Ordano stepped in to become the public faces of Decentraland and beef up demand for the platform.

Another way with which Decentraland tried to increase adoption was to launch a $5 million fund in September 2018. The fund would be deployed towards supporting blockchain gaming projects built on its platform.

Throughout 2019, Decentraland managed to score a variety of partnerships, such as having its MANA tokens supported by HTC’s Exodus smartphone or building its first Mega Casino in cooperation with Decentral Games.

Finally, on February 20th, 2020, after three years of development and land building, Decentraland opened up its platform to the wider public. The opening of the platform was accompanied by a massive treasure hunt that allowed users to win various prizes, such as Axies or CryptoKitties, worth more than $100,000.

Around the same time, in April, co-founders Meilich and Ordano also ceded control of the platform and moved towards its current DAO structure. Both Meilich and Ordano would act as advisors to the foundation. Meilich, not long after, founded Big Time Studios, a multiplayer action role-playing game that makes collectible NFTs accessible to everyone.

Towards the end of 2020 and the beginning of 2021, the NFT sector started to experience unprecedented growth. Platforms such as OpenSea and Rarible were able to gross hundreds of millions in (secondary) sales.

In order to keep up with demand and minimize Ethereum gas fees, Decentraland built a token bridge with Polygon to enable cheaper MANA transfers. In early June, as demand for NFTs literally skyrocketed, a virtual plot of land in Decentraland sold for a whopping $913,000.

Over the coming weeks and months, Decentraland was able to attract more and more heavy hitters. Artists such as Philip Colbert or Sotheby’s, the 277-year-old British auction house, all created their own set of NFTs on the platform.

In mid-October, Decentraland even managed to host a four-day festival featuring more than 80 real-world artists such as Deadmau5 or Paris Hilton. The event managed to attract more than 50,000 virtual attendees.

However, the biggest boost to its platform came a mere two weeks later. On October 28th, 2021, Facebook CEO Mark Zuckerberg announced that the company he founded would be renamed to Meta (alongside a shift to VR).

Interest in metaverse platforms, such as Decentraland or The Sandbox, which had been working on their respective platforms for years, literally exploded. For example, in late November, digital asset investor Tokens.com purchased digital land on the platform worth $2.4 million.

As a result, Decentraland was able to score even more partnerships with the likes of basketball star Stephen Curry, Samsung, or Tennis Australia.

How Does Decentraland Make Money?

Decentraland makes money by issuing and holding its MANA tokens. The platform was able to raise an initial $26 million during its ICO by selling MANA to interested investors.

During its ICO, Decentraland’s team only sold a portion of MANA tokens. The rest is being kept in reserve and slowly being distributed to the platform’s developers as well as employees of the foundation.

The business model of Decentraland is, therefore, predicated on driving up demand for the MANA token.

The higher the value of one token, the greater is the incentive for developers to contribute to the platform (since they are compensated in MANA). Work that is being conducted, for example, the addition of voice chats, is being voted upon by the DAO.

Another way with which Decentraland is able to drive demand for MANA is by issuing plots of land to other users. Users pay for the land using MANA and receive LAND tokens in return.

Some of those users end up building various attractions that fill its metaverse with activities. For example, Decentral Games has created a casino within Decentraland’s Vegas City. Decentral Games can then monetize the casino by hosting various games such as blackjack or poker.

To that extent, Decentraland, back in 2018, created a $5 million fund with which it would invest in companies that plan on building out those activities.

Issuing funds for creators and developers is certainly not a unique approach. Roblox itself created a $25 million Game Fund and sponsors game developers with a minimum investment of $500,000.

It has to be noted that Decentraland does not participate in any of the transactions taking place on its platform. If an artist, for example, is able to sell a piece of artwork, then all the proceeds go to him or her. This, again, drives up demand for the platform and consequently increases the value of MANA.

Decentraland, according to Pitchbook, has raised a total of $51 million in funding across four rounds of funding.

Unfortunately, neither a valuation nor the firm’s revenue was being disclosed during any of the funding rounds.