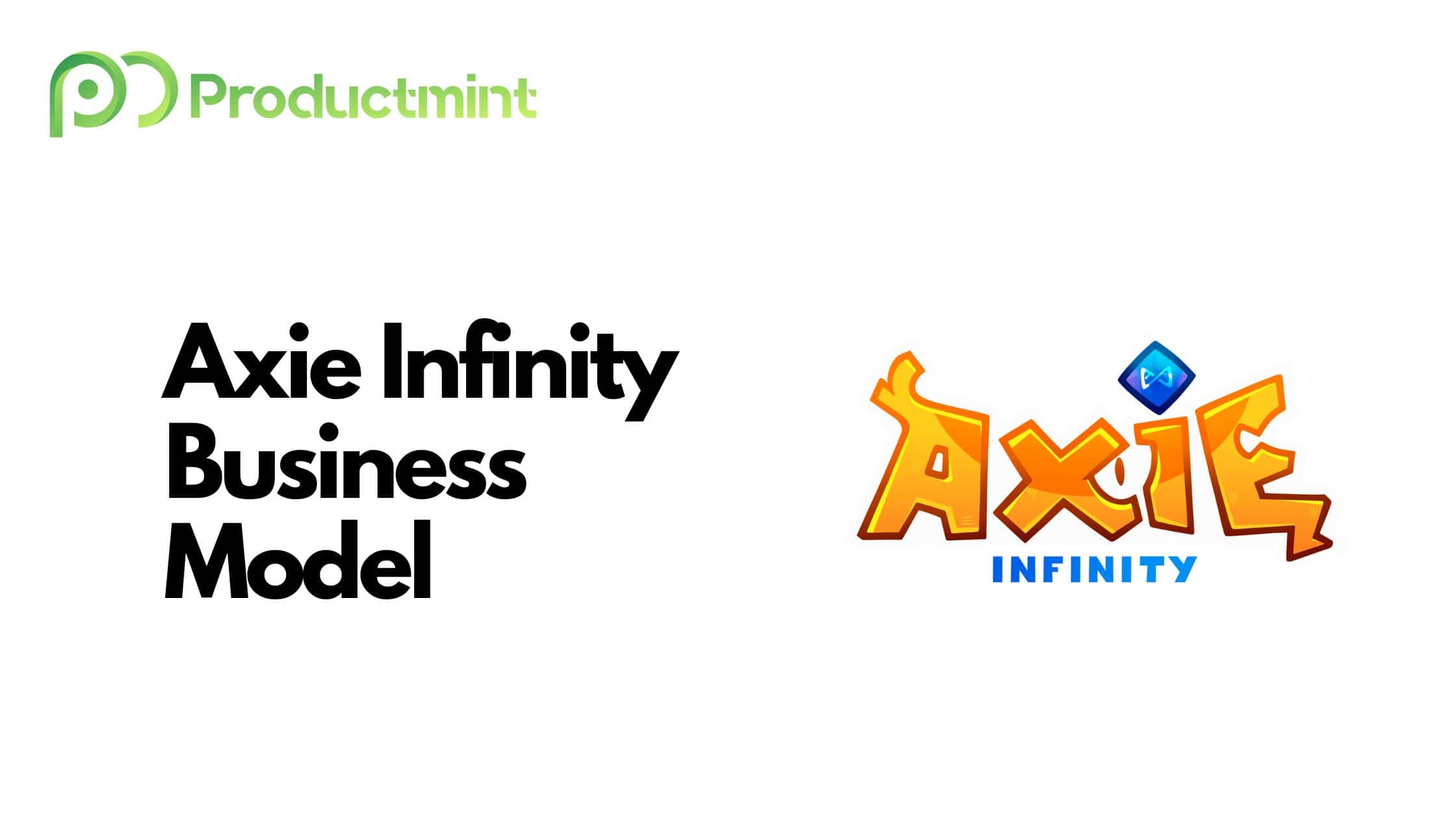 Axie Infinity is a blockchain-based game in which players breed, raise, and battle monsters that are called Axies.

Axie Infinity makes money by charging a 4.25 percent fee for transactions taking place in its own marketplace.

Founded in 2018, Axie Infinity has become one of the world’s leading blockchain-based games. The company behind it, Sky Mavis, has raised $161 million to date.

How Does Axie Infinity Work?

Axie Infinity, which is developed and distributed by Sky Mavis, is a blockchain-based game in which you pit teams of creatures (called Axies) against each other in arena battles. The players engage in a virtual world called Lunacia.

The game itself is inspired by the massively popular Pokémon, allowing players to breed, raise, and battle with the monsters they own.

Players either engage in battles against other players or computer-controlled teams. The items that a player collects are non-fungible tokens (NFTs), which are linked to the characters and land plots a player can own.

Axies can then be traded on the platform’s very own marketplace by exchanging in Ether, the currency behind the Ethereum blockchain.

Axie Infinity itself runs on the Ethereum blockchain, which is supported by Ronin, its own sidechain. The sidechain allows it to minimize trading fees while speeding transaction speed.

Whenever players win a battle, they are rewarded Small Love Potions (SLP), one of the game’s native currencies. The game’s second native currency, Axis Infinity Shard (AXS), is the native governance token of Axie Infinity.

A combination of AXS and SLP can be used to breed new Axies. The AXS portion can differ and is dependent on a myriad of economic factors. To avoid hyperinflation there is a cap on the number of offspring an Axie can bread before it is sterile.

Users can, furthermore, acquire tokenized plots of land, which they for example can use to breed new Axies or fight attacking monsters who, once defeated, will drop a collection of resources used to upgrade land and individual Axies.

Since players have to first purchase a minimum of three Axies to get started, the game has seen the emergence of so-called Axie scholars. Here, Axie owners loan their NFTs to those scholars who then use them in battle. A portion of the rewards they earn is then funneled back to the owner (while the scholar gets to keep the rest).

CEO Nguyen is the most experienced of the bunch when it comes to entrepreneurial experience. In 2012, at age 20, he dropped out of university to co-found Lozi where he served as CTO.

Lozi initially started out as a social network for food bloggers but later transformed into an eCommerce platform for people to buy and sell stuff in various categories such as electronics or fashion (and is now called Loship).

They managed to grow the social network to over eight million users while raising a first seed round in June 2015. However, this also became the month in which Nguyen departed as he became increasingly disconnected from the startup’s mission.

Over the next three years, he worked as a software engineer for Anduin Transactions, a Silicon Valley-based company that offers a platform that speeds up investment deals.

Around 2017, being an avid gamer, he found himself drawn to a title that began taking the world by storm: CryptoKitties. The game became the first widely adopted example of an NFT-based game.

Ironically enough, Nguyen had previously dabbled in blockchain-related technologies but didn’t like the ‘get rich quick’ feel associated with the industry – particularly exemplified by the ICO craze that took place during most of 2017.

Being a skilled programmer, he quickly realized that he could develop his very own NFT-based game. He also ended up meeting his future co-founders Larsen and Zirlin while playing the game. The latter had even quit his job at the time and became a streamer that promoted the game

They formally incorporated the company in January 2018 and got to work. To fund the development of the game, they raised 900 ETH (with one ETH valued at around $120 at the time) via a crowdfunding campaign.

Later that year, in August, they unveiled the product to the public via an open beta. The open beta approach was used to refine the gameplay design as well as the economics of the game, all facilitated through player feedback.

The team continued to plug away with new features and partnerships, for instance by introducing idle battle games (October) as well as a tutorial system and a friendly battles mechanic (November).

One of the biggest draws of the game was introduced at the beginning of the new year. In January 2019, Axie Infinity announced the launch of land sales (vis-à-vis its tokenized world of Lunacia). They successfully managed to sell 3200 ETH (equal to around $700,000) worth of land within days of the launch.

The game’s continuous growth enabled the team to raise their first institutional round of funding. In November 2019, Sky Mavis raised $1.465 million in a funding round led by Animoca Brands with participation from Hashed, Pangea Blockchain Fund, ConsenSys, and 500 Startups.

At the start of 2020, Axie Infinity had already attracted over 3,000 active players. However, it was the coronavirus pandemic that led to an explosion in new players joining. The growth particularly came from countries that were hit hardest by the virus and subsequent lockdowns/travel bans.

For instance, players in the Philippines were not only making enough to survive but some of them were even able to quit their regular jobs to focus on Axie Infinity on a full-time basis. Some were making enough to even purchase pieces of land or take care of their families.

To better take advantage of the increase in player engagement, the founding team participated in Ubisoft’s Entrepreneurs Lab, which focused on helping blockchain-based startups, such as Sorare, to build sustainable businesses.

The growing adoption of the game led the team to launch AXS, the game’s native governance token, in November 2021. Much like Uniswap’s UNI token, it allows holders to vote on decisions regarding the game and its future development (as well as stake it for rewards). The more tokens one possesses, the greater his or her voting rights.

Another advantage of the token issuance was that it allowed Sky Mavis to raise additional cash. By issuing the token to the public, the company was able to bank another $860,000. By the end of 2020, Axie Infinity had already amassed 10,000 monthly active users.

However, the launch of Ronin in February 2021, its dedicated sidechain (which decreases gas fees and speeds up gameplay), would prove to be one of the most important moves the company ever made.

Aided by the NFT craze, which was best exemplified by the sale of a digital collage by the artist Beeple for $69.3 million, Axie Infinity’s adoption completely exploded in 2021. The same month Ronin was introduced, a digital plot of land on Lunancia sold for $1.5 million on Axie’s online marketplace.

This also led to a surge in the prices of AXS and SLP, which then resulted in the creation of ancillary companies that were running on Axie’s platform.

The best example of this was probably Yield Guild Games, a company that handed out scholarships to new players (whenever one wants to join Axie Infinity, he or she has to purchase three Axies, which became financially challenging for many of the players that are based in third-world countries).

As a result, Sky Mavis was able to raise another round of funding in May. This time, backers such as Blocktower Capital, Konvoy Ventures, and even Marc Cuban invested another $7.5 million into the company. By that point, Axies had already grown to 36,000 daily active users.

Over the summer, adoption of the game literally exploded. By August, the game had managed to cross the inaugural mark of one million daily active users (compared to 350,000 at the beginning of July).

Unfortunately, not everyone was so happy about that. In late August, regulators in its prime market, the Philippines, stated that they were investigating how to tax both the players as well as Sky Mavis (which reported all of its income to Vietnamese authorities).

Another problem, especially for players from developing countries, was the volatility of SLP. In September, its price went from $0.36 down to $0.13, which significantly diminished player earnings.

Despite its troubles, growth and investor interest remained undeterred. In mid-September, it crossed $2 billion in sales that were facilitated through its platform. Then, a month later, investors including Andreessen Horowitz poured in a whopping $152 million into Sky Mavis, valuing it at $3 billion.

Axie Infinity experienced another boost when in late October, Facebook announced that it would rebrand to Meta. Axie, at the time of writing, is probably one of the closest ecosystems that resemble a metaverse, which naturally allowed them to attract even more players.

Today, Sky Mavis employs close to 200 people across the globe (however, around 80 percent of its workforce is based in Vietnam). More than two million people play Axie Infinity every day.

How Does Axie Infinity Make Money?

Axie Infinity makes money by charging 4.25 percent for transactions taking place on its own marketplace.

The fee itself is paid by the seller after a transaction goes through. Players can purchase and sell Axies, land, items, as well as bundles.

Much like other NFT-based games, such as Sorare or NBA Top Shots, its characters possess varying levels of strength.

As a result, rarer characters are often worth considerably more. And since Axie Infinity also participates in secondary sales, it consequently will earn even more as demand for these characters increases.

Its play-to-earn business model, however, has also been subject to criticism. For instance, new players have to spend hundreds of dollars to purchase the three Axies that are required to begin playing.

Some have even compared the game to a pyramid scheme due to the usage of guilds. These guilds loan out Axies to newly joined players and consequently split the revenue between the owner and player.

This may only be sustainable as long as the number of players that join the game is greater than the existing player base. Once that equation flips, there are simply not enough new joiners to collaborate with and liquidity providers are forced to actually play the game.

Sky Mavis is well aware of these issues, though. The company has contemplated circumventing the entry problem by allowing players to enter the game without buying Axies. Alternatively, other entities provide grants or donations to players.

Sky Mavis (the studio behind Axie Infinity), according to Crunchbase, has raised a total of $161 million across three rounds of funding.

Sky Mavis is currently being valued at $3 billion after raising a $152 million Series B round in October 2021.

Since Sky Mavis remains in private ownership, it is not obligated to disclose revenue figures to the public. However, blockchain tracker Token Terminal estimates that Axie Infinity generated $364 million in revenue – in August 2021 alone. That’s up 85 percent from its July numbers during which the company generated $196 million.