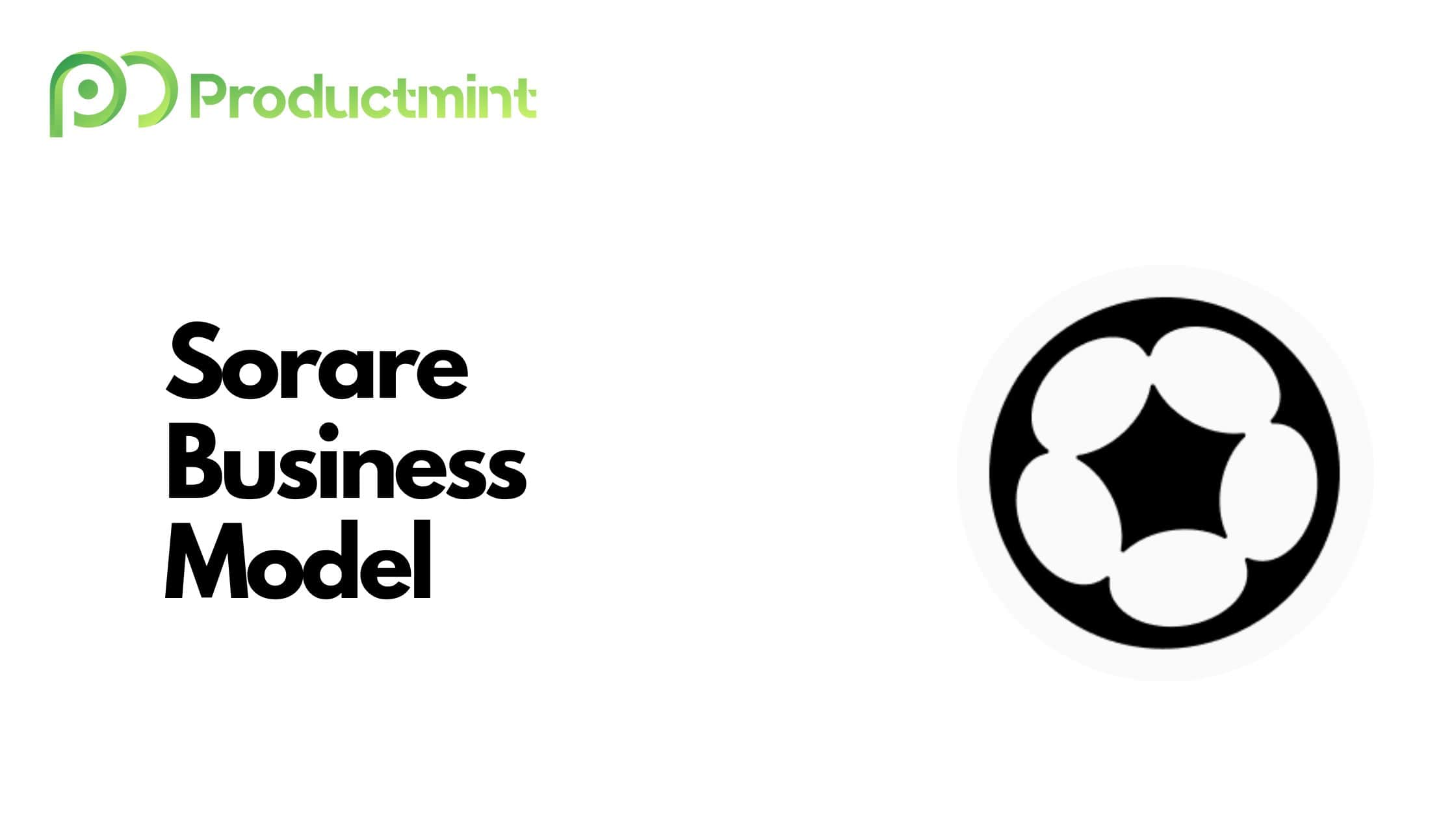 Sorare is a fantasy football game that allows players to create virtual teams and compete against each other in a league format.

Sorare makes money by issuing and selling new cards on its platform. Players can then purchase those cards and add them to their existing squads.

Founded in 2018, Sorare has raised close to $740 million to date. Its business is currently valued at $4.2 billion.

How Does Sorare Work?

Sorare, pronounced “so rare”, is a fantasy football game that allows players to create virtual teams and compete against each other in a league format.

What separates Sorare from traditional fantasy league games is that its platform is tokenized on the Ethereum blockchain.

The player cards represent non-fungible tokens (NFTs), which can be purchased and sold on the game’s own marketplace. Each digital card is registered as a unique token on the Ethereum blockchain.

Depending on the card’s categorization, namely Limited, Rare, Super Rare, and Unique, only a set number of cards is issued every season. For instance, there are 1,000 Limited cards of a player released but only one Unique.

The game offers a variety of leagues that players can join, including region-focused leagues or tournaments for rookie players.

Once you join a league, you can pick your individual line-up for each game day. Once the gameday commences, all points, which are based on a player’s performance (such as goals and assist), are tallied to determine the winner(s).

A player, depending on your card’s rarity, will also receive different levels of boosts on the points scored. For instance, a Rare card will receive a point boost of up to 15 percent while a Unique one can get up to 55 percent.

Players can earn a variety of rewards, based on the league they partake, which include rare cards as well as Ether (Ethereum’s currency).

Sorare can currently only be accessed via the firm’s website. Players can also engage with each other using its Discord and Twitter community.

Sorare, headquartered in Paris, France, was founded in 2018 by Nicolas Julia (CEO) as well as Adrien Montfort.

Prior to founding Sorare, Julia had already gained some experience in the world of entrepreneurship. In 2015, he co-founded La Javaness, an AI-based tool used for process automation.

However, he departed from the business a year later and joined Stratumn, a platform for developing enterprise-level blockchain applications, as its VP of Operations.

At Stratumn is where he ended up meeting his fellow co-founder Montfort, who joined the company a year later and held various software-engineering-related roles prior to that.

Around that time, the concept of blockchains and cryptocurrencies finally began to take off. For many, the Bitcoin rally of 2017 served as a first introduction to the ecosystem.

In the meantime, both Julia and Montfort were already much further ahead and extremely early in understanding the vast potential that blockchains and cryptocurrencies possessed.

As a result of that knowledge, they decided to commence work on Sorare. In December 2018, they officially incorporated the company. While working on getting the beta product out, they were also able to secure their first seed funding.

In March 2019, Australian entrepreneur Chris Hitchen provided them with a seed investment of $100,000, which valued the young startup at $3.2 million. Just for reference: Hitchen’s seed investment has netted him a return of 220,000 percent (!) over the next 28 months.

At the time, Sorare’s only partner was a third division Belgian soccer team that had piloted the concept together with the team. Soon after, the team was able to attract a few more investors who altogether provided the company with €500,000 in seed capital.

Sorare remained invite-only until late 2019 when it finally opened up to the public. From there, it literally took off.

With tens of thousands of players being part of its platform, conversations with other clubs suddenly became much easier. In the first half of 2020, the company signed agreements with the likes of Juventus Turin, Lazio Rome, Olympique Lyonnais, and South Korea’s K-League, and more.

By summer 2020, Sorare had already sold over $1 million worth of cards. Certainly, the coronavirus pandemic rapidly ascended adoption as humans spent more time being glued to their computer screens.

As a result, Sorare was able to raise a funding round of €3.5 million in July. The founders also understood the power of signaling by allowing World Cup Champion André Schürrle to take part in the funding round.

The remainder of 2020 continued to yield spectacular growth. For instance, the team was able to sign on then-Champions-League winner Bayern Munich as a partner. They also extended the July round by allowing Gerard Piqué, captain of Barcelona FC, to invest $4.3 million. He also joined the company as a strategic advisor.

However, one message that went unnoticed, yet became an integral part of its growth, was Sorare’s integration with crypto wallet Ramp. The partnership allowed for seamless integration of user wallets, which in turn removed a lot of friction in the payment process, thus increasing volumes on the marketplace.

Sorare also continued to make headwinds on the partnership side. In January and February 2021 alone, it signed on Liverpool FC, River Plate, Atlas Futbol Club, as well as the Eredivisie, the top football league of the Netherlands.

The growth was rewarded with yet another capital injection. This time (in February), Sorare raised €40 million from world-class investors like Benchmark and Accel as well as super angels like Antoine Griezmann, Alexis Ohanian (founder of Reddit), Gary Vaynerchuk, or Rio Ferdinand. By that point, more than 120 football clubs had launched digital cards on Sorare.

The biggest sign of Sorare’s staying power was news that the company itself didn’t even actively contribute to. On March 15th, 2021, a Cristiano Ronaldo NFT on its platform sold for $290,000 worth of Ether, officially becoming the world’s most expensive football trading card.

Over the course of the year, Sorare simply continued to do what works, which is to sign on more teams and players. During the 2020 Euros, it added cards for the French, German, and Belgian teams. By October 2021, Sorare had managed to ink deals with the top five European leagues.

However, a month prior, much bigger news was announced. SoftBank led a $680 million investment in Sorare, which valued the company, which had only 30 employees when the funding was disclosed, at a whopping $4.8 billion.

Despite the firm’s rapid ascend, it also began experiencing some hiccups along the way. In October 2021, the UK’s gambling commission launched an investigation into its platform. The goal of the inquisition was to establish whether requires a gambling operator license or not.

How Does Sorare Make Money?

Sorare makes money by issuing and selling new cards on its platform. Players can then purchase those cards and add them to their existing squads.

As of right now, Sorare does not receive a fee for secondary transactions, meaning if a player is selling a card on its marketplace.

The cards can be purchased using Ethereum’s cryptocurrency named Ether. Given that Sorare is integrated with crypto wallet Ramp, its users can simply transfer their funds from the Ramp wallet into Sorare.

Sorare’s platform also acts as an additional source of revenue for clubs and leagues. The clubs receive a portion of the sale value as part of the licensing agreement.

The better known a club or league is, the higher is the slice of the pie they can command. Nevertheless, even lesser-known leagues can profit from partaking in Sorare.

First and foremost, Sorare exposes those leagues to a worldwide and highly engaged audience. As a result, it effectively acts as a marketing channel to provide them with new fans.

This is amplified by the fact that Sorare does not separate between leagues. A goal scored in Korea’s K-League holds just as much weight as one in the Premier League.

Going forward, Sorare will want to sign on all available pro football leagues. On top of that, it may expand into additional sports like basketball.

Sorare, according to Crunchbase, has raised a total of $739.2 million across five rounds of venture capital funding.

Sorare is currently being valued at $4.2 billion after raising $680 million during its Series B round in September 2021.

The company, which remains in private ownership, does currently not disclose any revenue figures to the public.