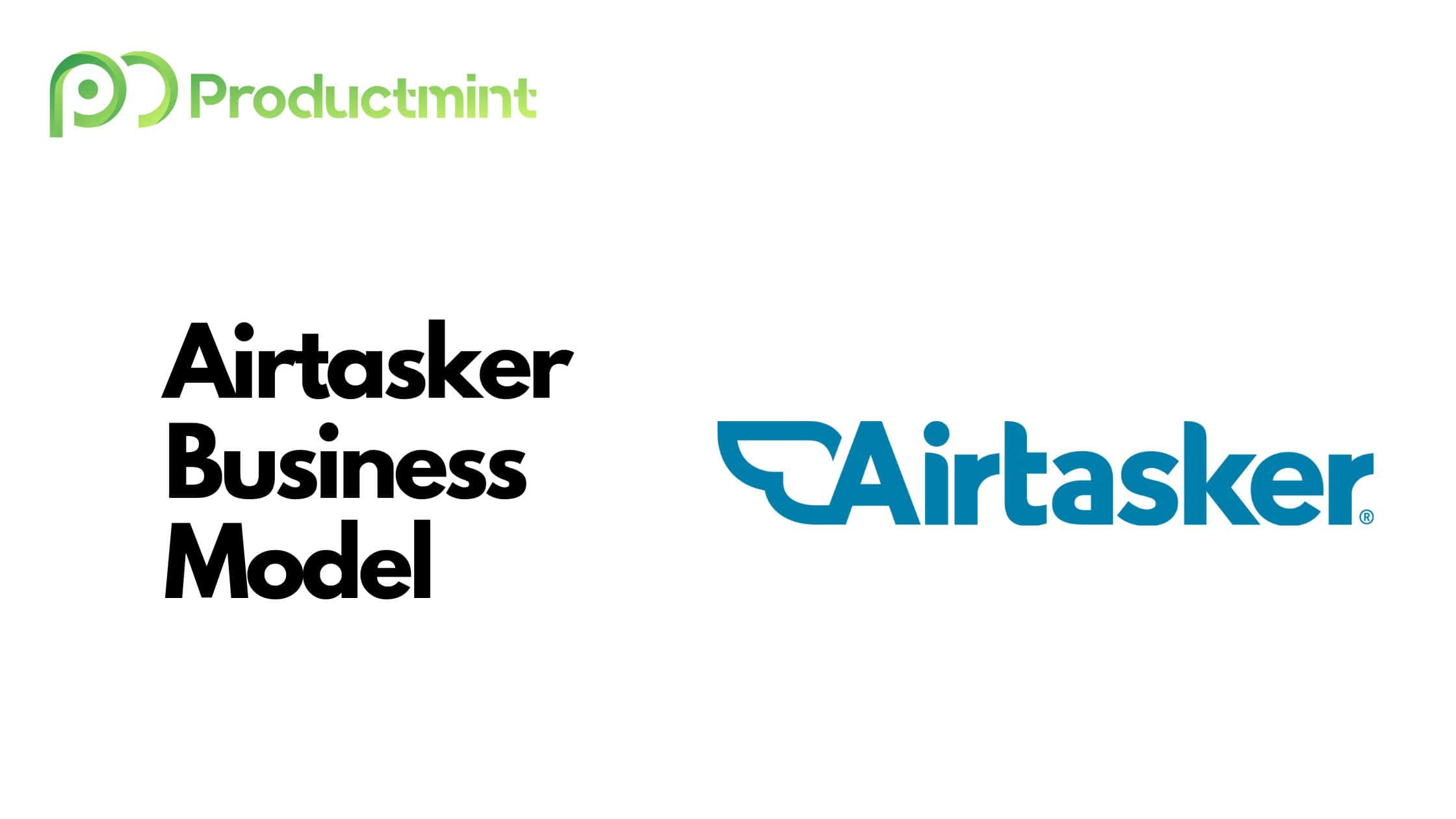 Airtasker is an online platform that connects local service providers, which are named Taskers, with customers demanding those very same services.

Founded in 2012, Airtasker has become one of the world’s leading horizontal marketplaces. It went public on the Australian Stock Exchange in March 2021.

Airtasker is an online marketplace that connects local service providers, so-called Taskers, with people in need of those services.

Users can pick a variety of professions and services, including home repair, pet sitting, clearance services, carpentry, and dozens more.

Here’s how it works. First, you simply register yourself by adding your personal as well as payment information.

Then, users can go ahead and describe the task they need to get done. They can add things like the due date, location (Airtasker also offers online services), the budget, as well as a description of the work needing to be done.

The Taskers can then bid on this job request. You, as the customer, can take a look at their profiles (including skills, reviews, and more) and choose the person you like most.

When you accept an offer, your payment is held securely with Airtasker Pay until the task is complete. Meanwhile, you can also message and call the service provider to sort out the details, if necessary.

Once the task is completed, customers simply release the payment held with Airtasker Pay, which is the platform’s own secure payment system. Services can be paid for using bank transfers, debit or credit cards, and even ‘Buy Now, Pay Later’ solutions like Afterpay.

Airtasker can be accessed by visiting the company’s website or downloading any of its mobile apps (available on Android and iOS devices).

Airtasker, headquartered in Sydney, Australia, was founded in 2012 by Tim Fung (CEO) as well as Jonathan Lui.

Both Fung and Lui graduated from the University of South Wales in the mid-2000s. While Lui went on to work as a project manager at IBM, Fung became an analyst at investment bank Macquarie.

Fung then joined Chic Celebrity Management as a talent agent. There, he was also responsible for setting up amaysim, Australia’s first low-cost mobile service provider. Lui joined the amaysim not long after.

One day, Fung had consulted a friend for help to move into a new house. One of Mr Fung’s friends owned a large truck as part of his chicken nugget factory business and was thus able to transport the furniture.

After his friend completed the task, he told him that Fung was already the fourth person that had asked him for help due to his large truck. It immediately clicked and made him wonder whether there were others who would be willing to carry out similar tasks in exchange for money.

That became Fung’s proverbial lightbulb moment. After convincing Lui to join him as a co-founder, he took his idea to investors who provided them with the necessary seed capital to start the business.

Previously, Fung had been able to build relationships with amaysim’s investors, such as BridgeLane Capital, who poured over $30 million into the business. These very same investors were also willing to fund his new venture.

In February 2012, after months of hard work, they finally unveiled Airtasker to the public. Even back then, the firm’s bidding mechanism was already in place. As opposed to Uber, which dictated pricing, the founders took inspiration from marketplaces like Airbnb which leave price discovery up to the users.

The founders, two months after they launched Airtasker, were able to raise their first ‘official’ round of funding. Existing investors like BridgeLane Capital invested a total of A$1.5 million into the company.

Parts of the funding was used to launch its iPhone app on the same day of the announcement (while its Android app was introduced a few weeks later). The firm also introduced various safety features, such as background checks and one-on-one interviews for users to earn verification badges.

Increasing trust in the people you hire or deal with is one of the key components in building up the demand side of any marketplace. Platforms like Craigslist have had various encounters of theft and even murder, which can ultimately turn customers away (and in this case, any publicity is not always good publicity).

In November 2012, Airtasker successfully expanded its business by launching a business version of its product with which it would source out its Taskers to other companies. Within a year after launching, Airtasker had already facilitated over A$600,000 worth of jobs.

The platform’s rapid ascend also allowed Airtasker’s team to make its first acquisition. In February 2013, it purchased competing platform TaskBox for an undisclosed amount (with its founders James Mather and Nick Roberts joining its team).

Its constant growth was rewarded with another round of funding in November. This time, its existing backers poured A$2 million into the business. The continuous support from previous investors indicated that they were liking the numbers they were seeing and wanted to continue betting on a ‘winning horse’.

As typical with many young companies, Airtasker also had some failed experiments to show for. In May 2014, it announced that it would provide Google Glasses to its workers to aid them in their work and bid for jobs. Weeks later, the project was already scrapped.

However, it also continued its acquisition spree. In July, Airtasker acquired Occasional Butler, another direct competitor based in Melbourne. The acquisition made it the undisputed category leader in Australia. However, in certain industries like graphic design, it still lagged behind the established Freelancer.com (which went public in November 2013).

In May 2015, after successfully integrating its competitors, Airtasker raised a Series A round worth A$6.5 million. It claimed over 250,000 users across Australia at the time of the funding announcement.

Over the course of the next year, Airtasker was able to grow its user base from 250,000 to over 600,000 community members. Seniors looking to substitute their income became one of Airtasker’s fastest-growing cohorts. This allowed the founding team to raise another round of funding in June 2016, this time netting them A$22 million.

Unfortunately, not everything was always going according to plan. In October, co-founder Lui announced that he would step from his role as the firm’s COO. He cited a family illness, which required him to move to Singapore, as the reason. While Lui remained on Airtasker’s board, he also went on to launch Soho, a property matching platform, half a year after his departure.

The bad news continued right into the new year. In January 2017, competitor Freelancer.com filed a lawsuit against Airtasker over who has the rights to the “Like a Boss” marketing campaign. The campaign was first launched by Airtasker back in September.

However, Freelancer had allegedly started work on a similar campaign a few years back. Over time, Airtasker had hired a few of those employees that had been involved with the campaign and who essentially brought over those trade secrets.

On the other hand, there was also some positive news. Airtasker, in May, announced a landmark agreement with Australia’s Unions NSW aims to increase minimum rates of pay and improve conditions for workers. Meanwhile, platforms like Deliveroo and Uber were taking continuous heat from regulators for the lack of pay and questionable working conditions.

The constant growth was rewarded with another round of funding in October. This time, Airtasker was able to raise A$33 million. Apart from hiring more people (the company had already 70 employees in Australia and 50 in Manila), it also announced that it was expanding into the United Kingdom, its first foreign market (it eventually launched in March 2018).

In the UK, it was facing off against San-Francisco-based TaskRabbit, which had launched there back in November 2013. Ironically enough, TaskRabbit was actually acquired by Ikea, one of Airtasker’s partners, a month prior.

Talking about partnerships, Airtasker simultaneously announced that it would also work together with eBay. At the time, Airtasker already counted 1.7 million members, a threefold increase from 2016.

Yet again, bad news would accompany the company. In March 2018, unlicensed Taskers took on asbestos removal jobs without the required training or equipment. Airtasker responded by introducing universal personal accident cover for its workers.

Airtasker entered its second foreign market, Ireland, in April 2019. Since the legal and regulatory environment was similar to the UK, it became a logical next step to expand the business.

2020, however, was at first less kind to the platform. The coronavirus pandemic made money off its most popular jobs redundant. Luckily, other tasks, such as delivering groceries or bicycle repairs, picked up the slack. Airtasker used this minor headwind to expand into two more markets by launching in both New Zealand and Singapore in October.

Over the course of 2020, Airtasker finally managed to become profitable. It used this positive momentum to go public on the Australian Stock Exchange (ASX) in March 2021. A paperwork error by the ASX delayed the IPO by 24 hours but ultimately didn’t lead to any harm.

Airtasker used the money it raised from the IPO, A$83.7 million to be exact, to expand into the United States by acquiring local platform Zaarly for US$3.4 million in May. There, it would face stiff competition from the likes of Angi (formerly Angie’s List), Thumbtack, and TaskRabbit.

Today, Airtasker counts close to five million members on its platform. Furthermore, over 300 people are employed by the company.

How Does Airtasker Make Money?

Airtasker makes money from booking and service fees. Taskers are charged a service fee, which ranges anywhere between 10 to 20 percent.

The percentage is dependent on the number of orders that a tasker has fulfilled. The orders a tasker fulfills, the lower his or her fees are.

This is supposed to incentivize taskers to stay on the platform and not fulfill their orders outside of it (which would then not enable Airtasker to monetize subsequent orders).

Airtasker, furthermore, maximizes transaction volumes through its corporate partnerships, such as the ones it has with Ikea or eBay.

On top of that, it also helps other businesses, such as Airbnb, Delivery Hero, TripAdvisor, or Uber with tasks that they need to be done.

Apart from its service fee, Airtasker also charges a booking fee in selected markets. This fee is paid by the customer itself and ranges between A$2.90 and A $24.90. The booking fee goes towards funding Airtasker’s daily operations.

Airtasker operates on a marketplace business model. Its goal, therefore, is to maximize liquidity, which means it wants to match taskers with customers as often as possible.

Not only does that require building up its supply side but Airtasker also uses technology to increase the match rate. For instance, it has developed algorithms that automatically forward job offers to the right set of taskers.

As a horizontal marketplace, Airtasker is required to match almost any odd task/requirement a customer might have. Having access to such an extensive pool of taskers is also a big value proposition for customers as well.

According to data from PitchBook, Airtasker has raised a total of A$94 million across six rounds of venture capital funding.

On top of that, the company also raised another A$83.7 million during its IPO. At the time of going public, Airtasker was valued at A$255.4 million.