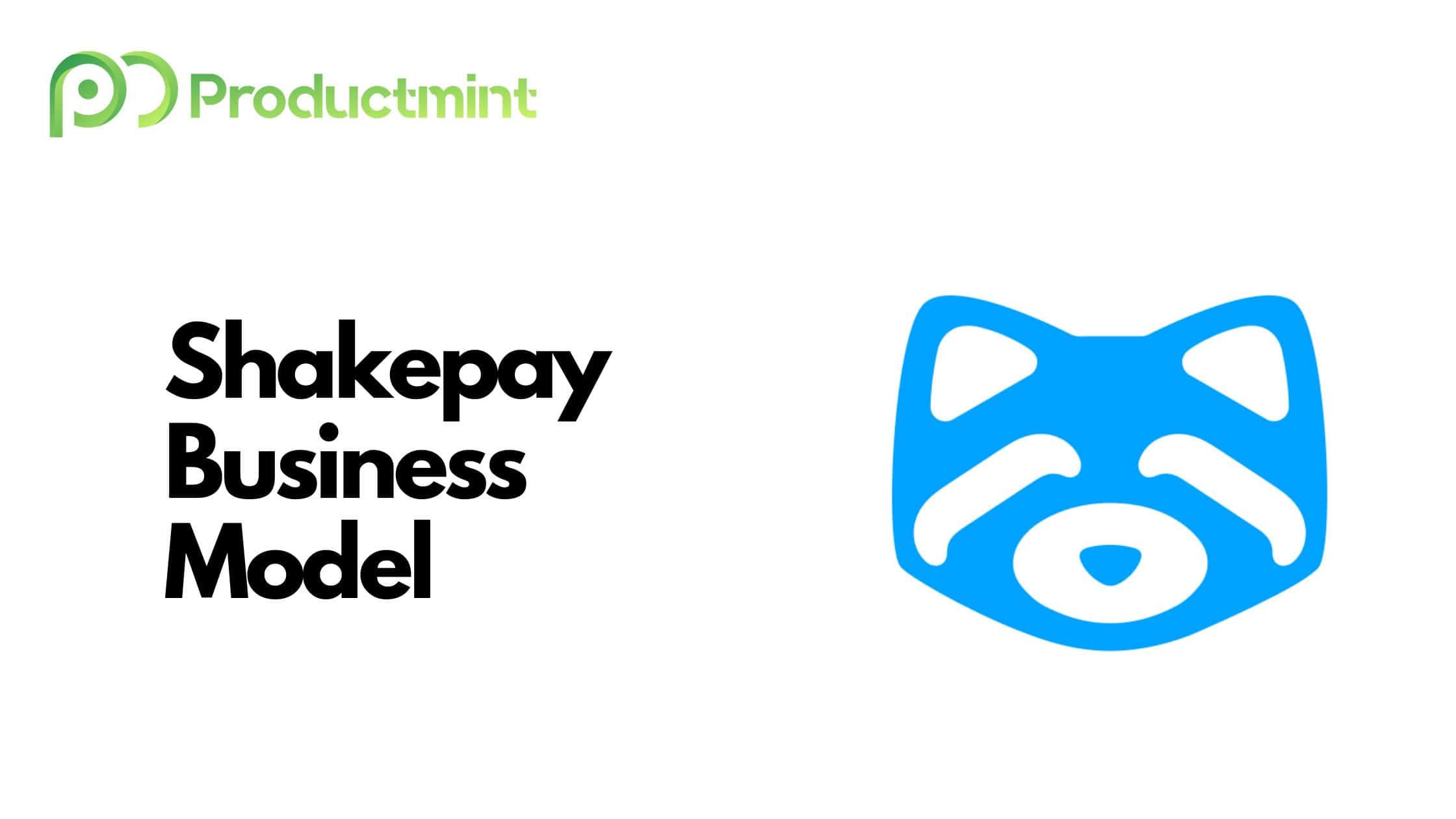 Shakepay is a FinTech company that enables customers to purchase and sell cryptocurrencies such as Bitcoin and Ethereum.

Shakepay makes money via the spread on cryptocurrency trades as well as through interchange fees from its debit card.

Shakepay is a FinTech company that enables customers to purchase and sell cryptocurrencies such as Bitcoin and Ethereum.

In fact, Bitcoin and Ethereum are currently the only currencies that can be traded on the brokerage. The twist is that Shakepay does not charge a commission to conduct those transactions.

The platform’s key feature, after which it is named, incentivizes customers to shake their smartphones every day to earn fractional Bitcoins. The longer a user’s streak, the more he or she earns in Bitcoin.

Apart from trading cryptocurrencies, users can also utilize the Canadian dollars held in their accounts to pay for goods and services in the real world by using Shakepay’s debit card.

On top of that, customers will earn 2 percent in cashback for every purchase they conduct via the card.

Shakepay works together with Peoples Trust Company to ensure that the cryptocurrencies are stored safely. Its policy covers most damages such as theft and loss of private keys.

Additionally, customers can also send money to their friends or issue bank transfers to institutions such as TD, Scotiabank, RBC, and more.

Shakepay is currently only available in Canada. The service can be accessed by visiting its website or downloading its mobile app (available on Android and iOS).

Shakepay, which is headquartered in Montréal, Canada, was founded in 2015 by Jean Amiouny and Roy Breidi.

The two founders met during their college days at McGill University from which they both graduated in 2013. Amiouny studied Civil Engineering while Breidi majored in Computer Engineering.

Around the same time, Amiouny was introduced to Bitcoin for the first time. However, it would take another couple of years until he became ingrained in the scene.

While Breidi went on to work at Morgan Stanley post-graduation, Amiouny first went into consulting and then founded his first company in 2014.

That firm was White Payments, a Dubai-based company that allowed anyone to accept online payments. Within a year, he sold White Payments to Payfort for an undisclosed sum.

After the exit, Amiouny decided to move back to Montreal and decided to get in touch with Breidi who was working for Morgan Stanley at the time.

The two would repeatedly discuss, often over beers, how to fulfill the promise of Bitcoin by allowing anyone to use it as a payment method. And that is exactly how they first launched Shakepay.

To get the business off the ground, they decided to join startup accelerator NEXT Canada in early 2016. In March 2016, after months of working on the idea, they unveiled the beta version of what was then called Shake.

When Shake started out, it was designed to be a payment app. Users could utilize their phone’s NFC technology and pay at any outlet that accepts VISA using the Bitcoin they owned.

Unfortunately, that business would soon cease to exist. Almost a year after launching, in August 2017, Shakepay stopped issuing new debit cards to customers outside Europe (where most of its customers were based anyways). VISA previously dropped its card issuer Wavecrest, which made processing payments impossible.

Being scrappy entrepreneurs, the team ultimately decided to pivot into a new business line. To finance that strategic shift, they decided to raise CA$1 million in funding from Boost VC, Amphora Capital, and a handful of angel investors.

Prior to the funding, the team joined the sixth cohort of Creative Destruction Lab at the Rotman School of Management at the University of Toronto. This ultimately allowed them to connect with the VCs that would be willing to finance the pivot.

In February 2018, after the price of Bitcoin rose from $1,000 to over $20,000, the founders unveiled their new product. Instead of a payment product, they pivoted towards becoming a multi-currency, peer-to-peer mobile wallet. Users could purchase and sell Bitcoin from their mobile within just a few clicks.

In October, the company launched an over-the-counter (OTC) trading desk to service high net-worth individuals and businesses across Canada. Anyone willing to put down CA$50,000 would be able to securely store Bitcoin with the company.

By the end of the year, the new Shakepay had managed to serve over 40,000 customers and transacted more than $30 million in Bitcoin. Part of the reason for its success was the attention to detail the team put towards.

For example, its founders would engage in various cryptocurrency-related Reddit threads and answer questions. Moreover, Shakepay launched a dedicated Discord server for its customers to engage in and be helped.

To cap the year off, Shakepay managed to add Ethereum as its second available cryptocurrency. Over the coming months and years, the team continued to refine the product, for example by adding enhanced two-factor authentication and peer-to-peer payments or by acquiring an insurance policy to beef up its safety net.

By the summer of 2020, the platform crossed the inaugural mark of 100,000 registered users. The coronavirus pandemic, which led to an exponential increase in the adoption of crypto, further aided the firm’s growth.

To be able to accommodate all of those new users, Shakepay decided to team up with Coinbase in November. From there onwards, cryptocurrencies bought on Shakepay would be held in cold storage with Coinbase Custody.

A month later, the company returned to its roots. Shakepay launched its Visa Prepaid Card to 180,000 early access customers, allowing users yet again to pay for products and services using their fiat account balance.

Throughout 2021, Shakepay managed to grow its userbase by almost 400 percent. The exponential growth was rewarded with yet another funding round. In January 2022, Shakepay raised CA$44 million from a multitude of backers such as QED Investors, BoxOne Ventures, and more.

Today, over 900,000 customers store their cryptocurrencies with Shakepay. The company, furthermore, employs close to 100 people.

How Does Shakepay Make Money?

Shakepay makes money via the spread on cryptocurrency trades as well as through interchange fees from its debit card.

The business model of Shakepay is based on providing customers with a simple and secure way of purchasing and selling cryptocurrencies.

Many existing exchanges, due to the vast number of coins and trading products they offer as well as their sometimes-lagging regulatory approval, have scared customers to trust them with their money.

Shakepay, while nearly not offering as many options as other exchanges such as Binance or Coinbase, makes the process of acquiring cryptocurrencies almost foolproof.

It takes customers less than 10 minutes to be able to purchase their first Bitcoin. Additionally, Bitcoins are stored securely offline while Shakepay itself is licensed as a Money Service Business by FINTRAC and Revenu Québec.

Another means of attracting customers is through peer-to-peer payments, which have allowed services like Venmo to grow at a fast pace (ironically, Venmo now offers the ability to buy and sell crypto as well).

Without further ado, let’s take a closer look at each of Shakepay’s revenue streams in the section below.

The majority of the income that Shakepay generates comes from the spread that it applies to each customer purchase and sale.

A spread is essentially the difference between the purchase and the sale price. For example, if the price of Ethereum is $3,000, then Shakepay will sell it for $3,050 (example price) and pocket the difference (i.e., the spread). The same applies whenever a customer chooses to sell a coin.

Shakepay, therefore, tries to establish itself not as a complicated exchange but as a simple means of engaging in crypto and using it as an everyday payment tool.

Other services, such as MoonPay, have adopted a similar strategy. However, instead of applying a spread on trades, they charge a straightforward commission on every buy or sell.

Another source of revenue for Shakepay comes from the interchange fees that it earns whenever a customer uses its debit card.

As previously stated, Shakepay originally introduced the card back in December 2021. Customers can shop at millions of online or in-store Visa-accepting merchants around the world.

On top of that, they will be able to earn 1 percent in cashback paid in Bitcoin. For the first CA$5,000, they even receive 2 percent.

Now, Shakepay does not compensate customers due to the kindness of its heart. Instead, the company earns a so-called interchange fee whenever a customer pays with the card. The interchange fee is paid by the merchant who accepted that payment.

By providing users with cashback rewards, Shakepay is able to get them acquainted with the service (similar thinking is being used for its P2P payment product).

It can be assumed that it’s going to eventually scrap the cashback rewards or work together with cashback partners, such as Starbucks, to receive affiliate commissions on every purchase its customers make.

As of right now, Shakepay is losing money on every customer below the CA$5,000 limit (since interchange fees are capped at 1.5 percent in Canada). Depending on its agreement with Peoples Trust Company, it may even incur a loss on its 1 percent cashback reward.

Shakepay, according to Crunchbase, has raised a total of $36 million across five rounds of venture capital funding.

Shakepay is currently valued at $251 million after raising $44 million Canadian dollars ($35 million) in Series A funding in January 2022.

The company, which remains in private ownership for now, is currently not disclosing any revenue figures to the public.

Shakepay does currently not disclose its ownership structure. However, it can be assumed that Jean Amiouny and Roy Breidi still retain a large stake in the company.

The company’s first seed round came from NEXT Canada, a startup accelerator program, which normally retain a single-digit percentage of the newly formed company.

Even with its most recent $35 million fundraise, it can be assumed that the founders were able to negotiate favorable terms. One of the investors in the funding round said he was “really impressed with [Shakepay’s] scrappiness”and added that the startup  “could have raised $100 million if they wanted to.”

That means there was significant demand for the company, which in turn allowed it to negotiate on more favorable terms (i.e., giving up less equity).