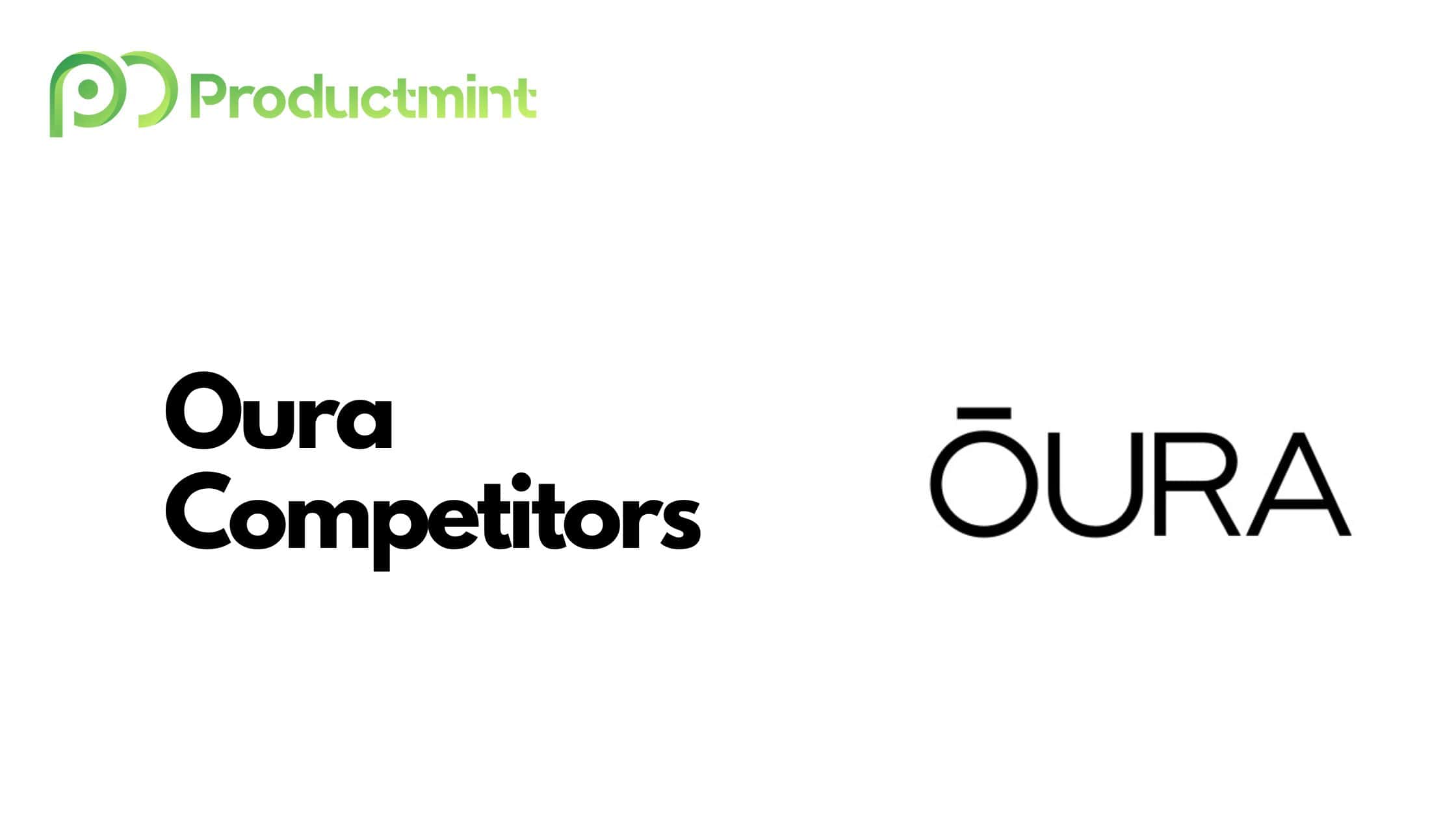 Oura, based out of Oulu, Finland, is a company that manufacturers and distributes a smart ring used to track sleep and physical activities.

Its rings, which are currently on their third iteration and made of titanium, utilize optical heart-rate monitoring to capture a person’s biometric data.

It then creates a dedicated profile and transmits that data to an accompanying app, which is available for both Android and iOS devices, via Bluetooth.

Oura was founded in 2013 by Kari Kivela, Markku Koskela, and Petteri Lahtela. Around 450 people are employed by the company. Moreover, it has raised $148.3 million in funding according to Crunchbase. Lastly, a total of 318,000 people follow the company on Instagram.

The methodology with which the competitors of Oura are ranked is based on publicly available data. Since Oura as well as most of its competitors remain in private ownership, data on revenue is hard to come by.

Instead, its competition is ranked based on three key factors, namely how many people they employ, how much money they have raised, as well as the number of Instagram followers they have. Instagram tends to be the most relevant organic acquisition channel for many direct-to-consumer (DTC) brands, hence other social media platforms are excluded from this analysis.

Additionally, we only look into brands that sell health-oriented smart rings to ensure comparability. The Honorable Mentions section consequently entails companies that tackle other use cases.

This analysis should not be taken as a recommendation to make a particular purchase. It is merely a summary of all the competition that Oura faces as of today.

So, without further ado, let’s take a closer look at the top five competitors of Oura.

The Circular smart ring is a wellness wearable with all the high-tech features you need to sleep better, including sleep tracking and activity monitoring. Circular analyses a multitude of data points such as blood oxygenation, heart rate, sleep cycles, breathing rate, and a lot more.

It comes, just like any other smart ring, with an associated app that has a dedicated AI assistant called Kira.

The ring officially went on sale on February 27th, 2022, after being previously introduced at the Consumer Electronics Show (CES).

The ArcX smart ring is primarily made for and aimed at athletes that want to track their performance during workouts.

Initially launched during CES 2021, the company had been able to capture niche consumer interest and counts professional athletes such as Jaco Van Gass and Constantine Louloudis as (sponsored) customers.

To get the company off the ground, the founders had initially raised money in two crowdfunding rounds, which netted them £30,346 and $45,752, respectively.

A total of five people currently work for ArcX. A little over 1,200 currently follow the company on Instagram.

Prevention is a 70+-year-old health and lifestyle magazine that publishes content on beauty, food, wellness, health, and other related topics.

To serve its readers, the company has introduced a dedicated smart ring called Circul+ in partnership with BodiMetrics in October 2021. It previously sold a similar ring dubbed Circul.

The ring is subtle and adjustable. It comes in 3 different sizes, and a built-in spring tightens sensors against the finger for better accuracy.

Prevention’s Circul+ not only measures blood oxygen but also heart rate, finger temperature, blood pressure, and heart-rate variability. All of these measurements are wirelessly transmitted to a custom mobile app.

The magazine itself has close to 120,000 followers on Instagram, which it activated for the launch and sale of the product. Prevention the company is owned by Hearst Media Group, which has over 2,500 employees.

Sleepon is a manufacturer of healthcare products. Apart from selling smart rings, it also offers eye masks, glasses, or gadgets to decrease snoring.

Its flagship ring, the Go2sleep, can either be worn as a ring or on top of one’s fingertips. The main use case of the product is to monitor, analyze, and improve the sleeping patterns of its users.

Not much info is made available about the company which is operated out of China. No funding has been raised today and LinkedIn cites around five employees. The company, furthermore, only has around 300 followers on Instagram.

It can probably be assumed that the company merely exists to copy Oura and capitalize on the existing smart ring trend.

Another ring set to launch in 2022, Movano could potentially disrupt the dominant market position of the Oura ring.

The company initially wanted to launch a smartwatch but decided to pivot into the smart ring space. Its ring is specifically made for women aims to bring non-invasive blood glucose monitoring solutions to the market.

The product looks to stand out as a more serious healthcare product and gives valuable insights back to wearers.

Movano, in order to finance its vision, went public on the Nasdaq stock exchange in March 2021. It has raised $42.5 million during its IPO, valuing the business at around $154 million. Previously, it also raised $12.5 million in debt financing.

The company currently employs around 25 people. Lastly, just over 1,200 people are following Movano on Instagram right now. However, those metrics are likely to change with its launch in 2022.

Smart rings are used for a variety of purposes. While the Oura ring is certainly one, if not the most famous product in the space, there are still companies that focus on tackling other problems.

One of those other big use cases is payments. Smart rings such as McLear’s RingPay or HECERE’s NFC Ring enable owners to pay at card terminals that are compatible with NFC technology.

Some rings, like the ORII Smart Ring, even allow you to accept and conduct telephone calls while using the ring as a speaker.

There are, furthermore, rings made for car owners and specifically Tesla drivers. Products such as the CNICK Tesla Smart Ring or COLMO Model 3 Smart Ring allow users to replace their Tesla key card and open their cars with the ring.

In general, any ring that offers NFC technology can technically be programmed for a multitude of use cases such as creating business cards or accessing encoded locations.

In summary, one can conclude that Oura remains to be the undisputed market leader in the smart ring industry, especially when it comes to health-focused products.

It, by far, employs the greatest number of people and garners the most eyeballs (as exemplified through its Instagram following).

However, a few competitors, such as Circular or Movano, are gunning for its leadership position with millions in backing and major upcoming product launches.