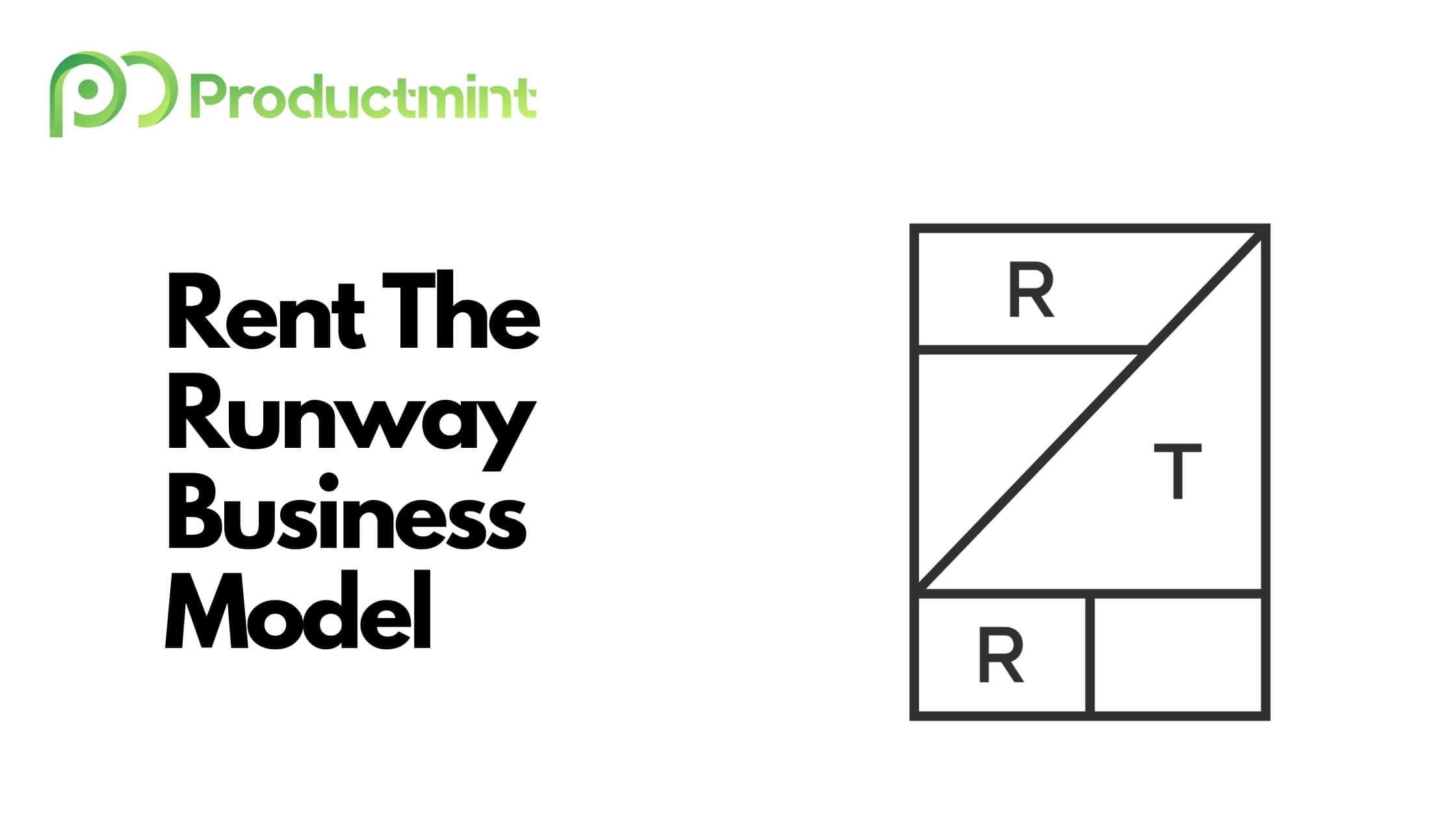 Rent The Runway is an online service that allows customers to rent designer clothes via different subscription plans (or for one time occasions). The company allows users to shop via its website, mobile app or in one of their many physical stores.

Rent The Runway’s business model is based on charging its customers a monthly subscription fee. Furthermore, customers can also purchase clothes directly via its online store.

Founded in 2009, Rent The Runway has risen to become one of the leading players in the FashionTech space. The company managed to go public in October 2021.

How Rent The Runway Works

Rent The Runway is an online service (coupled with physical locations) that provides designers clothes and accessories on a rental basis. The company operates brick and mortar retail locations in cities such as Los Angeles, New York or San Francisco.

The service is primarily tailored towards female fashion, but also offers the possibility to rent clothes for kids or even furniture.

To pick an item of your liking, consumers can either browse through the company’s website or download one of its mobile apps.

Once you discover a product of your liking, the items can be directly picked up at one of the company’s physical locations or are directly posted via mail to your location.

Additionally, the product catalogue is updated on a frequent basis as customers are constantly renting and returning products while Rent The Runway increases its inventory at the same time.

As users continue to browse and engage with the website or app, its recommendation system picks up their habits and preferences. This allows Rent The Runway to show its users the best possible product feed tailored towards the user’s needs and style.

Products can be ordered either on an ad-hoc or subscription basis (more on that later). The chosen plan thereby determines how many items can be rented out in a month (along with different insurance and shipping packages).

A Short History Of Rent The Runway

Rent The Runway was founded in 2009 by Jenn Hyman (CEO) and Jennifer Fleiss (Board Member). The pair met during their MBA at Harvard Business School, where the idea for Rent The Runway originated.

The pair always used to bounce different business ideas off of each other. During a Thanksgiving trip back home, Jennifer found her sister complain about the lack of outfits available – despite having a closet full of clothes.

Luckily, the MBA program offered a course to work on a business idea while receiving credits for doing so.  To test their idea, the pair began purchasing various designer pieces and renting them to undergraduate students on the campus.

Initially, the business started out with allowing customers to rent designer pieces, charging anything between $50 and $400 for a four-day rental period.

The business became an instant success among its female target audience. Five after its inception, the company was able to amass over 5 million customers while shipping 90,000 items per day. Interestingly enough, the company was also operating the country’s largest dry cleaning facility.

But all that growth came at some cost. In 2015, the company lost four of their top executives due to cultural problems and disagreements in the company’s strategic direction.

Four years later, in 2019, the company encountered major delays in their deliveries due to a software problem in their New Jersey warehouse. This caused many customers to miss their orders, which often were planned to be used for specific events.

Furthermore, in 2017, co-founder Jenny Fleiss left her executive position while transitioning into a board member role at Rent The Runway. A year later, she went on to start Jetblack, a chatbot service that recommends and orders fashion items for digitally affluent mothers.

Unfortunately, 2020 continued to be a troubling year for the company. The coronavirus pandemic, which led to worldwide lockdowns (and thus no reason to dress up), caused its revenue to slip.

As a result, the company had to lay off 35 percent of its workforce in May. To make matters worse, there were multiple recorded instances of its workers falling sick while working in the warehouse.

Luckily, with cities in the United States gradually opening up, Rent The Runway was able to slowly rebuild its business. In mid-2021, it announced partnerships with the likes of TripAdvisor and Bumble to show growth ahead of its IPO.

That IPO finally took place on October 27th, 2021, when the company went public on the Nasdaq stock exchange.

Today, Rent The Runway employs close to 1,000 people across multiple offices in the United States and Ireland.

How Does Rent The Runway Make Money?

Rent The Runway’s relies on a subscription based business model. This means that customers, depending on the plan they choose, pay a fixed monthly fee in exchange for using the company’s services.

Rent The Runway offers six different plans that range between $69 and $149. All plans include free shipping and returns, access to member-only sales, cleaning and rental coverage, and sustainable packaging.

Depending on the plan chose, users will get varying access to certain clothes. While the cheapest plan ships one piece a month, the most expensive one provides customers with four.

In case you don’t want to commit to a monthly subscription (and, for instance, would only like to rent for a specific event like a wedding), there’s the Reserve option.

The specific item can be rented for either four or eight days. The price is based on the customer’s location, rental length and the retail value of the rental piece.

Next to female clothing, customers have the opportunity to rent out clothing for their kids (called RTR Kids) as well as furniture (in cooperation with West Elm).

Apart from renting out clothes, customers can simply just buy them in Rent The Runway’s online and offline stores. It launched its resale initiative back in June 2021 as a way to monetize clothing items that are no longer in use.

The move into resale put it into direct competition with the likes of Poshmark and The RealReal.

Rent The Runway has raised $526.1 million in 13 funding rounds according to Crunchbase. Its latest Series F round, in which the company raised $125 million in funding, valued them at $1 billion and putting Rent The Runway in the unicorn club.

Investors into the company include the likes of Bain Capital Ventures, Temasek, Kleiner Perkins, Blue Pool Capital and many others.

When Rent The Runway went public in October 2021, its business was valued at $1.7 billion. It managed to raise another $357 million during the IPO.