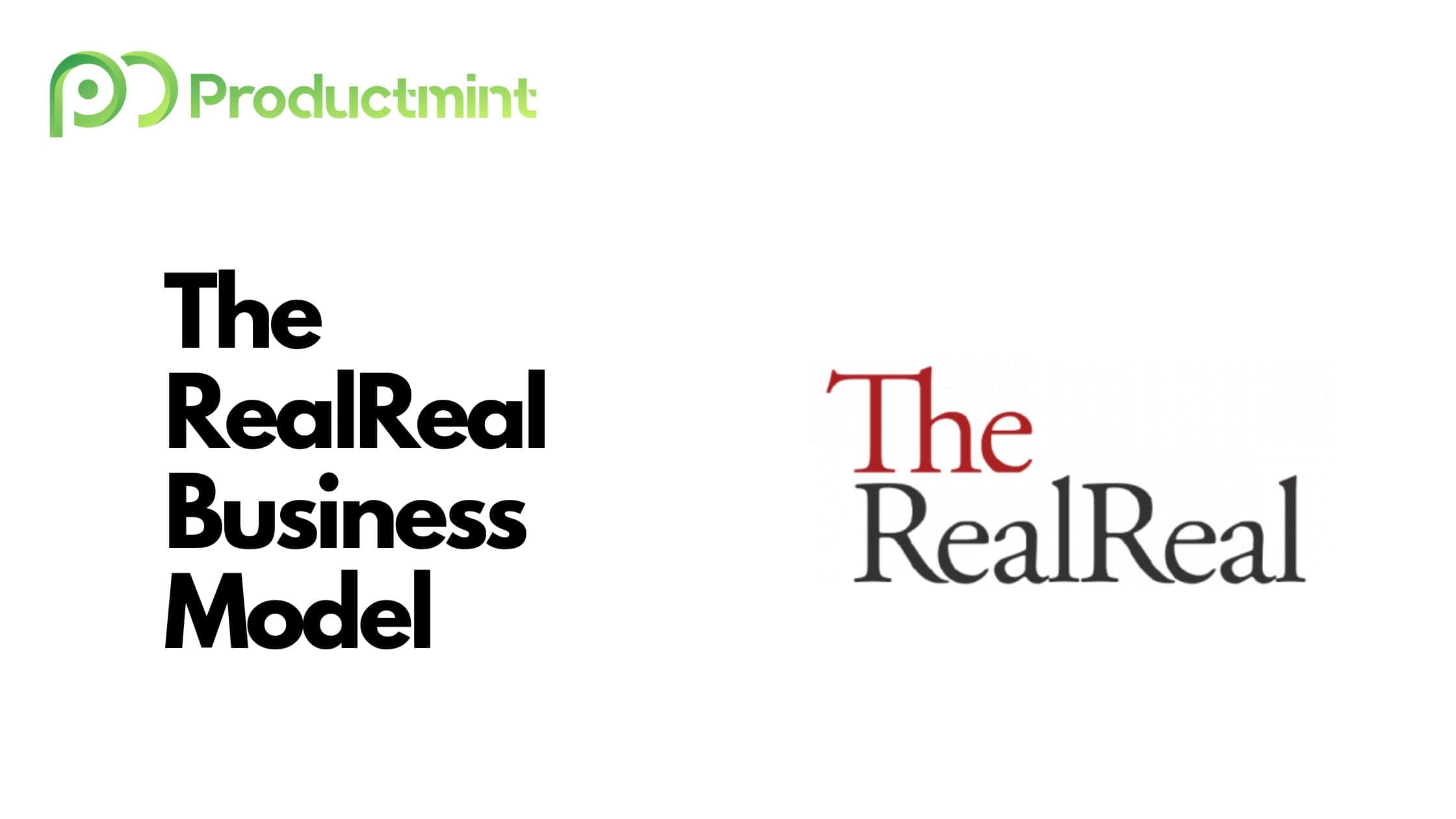 The RealReal is an online fashion marketplace that offers authenticated luxury items. The products are consigned by The RealReal, which employs specifically trained experts that validate items.

The RealReal makes money via the consignment fee it collects on every sale as well as a monthly membership fee in exchange for exclusive product access.

Founded in 2011 and headquartered in San Francisco, the company has quickly risen to become one of the world’s leading luxury marketplaces. The continued growth allowed The RealReal to go public in July 2019.

What Is The RealReal?

The RealReal is an online marketplace that sells authenticated luxury goods. Users can buy items in categories such as men’s and female clothing, jewelry, watches, home accessories, and more.

All the products advertised on their platform are consigned by The RealReal. Selling on The RealReal works as follows.

First, sellers send their for-sale items to The RealReal. The items can either be shipped to one of the company’s e-commerce centers or be handed off in one of their brick-and-mortar stores.

After the items are received, company-vetted experts assess the items for authenticity. The RealReal employs specifically trained gemologists, horologists, and watchmakers that inspect the items.

Once the authentication process is completed, the company’s copywriting and photography teams make sure to create the best description and images for the items.

Finally, a team of trained mathematicians and statisticians come up with the optimal price point. The firm takes into account data from over 8 million sold items. After the process is completed, the items go live for sale on The RealReal’s marketplace.

The RealReal is then the one transacting with the customer, providing them with the means to transfer money and receive the goods. Once the items are sold, sellers will receive their payment (after The RealReal fees are applied, but more on that later).

Apart from private sellers, The RealReal also partners up with established luxury brands. The company recently announced a new strategic partnership with Gucci which sees The RealReal buy up merchandise directly from the Italian fashion house.

The RealReal claims that more than 5,000 items are added on its platform every day. Shoppers can access the platform via the firm’s website or its mobile and tablet apps (available on Android and iOS).

A Short History Of The RealReal (And Its Founder)

The RealReal, headquartered in San Francisco, California, was founded in 2011 by Julie Wainwright, who remains to be the company’s CEO to this date.

Wainwright started her career in brand management during the 1980’s, working at Clorox. One day, someone from Clorox’s finance department brought in their Apple II computer, which had VisiCalc (one of the first spreadsheet programs) installed on it.

Wainwright immediately recognized the potential that computing and software could have on the world. She eventually joined Software Publishing as a product manager. She later was assigned to set up a spin-off named Power Up! In London.

After her short stint in the UK, she went back to Californica where she served as Vice President for Worldwide Sales & Marketing at Berkeley Systems. At age 30, she ended up getting promoted to CEO.

One of her biggest achievements became the launch of You Don’t Know Jack, which became the best-selling game in the United States at the time. Berkeley Systems was eventually sold – and Wainwright recruited to join as CEO of Reel.com.

Reel was an online video store that allowed customers to rent and buy movies (mainly in the form of DVD’s). At the time, Reel competed against the likes of Blockbuster and Netflix, which was launched as a DVD rental service in 1997.

By that time, Wainwright had already moved on to what possibly became the biggest (public) failure of her career. She joined Pets.com after her exit at Reel.

Pets.com grew from almost zero to over $45 million in annual sales. The company went public in February 2000, less than two years after being founded. Its IPO added another $82.5 million to the $15 million it had previously raised in the private markets.

Pets.com became most-notably known for its excessive spending – amongst others its $1.2 million investment in an ad that aired during the 2000 Super Bowl. A year later, in January 2001, the company had to declare bankruptcy.

Wainwright received $235,000 in severance, plus a $225,000 retention payment in exchange for supervising the firm’s closure. More importantly though, her reputation among Silicon Valley investors and the general public was severely tarnished.

She spent the next few years mostly away from the public eye. That time was marked by a few public speaking engagements, a try at health blogging, and a job in venture capital.

The idea for The RealReal came Wainwright during a shopping trip in Atherton, a wealthy Silicon Valley town, in 2010. Her and a friend stopped by to shop in a boutique that offered a selection of consigned designer items.

That day, her friend bought several pieces, which left Wainwright totally perplexed. She simply didn’t expect that anyone would buy used clothing – even if it’s Gucci or Prada. The very same night she began researching the secondhand-luxury industry.

She put up some of her designer pieces up for sale on eBay, which ended up being a total “nightmare”. Even the experience at a local consignment store and pawnbroker was subpar at best. Wainwright immediately realized that she landed on something big.

She took $100,000 out of her own pocket to register and start the business. By the end of June 2011, the business had a fully functioning office and a 1500 ft2 warehouse to store its clothing. That same month, its website went live.

The RealReal initially started out as a membership-only site, which granted shoppers exclusive access to newly launched designer items. As such, the company not only sold used clothing, but also brand-new items.

In the first year, The RealReal had trouble raising money from investors. Some had concerns about Wainwrights public failure at Pets.com as well as her age (at the time, she was already in her mid-50’s). Others simply did not understand the company’s business model.

Despite all odds, The RealReal prevailed. The company raised its first round of funding (Series A) in July 2012, a second one (Series B) followed just 9 months after. By that time, the startup already had over 750,000 members as well as 1.5 million visitors flocking to its website every month.

Over the next few years, The RealReal continued to expand its online footprint. Surprisingly, drawing buyers to the platform was never really a problem. Instead, the company’s primary challenge was to build up the supply side of its marketplace.

To that extent, it employed over 100 consigners and style advisors that were tasked with sourcing more items. Some of them, when spotting a person wearing luxury goods in public, even straight up walk to ask them whether they’d be interested selling their clothes online.

In 2017, The RealReal finally expanded into the physical world by opening its first bricks-and-mortar store in New York. Its physical branches, of which the company currently has 3, allow them to directly interact with both sellers and buyers.

Sellers, for instance, can have their items consigned directly at the store – and sales can be made within a matter of minutes. Buyers, on the other hand, can try some of the items out before purchasing them.

The ongoing expansions, both in the online and offline world, allowed The RealReal to go public in July 2019. Wainwright became one of the first female founders (just after Katrina Lake of Stitch Fix).

Nevertheless, it hasn’t always been a smooth ride to the top. For once, The RealReal was accused multiple times of selling counterfeit products on its platform. In 2019, luxury fashion house Chanel even sued the company for allegedly and knowingly selling counterfeit Chanel products.

Meanwhile, other luxury brands have come to embrace The RealReal. In the past, the company had announced exclusive partnerships with the likes of Burberry and Gucci, which advertised products they didn’t sell on their platform.

Today, The RealReal has more than 17 million users. The company employs over 2,000 people across 15 global offices in the United States and Australia.

How Does The RealReal Make Money?

The RealReal makes money from consignment fees as well as a membership subscription granting exclusive access to different items.

Let’s dive into each of these revenue streams in more detail below.

The RealReal’s primary driver of revenue comes from the fees it charges for managing the sale of the consigned products.

The company applies a tiered commission structure, depending on the item category (e.g. watches or sneakers), sales price, as well as the amount of sales the seller has previously made.

The RealReal categorizes sellers into 3 distinct categories, namely INSIDER, ICON, and VIP. Its commission structure is as follows:

The tiered commission structure allows the company to attract more sellers and incentivize them to sell more through the platform.

Given that The RealReal’s user base is highly affluent, it can command commission rates of up to 60 percent. Oftentimes, sellers simply don’t have the time or want to go through the hassle of uploading a listing and managing customer inquiries.

Furthermore, sellers will, in all likeliness, make up for the commission by receiving a higher sales price. This is grounded in the fact that buyers have a high level of trust for The RealReal due to the company’s use of experts (such as gemologists or horologists).

Professionally made photos as well as a well thought of copy will further contribute to the sale price. Over 82 percent of the company’s sales come from repeat buyers, which further highlights the trust that its users have towards The RealReal.

In 2018, The RealReal has established a B2B vendor program where it sources supply directly from businesses (such as its partnership with Burberry and Gucci). While not publicly disclosed, it can be assumed that business sellers will receive a higher share of the commission, simply because the products are already authenticated and won’t need to undergo a verification process.

As highlighted above, The RealReal initially started out as a membership-only site. Nowadays, everyone can access the site and browse its listings 24/7.

While the platform exclusivity has been removed, The RealReal still offers a membership via a subscription model. The company splits its subscriptions up into 2 distinct offerings, namely FIRST LOOK and PLATINUM.

FIRST LOOK, which costs $10 per month, offers premium features such as 24-hour advance to sales, advanced wait list notifications, first-look promotions, and curated luxury sales. PLATINUM, coming in at $30 a month, offers all the features FIRST LOOK has plus unlimited upgrades to 2-day shipping (for US orders).

According to Crunchbase, The RealReal has raised a total of $358 across 11 rounds of venture capital funding. Prominent investors during the company’s startup life include Greycroft, e.ventures, Canaan Partners, GreyLion Capital, and more.

The company raised another $300 million during its IPO. Public investors valued The RealReal at $1.7 billion during the time of IPO. That valuation has shrunk to $1.21 billion at the time of writing.

For the fiscal year 2019, The RealReal reported total revenues of $318 million, up 53 percent from the previous year. The firm’s Gross Merchandise Volume (GMV) furthermore surpassed $1 billion.