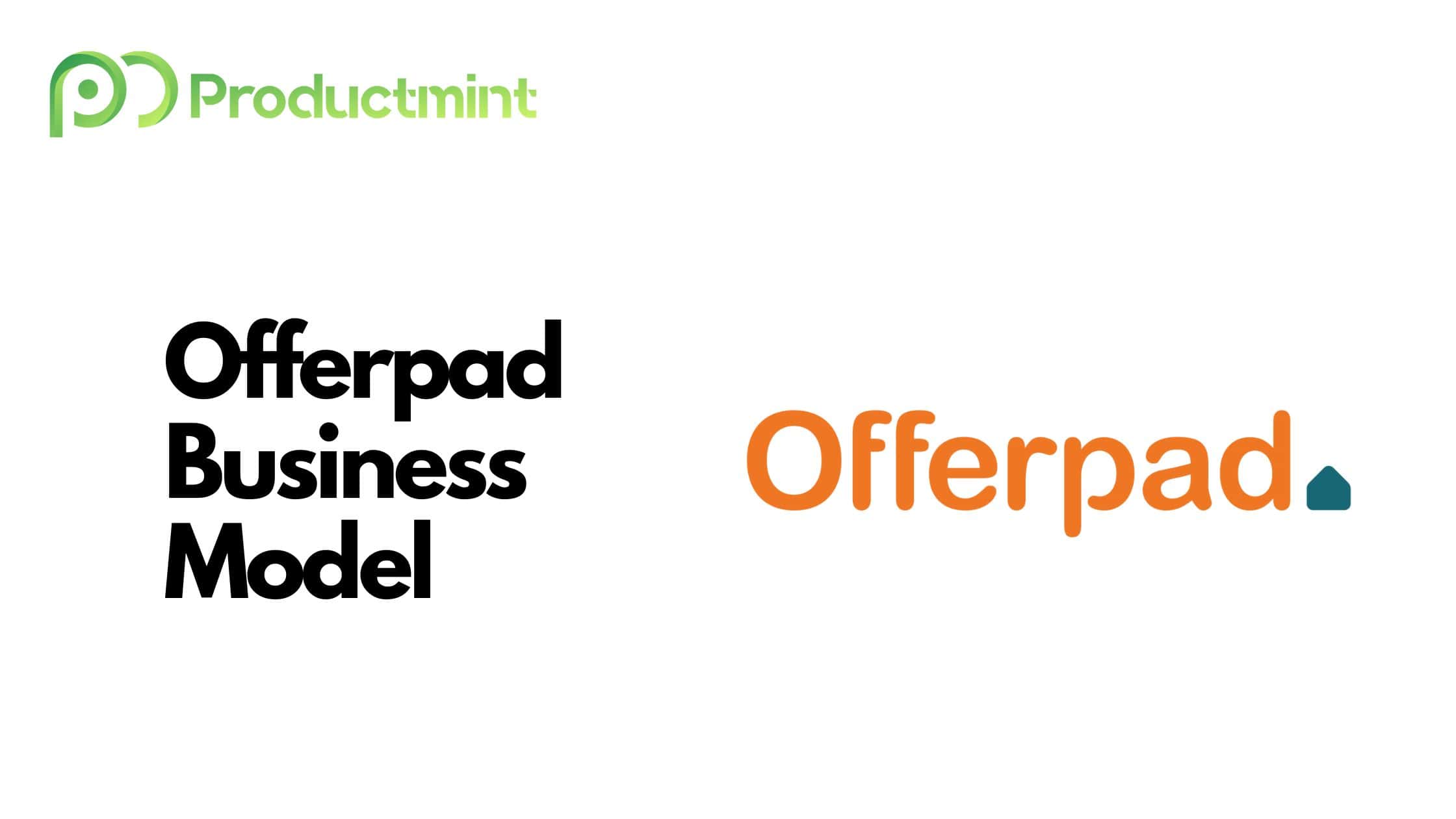 Offerpad is an online real estate marketplace that buys and sells homes on its platform. The company, which can be classified as a so-called iBuyer, utilizes technology to aid with the buying and selling process.

Offerpad makes money via the service fees it charges sellers with as well as the profit it turns on the homes it sells.

Founded in 2015 and based out of Phoenix, Arizona, the company has quickly risen to become one of America’s leading iBuyers. The company successfully went public in September 2021.

Offerpad is an online real estate platform that purchases and sells homes. As a so-called iBuyer, Offerpad relies on technology to optimize the buying and selling process.

When selling your home via Offerpad, homeowners have to fill in a few details about the property they aim to offload. Information includes data points such as location, age, and the size of the building, and amenities (e.g., pool or bathtub).

Sellers can, furthermore, provide photos and a video walkthrough of their homes. Offerpad then uses a combination of machine learning technology as well as expert human judgment to come up with a cash offer within 24 hours of initial submission.

For sellers that intend to move into another home, Offerpad provides a free moving service (only available to customers who have sold their home to Offerpad). The service is limited to moves within a 50-mile radius.

On the buyer’s side, Offerpad provides a platform that lists the available homes it has for sale. Potential buyers can inform themselves about the price as well as other characteristics of the home they’d like to buy.

Buyers can either get in contact with one of the firm’s so-called Solutions Experts or visit the home themselves. Offerpad’s Instant Access feature allows buyers to self-tour the home without the need for an appointment. Users first need to be ID verified before being allowed to access the code-locked homes.

Offerpad currently buys and sells homes in over 1,000 cities across the United States. Users can access the platform via the company’s website as well as its mobile apps (available on Android and iOS).

A Short History Of Offerpad

Offerpad, headquartered in Phoenix, Arizona, was founded in 2015 by Brian Bair and Jerry Coleman, who acted as the company’s co-CEOs.

Prior to starting Offerpad, both Bair and Coleman gained significant experience in the real estate industry – both on the employee and founder side.

Bair was the co-founder of multiple real estate brokerages, most notably the Bair Real Estate Group, which he operated from 2008 to 2015.

Under his supervision, the company acquired more than 950 properties and deployed over $95M on behalf of hedge fund clients.

Coleman, on the other hand, became most-notably known for starting Invitation Homes, a home leasing company for single families.

Invitation Homes eventually grew to become America’s largest owner of single-family rental homes with a portfolio of over 80,000 properties. The company went public in February 2017, but Coleman was already off doing better and bigger things.

Offerpad’s website went live in early 2016. Because both founders brought with them an extensive financial network and decades of experience in the real estate industry, they received a $260 million head start (led by LL Funds).

The money allowed Offerpad to quickly expand its reach beyond its native Phoenix area. By the end of 2018, 3 years after the company’s foundation, Offerpad was already present in over 10 U.S. markets. Furthermore, the company facilitated $2.5 billion in annual real estate transactions.

At the beginning of 2017, Offerpad even announced a partnership with Zillow, a leading online real estate listing site. The deal would see Offerpad using its purchasing expertise to buy homes on Zillow’s platform.

That partnership was ended just a year later as Zillow decided to enter the competitive iBuyer race. In 2019, Zillow started buying up homes through its Offers program.

That same year, in July 2018, co-founder and co-CEO Coleman decided to step down from his position. He stayed on as a board member to focus on high-level topics such as fundraising and relationship building.

Growth continued well into 2020 and beyond. The coronavirus pandemic and associated stimulus checks pumped so much money into the system that people began to purchasing homes left and right.

Its consistent ascent led Offerpad to be acquired by a group of SPAC investors (called Supernova Partners), which included former Zillow CEO Spencer Rascoff, who took the company public in September 2021.

Another major boost to its business occurred after Zillow, which entered iBuying just two years earlier, announced that it would stop its home purchasing efforts. To take advantage of that opportunity, Offerpad raised $600 million in debt funding in January 2022.

2021, furthermore, became the year in which Offerpad turned a profit for the first time ($6.5 million, in fact). the majority of that money will be used to expand into new markets.

Today, Offerpad is one of the leading iBuyers in the United States.l. The company competes against the likes of Opendoor, Redfin, and Knock, among others.

How Does Offerpad Make Money?

Offerpad makes money through service fees as well as the profit it makes whenever it sells a home. Let’s dive into each of these income streams in more detail below.

When selling your home through Offerpad, the company applies a so-called service fee that is paid by the property seller.

The service fee, on average, is 7 percent, but can range anywhere from 6 percent to 10 percent. The service fee is used to cover the cost inquired during the purchasing process, such as the real estate agent’s salary.

On top of that, Offerpad charges customers for potential maintenance costs. These are incurred whenever a home needs some renovations to be done.

Offerpad’s secondary driver of income are the homes it ultimately sells. The company turns a profit whenever it sells a home for more than it was purchased for.

As an iBuyer, the company uses algorithmic technology (based on machine and deep learning techniques) to calculate what it believes to be an efficient purchasing price.

In order to be able to do that, it pulls data from numerous publicly accessible databases that document previous sales and the characteristic of the home.

That data is substituted with the survey that users fill out about their homes. With every sale that the company facilitates, its algorithms get better at predicting an efficient purchasing and sales price.

On top of that, human experts (such as certified real estate agents) will provide their input based on the video material as well as in-person visits of the home.

With Offerpad, sellers can expect a greater level of convenience and faster sales speeds. Oftentimes, this allows Offerpad to purchase homes at a lower rate.

Furthermore, the company only invests in homes that it has a lot of data points on. These are normally single-family homes built after the 1960s.

The home buying platform it has built on top allows Offerpad to sell homes at a speedier rate compared to traditional brokerages. This is grounded in the fact that Offerpad’s website receives over 500,000 visitors every month.

Offerpad, according to Crunchbase, has raised a total of $355 million across four rounds of equity funding.

The company raised another $650 million when it went public in September 2021. At the time of the IPO, Offerpad was valued at $3 billion.

For the fiscal year 2021, Offerpad has generated $2.07 billion in revenue. This represents a 95 percent change from the previous year where Offerpad made $1.06 billion.

The largest shareholder of Offerpad is LL Funds with a combined ownership stake of more than 42 percent.

The investors participated in almost every equity-based round that Offerpad had managed to raise.

CEO and co-founder Brian Bair remains the largest personal shareholder of Offerpad. He owns around 6.2 percent of the company.