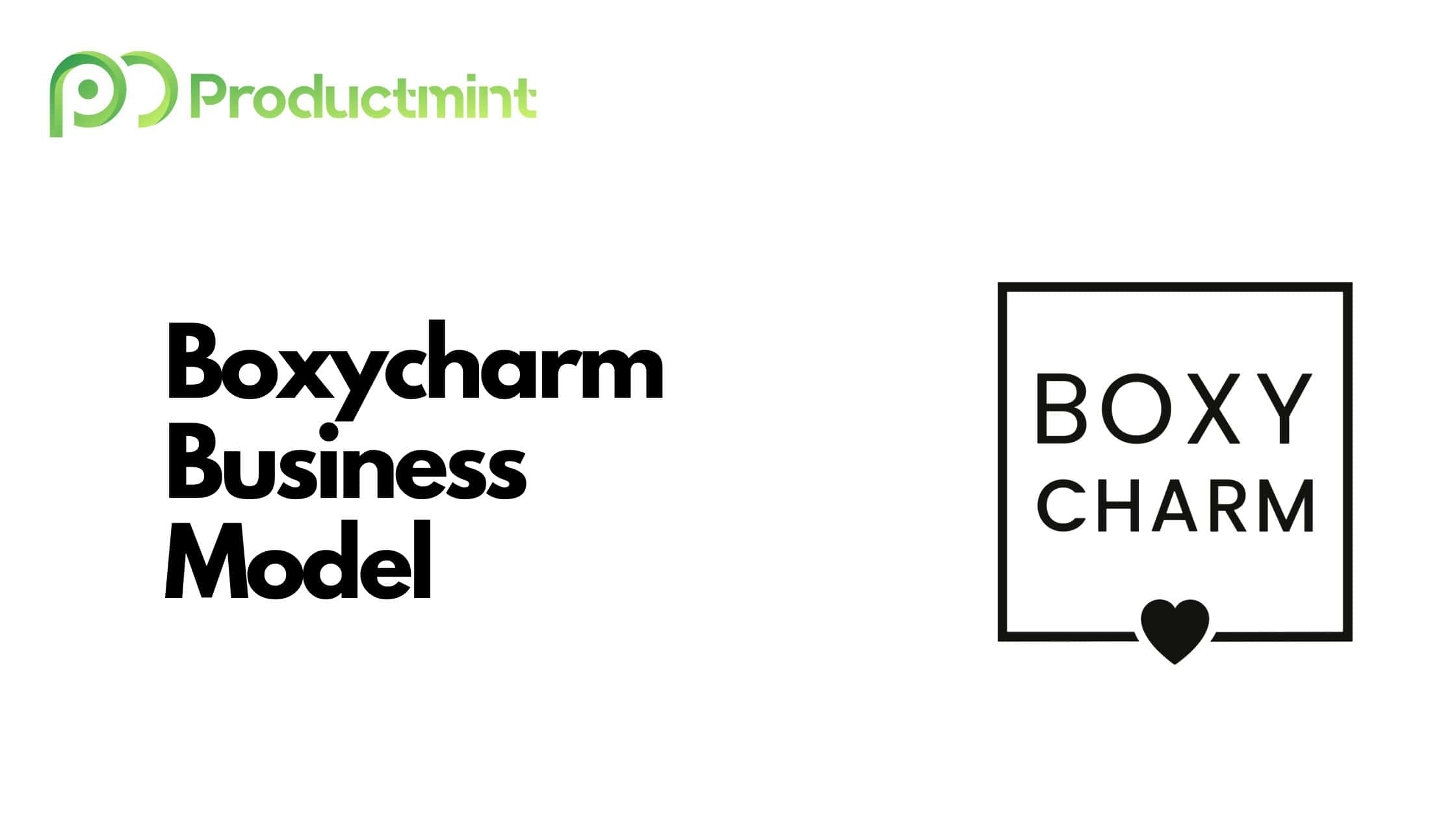 Boxycharm is a subscription service that delivers beauty-related items to consumers on a monthly or quarterly basis.

Founded in 2013, Boxycharm has grown to become one of America’s leading subscription boxes. In October 2020, the company was acquired by competitor IPSY for $500 million.

Boxycharm is a subscription service that delivers beauty-related items to consumers on a monthly or quarterly basis.

Products categories are far-reaching and include things like eyeliner, highlighters, lip gloss, mascara, bathing products, and many more.

Boxycharm works together with dozens of brands such as Marc Jacobs Beauty, Natasha Denona, NARS, Tatcha, and so forth.

Here’s how it works. First, customers sign up for either of its three offerings. The boxes are called Boxycharm Base, Premium, as well as Luxe. Consequently, they all include varying amounts of products at different price points.

Once you choose a box, you will then be redirected to a so-called Beauty Quiz, which aims to assess a few characteristics about the customer, such as their skin type or even potential allergies. The information you put in then informs what Boxycharm will put in the box.

On top of that, customers can also choose between one to two products themselves. The remaining ones will then be picked by Boxycharm.

Apart from its subscription boxes, customers can also purchase these products directly within the firm’s very own online store.

Boxycharm, just like any other modern-day subscription offering, can be canceled at any time. Consequently, customers won’t be charged for canceling a subscription.

How Does Boxycharm Get their Products?

Boxycharm purchases most of the products in bulk from the companies that it promotes in its boxes. When done in high volumes, buying makeup can be extremely cheap.

What actually leads to the high prices you see in store is the fact that companies like Sephora have to pay for both the retail space as well as staff – both costs are not applicable to Boxycharm.

Furthermore, beauty brands spend billions of dollars every year to market those products, which further adds up.

Right from the start, he knew that he got into school to equip himself with the necessary tools to start a business of his own. In the early days, he was selling whatever he could get his hands on through platforms like Amazon or eBay.

However, being an international student meant that he had to keep his grades up to continue his studies. After all, selling single items on a marketplace like eBay would simply take too long, plus profit margins were extremely thin.

Instead, he decided to sell in bulk. In essence, his business, which would be incorporated as Merchandize Liquidators in 2004, would purchase leftover inventory from wholesalers like Walmart and then sell it to other businesses at a discount.

When Martin launched his business, he had all but $375 to his name. He, therefore, taught himself how to code and set up a website soon after. To do that, he’d literally look at the source code of comparable sites, copy it, and use it for his own project.

Furthermore, he also studied the ins and outs of search engine optimization (SEO) at a time when many of his competitors had never heard about it. Even when he blew $150 of his $375 on his first pay-per-click campaign, Martin did not end up getting discouraged.

His big break came a few weeks later in the fall of 2004, right before he was due to pay his university tuition of $7,800. He signed a huge contract with Federated Stores, which effectively paid for his tuition and then some.

Due to his SEO prowess, more and more customers came knocking on his door. By 2005, he was able to move the business from his apartment into an actual office. Over time, he grew Merchandize Liquidators to over $10 million in annual revenue.

One day, a beauty subscription service came knocking on his doors as they were short on nail polish samples that month – and that’s how he got introduced to the space.

The owner of the service explained that they normally were given product samples for free, however, this time no brand partner was willing to hand out these samples. Being an experienced entrepreneur, that’s when he recognized that there’s a huge gap in the market.

Instead of relying on samples, he could simply utilize his experience of buying goods in bulk and apply that to the subscription box industry. Instead of sourcing samples for free, he would actually offer customers a full-sized product at a competitive price point.

He figured that this type of business would profit from economies of scale, meaning that at a certain number of goods sold, every additional unit would be profitable. That was also reflected in the service’s price point.

Boxycharm would charge customers around $20 per month while competitors relying on samples, such as Allure or Birchbox, would charge around $10 to $15. In the summer of 2013, Boxycharm was finally unveiled to the public.

Unlike its competitors, which mostly relied on venture capital investments, Boxycharm was primarily funded by the revenue that Martin generated from Merchandize Liquidators. Yet again, Martin was able to turn that presumable weakness into a strength.

He realized early on what major role influencers do play in the beauty industry. Although he wasn’t able to pay them for promotions, he made sure to build long-lasting connections. Martin would send them free boxes and even invite them over to Miami or other events like Coachella where he would befriend and get to know them. As a result, these influencers began to promote Boxycharm’s service to their own followers.

Over the coming years, Boxycharm grew largely based on the word of mouth populated by its influencer partners. In November 2016, the company raised its first outside round of funding from private equity investor KarpReilly. The investment sum, however, was not disclosed.

Meanwhile, many of its competitors had to begin scaling back their operations that had largely been funded by venture capital dollars. Birchbox had to lay off employees and pull national TV ads while FabFitFun (later in 2020) shut down its show on Facebook alongside the suspension of 100 employees.

Boxycharm, furthermore, won over more and more customers when CEO Martin decided to live stream himself on Instagram where he would walk his audience through the newest box. This became an additional major differentiator between Boxycharm and its competitors.

The company also continued to refine its offering. In September 2018, it introduced the Luxe box, which offered customers even more opportunities for product discovery. That year, the company generated $137 million in annual revenue.

Other innovations included a partnership with the Facetune app in October 2019. The partnership allowed customers to test products via the app’s augmented reality technology. However, the biggest boost in the company’s history would come in 2020.

The coronavirus pandemic and subsequent lockdown measures made in-store shopping impossible. As a result, shoppers turned to online offerings, with Boxycharm being there to fully take advantage. The company was able to generate $500 million in revenue for 2020 alone.

Despite this big boost in performance, it actually wasn’t the biggest news of the year. In October 2020, competitors IPSY announced that it would acquire Boxycharm for $500 million. However, the two companies would remain independent and operate under the name BFA Industries (Beauty For All).

Martin would remain CEO of Boxycharm while IPSY co-founder and CEO Marcelo Camberos would lead both IPSY and BFA Industries as CEO. BFA intends to go public somewhere in 2022 or 2023.

Today, Boxycharm employs over a hundred people out of offices in New York City as well as Pembroke Pines.

How Does Boxycharm Make Money?

The bulk of the revenue that Boxycharm generates comes from the subscription fees it charges customers for its various boxes.

The company offers three boxes, which are:

Consequently, each box has a different price point. For instance, the Base offer costs $25.00 per month while the Luxe comes in at $59.99 per quarter.

To minimize customer churn, Boxycharm utilizes its survey. This allows the company to tailor each box to the customer’s preferences.

Apart from subscribing to a monthly or quarterly box, customers also have the option to purchase products directly through Boxycharm’s online store.

The store allows customers to buy single products and even, through the filter on the website, recreate past boxes.

In all likeliness, customers have already received and used the product beforehand (vis-a-vis a box) and thus aren’t likely to return it.

Furthermore, given that prices on single products tend to be higher, it can be assumed that Boxycharm has even greater margins on these sales.

Boxycharm is now fully owned by IPSY, another operator of beauty subscription boxes that is headquartered in San Mateo, California.

At the time of acquisition, the combined companies, which will continue operating as independent brands, had 4.3 million subscribers while generating $1 billion in annual revenue for 2020.