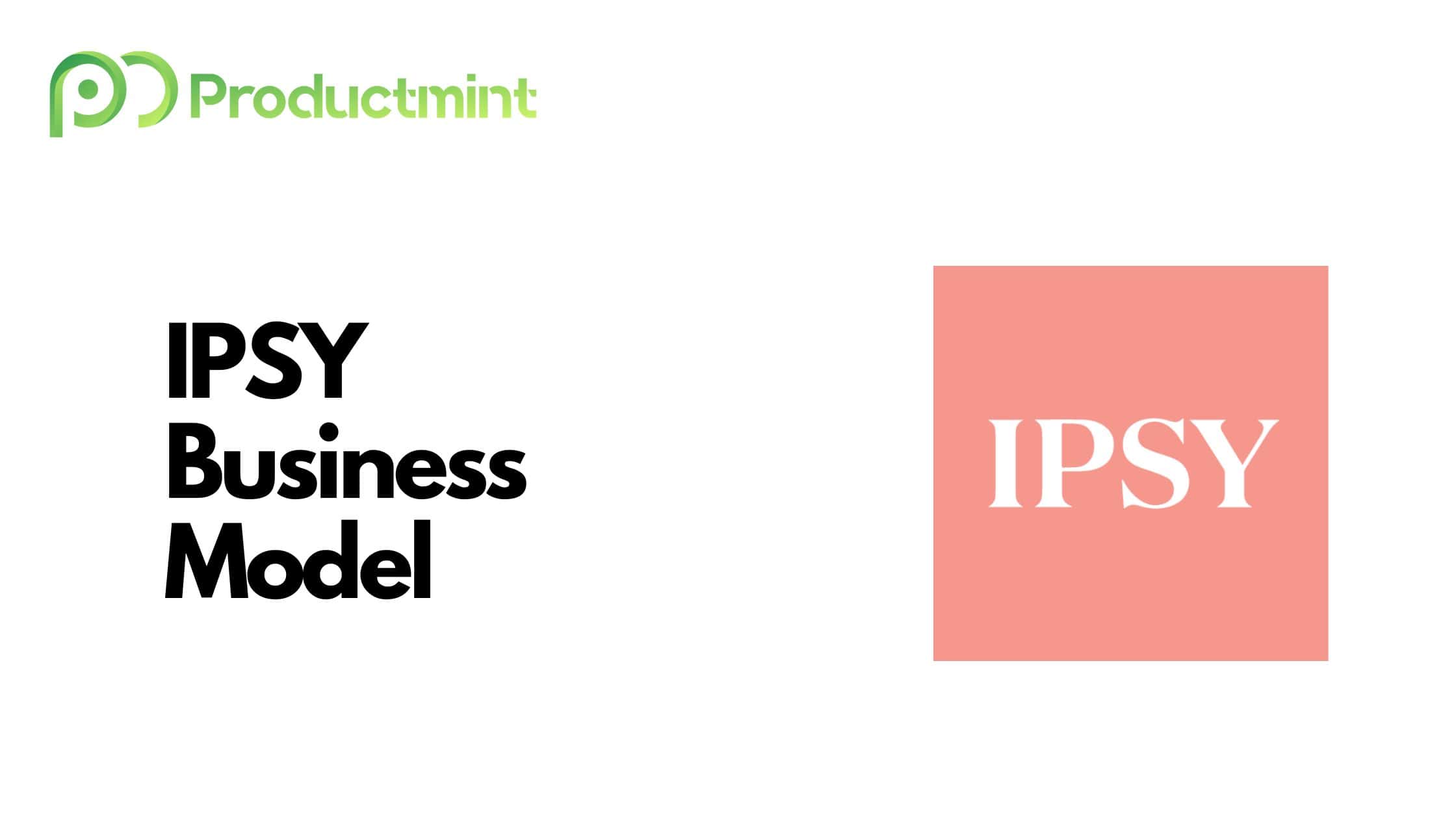 IPSY is a monthly subscription service that sends out personalized boxes containing make-up and skincare products.

Launched in 2011, IPSY has grown to become one of North America’s biggest subscription box providers. The company has raised over $237 million in venture funding.

IPSY is a monthly beauty subscription service that delivers personalized skincare, makeup, haircare, and various other products right to the customer’s doorstep.

When a customer signs up, he or she answers a beauty quiz that entails questions regarding their skin tone, eye and hair color, style, and many more.

Based on those preferences, IPSY will deliver one box every month. Beauty boxes normally contain around three to eight products (depending on the type of box chosen).

IPSY’s subscription boxes and beauty products are currently available to customers located in Canada as well as the United States.

The most famous of the bunch is certainly Phan whose claim to fame had actually not come through IPSY but by running a successful YouTube channel. But let’s rewind the tape first.

Phan was raised in Tampa, Florida, as a first-generation born child to Vietnamese parents. Growing up, her mother, who was running a nail salon, wanted her to become a doctor.

Instead, Phan always found herself more drawn to what her mother was doing (in fact, she helped her out in the store growing up).

Unfortunately, her father who suffered from a gambling addiction wasn’t there most of the time, leaving her mother to raise Michelle and her two siblings – and lighting a fire in her to build generational wealth for her family.

From an early age, Phan began to experiment with building a following online. First on Xanga, a now-defunct blogging platform, and then on Myspace. However, none of these attempts really worked out.

Instead, she went on to attend art school to study illustration. During her studies, around 2007, she recorded a tutorial video of herself applying makeup and uploaded it to YouTube. When she woke up the next day, that video had amassed over 30,000 views and hundreds of comments.

At the time, YouTube did not offer built-in monetization vis-à-vis ads, so many creators were just creating videos for the passion of it. When YouTube finally allowed creators to monetize their content, Phan’s videos had already galvanized millions of views.

The money not only allowed her to pay off her college debt but to move to Los Angeles where she could build out her brand with like-minded creators. While in LA, she also became acquainted with her future co-founders Camberos and Goldfarb.

While Camberos was working for Funny or Die and starting to get his own digital marketing agency off the ground, Goldfarb held senior leadership roles at cosmetics brand bareMinerals.

Around the time she met the two, a new type of business was taking the world by storm: subscription boxes. Brands like Dollar Shave Club were generating millions in revenue by sending out customized boxes to customers. In the beauty industry, Birchbox was causing heatwaves by raising millions in funding.

Simultaneously, Phan had managed to attract over a million followers to her channel, giving her a dedicated following she could market to. In November 2011, the three of them unveiled MyGlam to the public.

Quickly after, they managed to raise a seed round of $480,000 led by Graph Ventures. That was followed up with a $2.75 million investment in July 2012. Two months later, in September, MyGlam was rebranded into IPSY.

IPSY continued to add customers at a steady pace on the backbone of Phan’s massive social reach (who was often promoting IPSY on her own channel). While rival Birchbox had raised over $70 million in funding and invested heavily into paid marketing campaigns (such as TV spots), IPSY grew largely as a result of Phan’s following and word-of-mouth. By March 2015, IPSY had crossed the inaugural mark of one million subscribers.

Around the same time, the company launched IPSY Open Studios, a 2,500-square-foot production facility in Los Angeles. There, the company would partner with smaller influencers and provide them with the necessary filming and editing equipment. In turn, those influencers would then promote IPSY’s service whenever applicable.

Furthermore, IPSY began to host in-person events (called Generation Beauty) which allowed those influencers to connect with their followers. To take the company to the next level, IPSY raised a massive $100 million round in September 2015, valuing it at a whopping $800 million.

The deal also allowed Pham to purchase back Em Cosmetics, a company she had launched two years prior together with L’Oreal. And while the competition started to scale back, IPSY continued its ascend. By September 2017, the company had reached the inaugural mark of 3 million subscribers.

However, its journey would now continue without its most famous co-founder. That same month, Phan decided to step down from her day-to-day activities at the company while also going on a three-year YouTube hiatus. IPSY also divested from Em Cosmetics and sold it back to Phan who now solely owns the company.

Without Phan on board, IPSY had themselves their first-ever “scandal”. In August 2018, after posting a video that featured seven female LGBT creators to celebrate Pride month, people accused the company of trying to cash in on the Pride movement while failing to remove a statement from the video that stated transgender women aren’t authentic. To make matters worse, the company even deleted any form of critical commentary from their social feeds.

Over the coming months and years, the company continued to expand, for instance through celebrity partnerships with the likes of Ciara or by developing their own private-label products.

2020, in particular, became a very critical year for the company. The coronavirus pandemic forced people around the world to lockdown in their homes, thus often removing the need to put makeup on or even allowing them to purchase it in-store in the first place.

IPSY completely revamped its business strategy by enhancing its product portfolio, improving its recommendation engine, and adding more personalization features. As a result, the firm’s revenue almost tripled over the course of 2020.

Nevertheless, the biggest news of the year was when the company announced that it would acquire Miami-based rival BoxyCharm for a whopping $500 million. Together they would form a new entity called BFA Industries (short for Beauty For All) while the companies themselves would continue to be run independently. Camberos, who previously led IPSY as CEO, would hold the same role at BFA.

IPSY remained in expansion mode well into 2021, for instance through the launch of more private-label products as well as partnerships with the likes of singers like Halsey. Today, the company employs around 500 people in its San Mateo headquarters.

How Does IPSY Make Money?

The bulk of the revenue that IPSY generates comes from the monthly subscription fees that customers pay to receive a box.

For instance, the cheapest box (Glam Bag) comes in at $12 per month and contains five beauty products worth $50+.

The products within any box are based on the customer’s preferences, which IPSY gauges from the quiz they fill out as well as through a variety of other data points, such as past orders placed in the online store – the topic of the next chapter.

In September 2017, right before co-founder Michelle Phan announced her departure, IPSY opened up its own online store called Shopper.

Just like with any other e-commerce store, IPSY likely purchases the products it sells at wholesale prices and then resells them for a profit in the store.

There are a variety of categories that customers can select from, including skincare, hair, cosmetics, and even products for men.

Apart from selling products from other brands, IPSY has also started to develop its very own in-house brands.

Examples include Complex Culture, which was launched in November 2019 as well as Refreshments, a brand promoting cruelty-free and vegan care products.

In theory, those in-house products likely have much greater margins compared to the branded ones that IPSY sells.

Furthermore, IPSY can not only place those products within its own online storefront but work together with physical retailers to have them listed.

With three million subscribers, IPSY’s various boxes can be considered valuable advertising space for many cosmetic and personal care brands.

Back in the day, cosmetic brands would release three to four new product lines a year, promote them via banners or TV spots, distribute them nationwide, and call it a day.

These days, companies not only need to keep releasing more products but find “organic” channels with which to promote their offerings.

IPSY certainly falls into that category. Since the company collects dozens of data points about its customer’s preferences, it can accurately predict what any given user would like.

Consequently, it allows brands to promote products to the intended customer demographic. Those brands then compensate IPSY in exchange for that exposure.

IPSY, however, isn’t the only company that makes money via sponsorships. Rivals like Birchbox and FabFitFun share similar income streams.

Another, likely much smaller, revenue stream for IPSY is in-person events hosted by IPSY. Prior to the pandemic, IPSY was hosting these events to promote the influencers it works together with or to introduce a set of new products.

According to Crunchbase, IPSY has raised a total of $237.2 million across four rounds of venture capital funding.

As a private company, IPSY is not obligated to disclose revenue or valuation figures to the public. However, when the company merged with Boxycharm, it did disclose that the combined entity has generated $1 billion in revenue for 2020.

Why Is IPSY So Cheap?

One of the major reasons why IPSY is cheap can be traced back to the brand sponsorships it does. These brands, when launching new product lines, not only compensate IPSY for the additional exposure but likely provide the products free of charge.

Furthermore, IPSY has also begun to include its own in-house products in the boxes. These products possess much greater margins, thus allowing IPSY to price them cheaper.

Lastly, IPSY, as opposed to physical stores, does not need to pay rent. These retail stores are oftentimes located in very expensive locations, which they then have to compensate by (heavily) marking up prices.