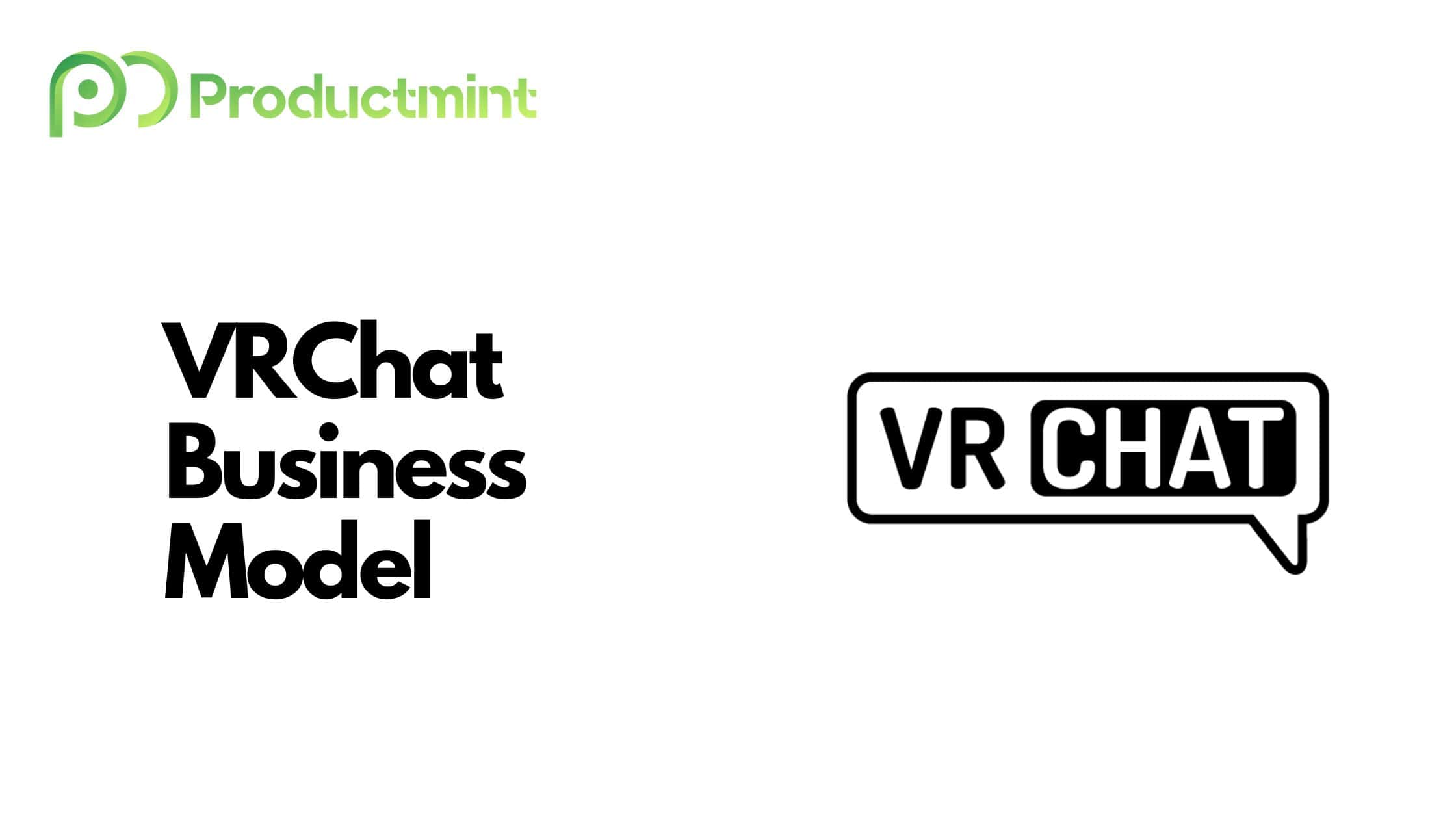 VRChat is a multiplayer online virtual reality social platform that enables gamers to interact with each other in various worlds using 3D-animated characters.

VRChat makes money by offering a premium subscription service as well as by selling merchandise through its own online store.

Launched in early 2014, VRChat has grown to become one of the world’s biggest virtual reality communities. The company has raised more than $95 million in funding to date.

VRChat is a multiplayer online virtual reality social platform that allows players to interact with each other using 3D-animated characters.

Content, namely the more than 50,000 virtual worlds hosted on its platform, is created by VRChat’s community.

The games can either be played using a Windows computer or with a virtual reality (VR) headset from Oculus. Compatible models include the Oculus Rift S or Quest.

To play a game, users simply download the title onto their computer or headset. After setting up an account and picking a personal avatar, they can enter the various worlds available to them. Players can optionally invite their friends to join them alongside.

While you’re in the world, you can either choose to communicate with other players or even play games like Capture The Flag. On top of that, VRChat also organizes timed events on a daily basis.

As previously stated, these worlds are all designed by VRChat’s own users. The company has created a software development kit (SDK) with which users can program these worlds. On top of that, programmers can use Blender to create their 3D models.

Fans of the platform can also join VRChat’s official Discord server and even purchase branded gear from its online store.

Around the time of its founding, virtual reality slowly began to take shape. Two years prior, Oculus VR had raised $2.4 million via a Kickstarter campaign and, in March 2014, was acquired by Facebook for a whopping $2.3 billion.

Meanwhile, Joudrey, who had been working in software engineering roles for over a decade, had just started his own VR development firms a year prior to the acquisition.

Gaylor, on the other end, had finished his Computer Science studies at Vanderbilt University and was working as a software engineer at gaming powerhouse Zynga. While being employed, he already began working on VRChat, which he ultimately released in January 2014.

Four months into his job at Zynga, he decided to quit and focus on VRChat full-time. Not long after, he brought on Joudrey as a co-founder to help with the development of the game. In those early days, the duo largely relied on donations to be able to fund the project.

Over the coming months and years, the team continued to add various product-enhancing features. The biggest change was its introduction in Steam in 2015, allowing PC users to play its games as well. This significantly expanded the platform’s potential player base.

The continuous growth was rewarded with the firm’s first round of funding. In January 2016, investors including technology giant HTC poured $1.2 million into VRChat. The investment itself was of strategic nature as VRChat, not long after the funding was announced, was incorporated into HTC’s digital store Viveport as well as its own virtual reality device Vive.

Another major milestone for VRChat was its launch on the Steam platform in February 2017. Beforehand, users had to download its desktop client by visiting its website. Now, VRChat could take advantage of the millions of users that were accessing Steam every month.

The inclusion of Steam propelled its user numbers to new heights. On top of that, more and more Twitch and YouTube streamers began creating content for the game, which, in turn, attracted thousands of new gamers to the platform.

In September 2017, VRChat raised another $4 million Series A round, once again led by HTC as well as its other existing backers. At that time, it already employed 16 people, most of which it hired directly through the VRChat community.

However, not everything was always going according to plan. With a growing community came the need to enhance content moderation while ensuring safe gameplay. A meaningful percentage of players would begin to “engage in disrespectful or harmful behavior.”

On top of that, in January 2018, a video of a man surfaced who allegedly suffered from a seizure while playing the game. Luckily, gamers around him began to help by asking him whether he is alright and walking him through various breathing and other relaxation exercises.

VRChat introduced a variety of features to combat the harmful behavior taking place on its platform. For instance, it would permanently ban players from engaging in its forums as well as by introducing a panic button, which would allow players to mute avatars that engage in said behavior.

Over the coming months, the platform continued to grow slowly but steadily. In July 2019, security researchers unearthed a vulnerability that would have allowed hackers to take over a player’s computer. Luckily, they quickly reported them to VRChat, which made sure to fix it before any damage was done.

Two months later, in September, VRChat was able to raise another major round of funding. Existing investors injected another $10 million into its business. However, the biggest boost to its business would come during the next year.

The emergence of the coronavirus, which led to worldwide lockdowns, forced billions of people to find other means of entertainment. VRChat, alongside competing platforms like Roblox, certainly became one of its major beneficiaries.

As a result, VRChat was able to more than double its active user base. It doubled down on that trend by hosting a variety of events within its platform, including the annual VR Awards in June as well as various concerts by artists like Jean-Michel Jarre.

Brands were also taking notice. In March 2021, Gucci introduced virtual luxury footwear that could be purchased in the Wanna Kicks AR sneaker app and used both in Roblox as well as VRChat.

The convergence of offline and online worlds allowed VRChat to raise another massive round of funding. In June 2021, it secured $80 million in funding led by Anthos Capital.

Unfortunately, not everything was always going according to plan. In July 2022, the company became subject to heavy review bombing after it released a security update that disabled all user-made modifications.

How Does VRChat Make Money?

VRChat makes money by offering a premium subscription service as well as by selling merchandise through its own online store.

The company has essentially adopted a freemium business model strategy, meaning the core features of the platform can be accessed at no cost while premium ones incur a fee.

VRChat, by being free, can substantially accelerate user growth. This is particularly important in the world of gaming where a huge part of the experience is to be able to play with and compete against others.

With virtual reality still being a nascent technology that suffers from a somewhat lackluster adoption, simplifying access becomes particularly important.

As a result, VRChat may also become a more attractive acquisition target for hardware developers like Meta, which lack users and growth but offer abundant financial resources.

With that being said, let’s take a closer look at each of these revenue streams in the section below.

In December 2020, VRChat introduced a premium subscription offering called VRChat Plus. Gamers get access to a number of benefits, including:

Users can either subscribe on a monthly or yearly basis. The monthly package comes in at $10 while the yearly one costs $100.

Another stream of income for VRChat is the merchandise items it sells through its very own online store.

Customers can purchase VRChat-branded clothing (such as t-shirts, tank tops, sweaters, and hoodies) as well as accessories like phone cases or mugs.

Here, VRChat took a page out of Twitch’s playbook. The streaming service allows you to purchase clothing and other items via Amazon.

It not only creates an additional marketing channel but also boosts identification with the platform itself.

Professional streamers repping your clothing can be a particularly valuable target audience due to their reach across multiple platforms.

According to Crunchbase, VRChat has raised $95.2 million across five rounds of venture capital funding.

As a private company, VRChat is not obligated to disclose revenue or valuation figures to the public. It may decide to do so during future funding announcements.