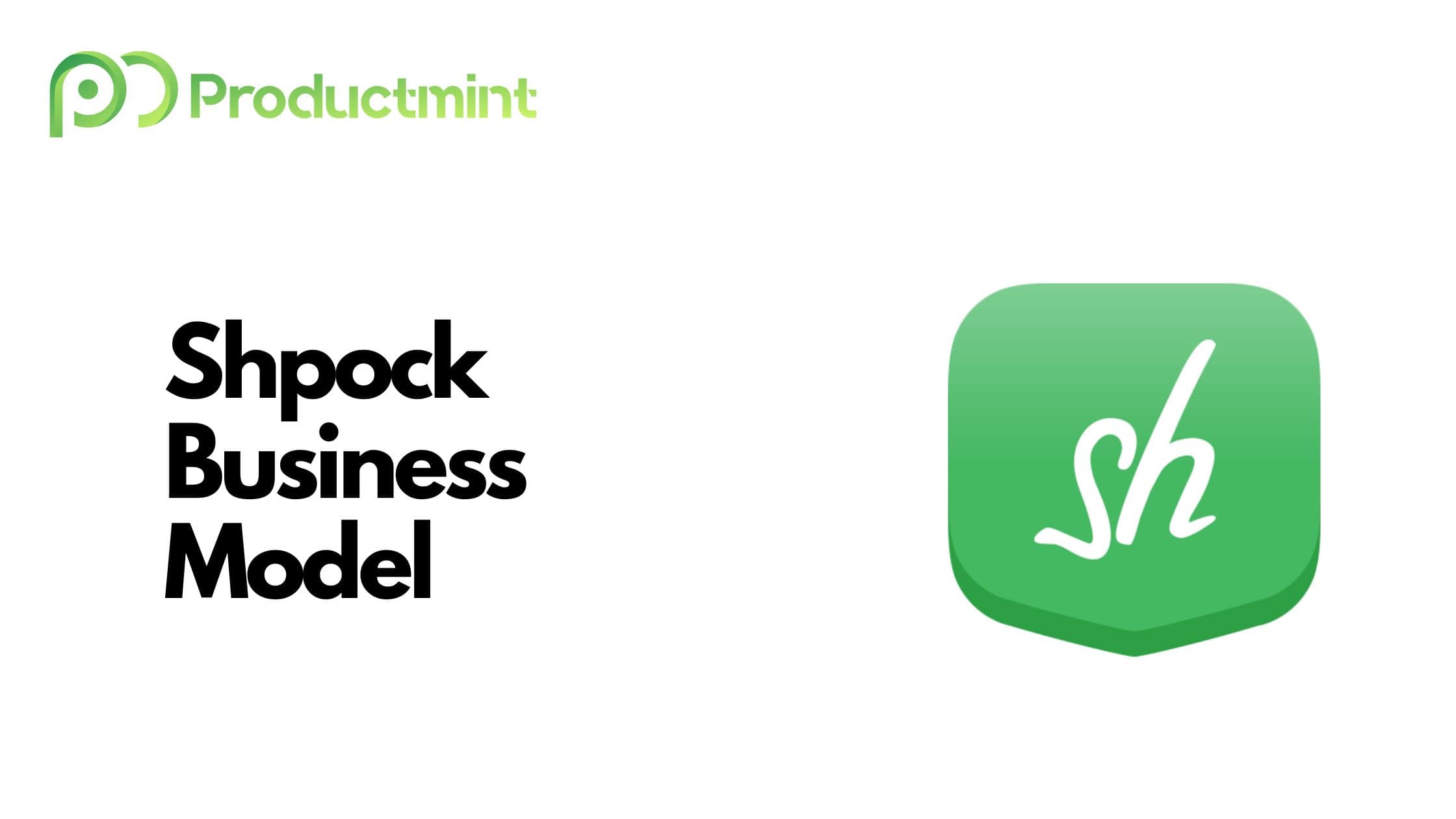 Shpock is an online marketplace that enables people to buy and sell almost any item. The platform can be accessed via Shpock’s website or mobile apps.

Launched in 2012, Shpock has become one of the leading classifieds platforms across Europe. Today, more than 10 million people access the platform every month.

Shpock is an online marketplace that allows users to both buy and sell a variety of different items. Customers can choose from multiple categories, including:

… and many more. Shpock, which can be accessed via the firm’s website as well as by downloading its mobile phone app (available on Android and iOS devices) is extremely easy to use.

To get started, users simply register for the service when accessing the app or website. Users can then list the articles they intend to sell by uploading a photo, description as well as adding a category and price.

Customers who are interested to purchase the product or service can then make an offer directly on the platform. Items can, furthermore, be put on a wish list.

Once the buyer and seller agree on a price, then a purchase can either be conducted within the platform or outside (e.g., in cash when meeting up in person).

In some cases, Shpock even offers buyer protection to secure customers and their money. Additionally, the platform also provides customers with the ability to review sellers, which further increases trust.

Shpock, headquartered in Vienna, Austria, was launched in 2012 by Katharina Klausberger and Armin Strbac.

Both founders have been exposed to the world of entrepreneurship from an early age. Klausberger’s as well as Strbac’s fathers both ran their own.

Strbac even launched his own business when a was a teenager, selling video animation services to other businesses. Unfortunately, due to his lack of experience, the company had to shut down not long after.

After finishing high school, they both decided it was time to focus on a traditional career as opposed to facing the uncertainty of launching.

Almost any young and career-hungry Austrian teen is attending Austria’s most prestigious business university Wirtschaftsuniversität (WU) Vienna. They both graduated in the mid-2000s.

Klausberger continued on the academic path by getting a doctorate in entrepreneurship at WU. Strbac, on the other hand, spent close to six years working for Boston Consulting Group. Strbac even began working on a dissertation himself. After being 70 pages deep, he ran into his former WU classmate Klausberger.

Fueled by the urge to finally branch out on their own, they decided to launch a business together. Being proper business students, they participated in a local startup event and even wrote up an 80-page business plan.

Eventually, in late 2010, they launched a website called finderly. The product was a community-based tool that helped customers to find the best electronic products. Other users on the platform would recommend the best possible product based on the customer’s needs.

The business itself was financed with state-based grants, price money from startup competitions, as well as the founder’s own savings. Throughout the next two years, Klausberger and Strbac tried their best to establish the business.

In 2012, they decided to develop an app for finderly to tap into the growing smartphone industry. During a workshop, which they organized to figure out the details of the app, people repeatedly kept complaining that it is extremely cumbersome to list products online.

At the time, eBay’s classifieds business (called eBay Kleinanzeigen) was dominating the German-speaking market. Selling a product on Kleinanzeigen, which didn’t offer an app at the time, involved close to 30 minutes of uploading the necessary information. On top of that, it was lacking user reviews, which often led to mistrust about the product as well as the seller.

In the United States, app-based platforms like LetGo and OfferUp were furthermore beginning to pick up steam – likely acting as an additional inspiration to the team.

Shpock, short for Shop in your Pocket, was unveiled to the public in September 2012. In the beginning, the app was only made available to German-speaking users. In a little more than three months, the app was already downloaded over 100,000 times.

By mid-2013, growth became exponential with Shpock recording over 1.2 million downloads. Around the same time, Shpock’s team also raised their first round of funding for the new venture (the company was still incorporated as finderly GmbH, yet the finderly app had already been shut down).

The funding round allowed the team to vastly improve the in-app experience, for instance by doing a complete redesign of the platform or by adding enhanced chatting features for buyers and sellers. From 2013 to 2015, they released more than 20 updates for the app itself.

Furthermore, Shpock expanded into other markets, adding the U.K. market (amongst others) in 2014. As a result, Shpock grew from 1.2 million downloads in mid-2013 to more than 10 million by August 2015.

The continuous growth eventually put the company on the map – and made it an attractive acquisition target. In September 2015, three years after launching, Shpock announced that Schibsted Classifieds Media (which runs a portfolio of more than 25 classifieds websites) paid $214 million to acquire 91 percent of the company.

Schibsted was among Shpock’s initial investors that put money into the company during its 2013 funding round. After observing its impressive growth first-hand, they decided to double down on their investment. The remaining 9 percent remained in the hands of Klausberger and Strbac who each owned 4.5 percent.

Up until March 2017, both founders remained actively involved in the firm’s day-to-day operations. That same month, Bernhard Baumann (who joined the company two years prior as its Head of Marketing) took over as CEO. By that point, more than 120 people were employed by Shpock which had, furthermore, been downloaded over 30 million times.

Further expansion became the name of the game. Additional markets such as Italy, Sweden, or Norway would subsequently be launched. Schibsted invested another 100 million Euro to support that expansion.

Unfortunately, by the end of 2018, realities were beginning to hit Shpock. Since its mother company Schibsted was gearing towards taking the classifieds portion of its business (called Adevinta) public, profitability became more important than growth.

In an effort to save money, Schibsted reduced Shpock’s headcount from 180 to around 100 in November 2018. Furthermore, it let go of CEO Baumann and replaced him with Esteve Jane Ribera who led its Spanish classifieds business.

A few months later, in January 2019, Schibsted acquired the remaining 9 percent that Klausberger and Strbac held for an undisclosed amount. In November 2019, Shpock underwent the biggest change and rebrand in the firm’s history.

It moved away from local offerings towards becoming a transactional marketplace. This meant it would add features such as buyer protection, in-app payments, a digital wallet, ‘buy now’ options, as well as multiple shipping methods.

In July 2020, Adevinta was able to acquire eBay’s classifieds business, which included sites like Gumtree, for $9.2 billion. As a result, eBay received a 44 percent stake in Adevinta. Furthermore, both parties committed to sell off their remaining assets (which included Shpock, Motors.co.uk, and Gumtree) to comply with antitrust laws.

The transaction occurred a year later (in June 2021) when Adevinta sold Shpock (and some of its other assets) to Russmedia Equity Partners, a hedge fund specializing in online marketplaces and SaaS businesses. The price was not disclosed.

Russmedia stated that its goal is to further expand Shpock’s market position in the U.K. while also doubling down in other, existing markets.

How Does Shpock Make Money?

In order to make themselves and their offering stand out, Shpock sellers can promote their products on the platform.

Sellers can choose from a variety of banner or video ad placements, such as the top of the page or on the sidebar. Promotional placements are shown both on mobile and desktop devices.

Shpock gets compensated whenever a buyer sees an advert (also referred to as an impression). Advertisers set themselves a monthly budget where the money gets deducted from.

The price per impression is dependent on the type of buyer an advertiser targets. Sellers can specify their ads based on a buyer’s location, age, gender, interest, search terms, and many more.

Apart from your everyday person selling products on Shpock, there’s also a great number of people that do it on a professional basis.

Shpock has developed a subscription offering to accommodate these professional sellers. Dubbed Shpock+ Shops, the subscription includes the following features:

… and many more. Shpock offers four different subscription plans, which range from €19 to €99 per month (when paid on a yearly basis).

The higher the price, the greater the reach of your shop. Cheaper plans, for instance, only offer regional exposure while the most expensive ones allow sellers to promote their items nationally.

A similar product, called Shpock+ Motors, is offered to car dealers. Nevertheless, pricing for the Motors product is only available upon request.

Interestingly, automotive seems to be one of the categories that are often monetized by classifieds platforms, likely due to the sums of cash that are involved in a transaction.

It is, for example, one of the categories where Craigslist still charges a fee. OfferUp, similar in style to Shpock, also offers a similar program to dealerships.

In November 2019, Shpock underwent a full rebrand away from being a local listing side towards a transactional model.

This entailed the inclusion of buyer protection, a digital wallet, in-app payments, as well as shipping services.

In the U.K., Shpock works together with Parcel2Go and the Royal Mail to enable nationwide delivery. Although not confirmed, it can be assumed that these shipping providers pay Shpock a small percentage-based referral fee for every shipment order.

Shpock, a subsidiary of finderly GmbH, is wholly owned by Russmedia Equity Partners. The hedge fund purchased the platform in June 2021 for an undisclosed sum.

Prior to the acquisition, Shpock had already been acquired. In 2015, Schibsted Classifieds Media paid around $214 million to acquire 91 percent of the company.

The remaining 9 percent, which was owned by the founders, were sold to Schibsted in January 2019. Schibsted then took its classifieds business, which it calls Adevinta, public in April of that same year.