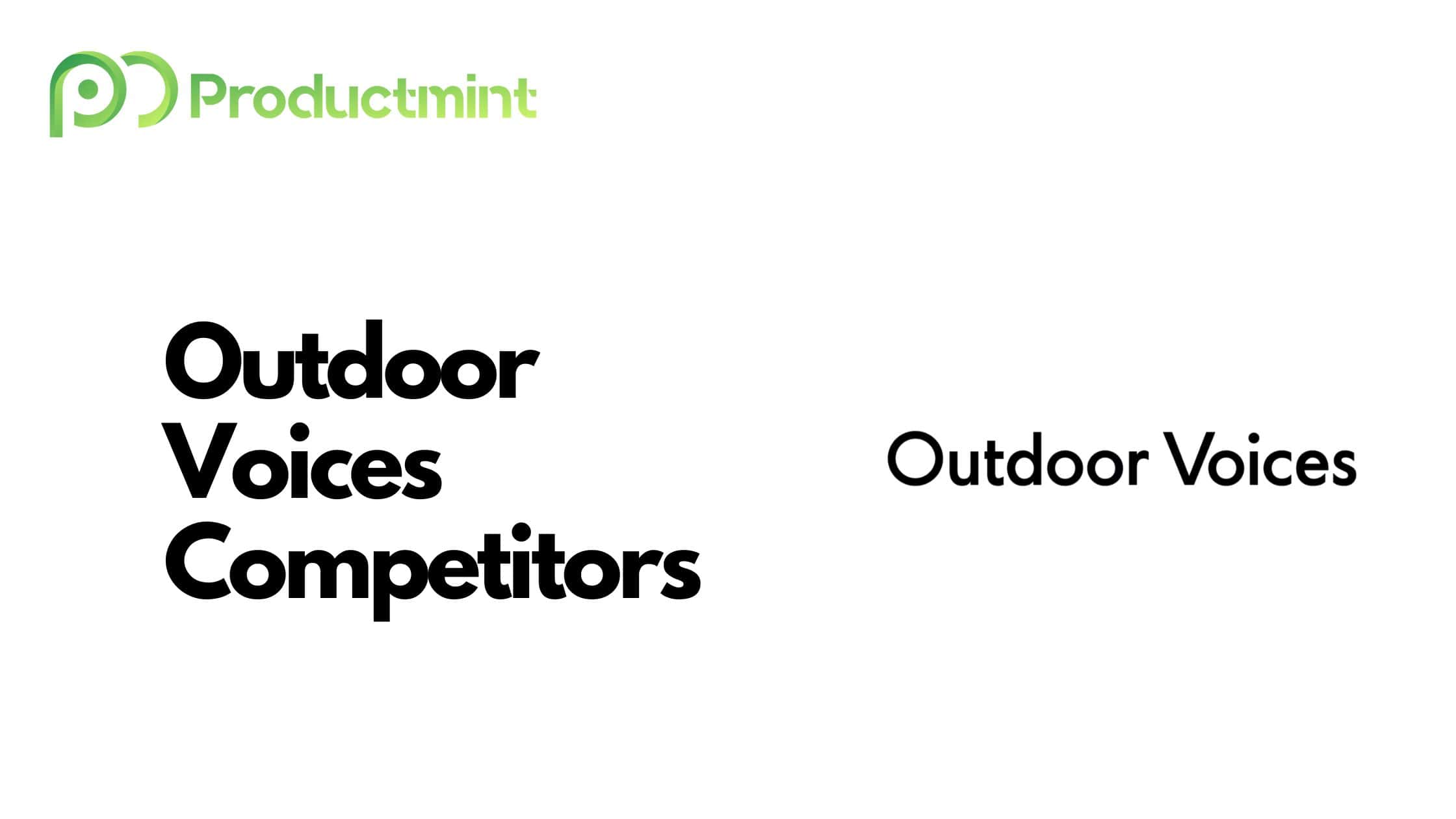 Outdoor Voices is a direct-to-consumer (DTC) brand that makes technical apparel for recreational purposes aimed at both female and male customers. The majority of its styles are used for hiking and running.

The company, which is headquartered in Austin, Texas, was founded in 2013 by Tyler Haney and Matt McIntyre.

Founder Haney, just like the many entrepreneurs that came before her, was frustrated over the lack of affordable activewear options. She started the company after graduating from the Parsons School of Design in New York.

The first product that Outdoor Voices released was a five-piece set of simple workout clothes aimed at both men and women. Venture capitalists, in particular General Catalyst, would soon pour millions upon millions into the business.

Unfortunately, the young Haney would soon need to learn a very costly lesson. Haney, after a series of delayed store openings as well as diminishing profit numbers, was forced to resign as CEO. She was eventually replaced by Gabrielle Conforti who had spent the last six years as both chief merchandising officer and president at Urban Outfitters.

Outdoor Voices, despite those turbulent times, remains one of the leading brands in the athleisure space. It has raised over $64 million in funding, employs over 200 people, and operates 11 stores across the United States.

The methodology with which competitors of Outdoor Voices are ranked is based on a variety of data points. Information such as the revenue generated, the number of employees, valuation, Instagram followers (one of the main sales channels for DTC brands), and anything else that’s relevant is being considered.

To ensure comparability, this analysis takes brands into account that offer both female and male athleisure clothing. Some of those companies, especially the larger ones, may furthermore offer other types of clothing and equipment.

So, without further ado, let’s take a closer look at the top 12 competitors of Outdoor Voices.

Nike is the world’s undisputed leader in sportswear. Apart from its own brand, it also owns a variety of other companies such as Jordan, Converse, Starter, and Umbro.

A whopping 210 million people follow the Nike brand on Instagram. The company operates more than 1,000 retail stores across the globe and employs more than 75,000 people.

For the fiscal year 2021, Adidas, which employs over 55,000 people worldwide, managed to cross € 21.2 billion in revenue – an increase of 15 percent compared to the year prior.

Lululemon is probably the biggest rival to Outdoor Voices when it comes to pure-play athleisure brands. Chip Wilson started the business as a design studio by day and yoga studio by night but eventually pivoted it towards clothing in late 2000.

Lululemon was even able to expand into new categories. In June 2020, it purchased MIRROR for $500 million to offer workout programs to its customers.

Its clothes are sold across 500 global stores. Furthermore, around 25,000 people are employed by Lululemon while four million people follow its brand on Instagram.

ASICS, which stands for “Anima Sana In Corpore Sano” (“You should pray for a healthy mind in a healthy body”), was established as ONITSUKA Shokai in Kobe in 1949. It made a name for itself by selling shoes in a variety of sports.

In 1966, it released a collection of sprint shoes for the Mexico Olympics that boasted its now-famous ASICS stripes. After the success of its ASICS line, ONITSUKA decided to rebrand the company into the ASICS Corporation in 1977.

While most of ASICS’ revenue is still being generated in its footwear section, athleisure wear is starting to gain momentum. For the fiscal year 2021, it generated ¥404,082 million (~ $3 billion) in revenue. The company employs close to 9,000 people and operates more than 400 stores across the globe.

Another global sports powerhouse that has entered the athleisure space is Under Armour. Kevin Plan, its founder, was a fullback at the University of Maryland and thus began selling football-related clothing.

Growth accelerated when Under Armour outfitted the actors of Any Given Sunday and The Replacement, which were released in the late 1990s. Some of its sponsorships, such as with basketball star Stephen Curry, helped to establish it as a global brand.

Athleisure sales are becoming increasingly important for Under Armour, which traditionally derived most of its revenue from basketball, football, and golf clothing.

For the fiscal year 2021, Under Armour generated $5.7 billion in revenue. $1.1 billion of that can be attributed to apparel, which includes athleisure and other types of clothing. Under Armour, furthermore, employs more than 16,000 people, runs over 350 stores, and has 8.4 million people following its brand on Instagram.

Tracksmith is another DTC brand that sells clothing primarily aimed at runners. Founder Matt Taylor not only is an avid runner but worked over a decade in the industry before becoming frustrated with how established brands would market to runners.

In the early 2010s, Taylor worked at Puma as the Head of Running Marketing where he was able to build a relationship with sprinter Usain Bolt. He pitched him the idea for an iPhone game for the 2012 Olympic Games, which they ultimately released together. The success of the game provided him with the necessary seed capital to start Tracksmith.

Over the coming years, he managed to raise $6.7 million in venture funding. Tracksmith, which employs over 50 people, has amassed around 115,000 followers on Instagram. It currently does not disclose revenue numbers.

Puma made a name for itself after sponsoring various football teams and becoming one of the leading brands in the sport for decades. Today, it sponsors world-class athletes such as Neymar or Lewis Hamilton and works together with stars like Selina Gomez or Dua Lipa.

Vuori is another DTC highflyer that sells athleisure as well as other types of clothing inspired by the active Coastal California lifestyle.

The company lives and breathes sports. This is best exemplified by the free online classes that it offers on its Instagram every morning.

Investors also love what they’re seeing. They’ve poured a combined $445 million into Vuori, which is now set to expand into a handful of new markets and open over 100 new retail stores in the next few years.

Athleta, despite only catering to for female customers, has managed to become one of the most successful company in the activewear space.

It was launched at a time when most athleisure clothing was tailored for men. Brands would take men’s apparel, shrink it, and sometimes change the color – a practice commonly referred to as “shrink it and pink it.”

Uniqlo, which many know for its focus on essential clothing, started out as a textile manufacturer in WWII-riddled Japan. In May 1984, it opened its first unisex casual wear store dubbed the Uniqlo Clothing Warehouse.

Over the coming years, Uniqlo rose to become one of the world’s leading apparel manufacturers, operating more than 1,000 stores across the globe while employing around 30,000 workers.

Uniqlo generated ¥2.1329 trillion (~ $17 billion) in annual revenue for the fiscal year 2021. While Fast Retailing, its parent company, does not break down Uniqlo’s revenue by clothing segment, it can be assumed that a significant portion of it is still derived from its athleisure clothing line.

Outdoor Voices remains in private ownership and as such is not obligated to disclose its shareholding structure.

It can, however, be assumed that founder Tyler Haney only owns a fraction of the company she helped starting.

This is best exemplified by the fact that the board, which is predominantly comprised of the firm’s investors, was essentially able to oust her in early 2020. If a founder holds a significant ownership stake, he or she is normally able to negate such board votes.

General Catalyst, which has led three different funding rounds between 2015 to 2016 (and participated in a few subsequent ones), is likely Outdoor Voices’ biggest shareholder.