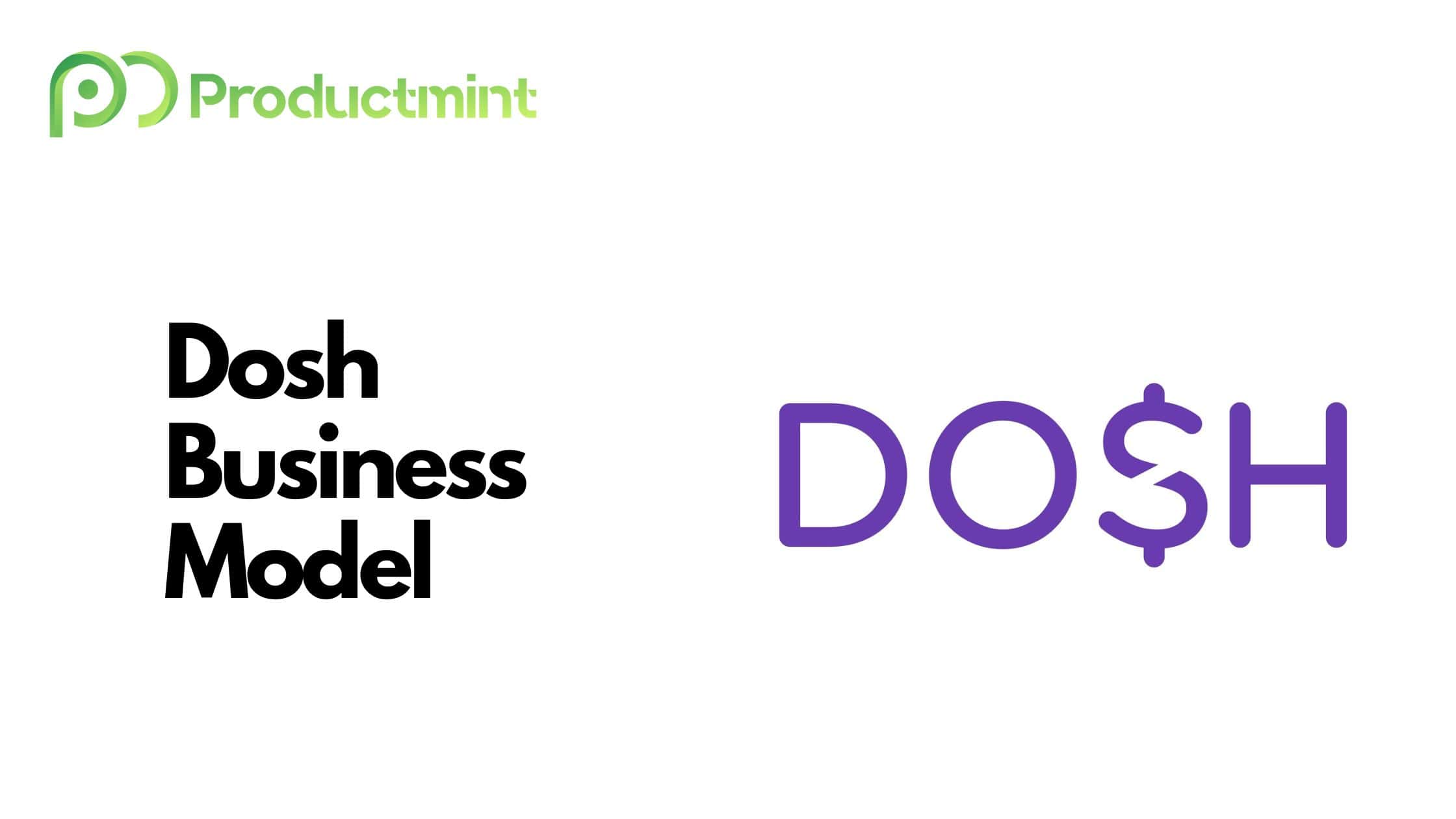 Dosh is a mobile application that offers cashback rewards to consumers. The company partners up with over 100,000 merchant partners.

Dosh makes money by taking a percentage cut from every transaction facilitated through its merchant network.

Founded in 2016, Dosh now counts over 6 million users on its platform. The firm was acquired by Cardlytics for $275 million back in March 2021.

Dosh, which is a British slang word for ‘cash’, is an application that offers cashback rewards at over 15,000 retail partners. Example partners include Walmart, Sephora, Instacart, Pizza Hut, and many more.

Its app, available on Android and iOS devices, is extremely simple to set up. First, the user installs it on their mobile phone. Next, existing credit cards or payment methods (such as PayPal or Venmo) need to be added.

After the payment methods are all set up, users can start ahead with shopping. Every time you shop at a partner’s store (whether online or offline), rewards in the form of cash is automatically transferred to the Dosh account.

Because the app accessing a user’s location, it can tell him or her if there are any merchant partners in proximity. Users simply receive a notification on their mobile devices.

Money can be retrieved once the Dosh account reaches $25 in balance. Dosh utilizes 256-bit encryption to keep a user’s data secure. As such, Dosh does not sell user data.

A Short History Of Dosh

Prior to starting Dosh, Wuerch created and exited multiple businesses. In 2000, he co-founded Motricity, a software provider that allowed mobile carriers to interact with users on their mobile phones over the internet.

Motricity raised over $400 million in venture funding from the likes of New Enterprise Associates, Intel Capital, Technology Crossover Ventures, Carl Icahn, and plenty more. The firm went public in 2010, raising another $50 million (substantially down from Motricity’s original estimate of $250 million).

Unfortunately, the referral system eventually snowballed, forcing Solavai to pay out millions in referral fees. The firm filed for Chapter 11 bankruptcy in 2014 and ended up merging with a European business the year after.

A 2015 article by GeekWire dissecting the firm’s bankruptcy statement highlighted that the company ended up paying almost all of its profits to users that referred new customers. For instance, one beta user in 2012 received $650 in rewards for referring 26 other people.

Wuerch (who, for reference, held a board seat at The Miss America Organization from 2006 to 2016), despite the setback, was back on his feet just months later. And this time, he learned from his experience.

For starters, when he conceptualized Dosh, it would not entail running a referral program in the firm’s early days (nowadays, the startup does actually have an affiliate program available).

Being a serial entrepreneur granted Wuerch the luxury to launch the business with backers already lined up to invest. In 2016, the firm raised 2 seed rounds of $600,000 and $2 million, respectively.

The initial funding, Wuerch’s track record, and the boldness of his idea allowed him to make some key hires early on. A 2017 article stated that he was able to attract some of Austin’s most sought-after software engineers.

“We are recruiting 10s,” Wuerch concluded in the interview about those hires. “It’s hard, but not if you create a culture with lightning-rod attraction.”

Another key reason was Dosh’s mission. After all, it allows consumers to instantly save money and put it back in their pockets. Some would even go on to use the money for essential services like their water bills or internet plans.

Furthermore, Dosh implemented a feature that would allow users to donate the money in their accounts to a nonprofit organization of their choice.

The money spending aspect became a determining factor in Wuerch’s decision to pursue a cashback business (compared to a discount service like browser extension Honey).

“When you get a discount, you don’t typically give it much thought,” he told VentureBeat in a 2018 piece. “Research shows that when consumers pay for something and then automatically receive cash when they weren’t expecting it, a positive stimulus gets triggered neurologically. That stimulus creates a behavioral connection to the merchant that gets them the positive stimulus.”

That connection, along with the fact that merchants can measure their advertising success (since all transactions are recorded in the Dosh app), allowed the team to sign up close to 100,000 merchant partners (along with MasterCard and Visa for the payment rails) prior to the public launch.

Talking about the launch: Dosh, in April 2017, launched into public beta after almost 2 years of development work. The business generated over $100,000 in cashback rewards within the first 6 months of operation. By that time, more than 60 people were already employed by the startup.

Dosh continued its meteoric rise in the years that followed. In 2019 and 2020, Dosh focused on expanding its product line as well as the verticals it caters to.

In 2019, for instance, it launched cashback rewards in cooperation with various hotel chains.

The next year, Dosh announced it had developed its own software development kit (SDK) that would allow other FinTech companies to offer cashback rewards to their users.

Branded Powered by Dosh, the service already has attracted the likes of Betterment, Ellevest, and Venmo as partners.

Dosh, due to the rise of online shopping as a result of the coronavirus pandemic, was able to expand its customer and merchant partner base extensively.

Its continuous growth was ultimately rewarded with an exit. Software provider Cardlytics paid $275 million in cash and equity to acquire Dosh in March 2021.

How Does Dosh Make Money?

Dosh makes money by taking a percentage on each transaction facilitated through its cashback network.

It can command a portion of each transaction in exchange for directing new and repeat customers to the merchants it partners with.

Dosh claims that its app leads to a 29 percent increase in purchasing frequency. Furthermore, conversion rates are lifted by 72 percent whenever consumers are shopping with Dosh.

Another benefit the FinTech offers is the ‘trackability’ of the budget (= transaction fees paid out to Dosh) that merchants spend on its platform.

Many advertising channels make it tough to attribute marketing spend, which can limit the insights merchants have on their effectiveness.

Dosh effectively operates under an affiliate business model. It essentially acts as a marketing channel for the businesses that choose to advertise on its app.

Competitors like Fetch Rewards or Rakuten monetize their customer base in a similar fashion.

Interestingly, Dosh has since expanded into becoming a software provider and now powers the cashback program of other FinTech companies.

Its most notable partner is Venmo. Dosh and its FinTech partners then likely share the affiliate revenue that is being generated.

Partners benefit from not needing to build up a supply of cashback partners while being able to get access to a new monetization channel almost instantly.

And Dosh itself can strengthen its negotiating power with other cashback partners by expanding its addressable market of consumers that take advantage of its offers.

According to Crunchbase, Dosh has raised a total of $87 million across 9 rounds of equity and debt funding.

Dosh latest round of funding, announced in January 2019, catapulted the startup’s valuation to $300 million.

Unfortunately, investors in that round ended up loosing money as Dosh was acquired for $275 million two years later. They may make some of that money back since part of the acquisition price included Cardlytics equity, which may increase in the future.

As a private company, Dosh is not obliged to share any revenue or profit figures. Given that the firm is still in expansion mode, it can be assumed that it is yet to turn a full-year profit.