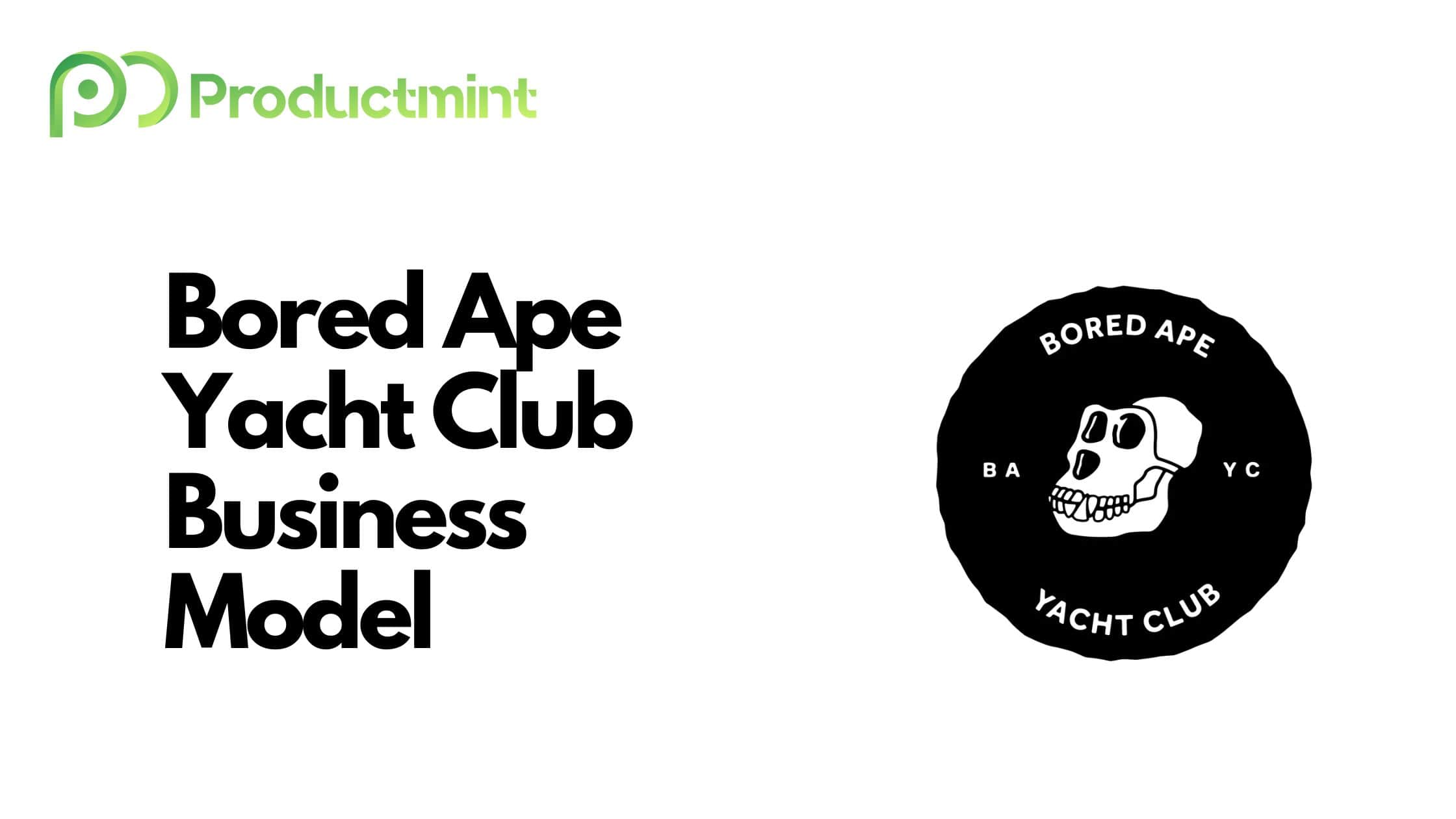 Bored Ape Yacht Club is a set of 10,000 limited non-fungible tokens that resemble an illustration of disinterested-looking apes who all possess different traits.

Bored Ape Yacht Club makes money through the issuance of new digital artwork as well as via royalties from secondary sales and other transactions.

What Is Bored Ape Yacht Club?

Bored Ape Yacht Club is a set of 10,000 limited non-fungible tokens (NFTs) that resemble an illustration of disinterested-looking apes who all possess different traits.

The NFTs, which are created by the anonymous group Yuga Labs, are minted on the Ethereum blockchain. As a result, ownership of the NFT is stored and verifiable on the blockchain.

That means that you also possess full commercial rights to the token and underlying character. For example, one could sell t-shirts that depict the character.

Apart from owning the rights to the image and character, possessing a Bored Ape Yacht Club (BAYC) NFT also provides owners with a variety of other benefits.

These include admittance to an exclusive Discord server, being able to attend events organized by Yuga Labs, access to additional NFTs (such as a collection of dogs named the Bored Ape Kennel Club), and more.

Each ape possesses a set of unique characteristics which determine its value. For example, apes with golden fur are considered rare and thus trade for much more.

Bored Ape Yacht Club tokens can primarily be purchased on NFT marketplaces such as OpenSea or Rarible. In the past, tokens were also auctioned off at Sotheby’s and other auction houses.

Bored Ape Yacht Club, which is minted and maintained by Yuga Labs, was launched on April 29th, 2021.

The founders behind the NFTs remain largely unknown despite being entrenched in the crypto community since 2017 (BuzzFeed would go on to reveal their identity). As a result, they use pseudonyms, namely ‘Gargamel’ and ‘Gordon Goner’.

They both grew up in the Miami area and, through mutual acquaintances, eventually became friends.

In 2017, Gargamel ended up buying Ether for the first time after friends of his, even as far back as 2009, told him about Bitcoin and other tokens. Not long after that first purchase, in which Gordon participated as well, the two saw their crypto holdings skyrocket as a result of the crypto craze.

Right from that point, both of the guys became heavily involved in the crypto Twitter sphere and began soaking everything in for the next few years. However, it would take almost four more years until the two became involved themselves.

In January 2021, they discovered the Hashmasks NFTs, which followed a similar community-driven approach that would prove to make BAYC so popular.

Over the next few weeks, the duo experimented with the creation of their own NFT. It certainly helped that Gargamel had graduated with a master’s degree in Fine Arts (Gordon dropped out due to physical issues and had been working as a day trader in the meantime).

The first set of NFTs that they released was called CryptoCuties, which were NFT-based girlfriends aimed at the male-dominated crypto industry. CryptoCuties failed as quickly as it was released.

Their next idea was a shared digital canvas that would allow anyone who bought onto it to draw on it. People would soon draw genitalia and other explicit content on it. Ironically enough, this ultimately sparked the idea for BAYC.

The duo figured that they would want to create a place in which “degenerates” could hang out. They created a story that took place in 2031 where everyone who had invested in crypto became a billionaire – and was just bored out of their mind.

In order to make their vision a reality, they brought on two programming friends, going by the names ‘No Sass’ and ‘Emperor Tomato Ketchup’, who coded up the Ethereum-based smart contracts. They, furthermore, invested another $40,000 to hire various illustrators, such as the now-famous Seneca, to create the designs.

Those designs were then fed into an algorithm which ultimately created unique combinations of their appearances. As previously stated, certain traits, such as laser eyes, would only show up occasionally to illustrate an NFT’s rarity.

Finally, after weeks of hard work, Yuga Labs released the 10,000 Bored Apes on April 29th, 2021. However, the OpenSea auction took some time to pick up steam. Luckily, demand soon began to pick up after a variety of crypto influencers, such as DJ 3LAU, tweeted their support about the project.

Many of the project’s supporters changed their profile pictures to include the apes they purchased. Additionally, OpenSea added a blue checkmark to the project, which meant to signal the authenticity of the creators.

Within a few days, all 10,000 apes were sold. The drop netted the founders over $2 million. Just a month after the release, on June 2nd, one of the apes already recorded a secondary sale for 49.99 ETH, or $128,000 at the time of purchase. By the end of June, the project had recorded over $70 million in sales volume.

That same month, the team also released Bored Ape Kennel Club, a collection of 10,000 unique NFT dogs that each ape owns and received for free. In early August, after a temporary dip in NFT demand, BAYC managed to record the first seven-figure secondary sale of an ape (sold for 375 ETH, or about $1.16 million at the time of purchase).

A few weeks later, the apes finally hit the mainstream when basketball star Stephen Curry purchased an NFT worth $180,000. A day after, on August 29th, Yuga Labs managed to net another $96 million in a public sale of 10,000 Mutant Apes (alongside 10,000 pieces of mutant serum), an altered version of the original apes.

The craze for BAYC NFTs continued well into November. For example, the apes were purchased in a Post Malone and The Weeknd music video using MoonPay. Additionally, some apes also formed a virtual band called Kingship that was signed by Universal Music Group. That month, BAYC also managed to cross $1 billion in total sales volume.

However, some investors also had to learn a few painful lessons along the way. In mid-December, one BAYC owner accidentally listed one of his apes for $3,015 instead of $300,000 – with the NFT being snapped up in seconds by a bot.

Moreover, copycat and parody projects such as PHAYC were also popping up left and right, trying to capitalize on BAYC’s hype. Some of them, though, were deleted not long after their release. Additionally, some owners, such as the Ross+Kramer Art Gallery in New York, also had their apes stolen in late December, which forced OpenSea to freeze the associated NFTs.

Despite those hiccups, hype remained undeterred. In January 2022, additional celebrities such as Eminem, Justin Bieber, Jimmy Fallon, and Paris Hilton unveiled that they had purchased BAYC NFTs.

Weeks after, an article published by BuzzFeed revealed the identities of the two founders. The crypto community, which is often notorious for having founders that want to keep a low profile, didn’t take it too lightly. To the founder’s credit, though, they went on to release pictures of themselves on Twitter to deescalate the situation.

In March 2022, BAYC creator Yuga Labs managed to raise $450 million in funding at a valuation of $4 billion. It plans to use that money to build a media empire around its NFTs by launching games and other associated metaverse projects.

The funding was certainly necessary since Yuga Labs had just acquired the CryptoPunks as well as Meebits project from Larva Labs for an undisclosed amount. Yuga Labs’ goal is to now become the world’s leading NFT brand.

Bored Ape Yacht Club makes money through the issuance of new digital artwork as well as via royalties from secondary sales and other transactions.

As previously stated, Yuga Labs, the studio behind BAYC, had dropped two different sets of apes so far. The first release netted them around $2 million while the second drop, issued in late August 2021, netted the team a whopping $96 million.

Additionally, the studio also generates revenue whenever a secondary sale, for example on Rarible or OpenSea, occurs.

This is effectively written into the smart contract of the underlying NFT. In the case of BAYC (and its other drops), Yuga Labs receives 2.5 percent of the secondary sale value.

With well over $3 billion in lifetime trading volume, the founders of Yuga Labs have already managed to collect more than $60 million in secondary sales income.

Additionally, the studio would also receive a portion of the revenue generated through other secondary transactions. Examples include royalty fees from music sales or other content associated with the apes.

While Yuga Labs continues to participate in those secondary transactions, the artists behind the apes, such as Seneca, have unfortunately not seen a single cent. However, due to the apes’ worldwide exposure, this has led to various additional opportunities such as the release of their own NFTs.

The business model of Bored Ape Yacht Club is predicated on maintaining a level of exclusivity and creating as much associated content about the apes as possible.

Given that the apes (and the underlying membership) are limited to 10,000 owners, BAYC can be seen as an exclusive club that only a few selected people have access to. Being in the same club as celebrities like Eminem or Stephen Curry (who entered the club’s Discord server before) certainly has its own appeal.

The value of the franchise could further be accelerated through the release of additional material. As previously stated, one example was the band that was formed by a few selected apes. Other possibilities include the release of games or TV shows.

However, the business is already quite successful as it is. A leaked pitch deck revealed that Yuga Labs generated $137 million from secondary transactions in 2021 alone.