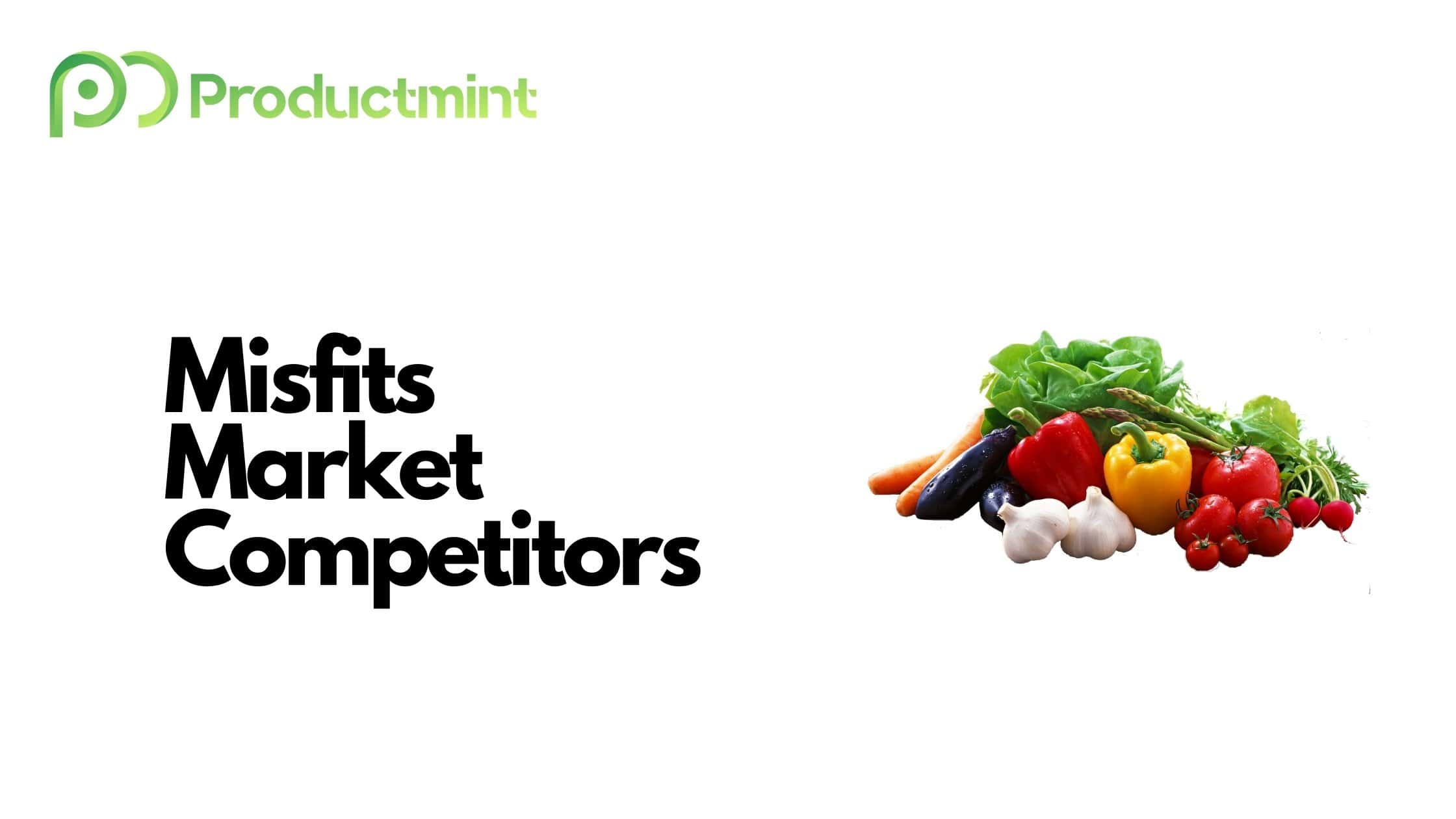 Misfits Market, headquartered in Pennsauken, New Jersey, United States, is a grocery delivery service that focuses on food that can’t be sold in supermarkets and other stores.

The company is able to deliver groceries right to your door at up to 40 percent off the supermarket store price.

It is able to do that because it focuses on sourcing imperfect products, namely the ones that have blemishes, bruises, scratches, scars, or any other type of damage. These products are oftentimes excluded from being sold at grocers and are thus thrown away.

Nevertheless, Misfits’ products are perfectly edible. In fact, its products are often sourced from the farmers and producers that supply other supermarket chains such as ALDI, Walmart, or Whole Foods.

On top of that, Misfits Market also helps combat food loss, which ranges between 30 to 40 percent of all food supply according to the U.S. Food and Drug Administration (FDA). ReFED, furthermore, estimates that 130 billion meals worth of food goes to waste – every year.

Misfits Market was founded in 2018 by Abhi Ramesh who started the company after visiting a farm and experiencing first-hand how much food is thrown away. It has raised $526.5 million in funding according to Crunchbase.

The methodology with which the competitors of Misfits Market are ranked is based on publicly available data. Since Misfits as well as most of its competitors remain in private ownership, data on revenue is hard to come by.

We, therefore, rank the competition based on three key factors, namely how many people they employ, how much money they have raised, as well as the social impact they have had. That impact can be expressed through a variety of data points such as kilos/pounds of saved food, CO2 or water conserved, or people fed. Every company chooses to disclose different metrics to the public (and some, unfortunately, none).

Additionally, this analysis only takes U.S.-based grocery delivery services that focus on delivering fresh produce into account. The honorable mentions section, therefore, lists a few additional companies that operate in a slightly different space or tackle other markets.

This analysis should not be taken as a recommendation to make a particular purchase. It is merely a summary of all the competition that Misfits Market faces as of today.

So, without further ado, let’s take a closer look at the top 10 competitors of Misfits Market.

Imperfect Foods is a grocery delivery service that not only ships natural produce and food but also bath, beauty, and wellness items.

After signing up, users are taken through a quick quiz that is used to determine their habits and preferences. Customers are then assigned to a shopping window and delivery day based on where they live.

Each week, they will start your cart pre-filled with food the company thinks you’ll like based on your preferences and what’s in season. Customers can add and remove items to build the perfect order for them.

Imperfect Foods currently serves customers across most of the West South-Central region, Midwest, Northeast, and all along the West Coast.

So far, Imperfect Foods has raised $229.1 million in funding and employs around 500 people. The company has saved more than 145 million pounds of food.

Hungry Harvest is another well-funded startup that focuses on ugly produce that it delivers to around a dozen states including Maryland, Florida, and more.

The founders raised awareness for the business by appearing two times on Shark Tank, which allowed them to raise the initial funding for their idea.

Since its inception in 2014, the company has been responsible for saving 27 million pounds of produce. It, furthermore, donated over 1.7 million pounds to people in need. Investors have rewarded the 65-people-strong company with close to $21 million in funding thus far.

Founder Ashley Weingart was brought into her family’s business as a Director of Communications & Community Outreach. To combat the food waste she was observing, she launched Perfectly Imperfect as a program of Forest City Weingart Produce soon after.

The delivery service sources the imperfect produce from local farms and wholesalers. What differentiates Perfectly Imperfect from other services is its social mission. For every box purchased, it donates produce to people in need.

Right now, Perfectly Imperfect Produce only delivers in the state of Ohio. However, the company stated that it plans to soon expand into other states.

No outside funding has been raised to date. Perfectly Imperfect Produce has saved over one million pounds of food to date. Moreover, the company fed more than 100,000 people in need.

FreshDirect delivers a variety of grocery products. This not only includes fresh produce but many other items such as frozen meats, bakeries, pre-cooked meals, and even alcoholic beverages.

The company employs a dedicated Food Safety and Quality Assurance department to guarantee the items it sells in its facility are safe to consume.

Customers simply select the products they want to be delivered, which are then prepared in FreshDirect’s local facilities and delivered using the firm’s refrigerated trucks and at the most suitable time.

Moreover, FreshDirect offers different memberships which customers can opt into to receive unlimited free delivery, exclusive promotions, and other freebies.

However, the company only delivers products in a few selected states such as New York, New Jersey, Connecticut, Pennsylvania, and Washington.

In November 2020, FreshDirect was acquired by Holland-based supermarket chain Ahold Delhaize. The company has raised $280 million throughout its existence and employs over 1,000 people. The company fulfills 100,000 orders in the New York City area alone.

Once a week, Farmbox Direct delivers you a box full of fresh produce sourced by local farmers and businesses right to your doorstep.

You have the option to see what’s being harvested locally in order to choose your fruit and vegetable preferences. You can also substitute up to 5 items that may not be appealing to you. Customers can, furthermore, choose between having all-organic or conventional produce.

Since Farmbox Direct works together with FedEx for delivery, it is able to serve customers across the entire United States.

In 2020, the executive team has expanded the company into medicine by launching a pharmacy delivery service called FarmboxRX.

Its founder has yet to raise outside funding from institutional investors. As a result of the lack of capital, it currently only employs about 25 people. Unfortunately, Farmbox Direct does not disclose any data pertaining to the impact it had or the amount of food it has delivered thus far.

Farm to People, as the name suggests, works together with local farms to provide customers with subscription boxes as well as individual groceries.

Farmers who work together with the platform receive $0.50 for every $1 sold on average via the website. For comparison, farmers only get around $0.13 out of every dollar when selling to traditional retailers.

The company, which hasn’t taken on any funding and likely remains local for the time being, serves over 4,000 customers.

7. Farm Fresh To You

Farm Fresh To You is a subscription box that solely delivers organic fruits and vegetables fresh. The service differentiates itself from other offerings by growing the produce itself.

In fact, the fruits and vegetables come from a farm that was started in the mid-1970s by graduate students Kathleen Barsotti and Martin Barnes. Their respective children have continued the family business and brought it into the 21st century.

Due to their roots, the company remains a small-scale operation and thus only serves customers in the state of California. However, their parent organization, Full Circle Farms, services other west coast cities such as Portland, Seattle, Spokane, Seattle.

The delivery service has not taken on any outside capital. Despite the lack of outside capital, it has managed to grow to around 240 employees. In recent times, the company has donated over 100,000 lbs of organic produce to local food banks.

Another family-run business that turned its farm into a produce box is Talley Farms. Produce is directly delivered from its farm or can be picked up there as well.

The produce can be picked up throughout 70 convenient locations in San Luis Obispo and Northern Santa Barbara. Boxes come in two different sizes, namely Original and Junior.

No outside funding has been raised to date. Around 50 people are employed by Talley Farms, which also entails workers who don’t focus on the produce box.

Chef’s Garden is one of the largest producers of organic vegetables in America. With 600+ varieties of fruits and vegetables, their goal is to provide restaurants and the world’s top chefs with produce.

Consequently, the company also offers home delivery for consumers. Its most popular offering is its Best of the Season Box, which includes a variety of fruits and vegetables.

Chef’s Garden has not taken on any funding. Nevertheless, it has managed to grow to close to 100 employees.

Lastly, Misfit Markets faces competition from The FruitGuys, which as the name suggests, focuses on selling fruits.

However, its boxes also include other products such as vegetables as well as healthy snacks. The company mainly delivers across the San Francisco area.

More than 100 people are now employed by The FruitGuys. The company commits to donating 20 percent of its annual profits to fight hunger. As a result, it has donated over 18 million servings to date.

The above-mentioned companies are certainly not the only competition that Misfits Market faces. Technically, it competes against every grocer and supermarket that offers fruits and vegetables.

Other, more established chains that Amazon Fresh or Whole Foods (which is also owned by Amazon) are certainly targeting the same type of health-conscious customers.

Moreover, Misfits Market competes against online delivery services such as Instacart, which in turn work together with other supermarket chains to serve their customers.

There are also examples of marketplaces gunning for Misfits Market’s supremacy. CropSwap, for example, offers a consumer-facing app where customers can order produce from local farms.

Nevertheless, establishing an online grocery delivery service remains a financially and logistically complex endeavor. London-based Farmdrop, which offered a similar service to customers in the U.K., had to close down in December 2021 despite over $40 million in funding.

Misfits Market remains one of the leading companies in the space that it operates in, that is delivering ‘ugly’ produce to customers.

However, competitors such as Imperfect Foods and Hungry Harvest have raised significant rounds of investment to dethrone the company.

On top of that, there are a plethora of local operators that have originated out of farms, which produce their own fruits and vegetables.