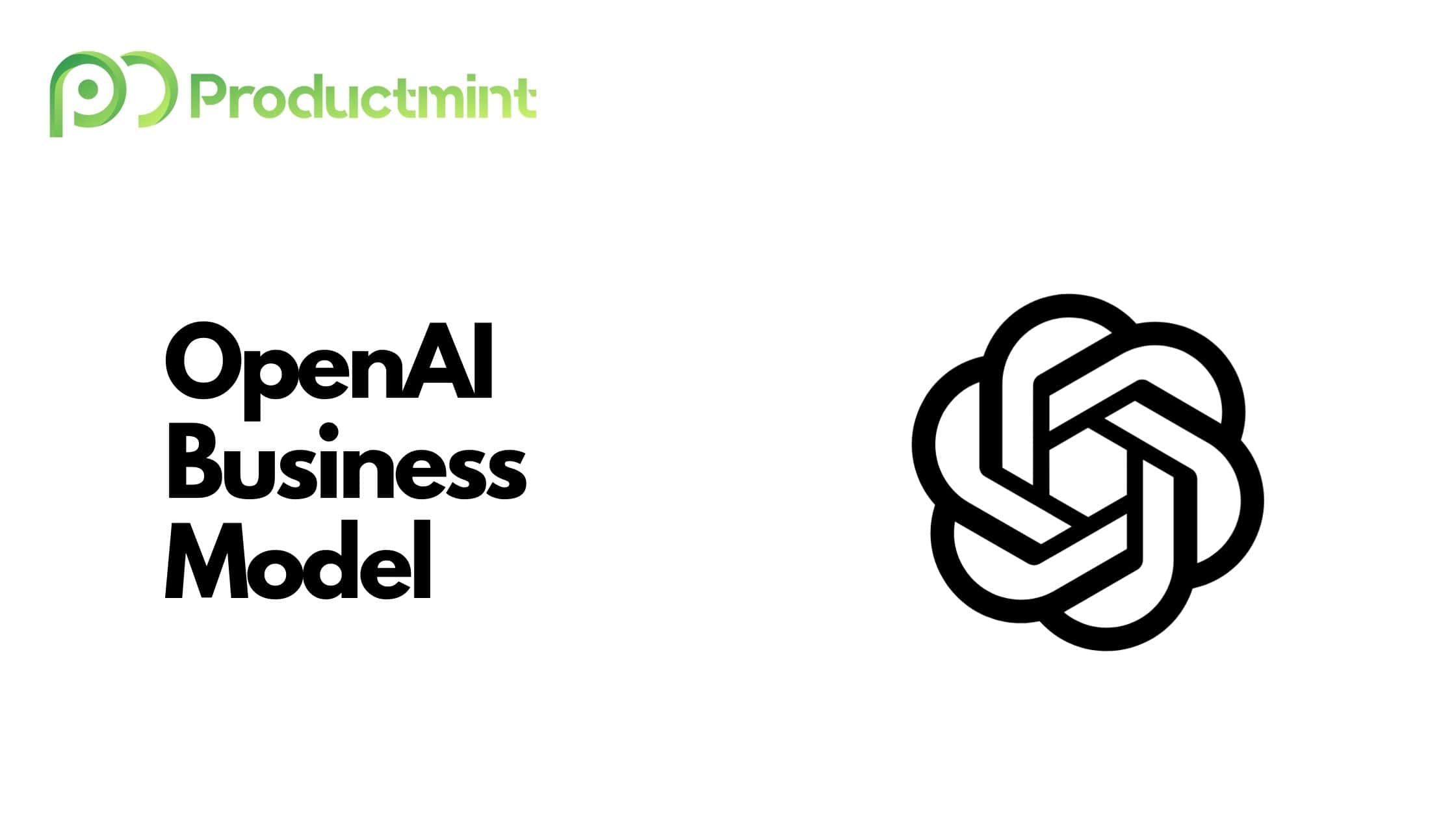 OpenAI is a technology company that publishes academic research and releases products in the field of artificial intelligence.

OpenAI is a technology company that focuses on academic research and releasing products in the field of artificial intelligence (AI).

Its stated mission is “to ensure that artificial general intelligence (AGI)—by which we mean highly autonomous systems that outperform humans at most economically valuable work—benefits all of humanity.”

To achieve that goal, it has released a variety of academic papers as well as AI-related products. Its most widely acknowledged output to date is the Generative Pre-trained Transformer (GPT) language model, which underpins products such as ChatGPT.

ChatGPT itself, as the name suggests, is essentially a chatbot that can answer almost any question users pose. OpenAI also licenses the language model, namely GPT-3, that ChatGPT is built upon.

OpenAI, apart from chatbots, allows users to generate images as well. Its Dall-E deep learning models, currently in their second iteration, create photo-realistic images based on a few text prompts.

The models that OpenAI develops are then made available via an application programming interface (API) or maintained as open-source projects, with the code thus being freely available (e.g., Whisper).

However, in March 2019, the organization reorganized itself to become a limited partner (LP), which would cap the profits of its investors at a 100x return. The LP continues to be overseen by the nonprofit organization, though.

The shift to an LP structure not only simplified access to venture capital but also enabled OpenAI to double down on its money-making opportunities, which I’ll highlight in the coming chapters.

How Does OpenAI Make Money?

Let’s break each of those revenue streams down in the section below.

The overwhelming majority of revenue that OpenAI generates comes from the licensing fees that it charges to those who use its models or products.

Currently, OpenAI monetizes those offerings on a per-unit basis. Pricing for each product can be accessed here.

Each model offers various capabilities and is thus aimed at different use cases. As you can see in the image above, Ada processes queries the fastest while Davinci is the most potent one.

The models are priced on a token basis, where 1,000 tokens are equal to about 750 words according to OpenAI.

Customers can also fine-tune OpenAI’s existing models for which they are charged a fairly larger fee ($0.12 for Davinci on fine-tuned model vs. $0.02 on the standard model).

I would presume that OpenAI offers special rates to its enterprise customers, which have substantially greater needs for computing.

One client, in particular, is likely to receive quite a discount. Microsoft, back in July 2019, invested $1 billion into the newly-formed OpenAI LP.

Additionally, Microsoft would provide OpenAI with the necessary processing units to train its image and language models on.

For example, Microsoft built a dedicated supercomputer that boasts over 285,000 cores, 10,000 GPUs, and could process 400 gigabits per second of network connectivity per server. In fact, the machine would even rank as one of the five most potent computers on planet earth.

In exchange, the tech giant would be able to incorporate GPT into a variety of different products, most notably Azure and Office365.

Back in November 2021, Microsoft announced the launch of the Azure OpenAI Service, which became available to all customers in January 2023.

Offering exclusive products will aid Microsoft in further growing Azure, especially in attracting the next batch of startups building on top of OpenAI’s models.

Other Microsoft-owned products, such as GitHub with the launch of its coding assistant dubbed Copilot, benefit from the partnership, too.

By plugging itself into Microsoft’s existing customer ecosystem, OpenAI can significantly up the distribution of its models, which consequently increases the revenue it generates from licensing fees.

After amassing tens of millions of users, OpenAI finally began to monetize its worldwide hit ChatGPT.

In January 2023, it introduced a premium version of the chat bot, costing $42 per month.

The subscription essentially gives users preferential access to compute. Meanwhile, free users will only be able to access ChatGPT during times when demand is low.

Companies are likely early adopters and traditionally more than happy to pay $42 per month for a subscription.

Another, albeit likely still unrealized, revenue stream of OpenAI is the investments it makes in AI-based startups.

These investments are made out of the OpenAI Startup Fund, which the firm launched back in May 2021.

The size of the fund is equal to $100 million. At launch, founder and CEO Sam Altman said that “this is not a typical corporate venture fund. We plan to make big early bets on a relatively small number of companies, probably not more than 10.”

Unfortunately, not many other details were provided. However, I’d assume that OpenAI, just like any other venture fund, receives an equity stake in exchange for its investment. It then makes money by selling its shares at a higher price than they were initially purchased for.

OpenAI is uniquely positioned to carry out venture investments given that founder Altman previously led Y Combinator, the world’s most prominent startup accelerator, as a partner and then president for over four years.

Having personally seen thousands of pitch decks and company financials certainly won’t be a disadvantage when evaluating how lucrative a given investment opportunity is.

But turning a profit is just one part of OpenAI’s investment equation. More importantly, the investments lead to an emergent usage of its technology and thus broadening of its user base and consequently revenue.

Many of the companies that OpenAI invests in, such as the notetaking app Mem, utilize the firm’s transformer-based technology to power their applications.

As the interest in these startups rises, for example, by virtue of new funding announcements or the product simply going viral, so does the awareness of OpenAI. That added attention will inevitably lead to additional businesses building on top of its APIs.

I would also assume that a portion of OpenAI’s investment isn’t actually made in cash but in tokens. As a result, the firm can utilize the excess cash to hire additional AI experts, which are absolutely critical to its mission.

Investing in other startups is a core part of the business model strategy that OpenAI pursues, which I’ll detail in the coming chapter.

OpenAI is pursuing what I would largely describe as a platform business model strategy. In essence, it acts as the foundational layer upon which other companies and services are built.

That strategy began with OpenAI’s shift from a non-profit to a limited partnership back in March 2019, which subsequently led to Microsoft’s $1 billion investment in the ensuing summer.

However, OpenAI only started monetizing its models with the release of GPT-3, which was first unveiled in May 2020. A few months later (01/2021), it released DALL-E for the first time.

Both models are now made available via the above-mentioned APIs. And since OpenAI generates revenue from usage-based fees, it is obviously incentivized to get the word out about its tech.

One way in which it does that is to simply make its products available for free to the public. Point in case: ChatGPT, which is a refined version of GPT-3, reached one million users within five days of launching.

It also sparked a heated debate about the present (e.g., student cheating on tests) and future (e.g., unemployment) implications of AI. In any case, whether it’s good or bad publicity, the release accomplished what it was supposed to do: raise awareness for its GPT technology.

Similarly, OpenAI’s Dall-E can be accessed at no cost if you’re using the tool on a personal account. It also has a virality effect baked into it, namely via the images that users generate as well as the debates it sparks with regard to copyright and who’s the owner of the images that are being created.

Interestingly, OpenAI has also contemplated monetizing ChatGPT itself. Usage would likely be determined by a token-based system, too.

The heightened interest is just one of the reasons why OpenAI makes its products available to the public. Another huge aspect is its ability to fundraise at more favorable terms, which extends the firm’s runway substantially.

And top AI scientists certainly don’t come cheap. Ilya Sutskever, one of OpenAI’s co-founders, took home $1.9 million in 2016 alone. However, OpenAI was still operating as a non-profit and could thus not compensate its staff via shares and thus had to resort to cash-only offers.

Thirdly, it also helps to improve the performance of its models. GPT utilizes reinforcement learning from human feedback (RLHF) to improve the model’s outputs. Users, for example, can upvote or downvote a ChatGPT response, which then acts as an additional training data set.

Consequently, the more potent its models become, the greater the incentive for both business customers and consumers to use its products.

The added word-of-mouth, model improvements, and thus greater revenue are also the basis for why OpenAI invests in other startups.

One generally overlooked aspect is that OpenAI does not allow its customers to export their finetuned models (since they sit directly on top of trained models like GPT-3), meaning it creates almost inescapable lock-in effects.

OpenAI is thus engaged in a symbiotic relationship with the startups it backs. In other words, the more those startups grow, the more compute demands they have, thus leading to greater spending on the OpenAI platform.

In that regard, the partnership with Microsoft allows the firm to not only incur millions of dollars in losses per day but also access the necessary computing power to train and improve its models.

Going forward, I would assume that OpenAI continues to double down on expanding its product ecosystem, either by adding new models or improving existing ones. GPT-4, for example, is set to launch in 2023 and is allegedly 100x more powerful than its predecessor.

The real ballsy move for OpenAI would be to acquire platforms that are known for harvesting image or text data. For example, a potential purchase of Quora, which is currently valued at $1.8 billion, would give it access to billions of posts that could serve as inputs to its language models.

OpenAI, according to Crunchbase, has more than $1 billion across six rounds of venture capital funding.

Most of that money came from Microsoft, which invested $1 billion into OpenAI back in July 2019. Other notable investors include Sequoia Capital, Tiger Global Management, and Andreessen Horowitz.

OpenAI is currently valued at $20 billion after many of the above-mentioned investors deployed an undisclosed sum of money into the business back in 2021.

The firm’s revenue figures are currently not being disclosed. However, OpenAI, in recent pitches to investors, has stated that it expects to generate $200 million in revenue during the fiscal year 2023. That number is set to increase to $1 billion in 2024.