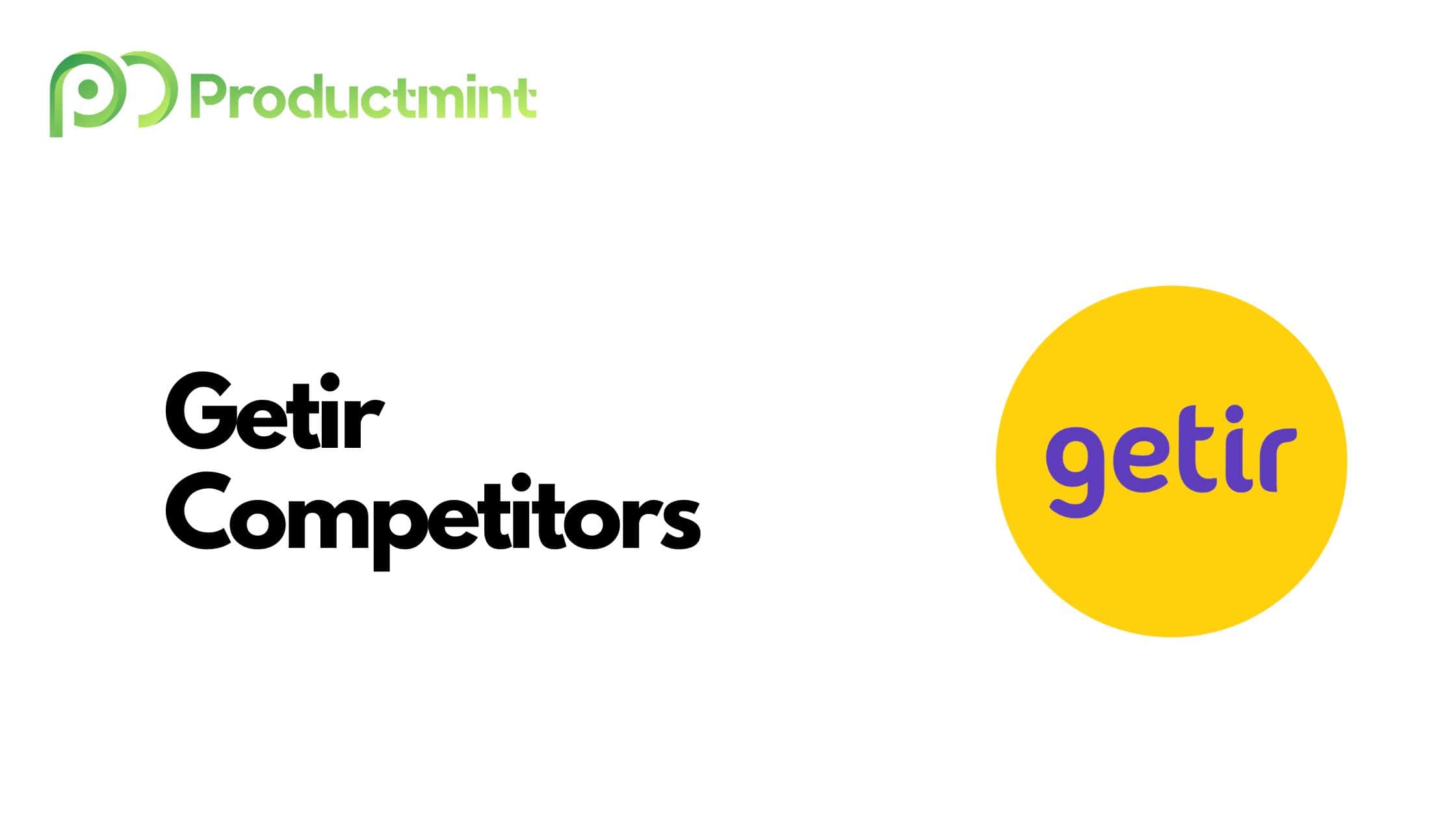 Getir is an on-demand delivery that allows customers to order groceries and daily essentials. Its promise is to deliver orders within 10 minutes.

The company, which is headquartered in Istanbul, Turkey, was founded in 2015 by Arkady Volozh, Mert Salur, Nazım Salur, Serkan Borançılı, and Tuncay Tütek.

Getir is able to deliver orders quickly because it runs multiple fulfillment centers (so-called dark stores) in the cities it is available in (81 across Turkey and 48 cities in Europe and the United States, to be exact). It, unlike delivery services such as Instacart, also takes care of storing and picking the orders.

This wasn’t the team’s first entrepreneurial endeavor, though. Most of them had previously started BiTaksi, the local version of Uber. During the first years of operating Getir, they were relegated to operating in Turkey only, in large parts because the country lacked venture investors.

Luckily, it became a blessing in disguise. The lack of capital forced the team to really nail the business model. Getir, unlike many of its venture-funded competitors, actually became profitable by the time it raised its first institutional funding round (December 2018).

The hyper-fast delivery market, mainly due to the effects of the coronavirus pandemic, began to heat up not long after. As a result, Getir’s founders were able to raise over $1.8 billion within two years. The business is currently valued at a whopping $11 billion and generated $1 billion in 2021 alone.

The funding has, furthermore, enabled the team to quickly expand into new markets. Another reason for its ability to quickly enter new markets is Getir’s lightweight business model. Instead of renting the fulfillment centers itself, it works together with local warehouse owners who take care of all operational matters.

The methodology with which competitors of Getir are ranked is based on publicly available information. Data points such as the revenue generated, the number of employees, the number of cities served or couriers on the platform, and anything else in between will be considered.

Furthermore, we look at competitors in the countries that Getir is available in. It currently operates in Turkey (where it’s the only service of its kind), the United Kingdom, Germany, France, Italy, Spain, Netherlands, Portugal, and the United States.

Lastly, this analysis should not be seen as an endorsement of any company or service. It merely acts as a summary of all the competition that Getir faces as of today.

So, without further ado, let’s take a closer look at the top 8 competitors of Getir.

Gopuff is the pioneer in the rapid grocery and essentials delivery industry. Its founders were still in college when they started the business, which they got off the ground by renting a warehouse and selling leftover chairs and tables for $60,000 on Craigslist.

And the money was very much needed given its business model. Unlike Getir, Gopuff actually leases the warehouses it delivers from. Gopuff operates over 250 micro fulfillment centers as of now.

The company has grown to the point where it now even works with local brands that are not available in traditional grocery stores. It also offers a membership, dubbed Fam, which grants customers multiple benefits such as free deliveries.

Gopuff, in spite of its resource-intensive business model (which you can read about here), has managed to expand to 1,000+ cities. It is available in three countries, namely France, the United Kingdom (via its acquisition of Dija in August 2021), as well as the United States – all markets in which it competes against Getir.

Investors certainly love what they’re seeing as well. They have invested a total of $3.4 billion into the company, which generated $2 billion in revenue in 2021 alone. Gopuff is currently valued at $15 billion and employs around 5,000 people.

Gorillas is the biggest competitor to Getir in Europe. Despite a plethora of issues, which included city protests and attempts of employees at unionizing, it managed to generate close to $1 billion in revenue per year.

The couriers as well as picking staff are employed on a full-time basis by Gorillas. The company, furthermore, leases the warehouses it operates and thus operates similarly to Gopuff. It leases over 180 warehouses in the 55 cities it operates in.

Investors certainly like what the company does as well. They have poured a combined $1.3 billion into the company, which they then valued at $3 billion. However, things took a turn for the worse in 2022, which ultimately culminated in Gorillas’ sale to Getir for ‘only’ $1.2 billion.

Gorillas competes with Getir in a variety of countries including France, the Netherlands, Germany, Spain, the U.K., as well as the U.S., which it entered in late 2021. It’s, furthermore, operating in Belgium and Denmark. More than 3,000 people are employed by Gorillas on a full-time basis.

Flink is another Berlin-headquartered rapid delivery startup, offering more than 2,000 products at supermarket prices. The team working on Flink has founders who have a lot of entrepreneurial expertise and saw an opportunity to enter a market that was heating up, primarily due to lockdown measures.

Investors have poured a total of $1.1 billion into the company, which is currently valued at $2.85 billion. One of its major backers is German grocery chain Rewe which works together with Flink on a strategic basis, allowing the service to tap into its warehousing infrastructure.

At one point during the summer of 2021, Flink and Gorillas even contemplated merging. However, they couldn’t come to terms with how to structure the ownership and leadership of the newly formed company.

As of today, Flink leases 140 delivery hubs in over 60 cities and is available in Germany, Austria, the Netherlands, and the United Kingdom. Additionally, over 2,000 people are employed by the company.

Amazon Prime members have access to Amazon Fresh, a grocery delivery service that allows you to have your purchases delivered to your door.

The service is available across 2000+ cities in the U.S. and the U.K., as well as in selected places such as Berlin, London, Milan, and Tokyo. As a result, it competes against Getir in a variety of locations.

Unfortunately, Amazon does not disclose much data about its Fresh business beyond the availability. Due to Amazon’s willingness to invest heavily into new business lines, it can be assumed that it will soon be a major player in the grocery delivery space.

One indication of that is the continuous opening of new Amazon Go stores, which are physical locations in which customers can purchase groceries and other types of essentials. Additionally, Amazon purchased Whole Foods in 2017 for $13.4 billion. The acquisition significantly expanded the availability of its service area in the United States.

While Uber Eats is primarily known for being a meal delivery service, its efforts in the (rapid) grocery delivery space are nothing to scoff at either. It first introduced grocery deliveries back in July 2020 during the height of the coronavirus pandemic.

So unlike Gopuff or Getir, Uber still relies on the warehousing network of Albertsons to pick up the groceries and deliver them to customers. However, one major advantage is the app’s popularity, which allows Uber to promote groceries and essentials within the app.

The Uber Eats business line remains one of the leading food delivery services on the planet. It is currently available in more than 6,000 cities across 45 countries.

Uber Eats generated $8.3 billion in revenue in 2021. The service, in addition, works with more than 600,000 restaurants. Uber does currently not disclose how much it makes from grocery deliveries specifically.

The firm’s first experiment with grocery delivery started back in 2017 when it partnered with startup Quiqup to offer one-hour deliveries across London. However, it soon decided to tackle the last mile delivery problem on its own.

In May 2021, it unveiled its own delivery service dubbed Whoosh. Tesco recently announced that it plans to expand the service to over 600 stores by the end of 2022. Additionally, the firm partnered with Gorillas in October 2021 to also offer 10-minute deliveries to selected customers.

Tesco, in order to keep customers tied to the company, offers a membership called Clubcard Plus (similar to Amazon Prime). The program grants them a plethora of benefits including in-store discounts or free deliveries for thousands of essentials and groceries.

Glovo is the leading meal delivery service in Spain and has used that clout to expand into 25 countries – and entered the grocery delivery in early 2021. It operates dozens of dark stores across Spain and Portugal where it competes against Getir.

It doubled down on the business by acquiring Madrid-based Lola Market and Portugal’s Mercadão for an undisclosed sum in October. A few months later, in January 2022, it purchased Ukraine’s leading grocery delivery platform Zakaz.ua (it still fulfills orders across multiple war-torn cities in the country).

Those businesses were acquired using the $1.2 billion in funding that Glovo has raised thus far. The company works together with over 70,000 couriers, partners with 130,000 restaurants, and has 15 million active customers.

Bolt is the European counterpart to Uber. It started out as a ride-hailing platform but has since expanded into all kinds of delivery-related business lines. Since September 2021, it also operates dark stores under its Bolt Market brand.

The company promises to deliver essentials and groceries within 15 minutes. Customers can pick and choose from over 2,000 products.

Bolt certainly has the necessary capital to make a dent in the market. It has raised $2 billion in funding thus far.

Bolt is operating in over 300 cities in 45 countries in Europe, Africa, Western Asia, and Latin America. As a result, it has the necessary brand recognition to be able to expand its grocery delivery business into new markets rapidly.