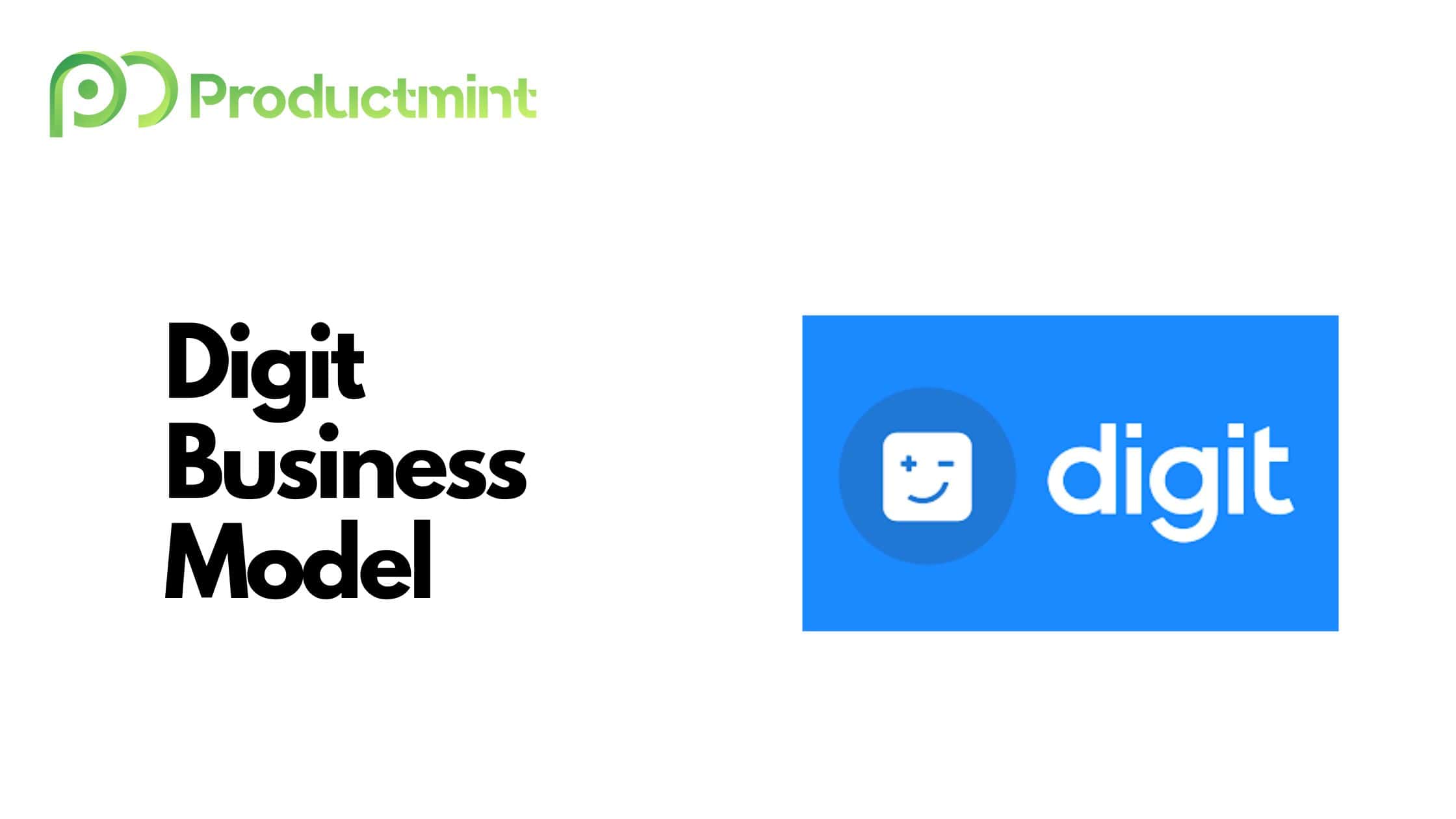 Digit is a FinTech company providing an app that is automatically saving and investing money on its users’ behalf.

Founded in 2013, Digit has become one of the leading personal finance platforms in the United States. The company has raised over $66 million in venture capital funding thus far.

Digit is a personal finance application that helps users to save money, budget their funds, invest, and pay off debt.

To use Digit, users simply download the app via Apple’s App Store or Google’s Play Store. They must then link their bank account to the Digit app.

Digit is compatible with over 2,500 banks and credit unions. The service, right now, can only be accessed from the United States.

The app analyses data points such as the user’s account balance, recurring invoices (such as electricity or internet bills), income (for instance from employment), and spending habits.

Digit then comes up with a savings plan and automatically transfers money from the user’s bank into the Digit account. Funds are secured by the FDIC for up to $250,000 and $500,000 by the SIPC.

Additionally, Digit offers overdraft protection which ensures that the user’s account won’t go into the negatives.

Digit’s most frugal users can also earn additional cash when saving. When you use the service for three consecutive months, Digit rewards you with a 0.10 percent annual savings bonus (automatically deposited into the Digit account).

Apart from saving money on people’s behalf, Digit invests some of the excess funds. It does so by setting up an Individual Retirement Account (IRA).

Lastly, members can spend the cash they hold in their accounts when using Digit’s physical debit card (powered by Visa).

A Short History Of Digit

Digit, headquartered in San Francisco, California, was founded in 2013 by Ethan Bloch who leads the firm as its CEO.

Bloch gained exposure to the world of entrepreneurship and finance at a very young age. When he was 12, he started a site called BlockHardware.com on which he was trying to sell China-imported video game parts online.

A year later, at age 13, he lost all of his $7,000 bar mitzvah money when day-trading during the tech boom in the early 2000s. Scarred by losing all of his savings, Bloch decided to pursue a career in finance to better manage his money.

In 2003, he enrolled at the University of Florida to pursue a degree in Finance. Bloch then joined Cake Financial post-graduation but was laid off three months into the job due to the financial crisis.

Since a crisis is a terrible thing to waste, Bloch eventually decided to take another run at this entrepreneurship thing.

In 2009, he launched Flowtown, a social media marketing platform that allows firms to communicate with their customers. He raised a little bit of money along the way, for instance from 500 Startups or Uber founder Travis Kalanick.

Three years later, in 2012, Demandforce announced that it would acquire Flowtown for an undisclosed sum. Bloch stayed on at Demandforce for a year and then added on another one at Intuit after it acquired Demandforce for $423.5 million in cash.

Eventually, the urge to build a business overcame Bloch once again. This time around, he wanted to go back to his finance roots and explore any potential opportunity that came along.

It ultimately took Bloch and his team around eight months to come up with the first version of what would become Digit.

Digit was unveiled to the public in late 2014. It launched as a text bot service that allowed users to communicate with it via SMS (and not a standalone app).

Around the same time, chatbots were all the rave. Tech entrepreneurs launched companies in hopes of being able to replace human labor with friendly chatbots aiding people in their everyday activities.

“There’s actually a short story of how she comes about. She actually surfaces to (get) Ender to do his taxes because he’s been traveling at light speed for hundreds of years and owes billions of dollars in back taxes,” Bloch told VentureBeat. “This is someone who saved the human race and can’t do his taxes, which I think is where we’re at today for all of us.”

In February 2015, a few months after its global unveil, Digit was finally released to the wider public after being in invite-only beta. At the time, the service was already growing 45 percent week-over-week, largely due to word-of-mouth.

A little over three months later, Digit raised an $11,3 million Series A round to fund the development of additional product lines and promotion of its product. One of the major product altercations was the introduction of a standalone iOS (and a few months later Android) app.

User behavior regarding its bot service was simply not catching up as expected. Additionally, competing services like Acorns were picking up steam and users. Other significant features that Digit introduced were the ability to pay for bills or pay back student debt.

After another significant funding round, namely $27.5 million raised in September 2019, Digit had the necessary firepower to start taking on bigger fish. In December 2020, the company announced that it would launch an auto-investing product.

The service, which puts money into a Roth or Traditional IRA as well as ETFs, would put Digit in direct competition with the likes of SoFi and Wealthfront.

Bloch’s hard work would ultimately culminate in Digit being acquired by Oportun in December 2021. The online lender paid $212.9 million ($98.5 million in equity and $114.4 million in cash) to snatch up Digit.

Today, over a hundred people are employed by the company in its San Francisco office. Users on Digit have saved a combined $7 billion to date.

How Does Digit Make Money?

The bulk of the revenue that Digit generates comes from the subscription fees that it charges to use its service.

The membership costs $5 per month and (just like any other modern-day subscription service) can be canceled at any time.

… and many more. Interestingly enough, Digit only introduced subscriptions in July 2017 after two years of operation. In the beginning, the subscription was costing $2.99 per month.

Prior to the business model change, its income was mainly derived from interest on the float (more on that later). In an interview with TechCrunch, Bloch emphasized that “it became really clear that Digit is something people would be willing to pay for.”

Digit, on average, helps users to save around $2,200 per year. Therefore, paying $60 in exchange for that service seemed like a good deal to the founders.

Competing platforms like Acorns or Dave have established a similar business model. The founders argue that it helps the platforms to avoid selling data or order flow and keep them free from ads.

As stated above, Digit offers a debit card in partnership with Visa. The card allows users to retrieve cash from ATMs or pay for goods and services, among other things.

Digit then generates revenue from interchange fees, which are paid by the merchants that accept those payments.

Interchange rates are dependent on a variety of factors, including the type of card (debit vs. credit), location, and what is being purchased.

Visa interchange rates in the United States are normally equal to around 0.50 percent + $0.10 in fixed fees.

Digit then has to split that revenue with Visa and Pathward, the issuer of the debit card. The exact revenue split isn’t disclosed to the public.

Interchange revenue is a common monetization tactic among FinTech startups. Companies like Chime do derive a substantial portion of their income from interchange fees.

Digit, just like any normal bank, uses the unused cash residing on its user accounts to generate interest income.

It deposits said cash into interest-bearing bank accounts on which it then generates income.

The company incentivizes users to keep their cash in its cash accounts by paying interest. Consequently, those interest fees are lower than what the firm generates from the cash it deposits.

Users can withdraw their funds from Digit at any time and free of charge. If, however, they are short on time, then there’s the option to receive your funds instantly.

Transferring money instantly back into your bank account costs $0.99 per transaction. The money normally arrives within 30 minutes.

According to Crunchbase, Digit has raised a total of $66.3 million across seven rounds of venture capital funding.

During the firm’s latest round of funding (Series C), announced in October 2019, Digit was assigned a post-money valuation of $277.5 million.

Unfortunately, this represents a down round from the $212.9 million that Oportun paid to acquire the company.

As a private corporation, Digit is not obligated to disclose revenue or profit figures to the public.