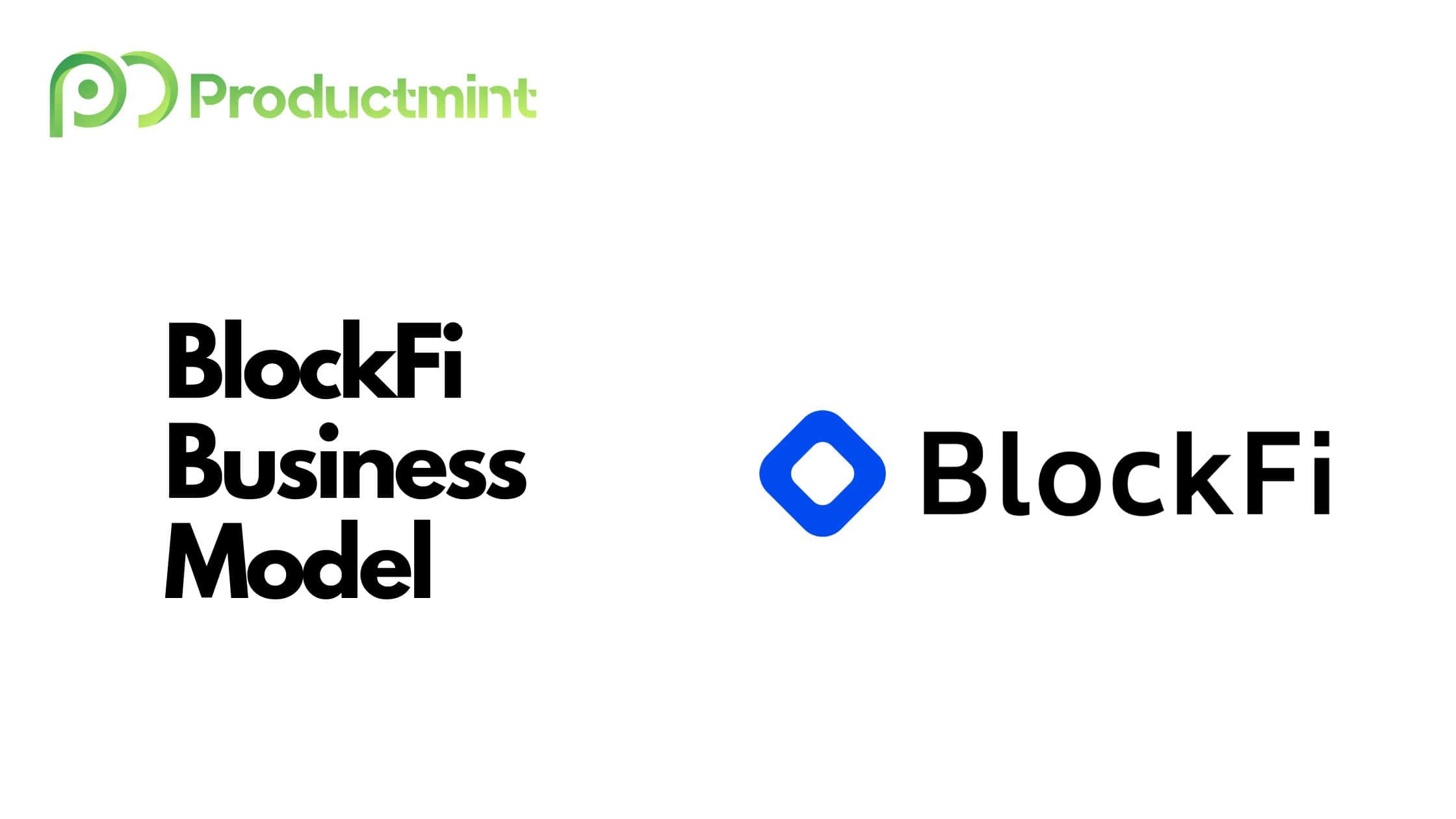 BlockFi is a financial services company that offers a variety of products and services, such as loans or commission-free trading, to retail and institutional investors.

Founded in 2017, BlockFi has grown to become a major player in the cryptocurrency space. The company has raised over $508 million in funding to date.

BlockFi is a FinTech company that enables users to buy and sell cryptocurrencies, borrow and lend out money, and soon spend it using its credit card.

BlockFi’s core product is the lending arm that allows users to earn interest on their existing crypto balances.

The money is then lent out to other crypto businesses who pay BlockFi interest on that cash – some of which is funneled back to the user. Lenders can earn up to 8.6 percent APY (annual percentage yield) on their crypto holdings.

Similarly, users can also borrow money (in the form of crypto) from BlockFi. The amount borrowed is dependent on the assets that the borrower currently holds in his or her BlockFi account.

Next, users can also trade cryptocurrencies on the platform. Available currencies include Bitcoin, Ethereum, Litecoin, or stable coins like Tether and USD Coin.

Currently, BlockFi is also working on a credit card product in cooperation with Visa. The card will allow users to make payments using their (crypto) account balance as well as earn cashback rewards.

BlockFi can be accessed by visiting the firm’s website or downloading its mobile applications (available on Android and iOS devices).

BlockFi, headquartered in New York City, was founded in 2017 by Zac Prince (CEO) and Flori Marquez (SVP of Operations).

Marquez, whose parents immigrated from Argentina in the 1980s, studied Economics at Cornell University. After graduating from college in 2013, she went on to work various positions in finance.

One of her employers was Bond Street, a company providing loans to small businesses. In 2017, Goldman Sachs acquired Bond Street alongside the firm’s employees.

Marquez, having this entrepreneurial itch, had other plans though. A few months prior, she met Prince who himself held various leadership positions in the world of finance.

Apart from his professional accolades, Prince was also personally invested in the cryptocurrency space. In fact, he made his first Bitcoin investment back in 2014 and began buying Ethereum in 2016 (one year after its inception).

Prince became so invested that he started joining local blockchain and cryptocurrency meetups to engage with other enthusiasts.

His lightbulb moment eventually came in 2017. Back then, the crypto rally propelled his asset holdings to unprecedented heights. As a result, he applied for a bank loan to purchase an investment property, using his crypto holdings as collateral. Unfortunately, the bank did not recognize them as a legitimate asset class and even accused him of being involved in some illicit activity.

Right after Goldman offered Marquez a highly lucrative job, she met with Prince to discuss an idea he just had. That idea and meeting eventually resulted in the inception of BlockFi.

After months of hard work, BlockFi launched into public beta in January 2018. BlockFi became one of the first companies that issued loans backed by bitcoin and ether to individuals and institutions. In fact, BlockFi worked much like a traditional bank in that it holds customer funds with a registered custodian and reports loan performance information to the major credit bureaus.

In the beginning, the service was available in 35 U.S. states. Soon after launching, the team successfully raised its first-ever round of venture capital funding, netting them $1.55 million from a variety of investors.

Being one of the first crypto loan services allowed BlockFi to grow like gangbusters in the early days. Soon after, in July, the company was able to raise a $52.5 million venture round. The capital injection allowed them to meet necessary capital requirements for further market expansion, increase the amount of money it lends out, as well as developing new product lines.

In March 2019, three months after raising a $4 million convertible note from Coinbase Ventures, BlockFi expanded its offering to include interest accounts. Weeks after the launch, client assets grew by $40 million to over $50 million. People from more than 50 countries signed up for BlockFi to open an account.

Later that year, in December, BlockFi launched a crypto zero-fee trading product. The expansion of its product line allowed the company to grow annual revenues by twentyfold in 2019 alone. Furthermore, assets under management grew to over $650 million (up from the $50 million back in March). What was particularly impressive was that the majority of the firm’s growth came by virtue of organic referrals, meaning people recommending the service to each other.

Despite continuing growth well into 2020, the firm also experienced some setbacks along the way. In May, BlockFi was the subject of a data breach that exposed sensitive customer information. The firm was able to block access immediately after, thereby minimizing further damage. Furthermore, it hired Adam Healy as its first Chief Security Officer, an executive with over 15 years of experience in the field.

Despite expanding competition, BlockFi was continually able to acquire more users. By August, the firm was valued at $400 million after a $50 million capital injection. Over the coming months, the firm used its moat around borrowing and lending to build other financial products, including an over-the-counter (OTC) trading desk, a crypto trust, or even its own branded credit cards.

In fact, BlockFi’s growth playbook was (and still is) heavily inspired by financial services provider SoFi, one of the firm’s initial seed investors. SoFi started out with student loans and has since expanded into a variety of other businesses, including mortgages, personal loans, or checking and cash management products.

The strategy is to build a loyal user base around one core product. Normally, this product enables companies to collect a fair amount of data – in BlockFi’s loan product case, this included information such as credit scores or existing crypto holdings. That information was then used to launch the company’s interest account, its second product, which in turn informs the launch of successive products and services.

Continuous expansion as well as a heated crypto market propelled the firm’s valuation to $3 billion in March 2021.

Regardless, there were still some growing pains that the firm encountered. That same month, BlockFi accidentally sent over 200 bitcoins (worth around $60,000 each at the time) to users on its platform. That same month, a malicious actor began spamming BlockFi’s sign-up page with fake accounts while using offensive language.

Today, BlockFi employs close to 1,000 people across offices in the United States, Singapore, Poland, and the United Kingdom.

How Does BlockFi Make Money?

The majority of the revenue that BlockFi generates comes from the interest fees that are paid from the loans it issues as well as its interest accounts.

When borrowing money, users, as well as institutions, take on a USD loan using their crypto holdings as collateral.

Borrowers can use up to 50 percent of the value of their crypto assets as collateral. Money can be borrowed for rates as low as 4.5 percent APR.

The actual interest rate is dependent on the amount of collateral posted, the amount of money borrowed, the length of the loan, as well as a variety of other factors.

Similarly, BlockFi users can also open a so-called interest account. Users can earn up to 8.6 percent APY by lending the money to BlockFi.

The way BlockFi monetizes these accounts is by borrowing out the crypto to other institutions. BlockFi then collects interest fees on those loans – at an even higher rate than the one it pays to the account holder.

Lastly, BlockFi also makes money through withdrawal fees whenever a user wants to transfer their account balance out of BlockFi. The fees are listed here.

Back when BlockFi launched its crypto trading product (October 2020), it was advertised as commission-free.

However, while the company does not impose a percentage-based fee like many of its competitors, including Binance or Coinbase, trading on it nevertheless incurs hidden costs.

These costs are exemplified through the spread, which is the difference between the BUY and the SELL price.

Since all crypto trades are routed through BlockFi, the company is able to direct those trades to the highest bidder. Looking at the example above, if there are two separate traders willing to issue a BUY order at the same time, then the order will be assigned to the person paying the higher price.

Additionally, when its trading product was announced, BlockFi also stated that it would sell aggregated and anonymized user data to other firms. This data may then inform their own investment decisions about a given currency.

In February 2021, BlockFi launched its so-called Bitcoin Trust. Later on, it launched an Ethereum Trust and a Litecoin Trust.

The investment trust allows retail and institutional investors to have their bitcoin assets managed by BlockFi Management LLC, a wholly-owned subsidiary of BlockFi.

The trust will issue shares through private placements to investors who are accredited in their respective countries of residence. The trust’s value reflects what BTC is held by it minus expenses or other liabilities.

Bitcoin that is held in the trust will be custodied by Fidelity Digital Assets Services through an enterprise-grade custody solution, which has been purpose-built for institutional investments.

BlockFi Management LLC, the sponsor of the trust, charges a sponsor fee of 1.75 percent on the money invested.

In May 2021, BlockFi announced it would begin to mine bitcoin through a partnership with Blockstream.

BlockFi has deployed miners at the Blockstream mining facility in Georgia, USA. The company will be seeking to expand its services and diversify revenue streams by accumulating bitcoin on its balance sheet with access to over 300MW of power capacity there.

Traditionally, miners face many hurdles such as high capital investments (to purchase hardware), mining rig optimization, as well as energy procurement. Blockstream, an experienced mining operator, can provide the underlying infrastructure and therefore minimize risk for its partners.

BlockFi generates revenue by the bitcoins it mines and amasses. Depending on the agreement between the two companies, it may pay a portion of those mined bitcoins as a reward to Blockstream.

BlockFi, because of its extensive capitalization as well as explosive revenue growth, is also heavily invested in other businesses.

The firm’s most notable bet is its investment in the Grayscale Bitcoin Trust (GBTC). In February 2021, SEC filings revealed that BlockFi holds 36.1 million shares (equal to a 5.66 percent ownership stake) of the trust.

At the time of filing, those shares had a combined value of $1.7 billion. Interestingly enough, just days after the investment was revealed, BlockFi launched its own trust product (see above).

BlockFi then collects the delta between the trust shares and the underlying net asset value of the bitcoin held by the trust.

BlockFi has been using some of the cryptos it holds for customers to generate revenue with the trade. Given that the trust has a six-month lockup period, the investment can pose some major risk if BlockFi needs to access the funds for liquidity purposes.

According to Crunchbase, BlockFi has raised a total of $508.7 million across 11 rounds of debt and equity funding.

BlockFi is currently being valued at $3 billion after raising $350 million during its Series D round in March 2021.

The company simultaneously announced that it is now generating $50 million a month in revenue – giving it a revenue run rate of about $600 million.