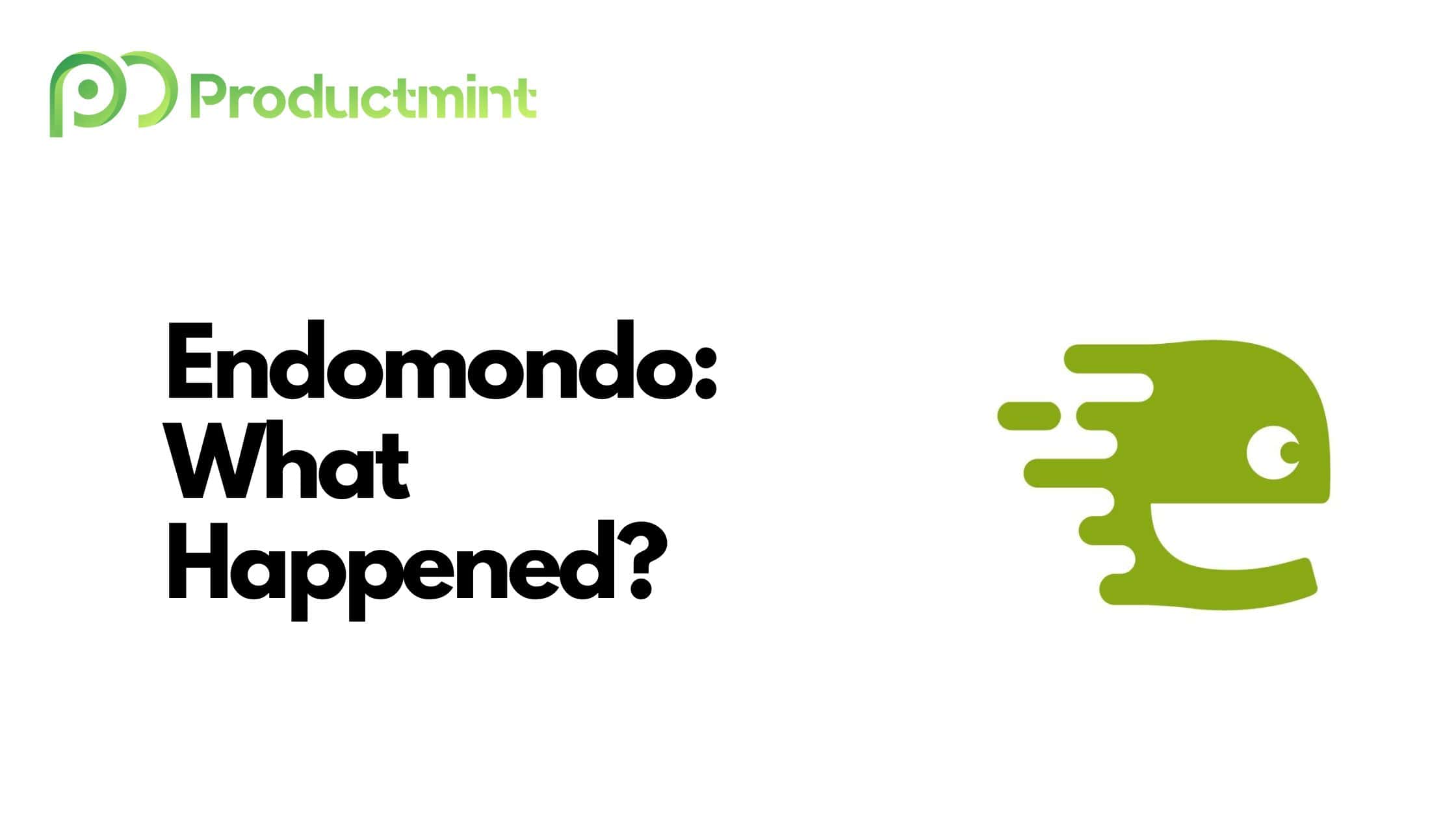 Endomondo is a fitness-based platform that allows its users to track, record, and analyse their workouts.

Endomondo was shut down because its owner Under Armour wanted to direct users to its own app called MapMyRun.

Endomondo is a fitness-based platform that allows its users to track, record, and analyse their workouts.

Using GPS, the app is able to track a variety of different activities including cycling, running, walking, and more.

Once a workout is concluded, the user will be presented with a dashboard that highlights data such as the time, distance, speed, calories burned, and other types of information.

The app keeps score of a user’s workouts, which allows them to track their performance for the above-mentioned metrics over time.

Endomondo, furthermore, enables trainees to set time, distance, or calorie goals on a per-workout or weekly basis. An audio couch is then accompanying the workout and providing feedback in real-time.

One of the key differentiators of Endomondo is its social aspect. Users can connect with other trainees, share their workouts, and even compete against each other.

The platform, furthermore, boasts a dedicated news feed section in which users can add pictures and tag friends. Workouts can also be shared on other social networks such as Facebook or Twitter.

Talking about integration, Endomondo accounts (and their associated data) can be connected to other platforms, for example, MyFitnessPal or Apple’s Health app.

While the core Endomondo product is free to use, it offers a premium version, too. Paywalled features, which can be accessed by paying a monthly/yearly subscription fee, include personalized training plans, weather information, interval training, advanced statistics, heart rate monitoring, and more.

The Endomondo platform can be accessed by downloading its mobile app (available on Android and iOS devices) as well as via sports-tracking devices like Garmin, Polar, or Fitbit.

Endomondo was officially shut down in December 2020. How it came to be, who’s behind it, and what ultimately led to its closure will be covered in the next few chapters.

What Happened To Endomondo?

The three founders, who all work out on a regular basis and even worked in the sports industry before, met each other during their time as management consultants at McKinsey.

Back then, the social media space was dominated by the likes of Friendster and Myspace while Facebook began to pick up more and more users.

As a result of the heightened adoption of social media platforms, more and more specialized social networks were launched.

The trio figured that trainees would appreciate and use something similar in the sports world. At the time, people were tracking their workouts via devices such as the Garmin or Nike iPod.

However, these devices had a few limitations. First of all, they did not offer any way of communicating with each other, which would mean that people would mostly track their workouts in isolation.

Additionally, some of those devices, such as the Garmin, had extremely steep price points (sometimes up to $500), which hampered adoption.

Lastly, smartphones, for the most part, did not adopt GPS tracking technology yet. Despite those severe limitations, the team remained dead set on following through with their idea.

In late 2007, they all took a leap of faith, quit their jobs, and used their savings to work on launching Endomondo. Even the looming financial crisis, which caused venture capital to dry up, didn’t stop the team from fulfilling their dream.

Luckily, fortune would soon be on their side. In June 2008, Apple introduced the iPhone 3G, which for the first time boasted GPS technology. On top of that, it unveiled the App Store, allowing third-party developers to offer their apps on its platform.

This led to an explosion in app development, spurring the creation of platforms such as Uber. A few months later, in September, the team finally launched the Endomondo app for iOS and Nokia devices. They were essentially the first sports tracker app of its kind.

That timeliness (but also due to the hype that the App Store and iPhone as a whole ushered) allowed the team to raise a first seed round of $1.8 million during the launch month. The novelty aspect wouldn’t last too long, though.

Other competitors, soon after they launched the Endomondo app, would come up with competing products of their own. Examples include RunKeeper, MapMyFitness, Strava, Map My Tracks, and even Nokia, which launched a dedicated tracker app for its devices.

Over the first two years, the app was growing at a fairly small pace, in large parts because GPS adoption and smartphone penetration were still in their nascent stages. But as always, time would eventually be on the team’s side.

By the fall of 2010, powered by news media coverage from the likes of TechCrunch, growth began to skyrocket. In October, Endomondo managed to cross the one-million-download mark while boasting close to 500,000 registered users.

The exponential growth was rewarded with yet another funding round of $800,000 in December. The funding, furthermore, allowed the team to launch apps for other platforms such as Android, RIM, the Windows Phone, and more.

Additionally, the team began to unveil more and more social features, for example by automatically scanning and importing contacts from your phone who use the app as well.

Along the way, the team also had to get creative. Co-founder Lykke, who had taken over from Birk to become Endomondo’s CEO, even sent letters to the likes of Apple explaining how Endomondo worked and why trainees loved the app. This eventually prompted those companies to feature and promote Endomondo within their app stores, which further accelerated adoption.

By September 2011, Endomondo had grown to five million downloads. This prompted SEED Capital, one of its main backers, to pour another $2.3 million into the company. The team capped the year off by winning ‘Best Sports, Leisure or Health Startup’ at the European Tech Startup Awards.

In early 2012, Endomondo finally began to generate money as well. It unveiled a pro version of its app, which would cost $3.99 to download (and later be switched to a monthly subscription model). Endomondo, nine months after hitting five million downloads, managed to double that number to ten million by June.

One of the keys to its continuous progress, apart from a growing smartphone adoption, was its integration with Facebook’s timeline. Trainees could share their workouts on the social platform, which in turn increased Endomondo’s reach and thus brought in new users in return. In fact, its users shared more than 50,000 workouts per day on average.

SEED Capital, once again, liked what it saw and decided to invest another $925,000 in October. Back then, raising capital from American investors was substantially harder, which forced the team to resort to seeking money from local investors such as Copenhagen-based SEED Capital.

In October 2013, it crossed yet another inaugural mark by hitting 20 million users. This meant that Endomondo, at the time, was one of the world’s leading fitness tracking apps. Its premium version, furthermore, allowed the company to hit profitability by the beginning of 2014.

Over the coming months, the team was particularly invested in enhancing its premium features and introducing new ones to further increase revenue. Endomondo, furthermore, announced integrations with the likes of Pebble (July), Garmin (August), or Apple’s Health app (September).

It, therefore, was not really surprising when, in February 2015, sports giant Under Armour announced that it agreed to purchase Endomondo for $85 million. In that same announcement, Under Armour also disclosed that it would purchase MyFitnessPal for $475 million.

While co-founders Birk and Jønck departed from Endomondo post-acquisition, Lykke went on to serve as Under Armour’s Vice President of Connected Fitness for its international markets.

The acquisition of Endomondo also represented a wider trend in the industry. Many of its competitors would be snatched up by larger sports enterprises. Adidas, for instance, purchased Austria-based Runtastic for a whopping $240 million in August of the same year.

Over the coming months, Under Armour was primarily busy with integrating its newly purchased apps. In July, for example, it made food data from MyFitnessPal accessible to Endomondo users.

Unfortunately, Under Armour seemed to not really know what to do with those apps. Consequently, the speed at which Endomondo churned out new features greatly decreased.

Those struggles became particularly evident in April 2017 when Under Armour laid off around two dozen employees in its Connected Fitness unit, most of whom were working for Endomondo. Co-founder Mette Lykke departed alongside those furloughed employees and became the CEO of the Danish food marketplace Too Good To Go.

Over the coming years, coverage about Endomondo literally plummeted to zero. While the app continued to boast a fairly active userbase, it would soon be overtaken by competitors such as Strava.

In October 2020, Under Armour ultimately admitted defeat when it announced that it would shut down Endomondo by the end of the year (December 31st, 2020). At the same time, it sold MyFitnessPal to Francisco Partners for $345 million.

Why Was Endomondo Shut Down?

Endomondo was shut down because its owner Under Armour wanted to direct users to its own app called MapMyRun.

When Under Armour acquired Endomondo for $85 million back in 2015, its goal was to utilize the app to inform its own product creation decisions. Additionally, it could promote its own sportswear within the app.

Under Armour, furthermore, failed to turn the app into a profitable business. Instead, in order to diminish losses, it was forced to lay off dozens of employees along the way. Competing apps such as Strava were also able to snatch away Endomondo users, which further accelerated Endomondo’s decline.

Focusing its efforts on its sister app MapMyRun, which is explicitly branded as an Under Armour app, could in theory strengthen its brand and further expand Under Armour’s reach. Adidas, for example, underwent a similar initiative when it rebranded its Runtastic app (now called adidas Training by Runtastic).