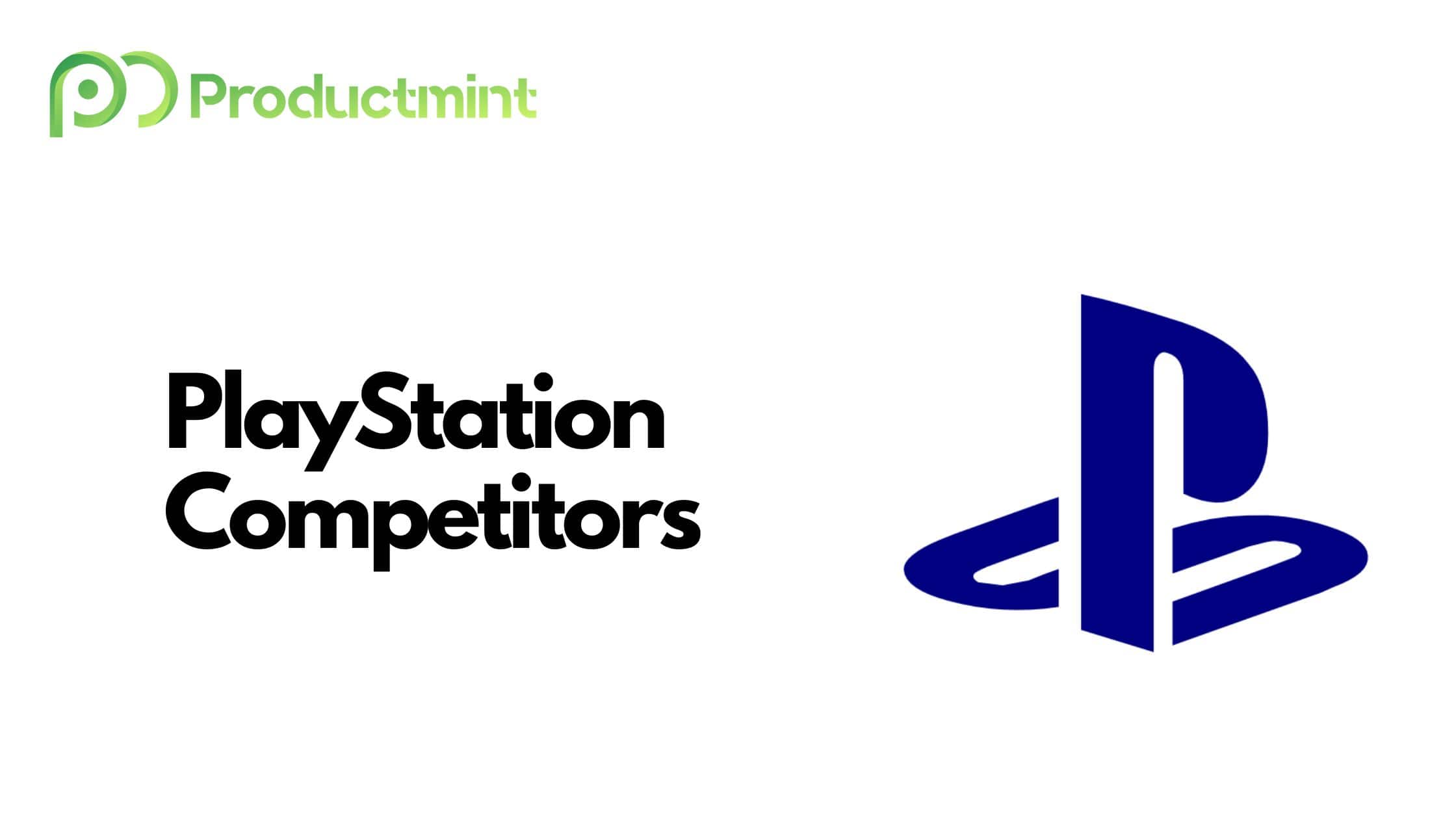 The PlayStation is a device that allows people to play video games as well as consume media, communicate with others, and so forth.

Ken Kutaragi, a Sony executive also known as “The Father of the PlayStation” and the manager of one of the corporation’s hardware engineering groups, invented PlayStation and introduced the world of games to us in 1994.

On December 3, 1994, Sony made the first PlayStation available to consumers in the Japanese market. It is the very first home console in the history of the industry ever to sell more than 100 million units around the globe.

In November 2020, Sony released the fifth and most recent version of the PlayStation, which has gone on to sell over 21 million units as of today. The launch of PlayStation 6 is anticipated to take place somewhere around the year 2026.

In order to create CD accessories for Nintendo’s console, Nintendo teamed up with Sony. The agreement was revealed by Sony on stage at CES, and the very following day Nintendo stated that Philips will be their CD attachment partner in place of Sony. Abandoning Sony at the moment might not seem like such a brilliant idea, but back then, Sony wasn’t much of a player in the game industry and Nintendo was a household name.

PlayStation 3 was the only PlayStation that was launched after one year of the previous launch. It was small, slim, and easy to carry whereas the previous generations were substantially bulkier. The PS3 shipped a total of 87.4 million units in 11 years and it was discontinued in 2016. Lastly, the fourth generation PS4 has been sold over 117 million times.

Some of the most successful titles the PlayStation has seen include Grand Theft Auto V (close to 20 million sales), Red Dead Redemption 2 (also developed by GTA publisher Rockstar Games), Tekken, The Last Of Us, Uncharted (which has recently been turned into a movie), and more.

For the fiscal year 2021, Sony’s PlayStation division pulled in $24.87 billion in revenue on profits of $2.63 billion. However, this figure also entails subscription fees (PlayStation Plus) as well as its own game sales and commissions from selling games via the PlayStation Store.

In recent news, Sony is being sued for $5.9 billion by consumer rights advocate Alex Neill. The plaintiff claims that Sony is overcharging customers and abusing its position as the primary seller of PlayStation games by selling overpriced games and in-app purchases.

Additionally, Sony had to grapple with global supply chain issues and chip shortages, which it believes will last well into 2024. Due to component constraints, it had to significantly reduce its sales forecast for the upcoming quarters.

The methodology with which the competitors of PlayStation are ranked is based on publicly available data. Information such as sold consoles, annual revenue figures, most successful games, and anything in between will be considered.

Competitors from all over the world will be taken into account. It has to be noted that this analysis should not be seen as an endorsement of either service. It is merely a summary of the competition that PlayStation faces today.

So, without further ado, let’s take a closer look at the top 5 competitors of PlayStation.

The current generation is dubbed Xbox Series X/S and was released in November 2020. So far, Microsoft has sold around 12 million consoles versus the 21+ million that the PS5 has managed to sell.

Xbox is the brainchild of Kevin Bachus, Ted Hase, Otto Berkes, and Seamus Blackley. It took 20 months to launch the first Xbox console, which eventually sold 24 million units over the course of its lifetime.

The first Xbox gaming console, simply known as Xbox, was released in 2001. The follow-up version, Xbox 360, was released in 2005 to compete with the PS3 and is Microsoft’s most successful console to this date, selling over 84 million units (compared to the PS3’s 87.4 million).

Meanwhile, Halo 2, which was exclusively released for the first-gen Xbox, became the console’s highest-grossing title. It sold close to 8.5 million units. Interestingly, its predecessor (Halo: Combat Evolved) is the second-most successful title with 5 million sales.

In 2021, Microsoft generated $16.28 billion in revenue from its gaming division, a majority of which comes from ‘Content & Services’, which encompasses game sales, subscriptions, and so forth.

Hardware revenue, namely the sales of Xbox Series X/S, accounted for $3.7 billion (an increase of over 63 percent from the year prior, which is hardly surprising given that the console was released in late 2020).

The Nintendo Switch is a hybrid console since it is a tablet that can be docked and used as a home console or transported with the user. Its wireless controllers can be linked to either side of the console, allowing for handheld gameplay.

For user input, motion detection, and haptic feedback, they contain basic buttons and directional joysticks. They may also act as a conventional home console controller when coupled with a grip device, or they may be held in the hand like the Wii Remote and Nunchuk to support local multiplayer scenarios.

It is the first hybrid gaming console with an integrated controller locator, meaning customers can either play on a large TV screen or just use the device while on the go. Gamers can also play sitting next to each other by connecting their respective Switch screens.

The Switch is one of the most successful consoles in history, recording over 111 million lifetime sales thus far. Exclusive titles such as Mario Kart, Animal Crossing, Super Smash Bros, Pokémon, and Zelda have all contributed to the console’s success.

Nintendo certainly knows how to get consumers to purchase its consoles. The firm is responsible for some of the world’s most successful devices including the Nintendo DS (154 million lifetime sales; 2# most successful console in history), the Game Boy and Game Boy Color (118 million), and Wii (101 million), among many others.

Alienware is a Dell subsidiary that makes computers, desktops, notebooks, media centers, professional and recertified systems, and gear shop accessories. Their focus is on gaming PCs and laptops, which are distinguishable by their alien-themed appearance.

Nelson Gonzalez, Frank Azor, and Alex Aguila are the three friends who founded Alienware in 1996 as Saikai of Miami. Former employees claim that the founders’ love of the popular television show ‘The X-Files’ is what led to the name “Alienware,” which also served as the inspiration for product lines with science-fiction titles like Area-51, Hangar 18, and Aurora.

Since 2002, Dell had explored purchasing Alienware, but it wasn’t until March 2006 that the firm received Dell’s approval. As a subsidiary, it maintains control over its marketing and design while gaining access to Dell’s supply chain, scale economies, and purchasing power, which reduced operational expenses.

Though there is very little to no data about the business side of Alienware like the number of sales and units sold, Frank Azor, Alienware and XPS chief over at Dell, revealed to the public in 2018 that the company’s income from its gaming sector has reached $3 billion (including XPS revenue as well).

The Oculus Quest VR headset is developed by Oculus. It was released in May 2019 by Facebook, which acquired Oculus for $2 billion back in 2014 and is now known as Meta. It is a standalone device with an Android-based windows OS that can run games and apps wirelessly, just like its predecessor, the Oculus Go.

Instead of using external sensors, it uses internal sensors and a number of cameras on the front of the headset to enable position mapping. The “Passthrough” safety function, which displays a sight from the webcams when a user leaves a designated border region, also makes use of the cameras.

Founder Palmer Luckey got fired from Facebook as a result of the controversies surrounding his political contributions as well as his monetary support of far-right groups and online trolls. Soon after, he founded a defense technology company called Anduril Industries, which focuses on autonomous drones and sensors for military applications.

The current console, dubbed Meta Quest 2, was unveiled in September 2020 during Facebook’s Connect 7 event. In 2021, Meta sold around 10 million Quest 2 headsets, thus beating out other device manufacturers such as Sony or HTC.

However, the virtual reality division remains a huge money burner for Meta as of now. Allegedly, the social media giant’s Reality Labs division loses almost $ billion every month. Even a recent price increase of 25 percent for the Quest 2 isn’t going to stop the bleeding any time soon.

Valve created a portable gaming device called the Steam Deck. The Steam Deck functions similarly to the Nintendo Switch in that it may be played handheld or by hooking up to a display.

The console itself comes with built-in gaming inputs that can play every game in the Steam catalog, consisting of Windows PC games thanks to the Linux-based Proton compliance layer. Users can install other compatible games or other operating systems on the system because it is an open platform.

While PS5 boasts exclusives, a longer lifespan (and support from Sony), a slightly stronger hardware setup, and handheld compatibility, Steam Deck has a larger catalog and VR functions.

The larger catalog of games is because Valve, the creator of the Steam Deck, also operates the namesake game store Steam. Over 50,000 titles are available on Steam, many of which were playable when the Steam Deck launched in February 2022.

Valve itself also publishes games, most notably the Counter-Strike series, which attracted tens of millions of players. Other hits, some of which date back a few decades, include the Half-Life and Portal series as well as Team Fortress.

The Steam Deck now has reservations available in Japan, South Korea, Hong Kong, and Taiwan, which is the first significant expansion of availability since the product’s debut. The Steam Deck was formerly exclusively accessible in North America, select regions of Europe, and the United Kingdom.

Due to problems with the global supply chain, the launch of Steam Deck was postponed by two months. Components weren’t reaching manufacturing facilities in time due to a lack of materials, which ultimately led to delayed shipments and order backlogs.

While Valve does not disclose how many Steam Decks it has sold today, industry experts have speculated that it currently ships around 13,000 devices per week (equal to around 676,000 in annual sales). Production is expected to ramp up once the supply chain issues are fully resolved.