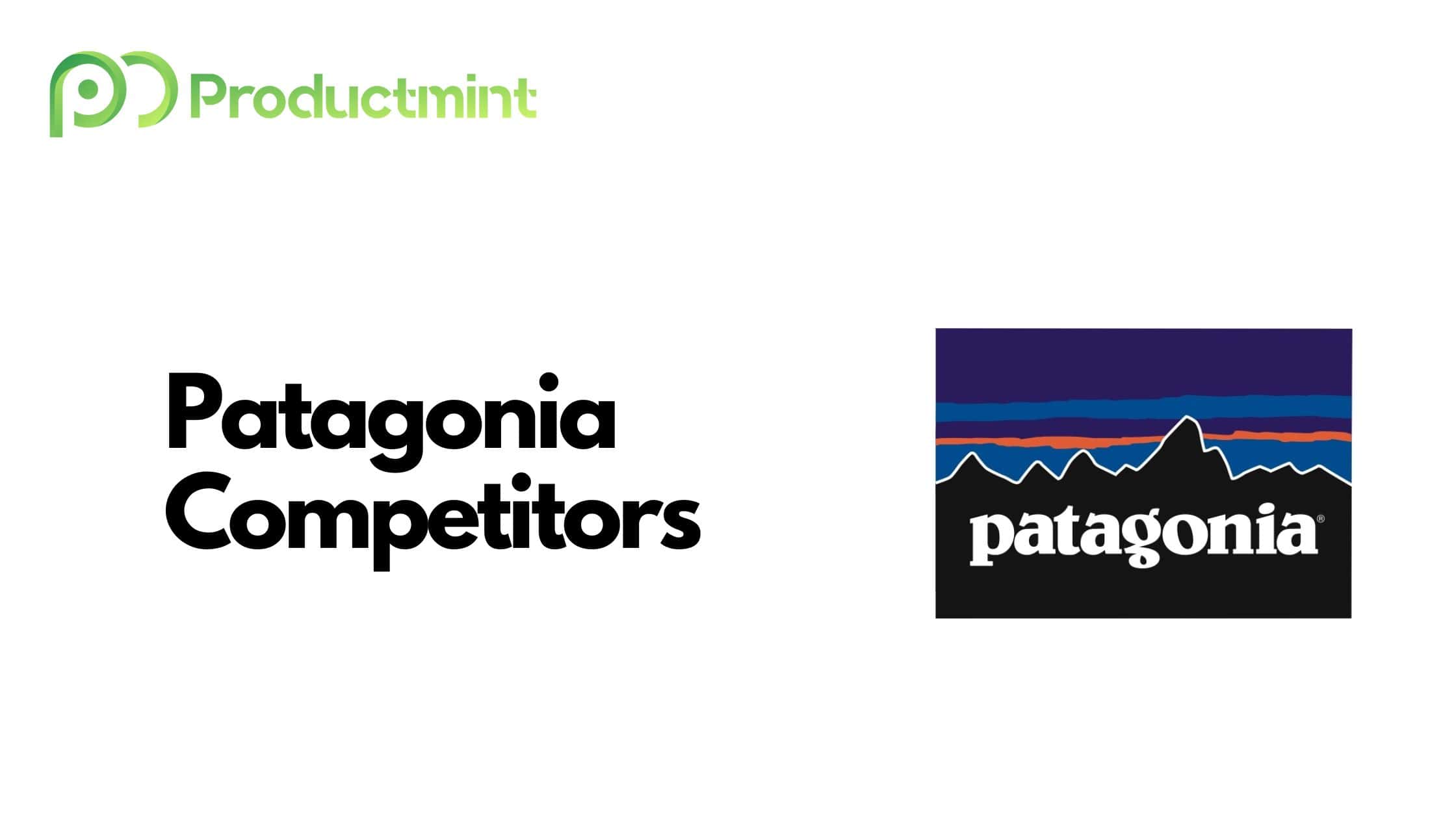 Patagonia is a manufacturer and wholesaler of outdoor-related clothing and footwear equipment. The company, which is currently headquartered in Ventura, California, was founded in 1974 by Yvon Chouinard.

What sets Patagonia apart from other brands in the industry is its almost manic commitment to sustainable practices. For example, it operates its own resell hub in which it restores and sells used clothing.

The company even ran advertising campaigns during which it pleaded with its consumers to take a day off from spending on Black Friday. Moreover, Patagonia donates one percent of its profits to non-profit environmental groups. It has awarded over $140 million to noble causes thus far.

And because Patagonia remains in private ownership, it can get away with compromising profits and instead focus on maximizing its environmental and societal impact.

So far, this strategy hasn’t turned out too bad. The company generates around $1 billion in annual revenue according to various estimates. Its more than 2,000 employees are responsible for managing the firm’s 70 retail locations across the world.

The methodology with which competitors of Patagonia are ranked is based on a plethora of factors. We take data such as the revenue generated, products sold, number of employees, valuation, and anything else that’s relevant into account.

This analysis should not be seen as a purchase recommendation. It is merely a summary of all the competition that Patagonia faces right now. In order to ensure comparability, we only look at competitors that are primarily known for producing outdoor apparel.

So, without further ado, let’s take a closer look at the top 12 competitors of Patagonia.

Columbia Sportswear is one of the leading brands in the outdoor sports industry. They continue to remain on top in terms of sales numbers and revenue.

Columbia started out selling hats but soon expanded into other clothing items. Today they sell over 5,000 different styles to customers around the world.

Its continuous growth allowed it to go public in 1998, raising around $100 million in the process. It is now valued at close to $6 billion.

For the fiscal year 2021, Columbia Sportswear generated $3.1 billion in revenue, up 25 percent from the year prior. Profits rose by a whopping 445 percent to $450.5 million. Its profitability has allowed the company to employ over 10,000 people.

It has to be noted, though, that the above-mentioned revenue and profit numbers also entail Columbia’s other brands it owns such as Sorel, prAna, and Mountain Hardwear.

The North Face, founded by husband-and-wife duo Douglas and Susie Tompkins (who later also founded fashion brand Esprit), has been behind some of the most iconic designs in the outdoor industry.

Most notably, its Base Camp Duffle, as well as Mountain Jacket, are often used by professional mountaineers to climb the world’s most challenging mountains (the firm’s name is derived from the northern side of a mountain, which is normally the coldest and toughest route to climb).

The Tompkins already sold the business in 1970 to businessman Kenneth “Hap” Klopp. In 2000, VF Corporation paid $25.4 million to acquire the company, which it owns to this date (alongside brands like Dickies, Eastpak, Supreme, Timberland, and Vans).

For the fiscal year 2021, The North Face generated $2.5 billion in revenue. It operates more than 200 stores across the world and employs close to 3,500 people.

Random side note: Douglas Tompkins unfortunately (and somewhat ironically) died in 2015 during a kayaking trip in Patagonia, Chile.

Its now-famous jackets have also been part of some impressive excursions such as being used at Antarctica’s McMurdo Station or when Laurie Skreslet became the first Canadian to summit Mt. Everest.

Canada Goose is a premium outerwear brand catering to wealthy consumers looking for high-quality clothing. Despite that, it has managed to become one of the best sellers in the outdoor industry.

In 2013, Bain Capital acquired a majority stake in the company, which went public in March 2017, raising $250 million in the process.

For the fiscal year 2021, Canada Goose generated $903.7 million in revenue, slightly down from the $958.1 million it recorded the year prior. It is currently valued at around $2.5 billion. Canada Goose only operates 20 retail stores but employs over 1,500 people.

Salomon made a name for itself by producing and selling ski binders. By the mid-1970s, it became the world’s leading binding brand.

The company eventually expanded into alpine boots and other types of outdoor equipment. Its first clothing line was released in 2001 and officially marked the shift towards Salomon becoming a fashion company.

Salomon was purchased by Adidas in 1997, then sold to Amer Sports, which also owns Arc’teryx, Atomic, Wilson, and other brands, for €485 million in 2005. Adidas abandoned its ski equipment and clothing lines when it sold Salomon.

The company currently employs close to 3,000 people and has 190 retail locations across the world. Unfortunately, Amer Sports was delisted in late 2018 after being sold to Anta Sports, which means it does not file income reports anymore. As a result, revenue and profit numbers for Salomon are currently not available.

Another one of the leading outdoor brands that originated outside of North America is Germany-based Jack Wolfskin.

For the first 12 years of its existence, Jack Wolfskin had only supplied other specialist stores. In 1993, it opened its first store.

For the fiscal year 2021, Callaway, which also has its own namesake brand focused on golf and owns other brands like Odyssey, generated around $3.1 billion in revenue. Of that, $817 million can be attributed to the ‘Apparel, Gear and Other’ segment, which includes the Jack Wolfskin, TravisMathew, and portions of the Callaway brand.

Moreover, Jack Wolfskin employs over 1,400 people who are mostly employed across the European region where its brand is the strongest. It, furthermore, operates close to 500 retail stores.

After founder Leon Leonwood Bean returned from a hunting trip with cold, damp feet, he came up with the idea for a boot that would combine leather uppers with rubber bottoms. Ironically enough, the first 90 out of 100 pairs were sent back by customers as the bottom rubber separated from the leather top.

Luckily, the founder and company prevailed and, throughout the years, was responsible for some iconic product designs such as its Zipper Duffle or Norwegian Sweater. The company, despite Bean’s death in 1967, remains in family ownership to this date.

Another Amer Sports-owned property is Arc’teryx, which got its name from the Archaeopteryx lithographica, the first reptile to develop feathers for flight (i.e., the first bird).

Arc’teryx started out by selling Gore-Tex jackets to ambitious climbers and mountaineers, but now they make a whole range of gear for people who spend time in the outdoors.

Arc’teryx was actually sold to Salomon in 2001 and switched hands two more times after the Amer Sports and Anta Sports purchases went through.

The company currently operates 75 stores across the world, employs over 1,500 people, but unfortunately does not disclose revenue numbers as of today.

REI, short for Recreational Equipment, Inc., is a co-op that was started after the Andersons imported an Akadem Pickel ice axe from Austria to partake in The Mountaineers Basic Climbing Course. They then set up a co-operative to aid other outdoor enthusiasts to purchase quality equipment.

The Andersons managed to recruit 21 of their friends who each paid $1 for a lifetime membership. That co-op has now grown to 20 million lifetime members, about 15,000 employees, and 168 retail locations which are mostly based in the United States.

Apart from offering other brands, such as The North Face or Patagonia, the company has also developed its own clothing line called REI Co-op. Owning one, if not the largest online shop for outdoors, consequently allows REI to push its own products.

Backcountry.com is one of the leading online retailers for outdoor equipment, which includes its own line of clothing and other brands, too.

The company’s ownership has changed many times, the latest being when it was sold to TSG Consumer Partners in July 2015. The sale price of the company has not been disclosed.

Certainly, the oldest company on this list, Helly Hansen has been designing and manufacturing clothes for close to one and a half centuries.

Sea Captain Helly Juell Hansen, together with his wife Maren Margrethe, began by selling workwear for long days at sea.

Helly Hansen now generates $400 million in revenue per year and employs over 1,000 people. The company’s ownership changed multiple times throughout its existence. Most recently, in May 2018, it was acquired by Canadian Tire Corp. for CA$985 million.

Marmot was founded by students of U.C. Santa Cruz who founded the Marmot Club, a social club for mountaineering enthusiasts.

The founders began by making parkas and sleeping bags in their dorm rooms, but they soon expanded to include other outdoor apparel. In 1976, they became the first outdoor apparel company to utilize Gore-Tex.

Newell generated $10.6 billion in revenue for the fiscal year 2021 but did not disclose how much of that could be attributed to Marmot. The company currently employs around 200 people and operates three retail stores.

KÜHL, a company that initially had the name “Alfwear”, is one of the few in this list to have managed to stay independent throughout its existence.

The company started out by selling ski hats but within less than a decade began to pivot into other categories such as jackets.

KÜHL, which employs over 200 people, works together with thousands of retail stores that sell its products. Apart from retail partners, KÜHL also sells its clothes online via its own website. Revenue numbers are unfortunately not disclosed by the company or third parties.

Apart from the brands mentioned earlier, there are hundreds of other companies in the outdoor apparel market that compete for the consumer’s attention.

There are a plethora of outdoor products that simply didn’t make the cut. These include brands like YETI, Fjällräven, Outdoor Research, and more.

Adidas, Nike, and Under Armour are great for sportswear but may not be known for their outdoor style. Adidas has a large outdoor clothing selection that includes shoes and other gear, for instance.

On top of that, direct-to-consumer brands like Cotopaxi have managed to secure tens of millions in venture funding to disrupt the market. These companies often only sell online, which enable them to improve margins.

Lastly, there are also many companies that concentrate on selling only one product (but doing that to perfection). For example, Forsake specializes in hiking boots while Osprey is known for its sturdy bags.

Patagonia’s single biggest competitive advantage is the brand power and customer goodwill that the company has been able to accrue over time.

Today, the company is known for its sustainable practices, long-lasting product lines, and positive environmental as well as societal impact.

This is probably best exemplified by the firm’s core values, which are to “build the best product”, “cause no unnecessary harm”, and “use business to protect nature.”

Despite donating one percent of its profits to noble causes, its founder and executive team have still managed to build a highly successful company.

One of the biggest indicators of Patagonia’s brand power is its ability to charge above-average prices for its products. Nevertheless, they are also often lasting for a very long time, which certainly aids the customer’s purchasing decision.