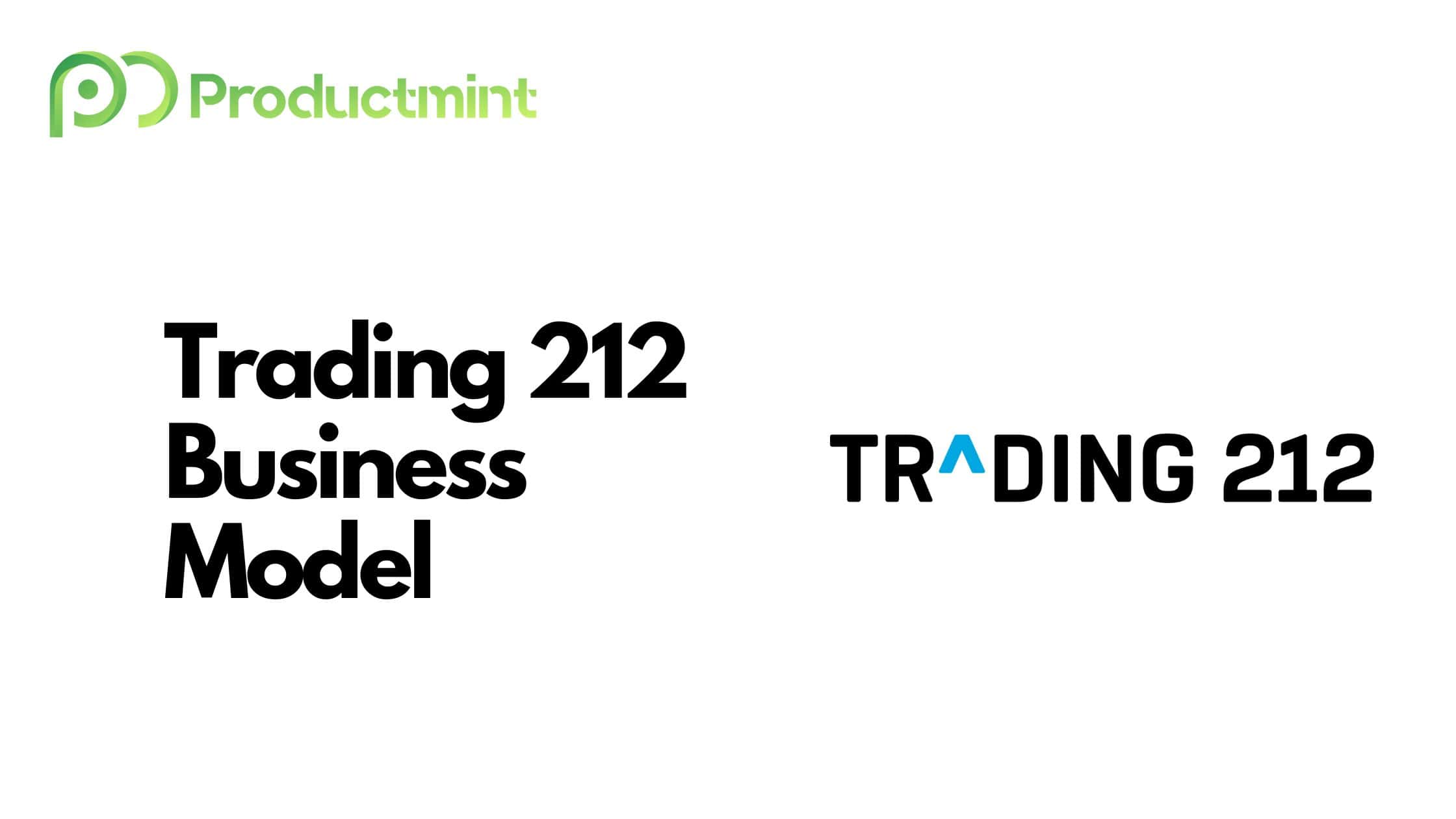 Founded in 2004, Trading 212 has grown to become one of the leading online brokerages in the European Union. Over 1.4 traders are now registered on the platform.

Trading 212 is split up into three distinct products, namely Invest, CFD, and ISA. With Invest, users can trade over 10,000 stocks and ETFs without paying commission.

Other features include the ability to invest in fractional shares or using the platform’s AutoInvest feature where users can set investment goals and have money invested on their behalf.

The CFD product enables users to trade contracts for difference (CFDs), which are essentially a bet on whether the price of a given financial asset will rise or fall. Data provided by Trading 212 suggest that 76 percent of all investors lose money when trading CFDs on their platform.

Users can trade forex, stocks, commodities, or indices with CFDs. Trading 212 provides various features to ensure losses are minimized, such as blocking accounts from going into negative balance or halt investments once they reach a certain loss percentage (known as stop loss alert).

Lastly, its ISA (Individual Savings Account) product is a tax-sheltered account, which allows users to put in their after-tax money. Any capital gains or dividends incurred in the account are tax-free. Trading 212 does not charge any administration fees to manage the ISA account.

The company, furthermore, provides a variety of educational resources via its own YouTube channel, community forum, or the firm’s blog.

Trading 212 is available in over 100 countries, including Australia, Germany, Netherlands, Spain, or the United Kingdom. Accessible features and products may vary depending on the country the user resides in.

Users can access Trading 212 products via the company’s website as well as by downloading its mobile phone apps (available on Android and iOS devices).

A Short History Of Trading 212

Trading 212, headquartered in London, United Kingdom, was founded in 2004 by Ivan Ashminov and Borislav Nedialkov.

The founders, both natives of Bulgaria, incorporated the company as Avus Capital and, quite literally, ran it out of their garage.

In the beginning, Trading 212 was launched as a forex-trading platform, allowing investors to buy and sell currencies (like the Euro or United States Dollar).

Not much is known about the firm’s early days, in large part because its founders bootstrapped the business without relying on venture funding – and the flashy TechCrunch reports that come with it.

The first public breakthrough came when, in 2011, Avus Capital was granted a brokerage license by Bulgaria’s Financial Services Commission. Up until then, the actual order execution was conducted by other partners.

In October 2012, Trading 212 made the first step towards becoming the trading platform it’s known as today. Namely, it launched its first-ever mobile application, allowing iPhone users to place trades through their phones. A browser extension was introduced a few months later.

While Trading 212 began to dominate its home market (and surrounding countries in the Eastern European peninsula), it soon had its eyes set on more lucrative destinations. In Europe, the United Kingdom is often considered to be the mecca of FinTech.

It, therefore, came as no surprise when Trading 212 (through Avus Capital) was granted regulation by UK authorities in October 2014. That same year, the company opened an office in London. At the time, more than 200,000 users were already trading on the platform.

In 2016, Trading 212 made its first foray into the United States with the launch of Tradebird, a social news platform providing crowdsourced news about the financial markets. Around the time of the launch, Trading 212 also became the most downloaded forex app in the UK.

That was only amplified when, in June 2017, Trading 212 disrupted the stock trading market (the company introduced the ability to trade stocks and cryptocurrencies via CFDs a few years prior) by becoming the first zero commission share trading platform in the UK.

In the beginning, it allowed users to make up to 10 trades per month free of charge (each trade could have a maximum volume of £10,000). Any number of trades above that threshold would incur a cost of £1.95 + 0.05% per trade.

A few weeks later, the company announced it would lift commissions on forex and cryptocurrency (which were added in February 2017) trades as well. In September 2018, Trading 212 eventually revealed that the 10-trade threshold would be lifted, allowing people to trade infinite amounts of stocks and other financial assets.

2020, in particular, proved to be a very positive year for the London-based company. Stay-at-home orders and government stimulus checks propelled trading volumes on many online trading platforms, such as Robinhood or Stash Invest, to new heights. Trading 212 was able to add over one million users in 2020, alone.

Despite the impressive growth (while being completely bootstrapped), Trading 212 also encountered a few roadblocks along the way. In November 2017, the company got under fire for halting the trade of Bitcoin (via CFDs), which led to traders not being able to cash out their gains.

The collective group of traders claimed to have lost around $13.2 million. Most of the affected traders settled with the company later on.

Then, in January 2021, Trading 212 was among the many trading platforms that buying activities on so-called meme stocks like AMC or GameStop. The company, furthermore, halted account creation.

The relentless money printing of 2021 and thus aggravated trading behavior enabled Trading 212 to double its profits. Meanwhile, in August, investors poured another £13.8 million into the business.

Today, more than 200 people are employed by Trading 212, which operates offices in various countries across the globe, including Bulgaria, Germany, or the UK.

How Does Trading 212 Make Money?

Trading 212, much like its competitors (such as eToro), generated most of its income from spreads.

A spread is the difference between the bid (SELL price) and ask (BUY price) for any given financial asset the user trades in. Spreads are applied whenever a user buys or sells an asset.

The trades were then executed via a back-to-back hedging agreement with a group affiliate that compensated Trading 212 for sending trading volumes its way.

However, since May 2021, Trading 212 manages all that trading volume by itself. Instead of receiving a referral fee from its affiliate partner, it gets to pocket the whole spread.

This also means that risk management becomes extremely important. After all, Trading 212 is the one that has to compensate traders if a highly leveraged trade pans out.

Trading 212 is using the shares that its customers own and lends them out to other organizations in exchange for interest.

The shares that it lends out are likely given to other trading platforms or hedge funds who may need to may be in short supply of a certain equity.

Users don’t need to worry, though. Trading 212 claims that there will always be enough stocks on its balance sheet that can be used as collateral.

However, given that it previously halted trading, that notion can at least be questioned.

Additionally, Trading 212 asks for US Treasury Bonds as collateral in exchange, which are held in a third-party account on behalf of the user.

If a user holds a CFD position overnight or through the weekend, this position needs to be financed to stay open.

Users, therefore, pay a quasi-interest on the money that Trading 212 lends out for the position to remain open.

The swap rate is dependent on a variety of factors, including the type of asset held (forex, stocks, etc.), the position itself (BUY vs. SELL), as well as the overall trading volume (exemplified by the amount and value of assets that are being held).

Interest swap rates can, furthermore, be affected by overall market conditions. If, for instance, an asset is deemed risky, the margin rate on it will increase.

A detailed overview of Trading 212’s swap rates can be found here.

In April 2021, Trading 212 introduced currency conversion fees. These conversion fees are applied whenever a user trades a stock or ETF in a currency different from his/her default account currency.

Trading 212 applies a currency conversion fee of 0.15 percent. Admittedly, the fee is still among the lowest when compared to other UK-based online brokerages.

The 0.15 percent fee is applicable for either the Invest or ISA account. With the CFD product, a currency conversion fee of 0.5 percent is applied.