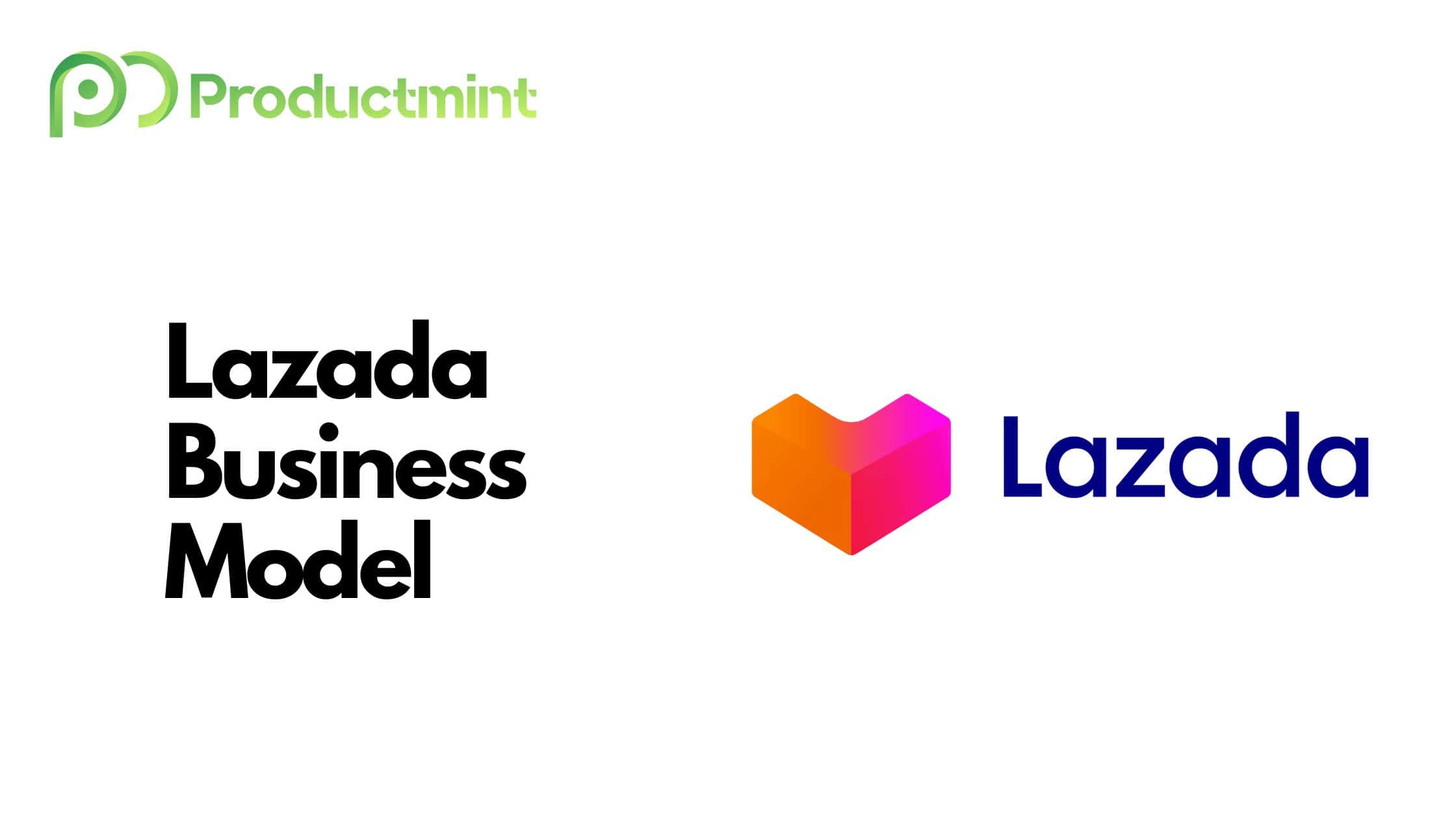 Southeast Asia’s online economy hit $100 billion for the first time this year according to Google and Temasek. By 2025, it is projected to triple that.

One of its major players is Singapore based Lazada. This article will cover how the company operates, its founding history and the various ways it makes money.

How Lazada Works And Operates

Lazada is a B2B2C marketplace model in which so-called merchants sell goods on their platform. The company offers products in some of the following categories:

In order to provide a seamless transaction for their customers, Lazada makes sure to handle the accompanying processes such as shipping, payment, or reclamations. Merchants therefore only have to focus on providing the relevant goods to the most appropriate customer demographic.

Consumers can choose to shop either on Lazada’s desktop website or any of the mobile applications. Additionally, their LazMall shop provides products, which have been authenticated for their legitimacy (as consumers in Asia often suffer from fake and/or poor products).

How Lazada Started: A Short History

If you thought Lazada was created by a local group of online entrepreneurs who just happen to have a knack for good branding, you’re wrong.

Lazada was founded in 2012 by German internet investment and venture building company Rocket Internet. Rocket is most notably known for its copycat business model. It thereby replicates (mostly US based) companies and starts similar firms in parts of the world where that very same business model does not exist yet.

Its operating model is characterized by picking high performers (from firms such as McKinsey or Goldman Sachs) and arming them with capital and expertise. One of their most famous investments is European e-commerce giant Zalando, a direct replica of US-based Zappos. However, back to Lazada!

The Lazada website launched in March of 2012. Its initial business model was to sell consumer goods such as clothing or electronics directly to potential customers (B2C). The company initially launched in Indonesia, Malaysia, the Philippines, Thailand and Vietnam.

In 2013, the company added the current marketplace model (B2B2C). This allowed third-party sellers to offer goods on their platform. By 2014, that part of the business accounted for over 70 percent of all spending on the platform. Additionally, Lazada launched in Singapore during the same year.

During the first years after its inception, Lazada’s focus lied primarily in accelerating its growth. Unsurprisingly, the company lost over $200 million in the first two years of operation alone. One of the key challenges Lazada faced (and still does) is the fact that Asian consumers often prefer shopping in one of the big local malls.

While growth remained impressive, losses piled up conversely. In addition, since Rocket is a public company bound to profitability, its investments in Lazada started to become unsustainable. Therefore, in early 2016, Alibaba decided to take a controlling stake in Lazada. It invested $1 billion to acquire 51 percent of the company.

In 2018, Lucy Peng, one of Alibaba’s co-founders, replaced Maximilian Bittner as raining CEO of the company. She stepped down from that role in December 2018. Pierre Poignant, one of Lazada’s co-founders, became her replacement.

Lazada has furthermore invested in and acquired various companies, which it integrates into its core platform. The most famous instance is the acquisition of Singapore based grocery delivery startup RedMart, which the company acquired in 2016.

How Does Lazada Make Money?

After investing billions of dollars into the business, what is Lazada’s plan to achieve a positive return on investment? Similar to its parent company Alibaba as well as Amazon, Lazada found a multitude of money earning channels. Let’s dive into them in more detail.

Similar to Amazon and eBay, Lazada offers a marketplace model in which merchants sell various consumer products on their platform. Lazada then takes care of the payment and shipment process (if seller is Lazada authorized).

Once a sale is made, Lazada takes a commission between 1 to 4 percent, depending on the product category.

LazMalls, in simple terms, is a more luxurious version of its core marketplace. As Lazada states, it “is a curated selection of leading international and local brands, top-rated online brands and authorized brand distributors.”

Furthermore, customers are guaranteed a 15 day return period and next day delivery. If merchants want to sell on this platform, they have to go through a screening process and fulfill certain criteria.

Lazada makes money by charging merchants a commission on every sale. It is capped at 5 percent.

Through the Top Up and eStore, customers can purchase top ups on their prepaid phones (creative, right?) and other services such as Spotify or Xbox.

Other offerings include, for instance, gift cards, insurance, or food and beverage coupons.

Commissions are not disclosed publicly, and most likely based on each individual agreement.

As previously stated, Lazada acquired grocery delivery startup RedMart back in 2016. As of today, the service is only available in Singapore.

Grocery delivery is often characterized by thin margins and high operational complexity. Hence, Singapore with its potent consumer base and advanced infrastructure is a logical market to enter. However, Lazada disclosed plans to launch in another city by the end of 2019.

Within its food delivery business model, Lazada and/or RedMart works together with existing grocers such as Adyen. It hereby takes a commission from the order basket as well as charging fixed fees for delivery.

Lazada’s LiveUp is an exclusive membership program, which allows consumers to save money on various services and at different partners. Examples include:

Other partners include the likes of Grab, Foodpanda, Agoda, or anywhr. Customers can either pay on a monthly or yearly basis.

As Lazada handles billions in Gross Merchandise Volume (GMV), a logical step is to invest in payment and financing solutions for both its customers and merchants.

Lazada achieves this by teaming up with other local players in the Fintech space. One example includes Lazada’s cooperation with Malaysian P2P lending platform Funding Societies.  The deal allows Lazada merchants to access various credit options to fund their business.

Another example is the recent partnership with Singapore based AsiaKredit. The collaboration enables Lazada’s customers to buy products on fixed monthly installments (similar to the business model of Klarna).

During their 7th year anniversary party, Poignant revealed what Lazada values and envisions going forward. As he stated, their mission and vision going forward is to “accelerate progress in Southeast Asia through commerce and technology.”

He added: “We are a SEA company and love the region and diversity which also brings a lot of complexity. We want to transform retail, both online and offline. And in the next few years, you will see more initiatives as we integrate with the offline world.”

Lazada’s goal is therefore not to be a simple platform for buying only, but offer technology, logistics and payment solutions to accelerate the growth of local businesses and consumers alike.

Additionally, they want to move away from a simple “search, click and buy” model towards creating a unique experience around the shopping process. Poignant referred to this as “shoppertainment”.

According to Crunchbase, Lazada has raised over $4.2 billion in 9 funding rounds. In April 2016, Alibaba acquired a 51 percent stake in the company, becoming the company’s controlling shareholder. During the acquisition, Lazada was valued at $1.5 billion.

A little over a year later, in June of 2017, Alibaba raised its stake in the company from 51 percent to 83 percent. This deal had the company valued $3.15 billion and required an additional investment of $1.5 billion.

In March of 2018, Alibaba injected another $2 billion, but did not disclose any valuations. In case you wonder: the 2017 and 2018 investments respectively have mostly been secondary market investments and therefore do not count against the overall money invested ($4.2 billion).

Regarding a potential IPO, no plans have been disclosed as of today. With Alibaba as a strong and solvent backer, there is certainly no financial need to go public. That is not case for its competitors, which we will cover in the next section.

Since Lazada is present in many consumer product categories, its competitors potentially range from fashion commerce shops like Zalora to electronics resellers like Harvey Norman. In order to keep things simple, only competitors with a marketplace model will be covered in this analysis.

Other competitors in the space notably include Carousell and Bukalapak.  We the latter, Lazada is said to be in talks regarding a potential merger. The joint company would instantly become Indonesia’s market leader.

Does Lazada Ship And Operate Internationally?