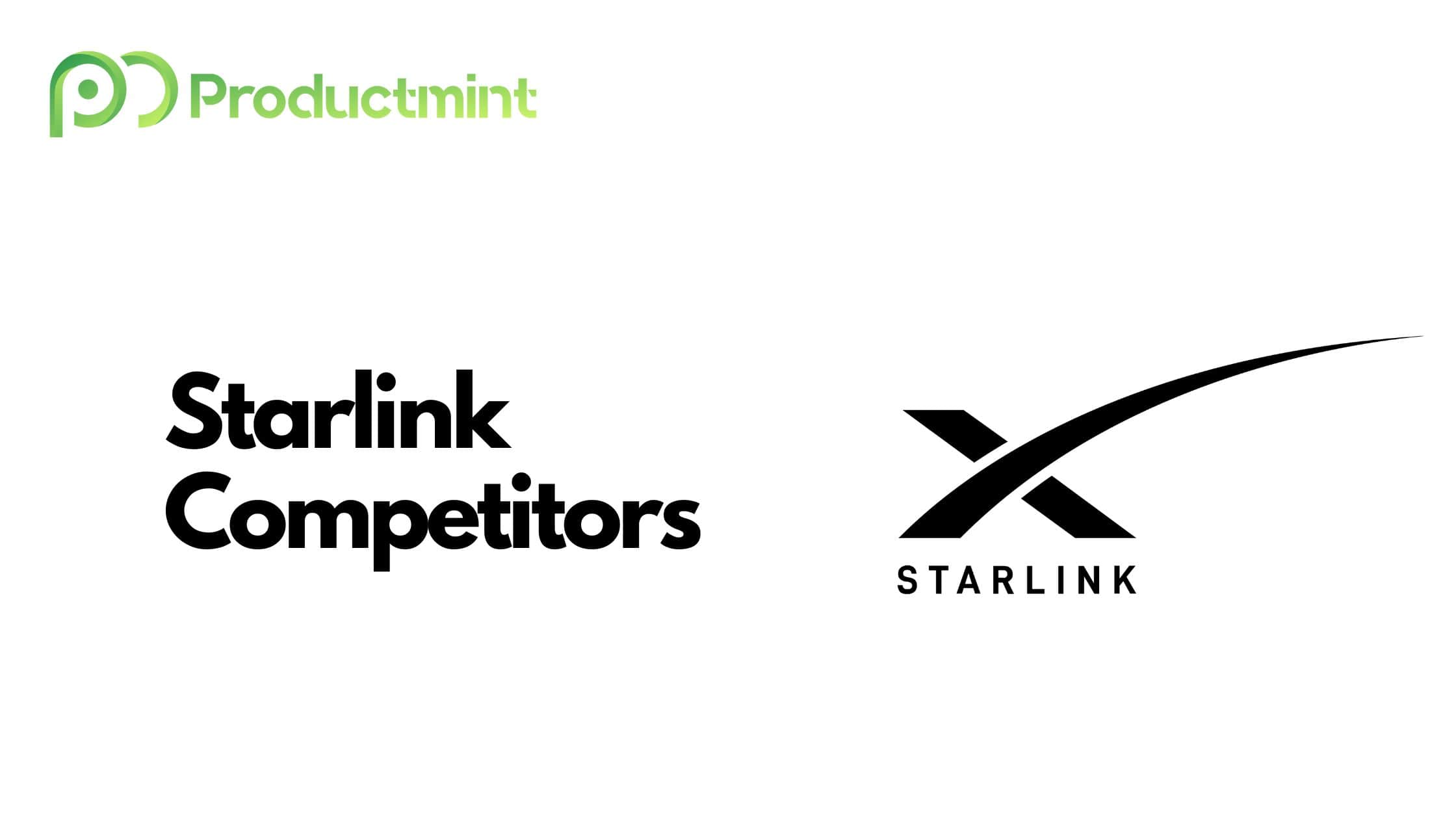 Starlink is an internet service provider that launches thousands of its own satellites into low-Earth orbit (LEO).

The company, which is headquartered in Hawthorne, California, was launched as a sub-division of SpaceX back in 2015.

Traditionally, access to the internet has been provided via fiber-optic cables, which must be physically laid down into the ground. The physical deployment of those cables, therefore, makes it hard to reach remote locations.

The people living in those remote destinations have thus relied on satellites to access the internet. However, past satellite constellations have been deployed far beyond LEO, which means that latency and speed were often subpar.

Past attempts of deploying mega-constellations in earth’s low orbit had failed due to the excessive costs of launching rockets into space. Luckily, and in large parts to SpaceX, deployment costs of rockets have substantially decreased over the past few years.

Additionally, the Covid pandemic has only accelerated the need for providing high-speed internet access to remote workers.

Lastly, about 37 percent of the world’s population has never accessed the internet according to data from the International Telecommunication Union, thus

And now Starlink is set to capitalize on those very same trends. SpaceX plans to eventually deploy over 40,000 satellites into LEO. For context, ‘only’ around 12,500 satellites have been launched into space throughout humankind’s history.

The closeness to earth as well as the vastness of the network is why Starlink promises to provide connectivity across the world by the end of 2023 (when enough satellites have been deployed).

Starlink customers pay a monthly fee of $110 on top of a one-time hardware cost of $599, which provides them with a satellite dish and router. Users can even download a Starlink-powered mobile app that utilizes augmented reality (AR) to determine the optimal location for setting up the hardware.

The company, in December 2022, reached the inaugural mark of 1 million subscribers. This would peg Starlink’s revenue at more than $1.32 billion a year (taking both monthly subscription and hardware installation revenue into account but excluding business and RV customers).

Its parent company SpaceX consequently makes money from Starlink as well as its launch services, providing research to other institutions, and selling merchandise.

SpaceX has launched ~ 3,300 Starlink satellites thus far. Starlink not only serves consumers but has also worked together with other businesses and even government entities.

However, critics have voiced multiple concerns regarding Starlink and massive LEO satellite constellations in general. For once, astronomers lament that the brightness of the satellites (i.e., reflecting against the sun) affects the visibility of telescopes.

Starlink has developed various technologies to mitigate that issue including a dielectric mirror sticker that is placed on the satellite to reflect sunlight away from the Earth.

Another commonly acknowledged issue is the risk of collision in orbit. Those damaged satellites could potentially spin out of control and hit other objects in the process. Starlink satellites are allegedly responsible for over half of close encounters in orbit – a problem only expected to grow with more deployments.

SpaceX has developed a set of technologies, such as on-board collision avoidance systems or reducing the risk of explosion with extensive battery pack protections, to minimize the risk of collision in space.

The methodology with which competitors of Starlink are ranked is based on publicly available data. Information such as the revenue, the number of satellites in orbit, and anything else that’s relevant will be considered.

For comparability’s sake, we will only consider satellite internet providers and thereby exclude firms offering internet plans via fiber-optic cables.

Furthermore, companies that deploy higher altitude geostationary (GEO) orbit satellites, such as HughesNet, Intelsat, or ViaSat will also be excluded. The focus thereby lies on firms trying to set up LEO constellations.

Government entities will be excluded from this list as well. For example, the Chinese government is sponsoring a 10,000-satellite constellation that is going to be deployed by state-owned StarNet.

It has to be noted that this analysis should not be seen as an endorsement of either service. It is merely a summary of the competition that Starlink currently faces.

So, without further ado, let’s take a closer look at the top 5 competitors of Starlink.

OneWeb, initially launched as WorldVu, aims to launch 648 low-earth orbit satellites by the end of 2023. The firm has already deployed 428 of those satellites, thereby making it Starlink’s biggest competitor thus far.

Not only does OneWeb want to provide internet access in remote locations but has recently partnered with Intelsat to eventually offer in-flight internet connectivity to commercial airlines. OneWeb, furthermore, aims to develop solutions for maritime companies and governments.

The road to becoming one of Starlink’s biggest competitors has certainly not been an easy one. In March 2020, OneWeb and its 18 associated entities filed for bankruptcy. Four months later, a consortium comprised of Bharti Global and the Government of the United Kingdom purchased the bankrupt firm in an auction, thus allowing it to exit Chapter 11 bankruptcy.

Due to the ongoing war in Ukraine, OneWeb was, furthermore, forced to halt launches using Russia’s Soyuz rocket (many of which are managed by state-owned firm Roscosmos). Ironically, OneWeb signed a launch contract with SpaceX in March 2022 to launch the remaining satellites.

Soon after, in July, OneWeb and French rival Eutelsat announced that the two firms would merge. The deal would value the combined firm at $3.4 billion. Once merged, the combined entity is expected to generate around $1.22 billion in revenue for the fiscal year 2022/23.

OneWeb had previously raised $4.7 billion in venture funding from investors including SoftBank and Virgin Group (which operates its own launch service dubbed Virgin Orbit).

Telesat is one of the world’s largest satellite operators with annual revenues of $758 million (2021). The firm, instead of directly dealing with consumers, deploys satellites on behalf of other internet service and TV providers.

In addition to its geostationary fleet, Telesat also plans to deploy a LEO constellation of up to 1600 satellites called Lightspeed. It selected Blue Origin’s Glenn rocket to transport up to 35 of its satellites into space.

Unfortunately, business customers have to remain a little more patient. The Telesat Lightspeed service is only set to debut in 2026. Current filings suggest that Telesat needs to deploy a minimum of 70 satellites by the beginning of January 1st, 2026.

Telesat was initially launched as Telesat Canada and owned by the Canadian government. In 1998, the firm was privatized and sold to Bell Canada. Over the coming decades, Telesat went through various owners until it ultimately went public back in November 2021.

Astra not only competes with SpaceX when it comes to launching all kinds of things into space but has since unveiled plans to create its own satellite constellation. In November 2021, it filed with the FCC to eventually deploy 13,620 satellites in three phases to provide global internet coverage.

One of Astra’s key competitive advantages, similar to SpaceX and Starlink, is the fact that it has developed its own rockets (currently on version 3.3), which would allow it to minimize cost while ramping up its launch capabilities.

The firm has raised a total of $800 million in funding, of which $500 million were poured into the firm during its June 2021 IPO. Astra, with around $200 million in cash and $160 million in order backlogs for its launch services, is certainly well capitalized to become a formidable competitor to Starlink.

Kuiper Systems LLC, or Project Kuiper, is a sub-division of e-commerce giant Amazon that aims to deploy 3,236 satellites into LEO by the end of the 2020s. Amazon received FCC authorization back in July 2020 and plans to invest over $10 billion to launch its satellites into space.

Amazon has built a 219,000-square-foot facility in Redmond, Washington in which it will test and manufacture satellites. Over 1,000 people are already working for the division, which is set to launch its first few satellites by the end of 2022.

Interestingly, the FCC license Amazon acquired in 2020 requires the firm to deploy at least half of its planned 3,236 satellites by the end of 2026.

In April 2022, Amazon signed contracts worth billions of dollars with the United Launch Alliance, Europe’s Arianespace, and even Jeff Bezos-founded Blue Origin to get 83 machines into space. The firm, in the past, had been quick to point out that it is launch-agnostic, meaning it wouldn’t just solely rely on Blue Origin.

We can assume, given the various feuds between SpaceX founder Elon Musk and Blue Origin founder Jeff Bezos, that SpaceX will likely be not among those receiving money from Amazon. And just to add a little more fuel to the fire: Project Kuiper is led by Rajeev Badyal, a former vice president of Starlink who was famously fired back in 2018.

AST SpaceMobile, initially incorporated as AST & Science, is the first and only space-based cellular broadband network that can be accessed by regular smartphones. The firm’s eventual LEO satellite constellation aims to provide 4G/5G connectivity throughout the globe.

With a market worth $1 trillion and 51 percent of the world’s population lacking access to reliable mobile broadband, this certainly seems like an idea worth pursuing. AST has raised $820 million in funding, $462 million of which was poured into the firm during its April 2021 IPO, to support that mission.

The company plans to launch 243 satellites into earth’s low orbit. Unfortunately, there’s been some bumps as well. In August 2022, AST announced that it delayed its first commercial launch by six months due to ongoing supply chain issues plaguing the world.

The first five satellites, which will launch aboard SpaceX’s Falcon 9, are going to be 50 percent smaller than initially expected due to the rising costs. AST aims to deploy around 110 satellites by the end of 2024 to offer “substantial global” mobile coverage.

AST’s business model is based on partnering with other mobile network operators that already have an existing customer base. Those operators will then receive a portion of the revenue that AST generates.