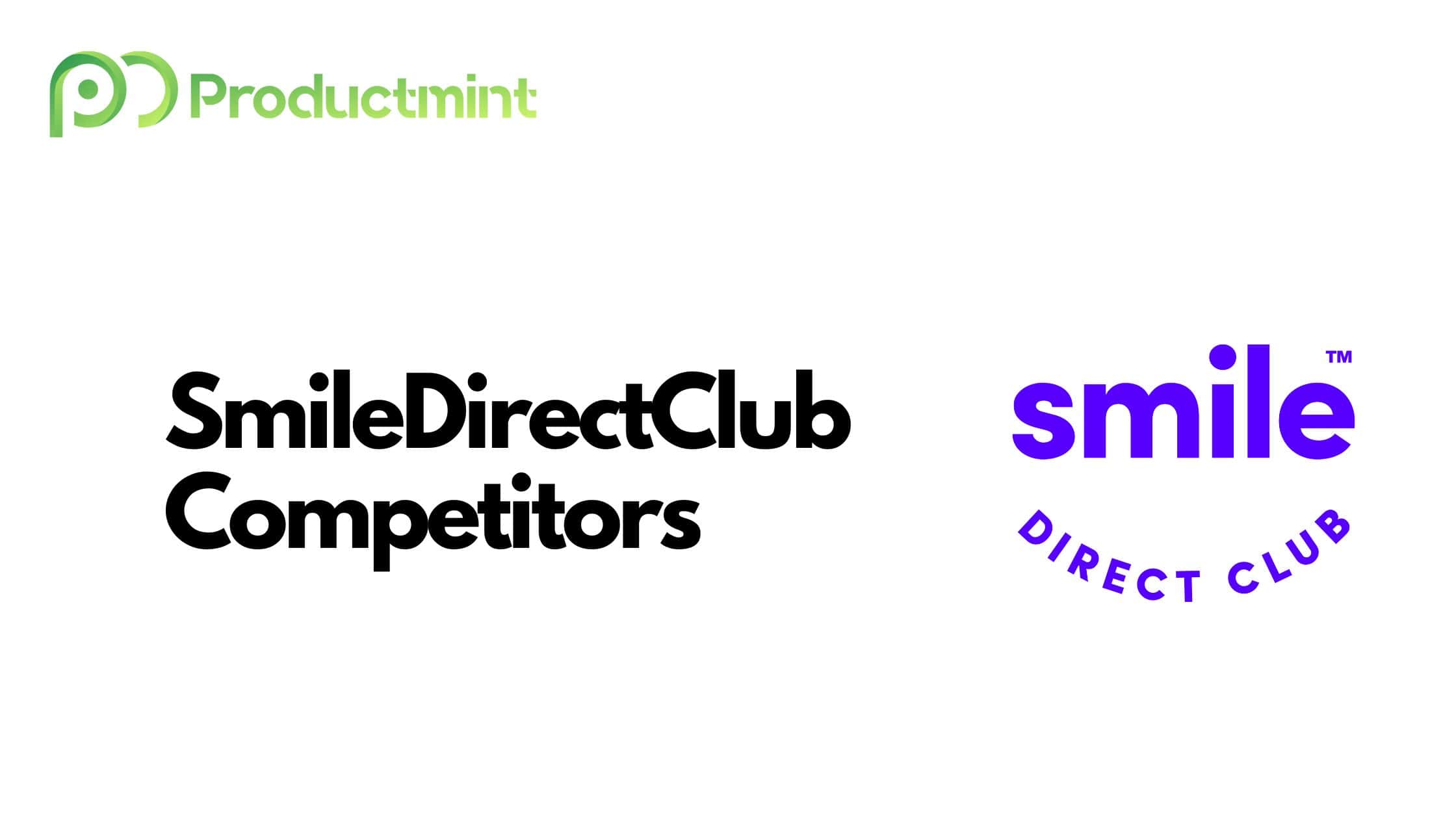 SmileDirectClub is a teledentistry company that offers products and services for straightening one’s teeth from the comfort of their home.

The firm, which is headquartered in Nashville, Tennessee, was founded in 2013 by Alex Fenkell and Jordan Katzman.

SmileDirectClub offers different invisible aligners that are either worn almost all day and during sleep (for 22 hours) or solely at night (10 hours).

Customers first have their teeth scanned either by using a dedicated kit or visiting a partner clinic (it works together with state-licensed dentists and orthodontists). SmileDirectClub then creates a dedicated treatment plan tailored to the customer’s wishes and current situation.

SmileDirectClub is available in the U.S., Canada, the U.K., Ireland, France, and Australia. It suspended operations in Mexico, Spain, Germany, the Netherlands, Austria, Hong Kong, Singapore, as well as New Zealand back in January 2021. However, this analysis still entails companies from these countries to showcase the global aligner market.

Despite the market closures, it still works together with more than 1,000 partners and employs over 2,200 people. More importantly, it has managed to straighten the smiles for well over one million customers across the world.

Investors certainly like what SmileDirectClub has done so far, too. The company raised close to $440 million during its life as a private company. It, furthermore, went public in September 2019, adding another $1.3 billion to its balance sheet.

This has allowed the company to amass a valuation of around $800 million. SmileDirectClub, furthermore, has helped over one million people align their teeth since its inception. In 2021, the company generated $638 million, making it one of the highest-grossing services in the industry.

The competitors of SmileDirectClub are ranked based on a variety of factors. Public data, where available, is taken into account and can include information such as the number of customers, revenue, employee count, valuation, and more. Not every competitor of SmileDirectClub is public, which means that data points such as the firm’s valuation or revenue may not be available.

This analysis should not be considered as a recommendation to make a purchase. It is merely a summary of all the competition that SmileDirectClub faces as of today.

So, without further ado, let’s take a closer look at the top 10 competitors of SmileDirectClub.

Invisalign is quite literally the godfather of the invisible aligner industry and the reason why many of the competitors in this article even exist.

It was Invisalign that invented the treatment and its patents allowed the company to dominate the market for close to 20 years. However, in October 2017, 40 patents held by Invisalign finally expired and opened the doors for competitors – such as SmileDirectClub.

The biggest difference between Invisalign and SmileDirectClub is the way treatment is conducted. While Invisalign offers administered in-office treatment by a dentist or orthodontist, SmileDirectClub’s patients are attended to remotely by a licensed dental professional. That, in turn, makes its treatment substantially cheaper.

The company behind Invisalign, Align Technology, was able to raise $136 million in venture funding and another $130 million when it went public in January 2001. Today, it is valued at around $36 billion, making it the clear leader in the industry.

In 2021, Align Technology generated $4 billion in revenue (up 59 percent from the year prior), of which $3.2 billion could be attributed to Invisalign. Moreover, it employs close to 10,000 people, by far the largest in the industry.

Candid, even more so than SmileDirectClub, is a fairly new entrant to the invisible aligner game. It differentiates itself from SmileDirectClub by mandating in-person care as part of the treatment.

Another difference between Candid and SmileDirect is that Candid only works with licensed orthodontists while the latter also offers dentists and doctors as options.

Investors certainly like Candid’s differentiated approach. The firm has raised over $86 million in funding. It now employs close to 350 people. Candid has helped tens of thousands of customers improve their smiles.

Byte differentiates itself from the other industry players by offering a significantly shorter treatment time (around 3 to 4 months). This is made possible because of its HyperByte device, which utilizes mild vibrations to move teeth more effortlessly.

In January 2021, the company was acquired by MedTech giant Dentsply Sirona for an eye-catching $1 billion. Byte, which currently employs over 300 people, has stated that its goal is to successfully treat 50,000 people by 2025.

The company has sold over 50,000 treatments thus far and raised $88 million in the process. This makes it one of Germany’s best-funded MedTech startups next to companies such as BioNTech (maker of the Pfizer vaccine) and Curevac.

PlusDental has a strong presence across Europe and is available in 10 countries. It, furthermore, employs close to 300 people.

Houston-based dentist Willis Pumphrey started ClearCorrect in 2006 after the firm that supplied his patients with invisible dental aligners closed its doors.

He managed to sell the company in August 2017 to Straumann for a total of $150 million – without raising a cent in outside funding.

It now employs a total of 320 employees and is available in over 40 countries across the globe. Additionally, it has treated more than six million patients with clear aligner technology.

The technology for SureSmile was initially developed in 1999 by OraMetrix, which was created as a result of a merger between two medical technology companies.

OuraMetrix as well as SureSmile was ultimately sold to Dentsply Sirona in 2018 (just like Byte). The medical giant uses its reach to advertise SureSmile to customers across the United States.

While the company does not publish much data about its performance, it can be assumed that it remains one of the leading providers in the United States simply due to its longevity and backing.

Another U.S.-based competitor of SmileDirectClub is Uniform Teeth, which as of now only serves customers in the United States.

Uniform Teeth tries to differentiate itself by always including an orthodontist in its treatment process while claiming that its treatment time is two times faster than that of a normal dentist.

The company currently has clinics in the Chicago, Seattle, as well as San Francisco Bay area. It has raised $14 million in funding thus far.

The last competitor to SmileDirectClub is NewSmile, which as of now serves customers in the United States and Canada.

NewSmile is certainly a late entrant in the aligning game, which it tries to compensate by severely undercutting its competitors on pricing. Its at-home clear aligners are currently the second cheapest available in the markets it serves.

So far, the company has not raised any outside funding. At this point, NewSmile employs around 50 people.

Zenyum is the leading invisible teeth aligner in Southeast Asia. Apart from serving its home market of Singapore, it is also available in Hong Kong, Indonesia, Malaysia, Taiwan, Thailand, and Vietnam.

It not only offers invisible aligners but has since expanded into other dental products such as electronic toothbrushes and toothpaste.

Zenyum has raised a total of $55.1 million across three rounds of funding. It employs over 250 people.

DrSmile is another European-born company in the invisible aligner industry. While it started out in Germany, it now serves 10 other countries such as Austria, Spain, France, Sweden, Poland, the U.K., and more.

The company focuses on ensuring quality by having every customer go through a dental check-up before getting their teeth aligned. It has over 50 partner practices in Germany alone.

Despite not having raised any outside funding, the company has still managed to serve tens of thousands of customers. It employs close to 400 people.

One of SmileDirectClub’s biggest competitive advantages, especially when comparing it to Invisalign, is the firm’s substantially cheaper price point.

While Invisalign treatments cost anywhere between $3,000 to $8,000, SmileDirectClub customers can get their teeth fixed for less than $2,000.

This allows SmileDirectClub to target a much broader set of customers. While more affluent customers would likely go with Invisalign, price-conscious consumers will certainly find SmileDirectClub appealing.

In comparison to smaller competitors, which can offer similar price points, SmileDirectClub shines because of its physical retail presence.

It runs more than 300 brick-and-mortar shops in which customers can be prepared for treatment. Additionally, it has formed in-store partnerships with CVS and Walgreens who conduct treatments on behalf of SmileDirectClub.

Lastly, brand recognition alone will likely allow SmileDirectClub to always stay at the top of the customer’s mind. This is especially crucial in an industry where customers likely only use a service once. As a result, SmileDirectClub does not need to spend as much money on advertising as newly launched startups to make customers aware of its products and services.

It can be concluded that SmileDirectClub remains a distant second to Invisalign in the invisible aligner market.

For example, in 2021, SmileDirectClub managed to generate $638 million in revenue, which was dwarfed by the $3.2 billion that Invisalign grossed.

However, it became only the second company in the industry to be publicly traded, which indicates that it has still been able to attract a significant number of customers.

Nevertheless, upstarts across the world are now gunning for SmileDirectClub’s position. These competitors are oftentimes not only well-funded but try to differentiate themselves by offering alternative treatment methods or much cheaper pricing.