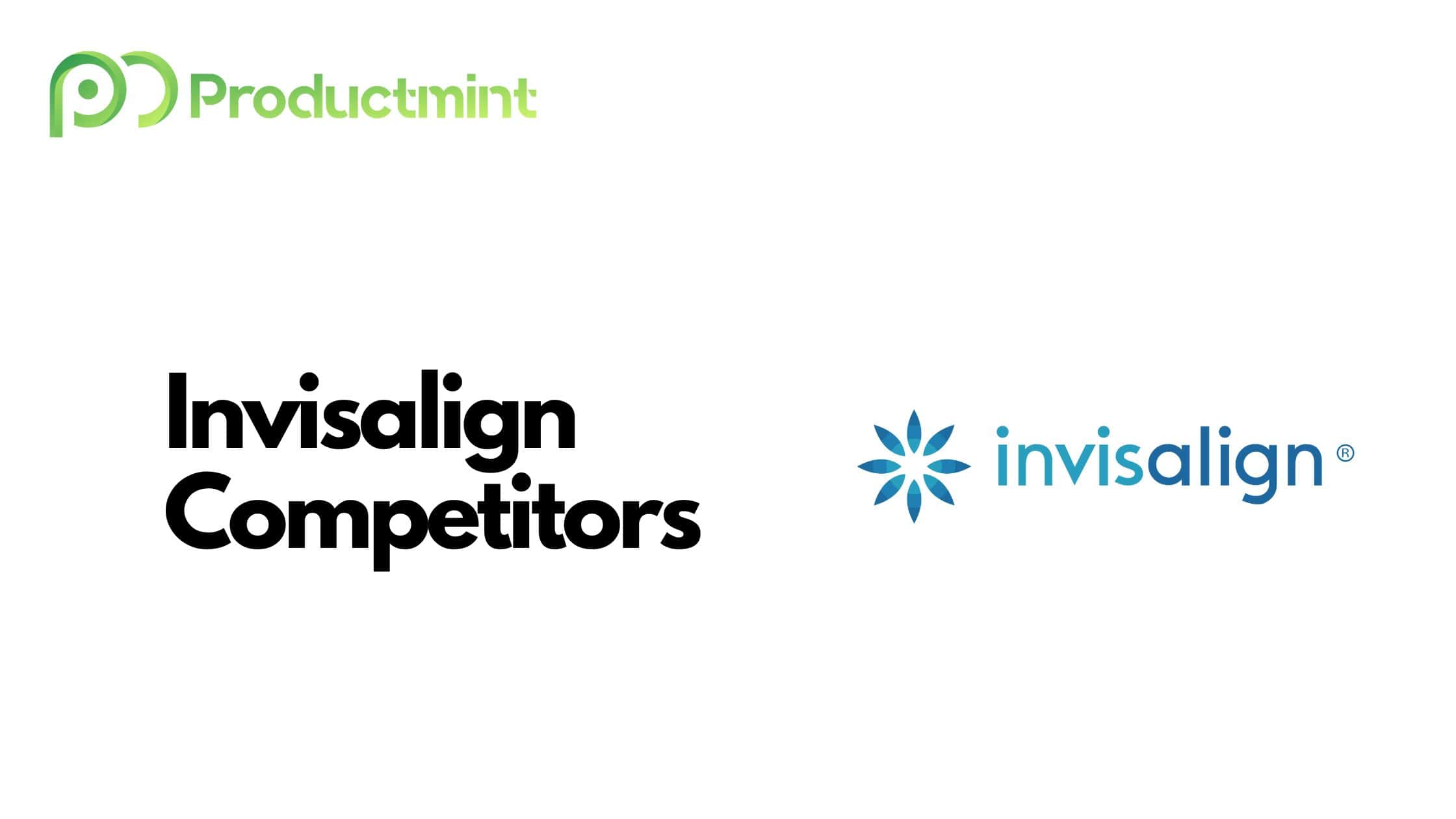 Invisalign, a sub-organization of Align Technology, is a teledentistry company that offers products and services for straightening one’s teeth from the comfort of their home.

The firm, which is headquartered in San Francisco, California, was founded in 1997 by Kelsey Wirth and Zia Chishti.

Invisalign’s products can treat a variety of cases such as overbite, underbite, crossbite, crowded teeth, gap teeth, and many more. Here’s how the procedure is conducted. Over 90 countries, such as the United States, Canada, China, Japan, and Germany have access to Invisalign treatments.

First, customers visit an administered dentist or orthodontist who utilizes the company’s iTero Element scanner to create a 3D digital scan of the customer’s teeth. The medical professionals then create a dedicated treatment plan, which normally involves wearing the device up to 22 hours per day.

In fact, Invisalign was the company that pioneered the treatment of invisible aligners. For 20 years, it essentially had the market to itself. However, in October 2017, many of its patents expired, which opened the floodgate for new competitors to enter – and be covered in this article.

Despite the onslaught of additional competition, Align Technology, which now also offers software and other types of medical software, remains one of the most dominant companies in the space. It has managed to sell over 12 million treatments to customers to date.

Align Technology itself is currently valued at around $36 billion. In 2021, it generated $4 billion in revenue of which $3.2 billion could be attributed to Invisalign. Close to 10,000 people are employed by the company and another 100,000 Invisalign-trained orthodontists and dentists work together with it.

The methodology with which competitors of Invisalign are ranked is based on public data (where available). Data points can include the amount of customers treated, annual revenue, valuation, number of employees, and more.

This analysis should not be considered as a recommendation to make a purchase. It is merely a summary of all the competition that Invisalign faces as of today.

So, without further ado, let’s take a closer look at the top 12 competitors of Invisalign.

SmileDirectClub remains the largest competitor to Invisalign. It tries to differentiate itself by offering a substantially cheaper treatment while still working together with licensed medical professionals.

Moreover, SmileDirectClub works together with CVS and Walgreens to conduct assessments in their stores. Despite closures in eight markets in January 2021, SmileDirectClub still has a strong presence in the U.S., Canada, the U.K., Ireland, France, and Australia.

During its time as a private company, it raised a whopping $439.5 million from investors. Another $1.3 billion were raised during its IPO in September 2019. Unfortunately, SmileDirectClub’s valuation has since diminished from $8.9 billion down to around $800 million.

For the fiscal year 2021, SmileDirectClub, which employs over 2,200 people, generated $638 million in revenue (down 2.9 percent from the year prior). So far, more than one million people have had a successful treatment administered by SmileDirectClub.

Candid, even more so than SmileDirectClub, is a fairly new entrant to the invisible aligner game. It differentiates itself from SmileDirectClub by mandating in-person care as part of the treatment.

Another difference between Candid and SmileDirectClub is that Candid only works with licensed orthodontists while the latter also offers dentists and doctors as options – something that Invisalign also does.

Investors certainly like Candid’s differentiated approach. The firm has raised over $86 million in funding. It now employs close to 350 people. Candid has helped tens of thousands of customers improve their smiles.

Byte differentiates itself from the other industry players by offering a significantly shorter treatment time (around 3 to 4 months). This is made possible because of its HyperByte device, which utilizes mild vibrations to move teeth more effortlessly.

In January 2021, the company was acquired by MedTech giant Dentsply Sirona for an eye-catching $1 billion. Byte, which currently employs over 300 people, has stated that its goal is to successfully treat 50,000 people by 2025.

The company has sold over 50,000 treatments thus far and raised $88 million in the process. This makes it one of Germany’s best-funded MedTech startups next to companies such as BioNTech (maker of the Pfizer vaccine) and Curevac.

PlusDental has a strong presence across Europe and is available in 10 countries. It, furthermore, employs close to 300 people.

Houston-based dentist Willis Pumphrey started ClearCorrect in 2006 after the firm that supplied his patients with invisible dental aligners closed its doors.

He managed to sell the company in August 2017 to Straumann for a total of $150 million – without raising a cent in outside funding.

It now employs a total of 320 employees and is available in over 40 countries across the globe. Additionally, it has treated more than six million patients with clear aligner technology.

The technology for SureSmile was initially developed in 1999 by OraMetrix, which was created as a result of a merger between two medical technology companies.

OuraMetrix as well as SureSmile was ultimately sold to Dentsply Sirona in 2018 (just like Byte). The medical giant uses its reach to advertise SureSmile to customers across the United States.

While the company does not publish much data about its performance, it can be assumed that it remains one of the leading providers in the United States simply due to its longevity and backing.

China is certainly one, if not the most important consumer market for many companies across the world. The invisible aligner industry is certainly no exception.

Angel Align is by far the largest local player. The company raised $23.6 million in venture capital funding and successfully went public in June 2021. It is currently valued at about $3.5 billion.

In its IPO prospectus, Angel Align claims that it has a market share of 40 percent in China, which is equal to the number Invisalign propagates.

Another U.S.-based competitor of SmileDirectClub is Uniform Teeth, which as of now only serves customers in the United States.

Uniform Teeth tries to differentiate itself by always including an orthodontist in its treatment process while claiming that its treatment time is two times faster than that of a normal dentist.

The company currently has clinics in the Chicago, Seattle, as well as San Francisco Bay area. It has raised $14 million in funding thus far.

The last competitor to SmileDirectClub is NewSmile, which as of now serves customers in the United States and Canada.

NewSmile is certainly a late entrant in the aligning game, which it tries to compensate by severely undercutting its competitors on pricing. Its at-home clear aligners are currently the second cheapest available in the markets it serves.

So far, the company has not raised any outside funding. At this point, NewSmile employs around 50 people.

Zenyum is the leading invisible teeth aligner in Southeast Asia. Apart from serving its home market of Singapore, it is also available in Hong Kong, Indonesia, Malaysia, Taiwan, Thailand, and Vietnam.

It not only offers invisible aligners but has since expanded into other dental products such as electronic toothbrushes and toothpaste.

Zenyum has raised a total of $55.1 million across three rounds of funding. It employs over 250 people.

Despite being a fairly recent entrant in the invisible aligner industry, Basma has already made a significant dent in the Middle East and North Africa.

The company tries to differentiate itself by offering the treatment at a substantially cheaper price point thanks to the fact that the process is conducted fully remote. It works together with dozens of doctors across the MENA region to handle customer demand.

Its founder and CEO Massoud, who comes from a long tradition of orthodontists, managed to attract $4.2 million in venture funding so far. Basma already employs over 70 people.

DrSmile is another European-born company in the invisible aligner industry. While it started out in Germany, it now serves 10 other countries such as Austria, Spain, France, Sweden, Poland, the U.K., and more.

The company focuses on ensuring quality by having every customer go through a dental check-up before getting their teeth aligned. It has over 50 partner practices in Germany alone.

Despite not having raised any outside funding, the company has still managed to serve tens of thousands of customers. It employs close to 400 people.

Invisalign possesses a variety of competitive advantages such as owning the rights to hundreds of patents or offering the most sophisticated partner network.

As previously stated, Invisalign works together with over 100,000 accredited medical professionals, which is by far the largest number in the industry.

SmileDirectClub, for reference, only equals a hundredth of that number with its 1,000 partners. Most other startups don’t even cross the three-digit mark.

In the past, many invisible aligner companies were the target of criticism because they didn’t employ very rigorous medical standards, which sometimes resulted in poor treatment results.

Consequently, Invisalign ensures quality by mandating that customers are visiting a certified medical professional both prior as well as during the treatment. This is also the reason why its offering is substantially more expensive.

However, for the high-end market, namely customers willing to pay for greater quality, Invisalign remains the undisputed leader. Its competitors often target a younger and less affluent demographic, for example by utilizing an army of influencers.

Another competitive advantage of Invisalign is the fact that it has over 400 patents to its name. While a substantial number (40) expired back in October 2017, which opened the floodgates to new entrants, many of its patents can still only be used by the company.

As a result, it can offer treatments not only for small corrections but even some of the most severe conditions out there.

Invisalign remains by far the largest and most successful manufacturer and distributor of invisible aligner treatments.

However, startups and growth companies across the world are now gunning for its leadership position in all the markets it operates in.

These companies are often supported by (tens of) millions in venture funding. Moreover, they try to differentiate themselves by severely undercutting Invisalign on price – often by compromising on the quality of the treatment.