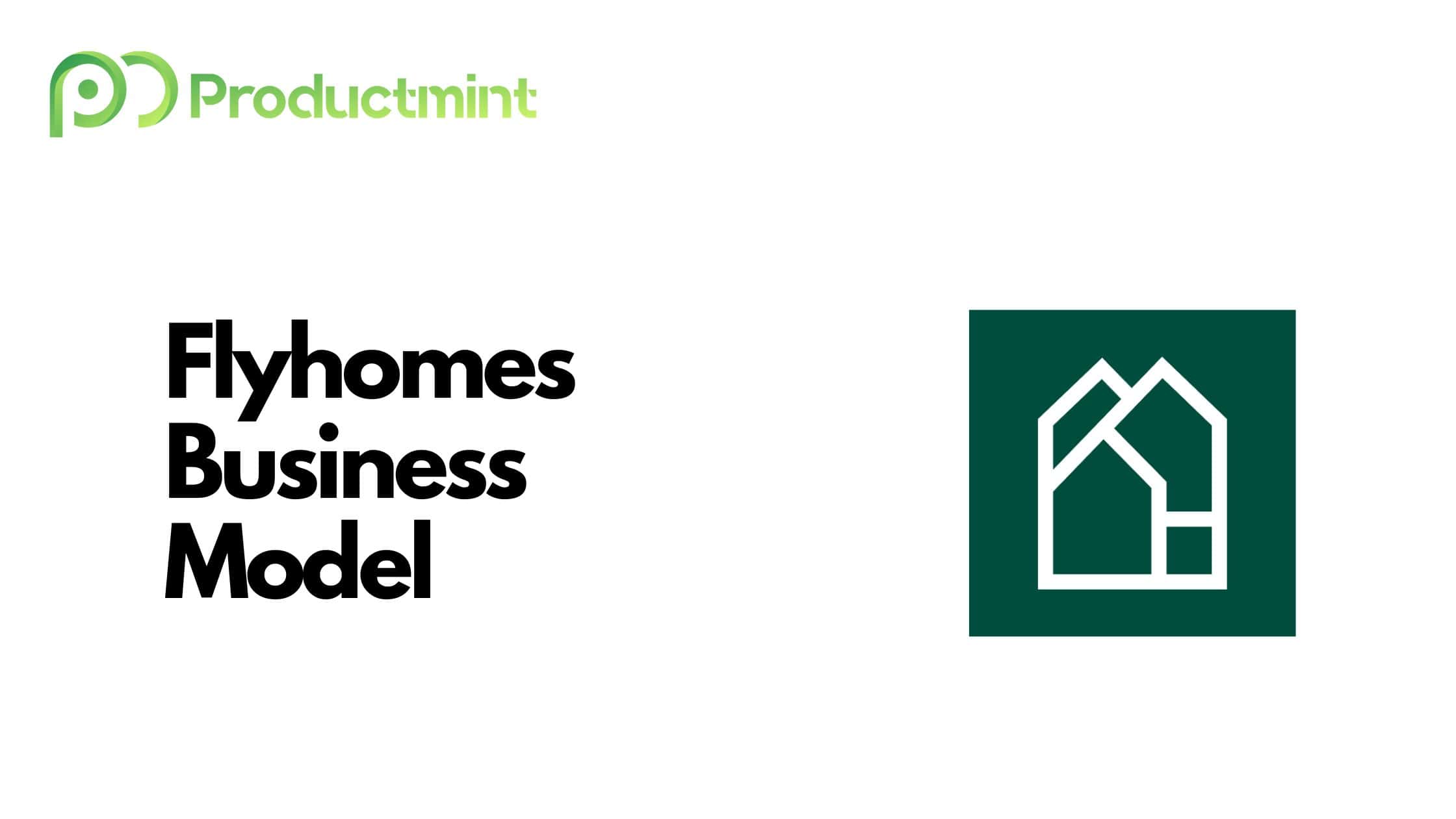 Flyhomes is an online real estate brokerage and mortgage broker that allows homeowners to trade in their properties for a new unit.

Flyhomes primarily makes money through a variety of fees as well as through interest rates on mortgages it issues.

Founded in 2015, Flyhomes is now one of the fastest-growing real estate brokerages in the United States. Around $3 billion worth of homes have been transacted through the platform since it was started.

Flyhomes is an online real estate brokerage and mortgage broker that allows homeowners to trade in their properties for a new unit.

When purchasing a property with Flyhomes, customers are pre-underwritten for loans within 24 hours, meaning buyers are fully approved before starting the search process.

Buyers can consequently filter and search for properties either on the Flyhomes app or its website. Tours can be scheduled with a Flyhomes representative once an interesting home is found.

Once a suitable property is found, Flyhomes will submit a cash offer on the customer’s behalf. Buyers are then given 90 days to finalize a loan outside of Flyhomes or apply for one through the platform’s mortgage service.

Furthermore, Flyhomes offers a 1 percent rebate to customers who choose to borrow from the platform and don’t seek an outside loan.

The company also provides buyers with a one-year guarantee that enables them to move out of their property at no cost should anything be wrong.

Similarly, Flyhomes provides a variety of different services when selling one’s home through the platform.

Not only does the firm handle tasks such as cleaning or staging but it even manages the whole listing process by uploading the property on various sites and promoting it via ads, email, and so forth. Additionally, Flyhomes creates a virtual representation of each property, thus allowing customers to have online tours.

Flyhomes is currently available in more than a handful of states including California, Colorado, and Massachusetts.

Dissecting the Founding Story of Flyhomes

Flyhomes, which is headquartered in Seattle, Washington, was founded in 2015 by Stephen Lane and Tushar Garg.

The founders held a variety of different positions in tech and finance. Coincidentally, Garg and Lane both worked at Seattle-based tech giant Microsoft but this is not where they wound up meeting.

They both decided to pursue an MBA at Kellogg where they ended up meeting each other during a class called New Venture Development.

Initially, they planned to build a solution using machine learning, which would bring more transparency to the home-buying process.

In order to understand that process more profoundly, they even became licensed realtors – a decision that would prove to be the key to launching Flyhomes.

Garg realized how broken the home-buying process actually was when he helped his former boss at Microsoft to purchase a property.

Armed with the commission from that transaction, the two decided to instead focus on tackling the home-buying process through a world-class service instead of just utilizing technology.

In the beginning, the two founders would even wait in front of open houses to approach potential buyers and inform them about the startup they just launched.

But the single biggest reason for their early success was simply to focus on hyper-competitive markets like Seattle. By relying on a team of individual experts instead of one single agent who may not know all there is about staging, cleaning, and so forth, they were able to attract clients from firms like Amazon and Microsoft early on.

After over a year of bootstrapping the business, the founding team finally raised its first round of funding. In October 2017, Flyhomes raised $2 million in equity and another $2 million in debt funding.

A mere 9 months later, the company managed to close another $17 million from world-renowned investors such as Andreessen Horowitz.

The cash injection enabled Flyhomes to start making cash offers on behalf of their buyers, which enabled them to close the home of their dreams more easily and thus led to more customer growth.

Additionally, Flyhomes was able to expand into new markets such as Chicago, Boston, and the Bay Area, on top of adding a mortgage service back in June 2018.

Meanwhile, the company also had to go through some serious leadership changes. Co-founder Stephen Lane stepped down as CEO and ultimately handed the keys to Tushar Garg who has been leading the company ever since. Lane, on the other hand, first became an executive chairman and now works as the Head of Partnerships for Boston-based Insurify.

Luckily, Flyhome’s growth remained unaffected. In August 2019, it amped up its balance sheet with another $120 million in debt and $21 million in equity funding. The funding enabled Flyhomes to launch its Trade Up program, thus allowing buyers and sellers to trade in their homes.

Even the Covid pandemic, which saw the firm temporarily releasing workers, didn’t halt its growth. By the summer of 2021, boosted by a heated real estate market, Flyhomes managed to cross $2.6 billion worth of home-buying and selling transactions while having worked with over 2,700 customers.

This enabled the company to yet again tap into the capital markets, raising $150 million at a post-money valuation of $800 million in June 2021. Once again, the money was used to expand into new markets like Colorado (01/2022), almost double its employee base, and launch products such as its Guarantee for Buyers.

Unfortunately, the party wouldn’t last forever, though. Flyhomes, as a result of heightened interest rates and subsequent cooling of the real estate market, laid off a substantial number of its workforce. In July 2022, it first reduced its headcount by 20 percent only to release another 40 percent of staff in November.

So far, Flyhomes has helped its customers to buy and sell $3 billion worth of homes. But how does the company actually monetize those transactions?

How Does Flyhomes Make Money?

Flyhomes primarily makes money through a variety of fees as well as through interest rates on mortgages it issues.

The fees that Flyhomes charges apply to both the buyer and seller and may vary depending on the types of services one opts into.

When purchasing a property with Flyhomes, buyers are not charged fees. Those fees are levied on the seller of the house and normally range between 2.5 percent to 3 percent.

However, buyers are charged a quasi-rental fee of $100 to $200 per day once they move into their homes but haven’t secured financing yet.

Buyers are consequently monetized through the mortgages that they source via Flyhomes’ lending business. Flyhomes pre-underwrites applicants before they start shopping for a house, thus enabling them to be in the clear about their budget.

Furthermore, Flyhomes incentivizes applicants to take out loans through its lending division by offering a 1-percent rebate after closing on a property. And if they don’t dig the home they bought, then they can simply return it within 12 months.

However, the company likely makes that money back by imposing slightly greater interest rates compared to traditional lenders. Flyhomes, just like any other lender, also charges buyers origination fees as well as desktop appraisal fees.

Home sellers are charged a listing fee between 2 – 2.5 percent. Those fees can be reduced to 1.25 – 1.5 percent if the seller opts out of the additional services that Flyhomes offers, namely cleaning, staging, advertising, and so forth.

These fees should not be mistaken for the buyer’s agent commission, which the seller is also charged with. Therefore, if the buyer is represented by Flyhomes, then the brokerage gets to pocket those fees as well.

Additionally, sellers may also be charged fees associated with closing costs as well as repairs, which may add another 2 percent to 5 percent to the overall payment that Flyhomes receives.

The business model of Flyhomes is thus very identical to that of a traditional real estate brokerage. Flyhomes tries to differentiate itself from that competition by offering various guarantees to both buyers and sellers, allowing for maximum flexibility (such as allowing buyers to move out within one year), and by utilizing tech to ease communication between all parties involved.

Flyhomes is certainly not a unique example in this regard. Compass has utilized a tech-first approach to become one of North America’s largest real estate brokerages.

Another aspect to note is that Flyhomes is not an iBuyer, meaning it does not algorithmically purchase homes with the intention of flipping them for a quick profit. Instead of speed, its focus is delighting both buyers and sellers through a world-class and personable service.

Flyhomes, according to Crunchbase, has raised a total of $310 million across 5 rounds of debt and equity funding.

Notable investors in the company include Andreessen Horowitz, Canvas Ventures, Norwest Venture Partners, and many more.

Flyhomes was last valued at $800 million after the firm raised $150 million in Series C funding back in May 2021.

Unfortunately, revenue figures are currently not disclosed by Flyhomes, which remains in private ownership and is thus not obligated to share those numbers.