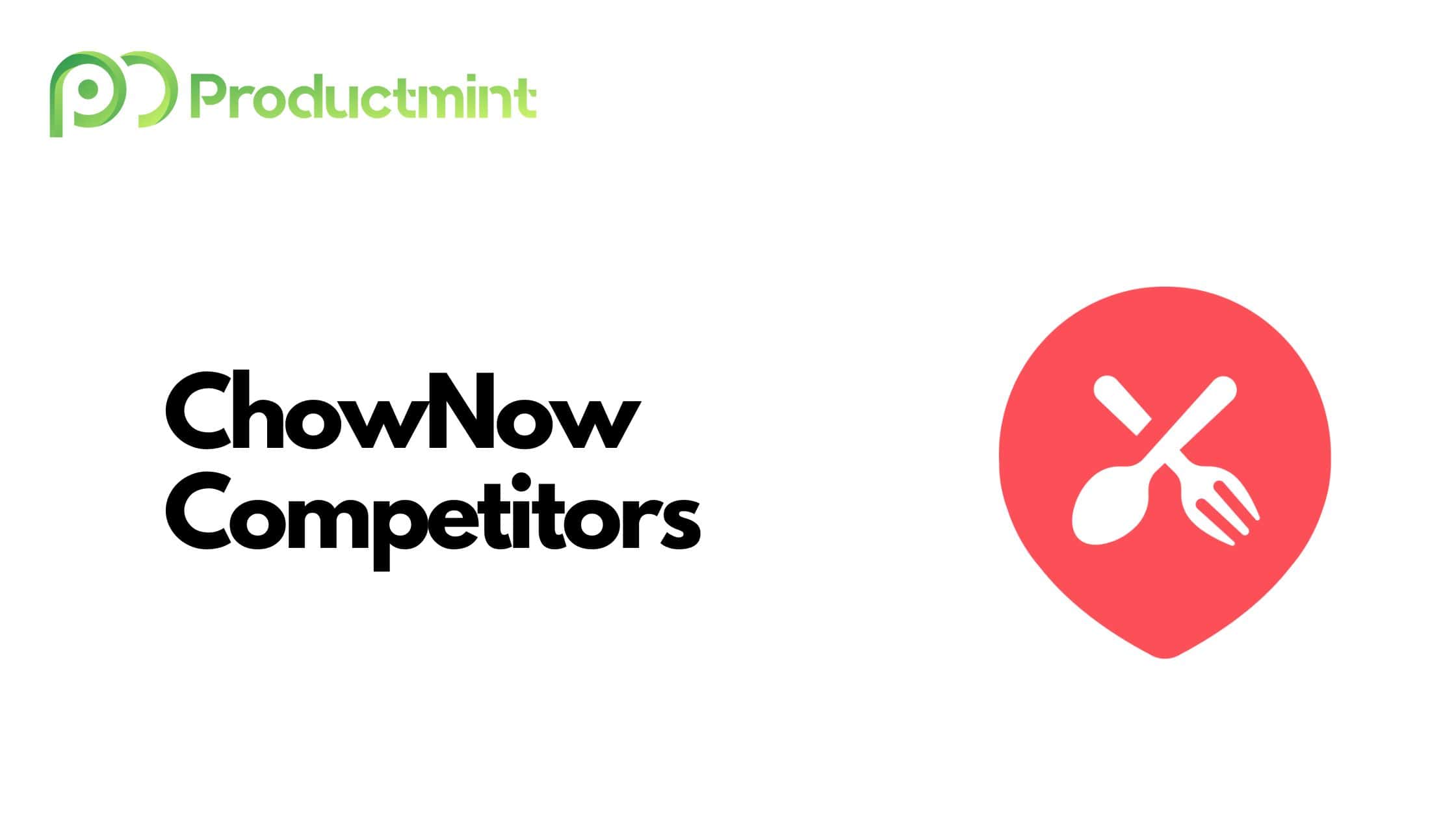 ChowNow is an on-demand food delivery platform that allows customers to order meals from restaurants in proximity.

The company, which is headquartered in Playa Vista, California, was founded in 2010 by Christopher Webb and Eric Jaffe.

ChowNow differentiates itself from other restaurant delivery services through one key aspect: its business model. Instead of charging commissions for every sale, which can be as high as 40 percent, Chow makes the bulk of its money via subscription fees that restaurants pay.

Restaurants in the past have lamented the fact that they operate at close to zero profits due to the high commissions that are levied upon them. ChowNow turns that concept on its head by charging a flat fee. Consequently, restaurants can grow alongside ChowNow and vastly increase their margins with every new order.

ChowNow, furthermore, provides restaurants with additional tools to grow their businesses. For example, its Order Better Network allows them to advertise their meals and sell them on other platforms such as Google, OpenTable, Snapchat, Nextdoor, Yelp, and others.

Today, ChowNow partners with over 20,000 restaurants across the United States and continues to grow rapidly. It has raised an additional $64 million in funding to support its growth.

More than 500 people are currently employed by the company whose iOS app has been reviewed over 15,000 times.

The methodology with which competitors of ChowNow are ranked is based on publicly available information. Data points such as the revenue generated, the number of employees, the number of cities served or drivers on the platform, app downloads, and anything else in between will be considered.

Consequently, only competition in the United States will be taken into account since this is the only market that ChowNow currently operates in.

So, without further ado, let’s take a closer look at the top 8 competitors of ChowNow.

DoorDash is the leading restaurant delivery service in the United States, boasting a market share of close to 60 percent. It has since expanded into other countries (such as Australia and Japan), acquired competitors (e.g., Wolt for $8.1 billion), and makes money through a variety of business lines (including catering, grocery delivery, or logistics services).

The company has now over two million couriers delivering meals, groceries, and anything else in between. An additional 6,000 people are employed by DoorDash on a full-time basis.

Additionally, DoorDash raised $2.5 billion during its startup life and another $3.4 billion when it went public in December 2020. In 2021 alone, the company generated $4.8 billion in revenue. The company is currently valued at around $30 billion.

Uber Eats is the food delivery subsidiary of the transportation giant Uber. The platform was initially launched in 2014 as UberFRESH and, a year later, renamed to Uber Eats.

Uber Eats is currently available in more than 6,000 cities across 45 countries. This makes it the world’s most popular food delivery platform in terms of coverage. The parent company, unfortunately, does not disclose how many drivers are performing work on the Uber Eats platform.

In 2021, Uber Eats generated $8.3 billion in revenue. The United States naturally remains its strongest market where it accounts for 24 percent of all meal delivery sales (only trailing DoorDash).

The service, furthermore, works together with more than 600,000 restaurants. Its iOS app has been rated an impressive 5.3 million times.

Grubhub is one of the oldest services on this list, having initially started as a restaurant listing site. Those restaurants would then take care of the delivery themselves. In 2015, as a reaction to the pressure that DoorDash and Uber Eats put on its business, Grubhub also entered the food delivery race.

That pivot was financed by its 2014 IPO, which allowed the company to raise $192.5 million (on top of the $84.1 million in equity funding it got before). To remain competitive, Grubhub decided to sell itself to Just Eat Takeaway for a whopping $7.3 billion in June 2020. Both Delivery Hero and Uber were trying to purchase the business as well.

Grubhub’s market share in the United States, the only country it operates in, is currently equal to 14 percent. Just Eat Takeaway said that revenues for its North America division, which mostly includes Grubhub, equaled $2.67 billion in 2021.

However, in recent times, Just Eat Takeaway has contemplated selling Grubhub after facing pressure from investors to explore strategic deals.

Grubhub, furthermore, employs around 6,000 people. It counts 320,000 restaurants as partners and is available in 4,000 cities across the United States. Its iOS app was rated 3.5 million times alone.

Postmates started out as a logistics-focused service that would deliver anything from food all the way to electronics such as the iPhone. After Uber acquired the service for $2.7 billion in July 2020, it fully pivoted towards food delivery.

Prior to the takeover, Postmates has been one of the highflyers in the delivery space. It raised $763 million in funding. In recent times, Uber has put more resources towards its own Eats division as opposed to Postmates (a common tactic in competitive markets is to acquire competitors and then slowly faze them out).

Postmates remains one of the leading restaurant delivery services in the United States, though. It still accounts for about three percent of all food delivery sales in the country. 500,000 restaurants are part of its platform.

Its service is available in 3,500 cities in the country, which allows Postmates to serve 70 percent of all households in the United States. Its iOS app has been reviewed 1.8 million times on top of that.

Seamless is another OG in the online food space. Much like Grubhub, it began as a restaurant listing marketplace. In 2013, it merged with Grubhub to create the leading food ordering platform (that was until DoorDash and Uber Eats disrupted the market) in the United States.

These days, most of its employees are part of Grubhub (or Just Eat Takeaway.com, to be more precise). One strong indicator is the fact that Seamless doesn’t even have its own ‘About’ page and actually links to the Grubhub website.

Nevertheless, the company still has a strong foothold on the East Coast where it originated. Its iOS app, for example, was reviewed close to 450,000 times.

Caviar is another food delivery business that has been acquired by a larger player in the industry. In March 2019, it was purchased by DoorDash for $410 million. Square had previously acquired Caviar in August 2014 for $90 million in stock compensation.

The service, despite claims from Caviar employees that Square and DoorDash were mistreating them over acquisition offers, remains a meaningful player in the North American market. It accounts for around one percent of all meal delivery sales.

DoorDash, furthermore, has integrated Caviar’s offering into its own platform. For example, DashPass members also get to take advantage of free deliveries and other discounts on the Caviar app.

Caviar continues to employ around 400 people. Moreover, its iOS app has been reviewed around 150,000 times.

Another staple on this list is delivery.com, which brands itself as your friendly neighborhood delivery service. Consumers can order a variety of items, namely ready-made meals, alcohol, and other types of groceries.

Over 19,000 merchants are now part of the delivery.com platform, which works together with independent contractors to deliver food to both individuals as well as business customers.

The company, at least thus far, has opted against raising outside funding. Despite its frugality, it has been able to reach 2,400+ cities in the United States, three million users, and generated 30 million orders thus far. Additionally, around 500 people are employed by delivery.com on a full-time basis.

The last company on this list may not be going after the same types of customers as ChowNow but nonetheless competes for hungry stomachs as well – and is incredibly successful in doing so. HelloFresh is a so-called meal kit service, meaning it delivers ingredients that enable customers to cook for themselves.

And it has been extremely successful in doing so. It currently accounts for 69 percent of all meal kit sales in the United States. It has close to four million customers in the country alone.

The company had previously raised $367 million in funding. It netted another €320 million when it went public in November 2017. In 2021, HelloFresh generated €3.4 billion in revenue. Its business is currently valued at around $6 billion.